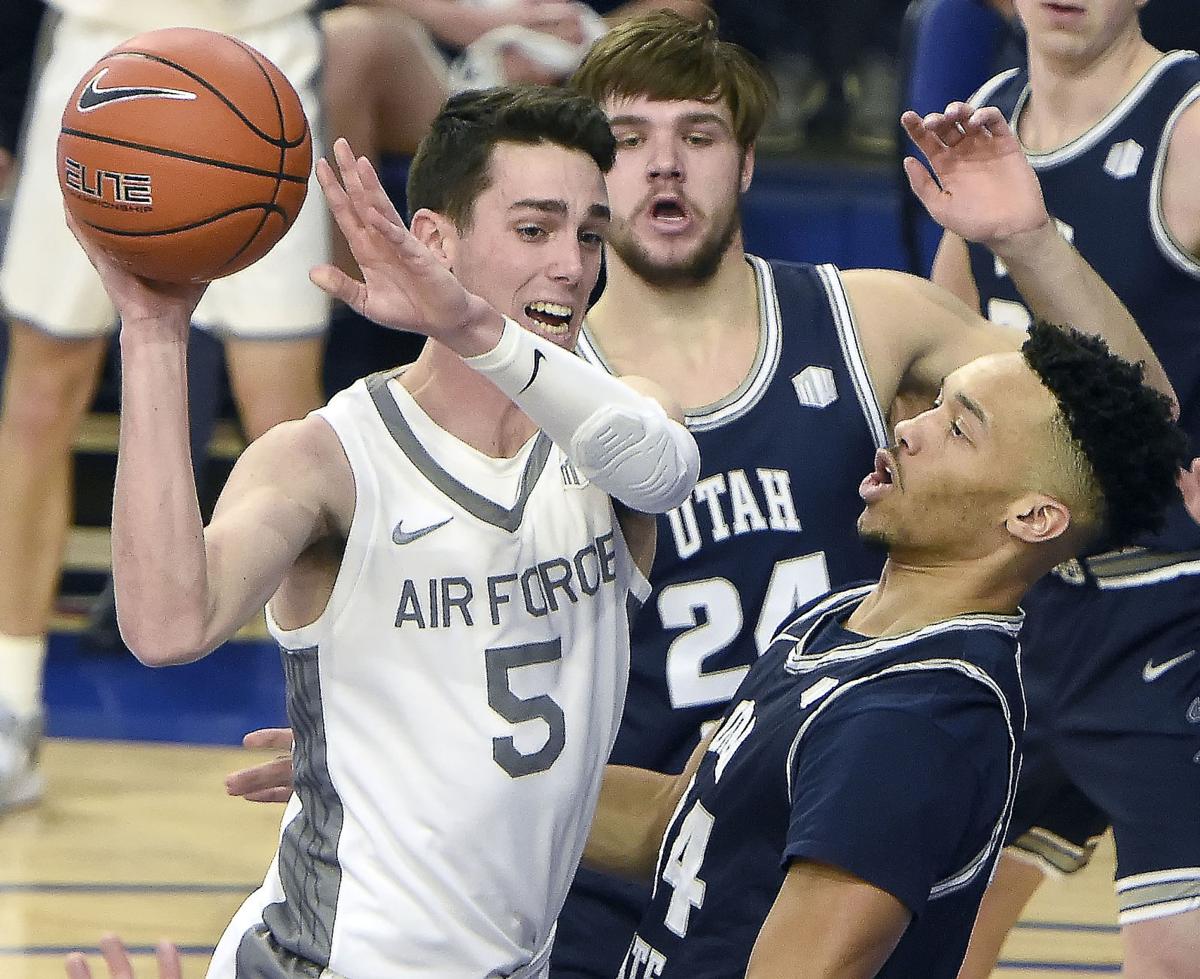 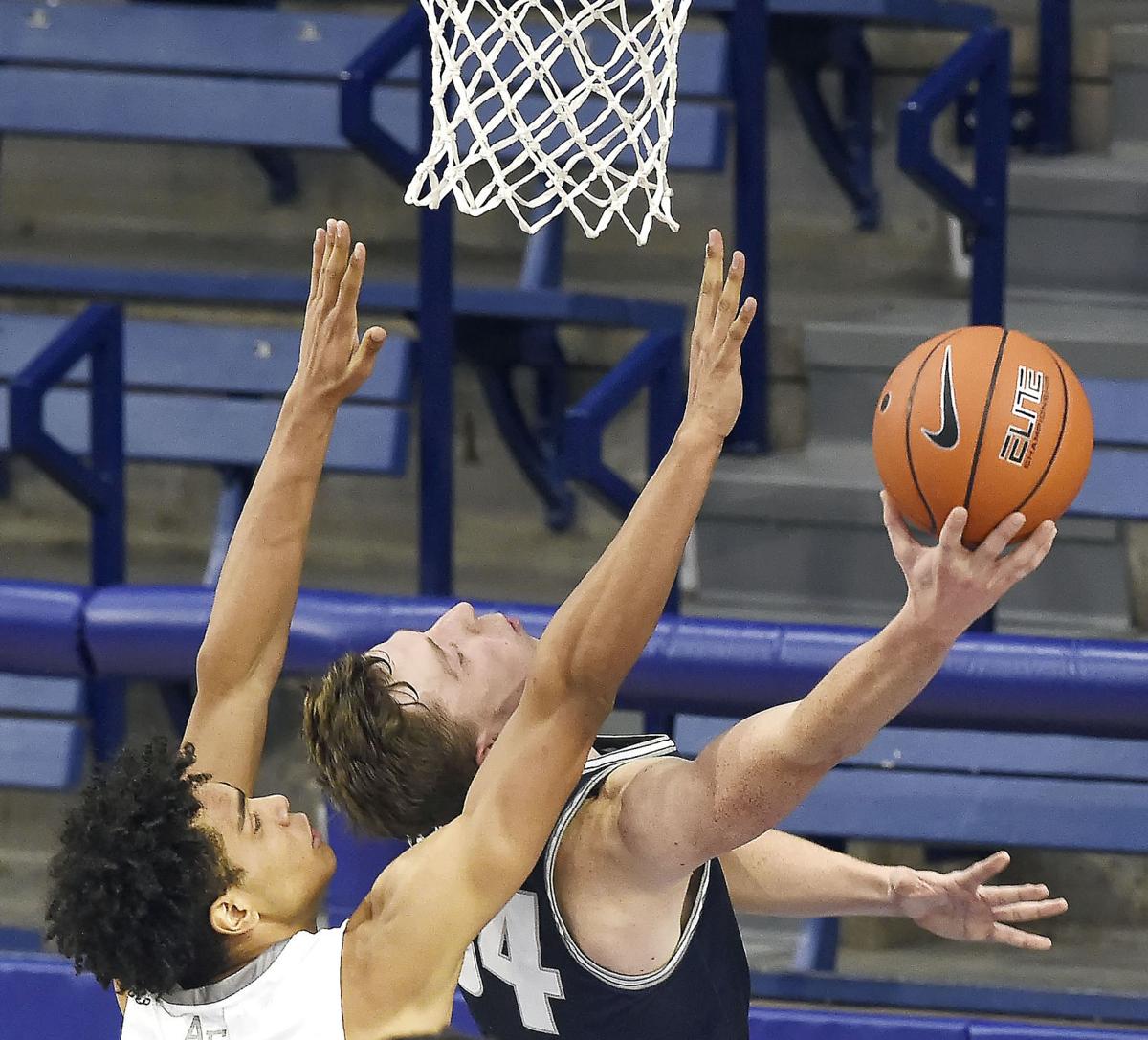 It will be interesting to see how the Aggies respond on the road after a blowout win against the same opponent.

They will get a chance to find out on Saturday. The Utah State men’s basketball team will take on Air Force in the second of a two-game Mountain West Conference series to start the new year. Tipoff at Clune Arena at the United States Air Force Academy, Colorado, will be at 4 p.m. and aired by Stadium.

“I’ve felt we upgraded our 3-point shooting as a team even though it hasn’t exactly shown in the box score,” Smith said. “I hate being a broken record about new guys, but we all know basketball is a rhythm and timing game. For a while we were trying to find out who our team is, who is dependable and trying to put them in the best positions to succeed. It takes some time. I think we are starting to hit our stride. ... We have good shooters on our team.”

Forcing Air Force into 26 turnovers and turning those into 45 points was nearly enough to win Thursday. The Aggies also shared he ball well with 24 assists — just three off the season high. And for the ninth time in nine games, USU won the rebound battle, 32-23.

“I’m really happy with what we were able to do,” said USU guard Brock Miller, who had 14 points and two steals on Thursday. “Any time you can get a win at Air Force, it’s big time.”

The 35-point win Thursday was the largest in the series between the Aggies and Falcons. Most games between these two at Clune Arena are close, other than the 19-point win by Air Force last year.

All 15 Aggies that dressed saw action on Thursday with 10 of them scoring. Five USU players reached double figures in points in Justin Bean (15), Miller (14), Marco Anthony (12), Neemias Queta (10) and Steven Ashworth (10). Sean Bairstow just missed joining them as he had nine points.

Will all 15 USU players see action Saturday? The coach is preaching that no one should dwell on what just happened.

“Every game is it’s own entity,” Smith said. “We addressed the guys after the first game with San Jose. ... I told the guys it’s a totally different game the next game. We can’t wait to get back on the floor and compete again on Saturday.”

The Falcons did shoot 47.2 percent from the field, but struggled from beyond the arc making just 5 of 19 (26.3 percent). The turnovers really did Air Force in.

The Falcons were led by Nikc Jackson with 11 points. All-league guard AJ Walker was held to just four points on 1 of 5 shooting.

Air Force did bounce back from a double-digit loss at Nevada to win the second game. The Aggies have been warned about overlooking the Falcons.

“We’ve got to be able to come back and do it all over again,” Miller said. “It’s kind of crazy this year with the schedule and playing back-to-back. Anything can happen, especially in the second game. We’ve got to come ready to roll.”

Miller has been on a tear of late. This was the third straight game he has reached double figures in scoring and is now averaging a team-best 13.3 points a game in MW play. For the season, the junior is averaging 8.2 ppg. Miller has also drawn the defensive assignment of guarding some of the best players on opposing teams.

“When I’m able to do my job on the defensive end, it really helps and has frankly helped me offensively,” Miller said. “It’s a mindset. I’m glad the coaches have given me that opportunity these last few games to be able to guard the best player. It’s been a focus of mine to keep improving. I still have some work to do, and I’m looking forward to it.”

Ten of Millers 17 3-point shots on the season have come in conference games. He is 10 of 21 in league action.

“It’s just sticking with it and shooting good shots,” Miller said. “If I have a good look, I’ve got rise up and shoot with confidence. My teammates tell me to keep shooting and Neemi (Queta) told me at halftime he was going to find me. When you have teammates like that and make it easy for you to get open looks, it’s not hard to knock them down. ... Really, everyone is just sharing the ball with each other, which leads to open looks.”

A trio of Aggies had five or more assists in Thursday’s game. Two of those USU players are veterans and big men in Queta and Bean, who each had five dimes. Anthony led the Aggies with a career-high six assists, and Rollie Worster had three.

Queta leads the team in assists on the season with 3.3 per game. Worster is right behind the center with 3.2.

USU will look to keep rolling on Saturday.

“The last seven games we have played very connected,” Smith said. “On the defensive end, we are getting active hands and active feet. We all seem to be on the same sheet of music, so to speak.”