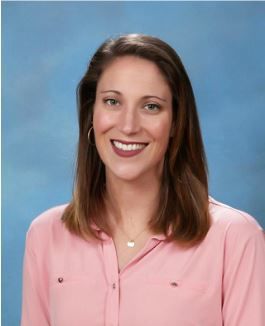 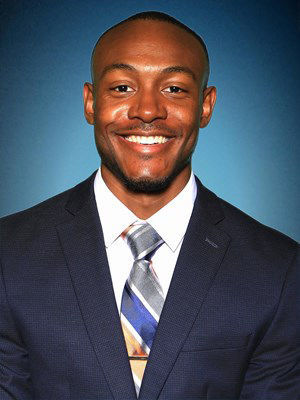 A week after being named the head women’s basketball coach at Utah State, Kayla Ard has started to put her staff together.

The new Aggie coach announced the hiring of two assistants on Wednesday. Jeanne Kenney and Jauwan Scaife will join Ard in Logan. Kenney comes from the high school ranks, while Scaife has been coaching in college.

Ard was named the ninth head coach in the 32 years of the women’s program at USU. The Hammond, Louisiana, native had been a college assistant coach for 10 years, most recently at Denver.

Kenney has been the head coach of her high school alma mater, St. Michael in Baton Rouge, Louisiana, the past four seasons (2017-20). She earned District 6-4A Coach of the Year honors in both 2017 and 2018. Kenney led St. Michael High School to its first-ever 20-win season this past year. Before earning the head coaching role, Kenney was an assistant coach at St. Michael for the 2015-16 season.

“I am honored to be a part of the USU family,” Kenney said in a press release. “I’ve known coach Ard for almost a decade, and while her on-court successes speaks for itself, it’s her coaching philosophy and standard of excellence that makes me excited to be a part of her program.”

Kenney started her coaching career as a graduate assistant coach at UCLA during the 2014-15 season.

“I am amped to have Jeanne on board and joining the Aggie family,” Ard said. “Her passion and energy for basketball is just like mine, and I know the players and fans are going to love what she brings to Logan. I’ve known Jeanne since her playing days at LSU, and she is one of the hardest workers I have ever seen. Her basketball IQ is off the charts, and she will be able to pass her knowledge along and develop our players here at Utah State. She has a tireless work ethic and will do anything to help the program succeed. I am excited to work with her.”

Kenney, who graduated from LSU with a degree in kinesiology in 2014, was a point guard for the Tigers for four seasons as she played in 129 career games with 85 starts. She finished 10th all-time in assists at LSU with 372 and made 137 career 3-pointers to rank seven in program history. Kenney played high school basketball at St. Michael, where she was rated the No. 31 overall player by ESPN Hoopgurlz.com. Kenney also earned her master’s degree in coach and athletic administration and exercise sports science from Concordia University Irvine in 2015.

Scaife joins the Aggies after spending the previous two seasons (2019-20) at Murray State, where he had key roles in player development, recruiting, offensive schemes and game plans. He also assisted with in-game adjustments. During the 2018-19 season, Scaife helped the Racers to nine conference victories, the most by Murray State since the 2008-09 season. Scaife also helped Evelyn Adebayo and Macey Turley earn all-Ohio Valley Conference honors. Adebayo went on to play as a graduate transfer for Connecticut during this past season.

“I’m very grateful to coach Ard for giving me an opportunity to become a part of her staff,” Scaife said in a press release. “I am excited and look forward to building something special at Utah State.”

Before his time at Murray State, Scaife spent the 2017-18 season as an assistant coach and recruiting coordinator at Evansville, where he worked primarily with perimeter players. Scaife was also an assistant coach at Southeast Missouri for two seasons. He helped Kerri Gasper earn honorable mention all-Missouri Valley Conference honors at Evansville, while Brianna Mitchell was named to the all-OVC team during his time at Southeast Missouri. Scaife also served as a graduate assistant and video coordinator for the Ball State’s men’s basketball team from 2013-15.

“I could not be more excited to have Jauwan joining our staff,” Ard said. “I have known him and his family for a long time, and I know he is a good man from an exceptional family. His knowledge of the game, work ethic, ability to develop players and his recruiting skill set are all things that are going to help this program rise. I feel lucky to have him joining the program and I know Aggie nation is going to love him.”

Scaife played collegiately at Ball State from 2009-13, graduating in 2012 with a bachelor’s degree in sports administration. He then earned a master’s degree in physical education with a specialization in coaching from Ball State in 2013.

Scaife, who ranks 14th all-time in Ball State history with 1,326 career points, holds the school record for most made 3-pointers with 203, setting the mark in the final game of his career. As a senior, he garnered second team all-Mid America Conference honors.