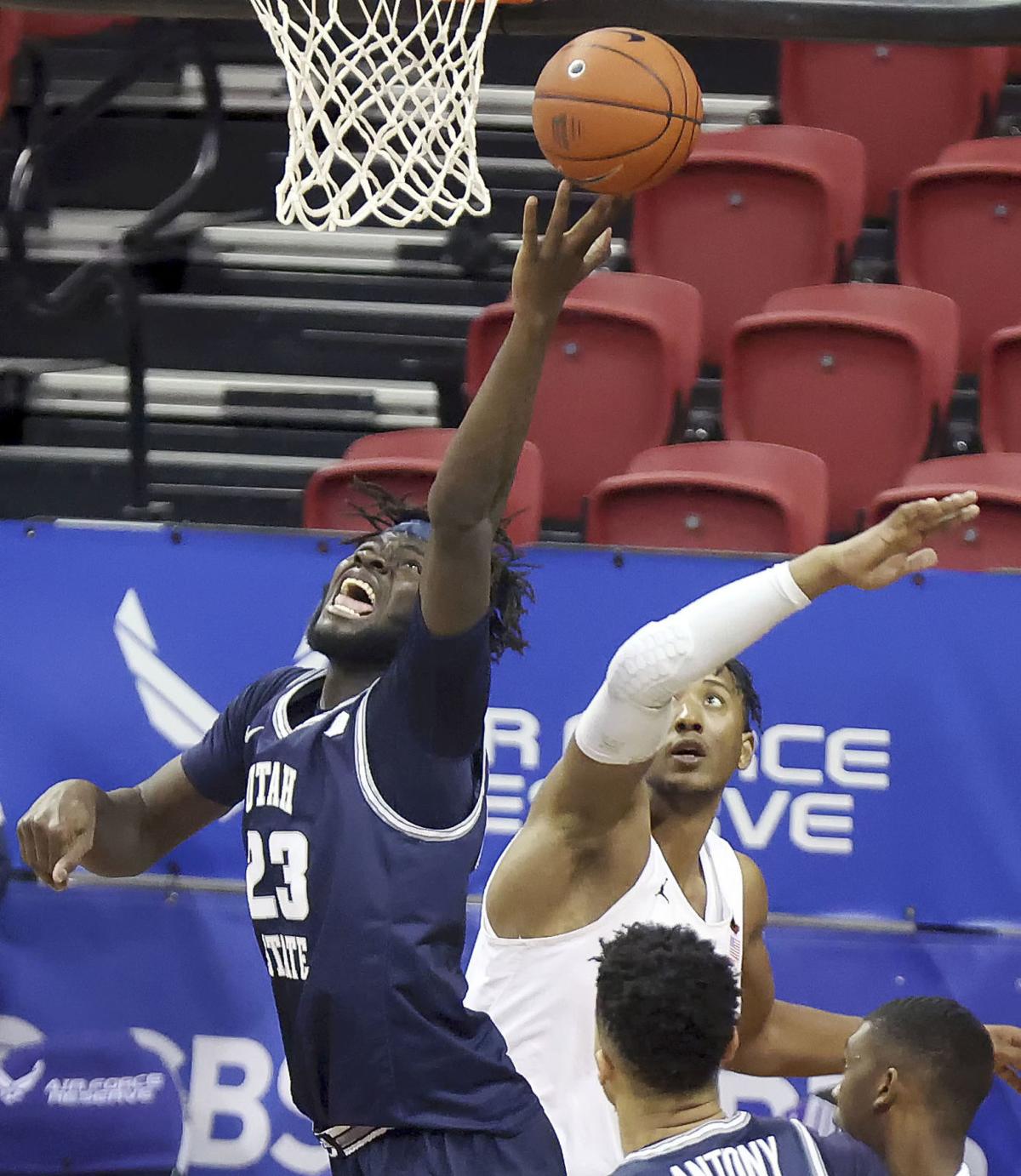 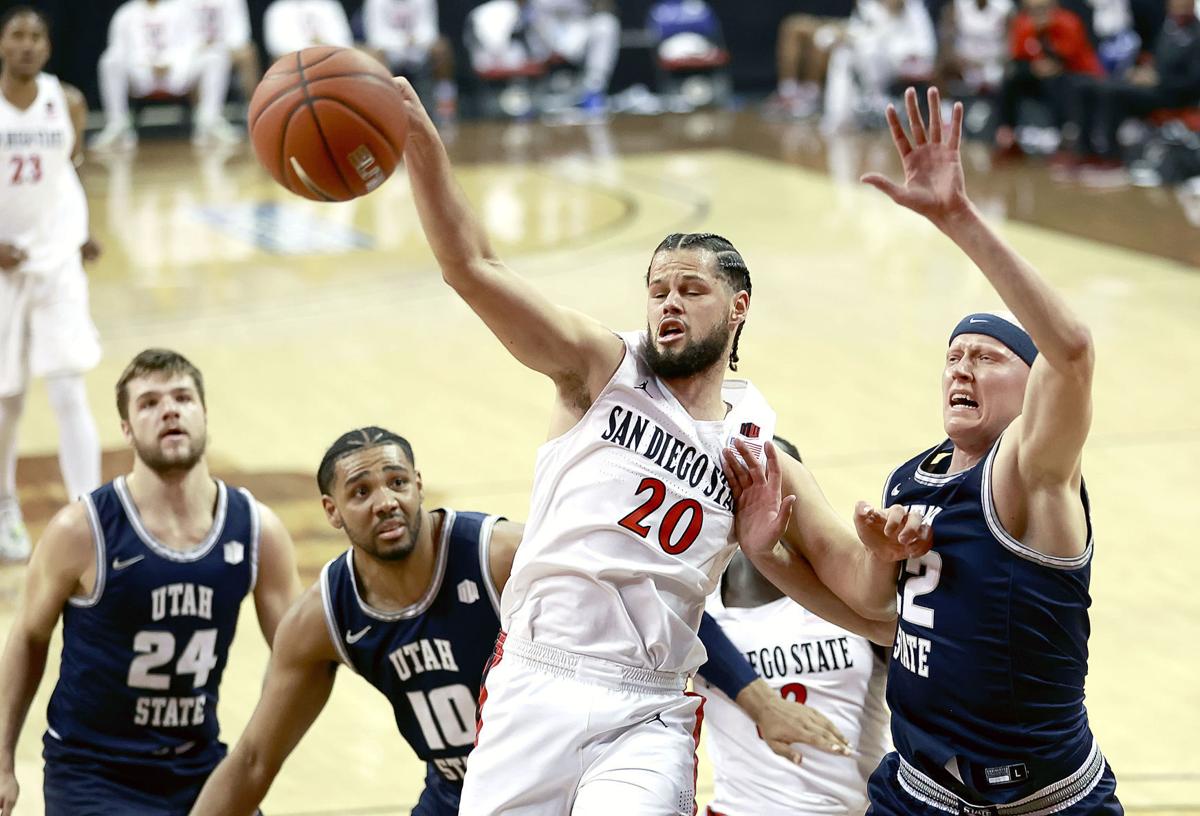 The Aggies never led after being up 6-4 two-and-a-half minutes into the championship game against No. 19 San Diego State. The Aztecs moved up to No. 16 on Monday in the AP Top 25 poll. The game was last tied at 18-18 with 6:36 left in the opening half.

While USU hung around and was within striking range most of the game, it just couldn’t gain enough momentum against a determined San Diego State squad. The Aztecs avenged three straight losses to the Aggies with a 68-57 victory.

“I’m so proud of our guys,” USU head coach Craig Smith said. “We had a very good tournament. We over-extended some of our guys, no question, with some of the minutes. We really went with our veteran guys. We went with the guys who have been there and done that. I’m proud of them. We have such a great group of young men. We’re very connected, very together. ... They’re passionate, they want to represent Utah State in a first-class fashion in every way, shape or form.”

While the loss forced the Aggies (20-8) to play the waiting game for the NCAA Tournament — which they got in with an at-large berth on Sunday — they felt good with the season, despite losing in the championship game.

“The leadership of our upperclassmen has been incredible all year,” Smith said. “Losing in the championship is tough to swallow, but we finished second in the Mountain West, and the top of the league was really, really good. ... They gave everything on the floor, but at the end of the day they (Aztecs) made a few more plays than us.”

“We left a lot of plays on the floor, but hey, we will learn from this one,” USU center Neemias Queta said. “... It is always bad to turn the ball over. We had a lot of catastrophic turnovers. Playing a team like San Diego State, you really have to take care of the ball, because it is hard to score. They took advantage of our turnovers. It made a big difference in the game.”

USU finished with 16 turnovers on Saturday. San Diego State (23-4) had just nine turnovers as the Aggies came up with two steals. The Aztecs had 10 steals.

“They made us pay with offensive rebounds (11) and the turnovers,” Smith said. “We had some senseless turnovers. Some were unforced and unnecessary. You have to play with ball toughness and poise against them. We just didn’t. It just wasn’t our night.”

The Aggies were asked about playing three games in three days, including a very late semifinal game Friday night and then having to play 18 hours later in the championship. Neither Smith, nor Queta made any excuses for the loss.

There is no doubt the Aggies, who relied on a six-man rotation, wore down in the second half.

“They did a really good job defensively on us,” Queta said. “We just got to learn from it and get better.”

Queta had a streak of eight straight games with a double-double end, but he still finished with a game-best 18 points. He also had six rebounds and three blocks.

Justin Bean was the only other Aggie to reach double figures in scoring with 12 points. He also grabbed six rebounds.

The Aggies won the rebound battle, 34-31, for the 28th straight game this season — which is every game this year. They also had double digits on the offensive end (12) for the 24th time this season. … USU is now 21-5 all-time in conference tournaments as a No. 2 seed and 10-7 in all-time conference tournament championship games. … The Aggies are now 8-1 in the MW Tournament and 12-2 in the month of March under Smith. … With his three blocks Saturday, Queta broke his own school record for blocks in a season as he now has 90 during the 2020-21 campaign. … The Aztecs lead the all-time series with the Aggies, 14-8.