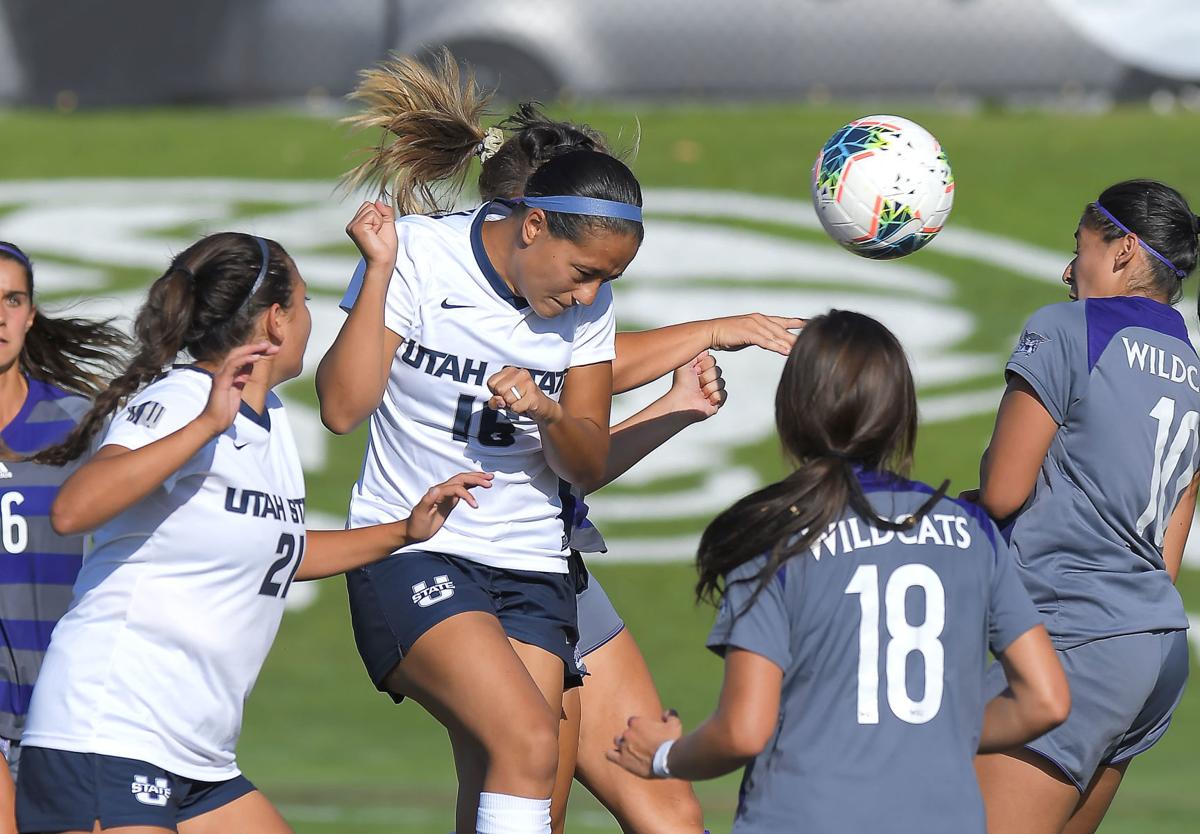 Utah State’s Mealii Enos (16) heads the ball past Weber State’s Haley Thomas (18) and Jasmine Lotey for a goal in a match last fall. Enos was honored by the Aggies for her prowess in the classroom on Wednesday. 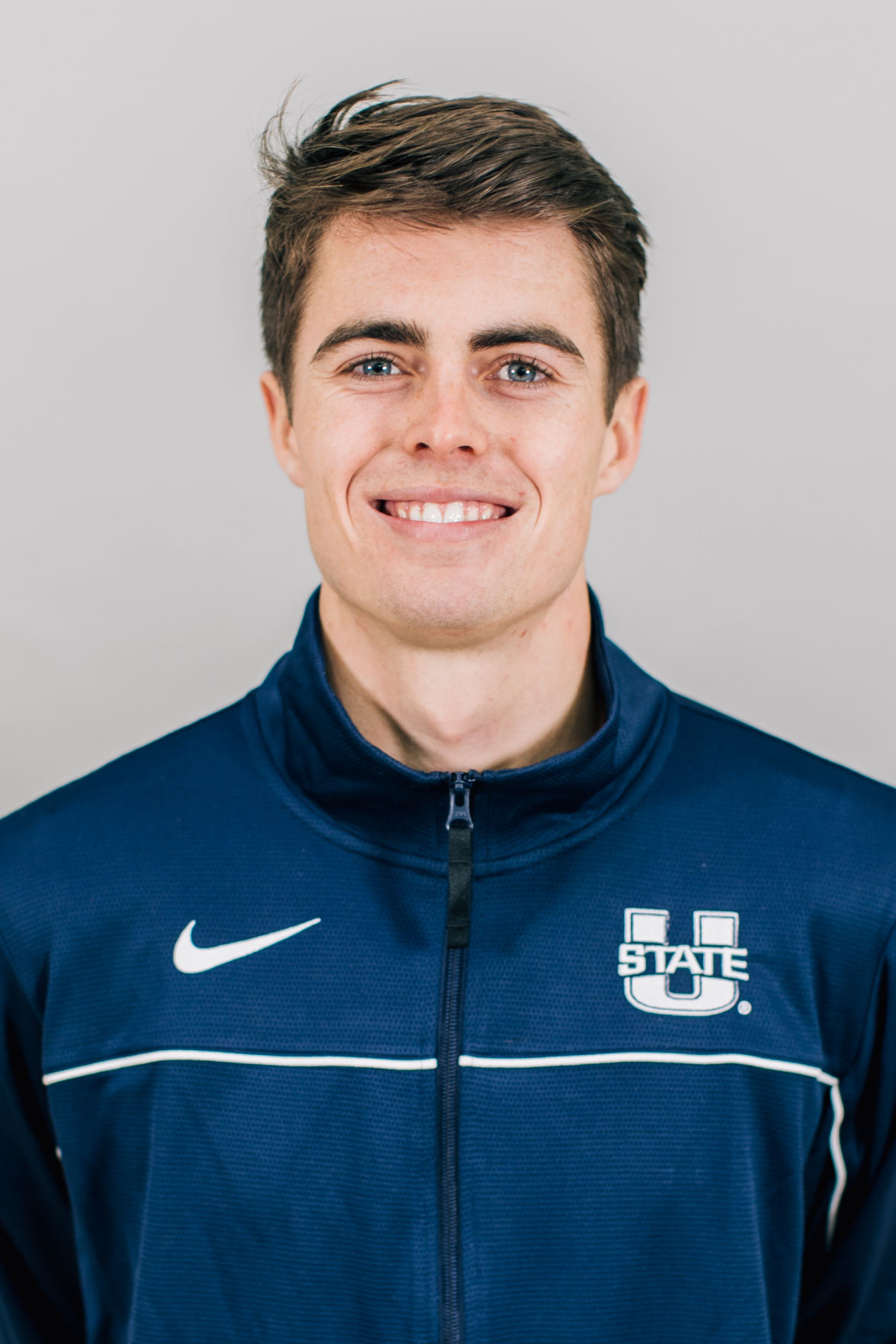 Utah State’s Mealii Enos (16) heads the ball past Weber State’s Haley Thomas (18) and Jasmine Lotey for a goal in a match last fall. Enos was honored by the Aggies for her prowess in the classroom on Wednesday.

For just the seventh time in school history, the top academic award in athletics at Utah State University will be shared.

Mealii Enos and Stokton Smith received the Joe E. Whitesides Scholar-Athlete Award. With the coronavirus pandemic closing down campus, the annual Whitesides Luncheon was not held this spring.

The USU athletics department announced the top scholars on Wednesday in a press release. Only seniors are eligible for the top award.

The Aggie athletic department also recognized 212 student-athletes for their academic achievements over the past school year — up six from a year ago. To be eligible for the honor, student-athletes must have a cumulative 3.2 grade point average or have posted a 3.2 GPA during the last two semesters.

Enos is a defender and has started for the Aggie soccer team since her freshman season. She is set to graduate this spring with degrees in special education and communicative disorders with a Grade Point Average of 4.0.

“During my time as an Aggie, I’ve always strived for excellence both on the field and in the classroom,” Enos said in a press release. “It’s an honor to receive the Whitesides Award. I am so grateful to my coaches and teammates who always supported me in prioritizing my academic career, especially since they all suffered through early morning practice because of my class schedules. It has been an amazing four years and I will miss Utah State so much. Once an Aggie, always an Aggie.”

Smith has been a distance runner for the Aggies on the cross country team and the track & field squads. He will graduate this spring with a degree in management information systems and also has a 4.0 GPA.

“I have been very blessed to be a part of Utah State athletics, and to be receiving this reward,” Smith said in a press release. “Academics never take a backseat for us as student-athletes, because of the wonderful staff helping keep us focused on planning for the long term. I really owe any success to the great academic coordinators, counselors and coaches who have helped me along the way.”