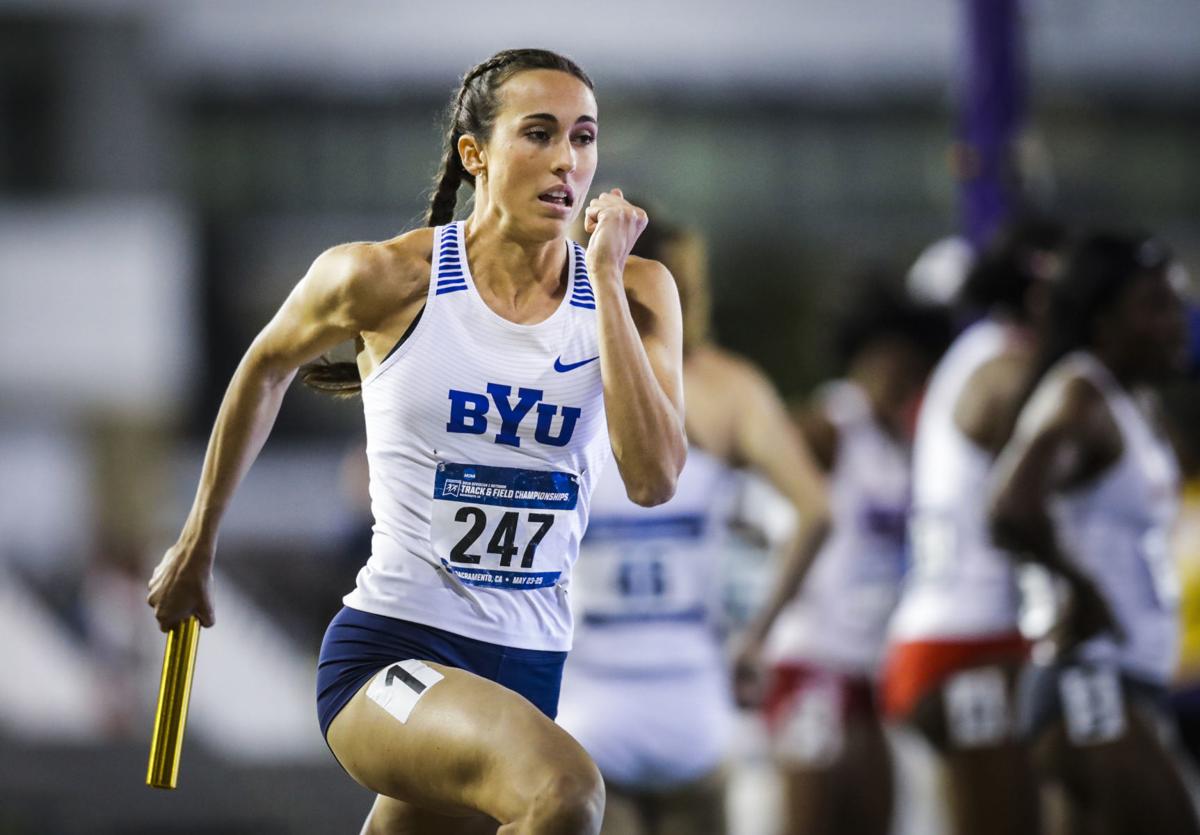 Former Sky View and current BYU star Brenna Porter is guaranteed of being a first-team All-American in the 400-meter hurdles after her performance at the NCAA Championships on Thursday in Austin, Texas. 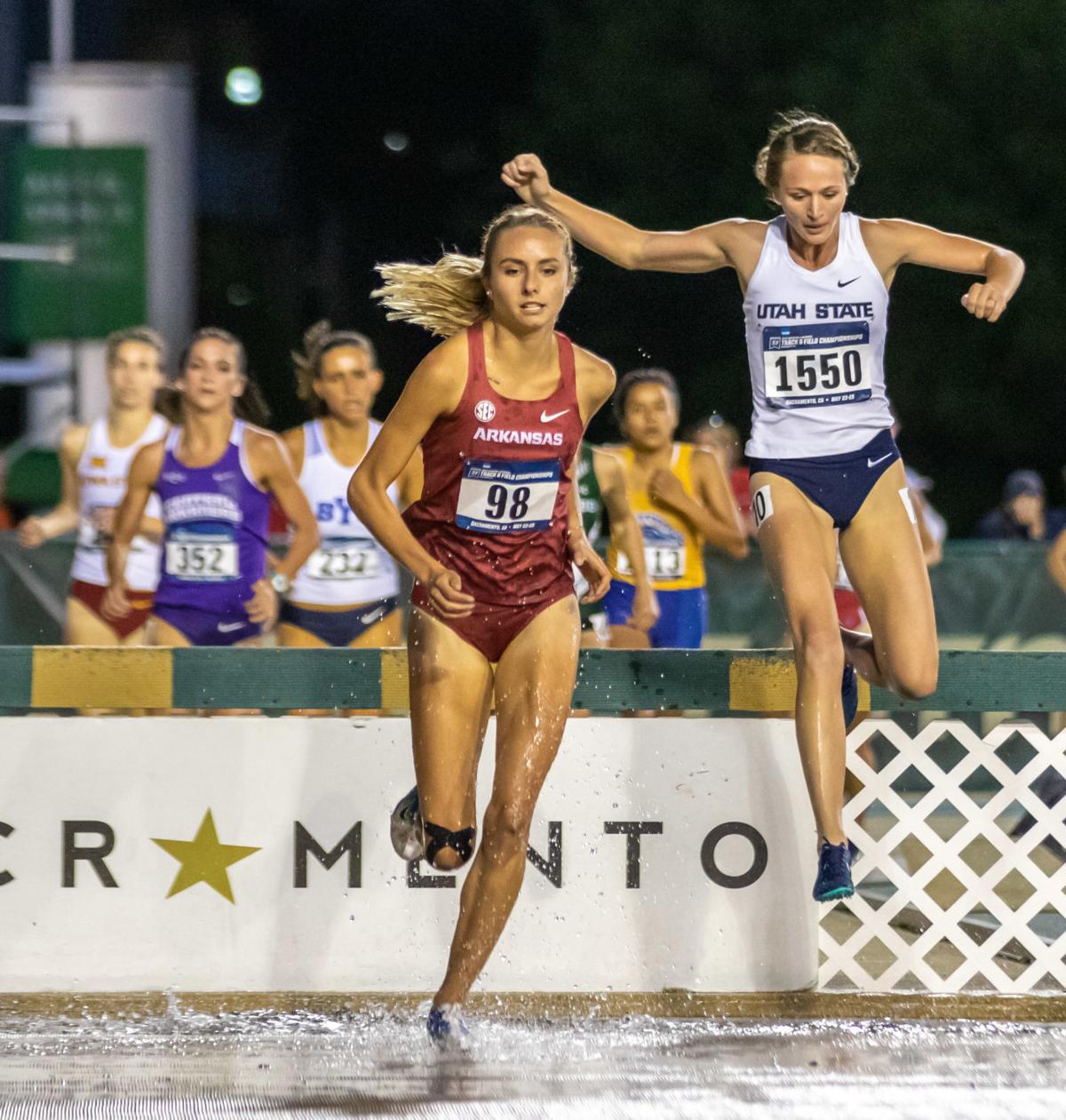 Former Sky View and current BYU star Brenna Porter is guaranteed of being a first-team All-American in the 400-meter hurdles after her performance at the NCAA Championships on Thursday in Austin, Texas.

The former Sky View star had to sweat it out, but it was well worth the wait.

Brenna Porter, a senior at BYU, secured the final at-large bid to the finals of the 400-meter hurdles at the NCAA Outdoor Track & Field Championships on a warm and muggy Thursday evening in Austin, Texas.

The longtime North Logan resident finished fourth in the second of three heats and had to wait and see if her impressive clocking of 57.03 seconds at Mike A. Myers Stadium would hold up. It turns out Porter competed in by far the fastest of the three heats as she turned in the fifth-best time out of 24 competitors.

Regardless of what happens Saturday, Porter will earn first-team All-America honors for the first time in her signature event.

The 400 hurdles is always an unpredictable race, and it showed in the early going as Kansas State’s Ranae McKenzie crashed going over the second hurdle in the first heat and did not finish. McKenzie had the fastest time in the NCAA heading into the meet.

Porter knows exactly how that feels as she sliced her leg open on a hurdle at the NCAA West Preliminary Championships as a sophomore. To her credit, the daughter of Jody and Brett Porter picked herself off the track and finished the race.

There were no such problems this time around for the former Utah Gatorade High School Track Athlete of the Year.

Unfortunately for Utah State standout steeplechaser Cierra Simmons-Mecham, she didn’t have the same kind of success. The senior is still a honorable mention All-American after finishing 10th in the first of two heats in the 3,000 steeplechase and 20th overall with a time of 10:23.90.

Simmons-Mecham, a first-team All-American in the event a year ago, was in seventh place in her heat with two laps remaining, but didn’t have enough in the tank to challenge for one of the five automatic qualifying spots for Saturday’s finals.

Nevertheless, Thursday’s performance doesn’t detract from a stellar career for the native of Soda Springs, Idaho. Simmons-Mecham is the only Aggie to break 10 minutes in the steeplechase and she did it seven times in her collegiate career, with her best time being a 9:49.33. The daughter of Kristen and Larry Simmons also qualified for the NCAA Championships in cross country as a senior.

“She fought today,” said USU head cross country coach Artie Gulden, who coaches the Aggie distance runners. “She made a couple of strong moves and was passing some people during the middle laps, but overall, it just wasn’t her day. This one race doesn’t take away from the wonderful career she’s had and what an incredible ambassador she’s been for Utah State Athletics.”

Two-time defending champion Allie Ostrander of Boise State posted the fastest qualifying time and broke the stadium record, to boot, with her 9:44.32. Furman’s Gabrielle Jennings also bested the old facility record, established in 2004, with her time of 9:47.84.

The Mountain West will be represented by two other steeplechasers in the finals in New Mexico’s Charlotte Prouse and Adva Cohen. Prouse was the NCAA runner-up to Ostrander in 2018.

Another Mountain West athlete who had a memorable day was New Mexico’s Weini Kelati. The sophomore jumped out to a big lead late in the 10,000 and held off a very strong final charge by Oregon’s Carmela Cardama Baez to capture the title and break the facility record — one of sixth athletes to do so in the race. Kelati, a two-time NCAA runner-up during the 2018-19 academic year, clocked in at 33:10.84.

BYU’s Conner Mantz will return to action in the finals of the 5,000 on Friday night. The former Sky View stalwart secured first-team All-America status by placing fourth in Wednesday’s 10,000.