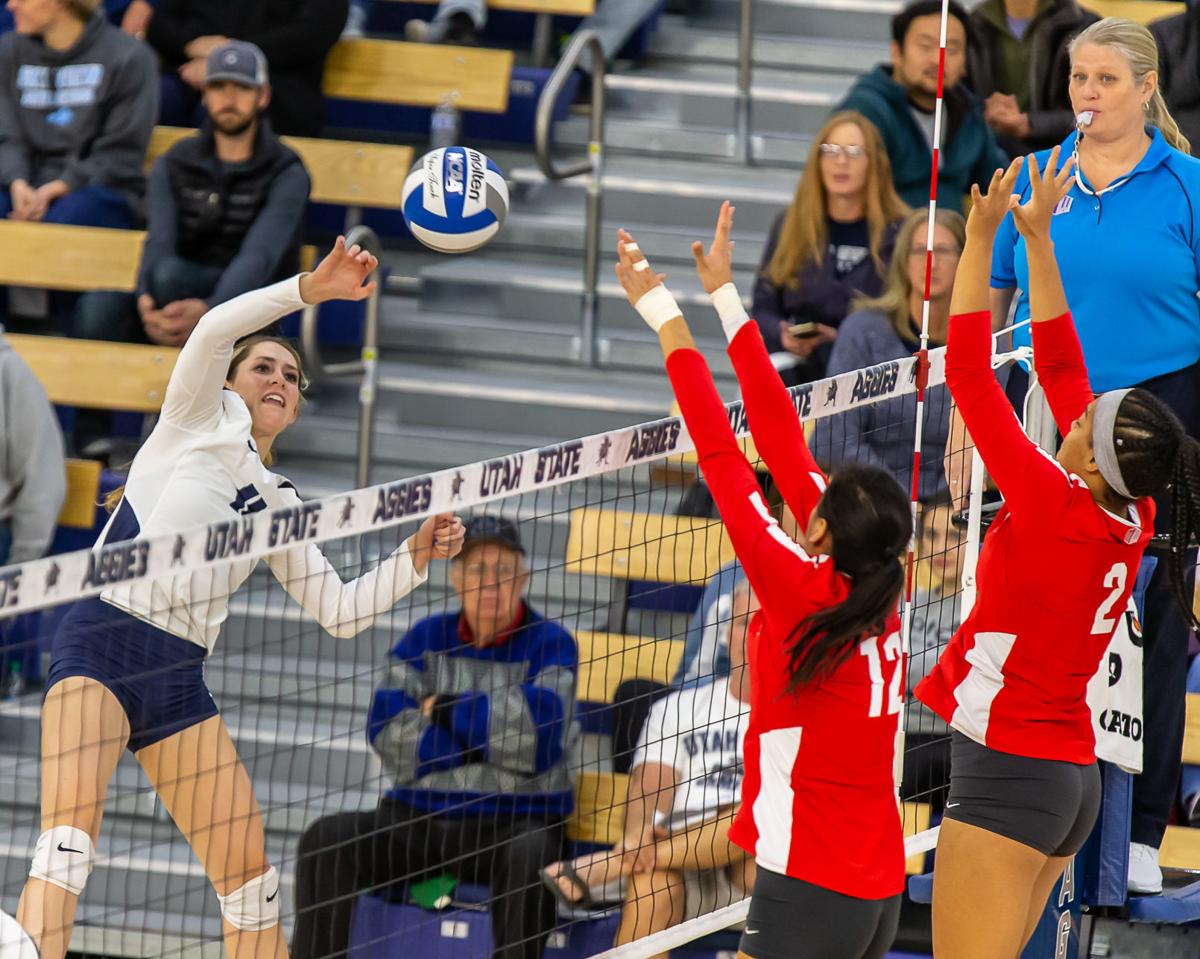 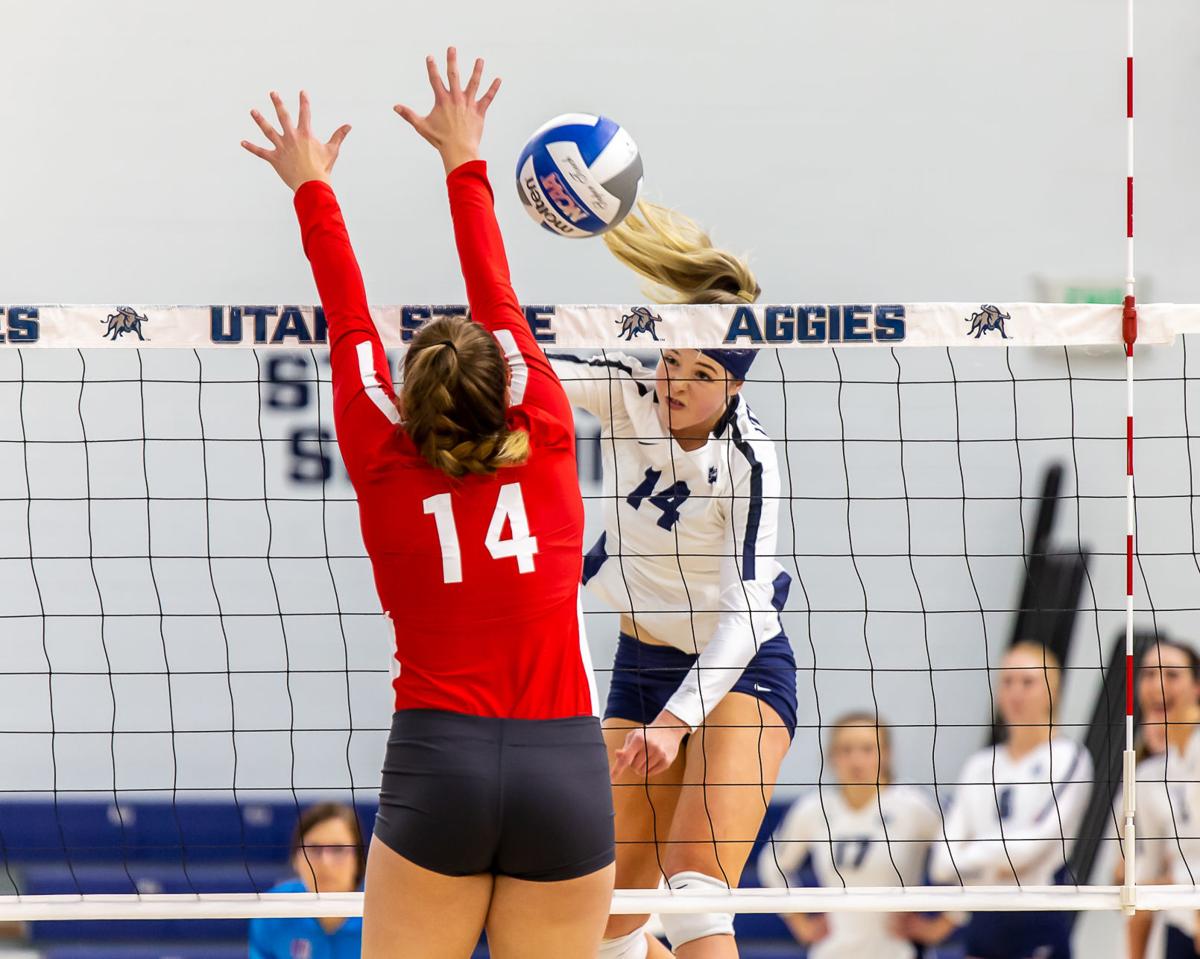 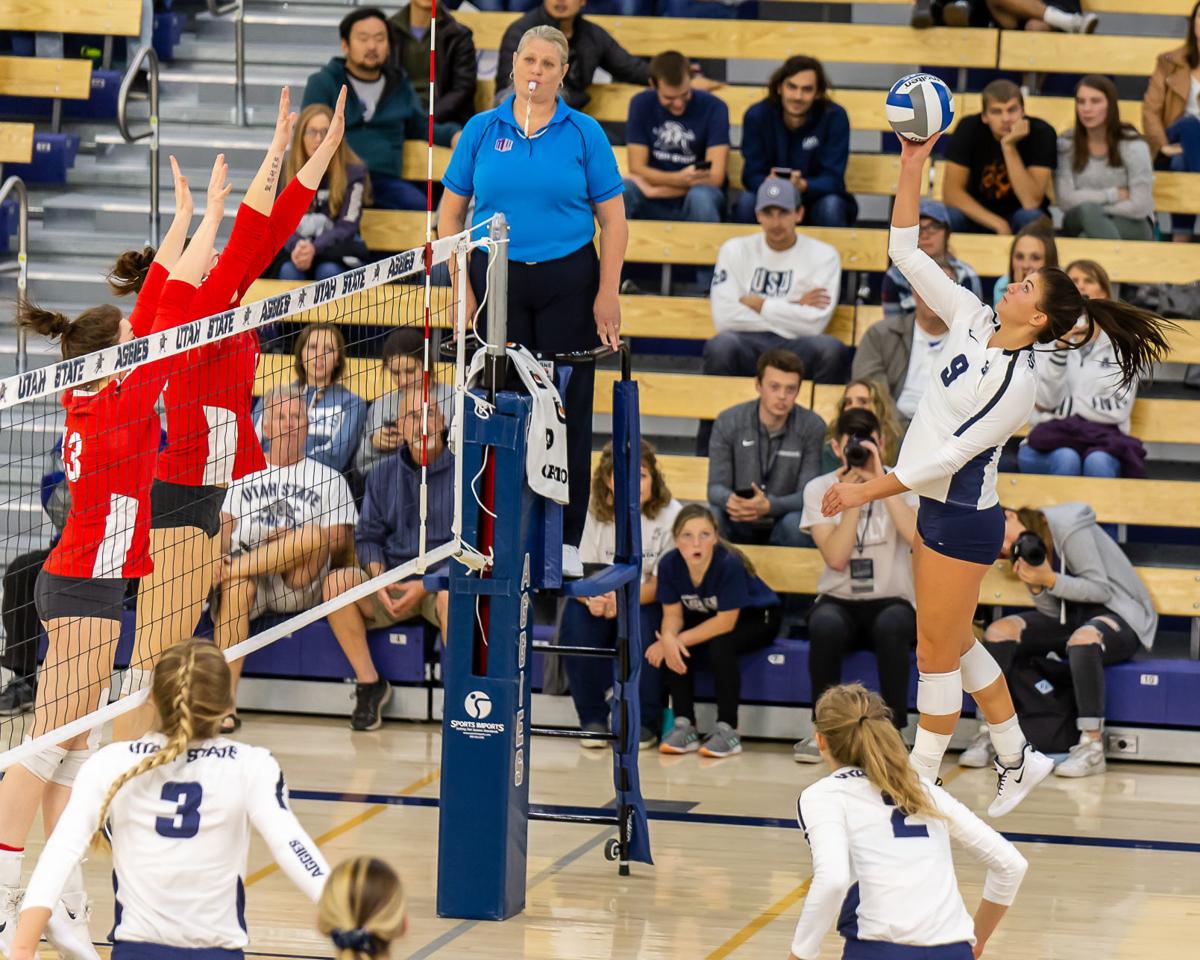 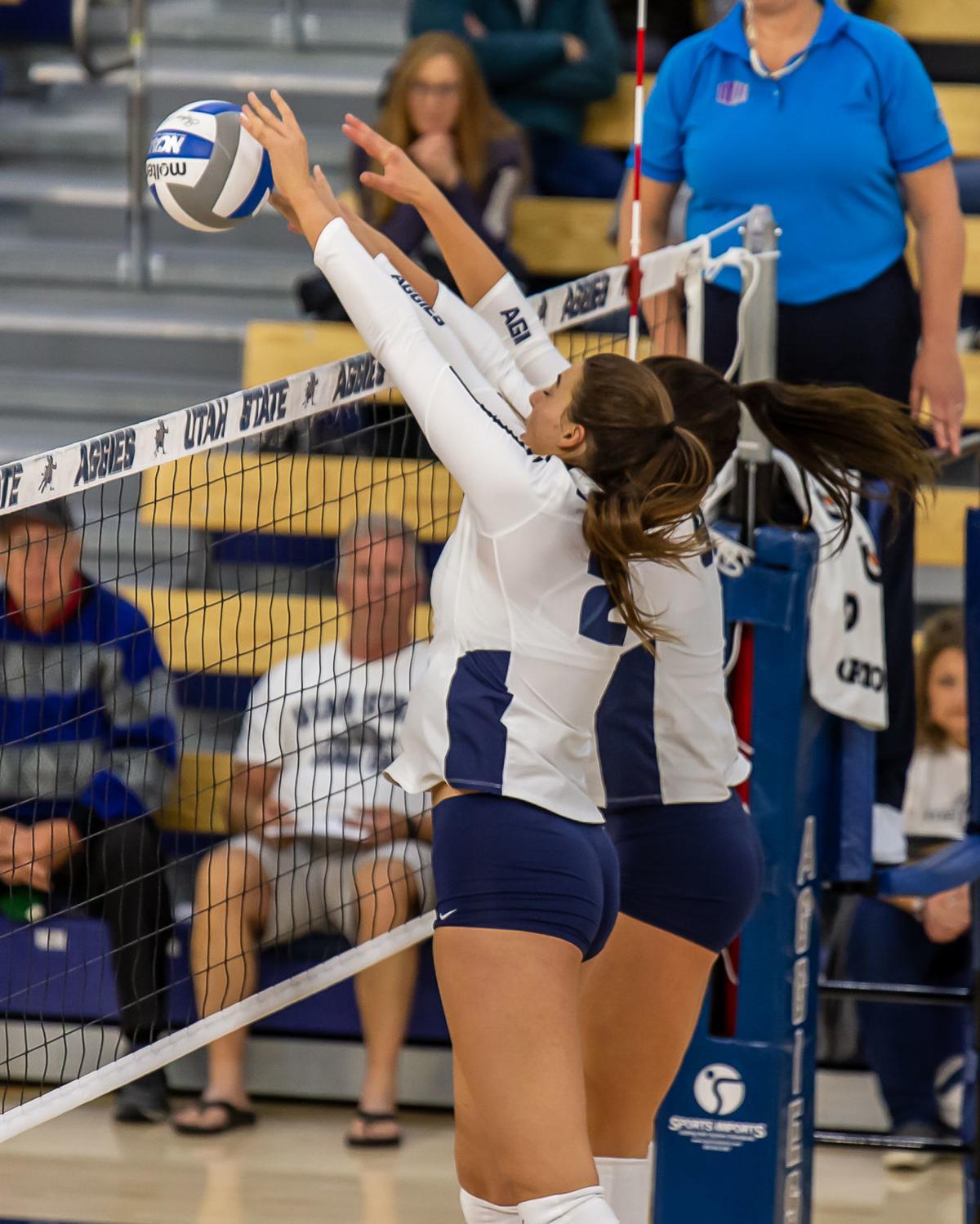 Utah State middle blocker Corinne Larsen (21) and opposite side hitter Bailey Downing come up with a block against New Mexico Thursday night.

Utah State middle blocker Corinne Larsen (21) and opposite side hitter Bailey Downing come up with a block against New Mexico Thursday night.

It was good to be home after two weeks on the road.

“It’s kind of the same story,” USU head coach Grayson DuBose said. “At the end of matches, we have to be a little bit better. That stands out. We need to play better when a team gets to 20.”

The Aggies showed fight in the three sets they dropped and dominated the third. It just wasn’t enough Thursday night.

Opposite side hitter Izzie Belnap and outside hitter Whitney Solosabal were bright spots for USU. Belnap had a match and career-best 15 kills and hit .387 for the match. The senior also had two solo blocks and two block assists. Solosabal finished with 12 kills, hitting .294.

“I thought Izzie had a nice match,” DuBose said. “And I thought Whitney Solosabal had a really nice match.”

Madi Olson-Shepherd came up with a match-best and career-high 15 digs as she played libero for the first time this season. Bailey Downing had seven block assists.

In the first set, USU started strong. There were seven lead changes and eight ties in the early going. The Lobos used a 6-1 run to get in front, 13-10. The visitors would stay in the lead the rest of the set.

The Aggies fell behind by five to start the second set, but rallied back to take the lead 14-13 after runs of 5-1 and 4-0. Downing and Kelee Call teamed up for back-to-back blocks, and Corinne Larsen served up an ace to put the hosts in front.

The lead was short lived for USU. New Mexico reeled off four unanswered points and led the rest of the way.

Solosabal sparked a 9-1 start for the Aggies in the third set with a big kill. USU built a 15-5 lead with a 6-1 run as Belnap had two kills and teamed up with Larsen for a block. Hailey Cuff finished off the third with a kill.

New Mexico used a 5-0 run to take a 10-6 lead in the fourth after two lead changes and two ties. The Lobos never looked back and scored the final three points to end the match.

“We just have to keep grinding away, keep chipping away and try to get better each day,” DuBose said. “Our freshmen are getting better, but there is some ups and downs. We are trying to make them old fast and it’s not going fast enough.”