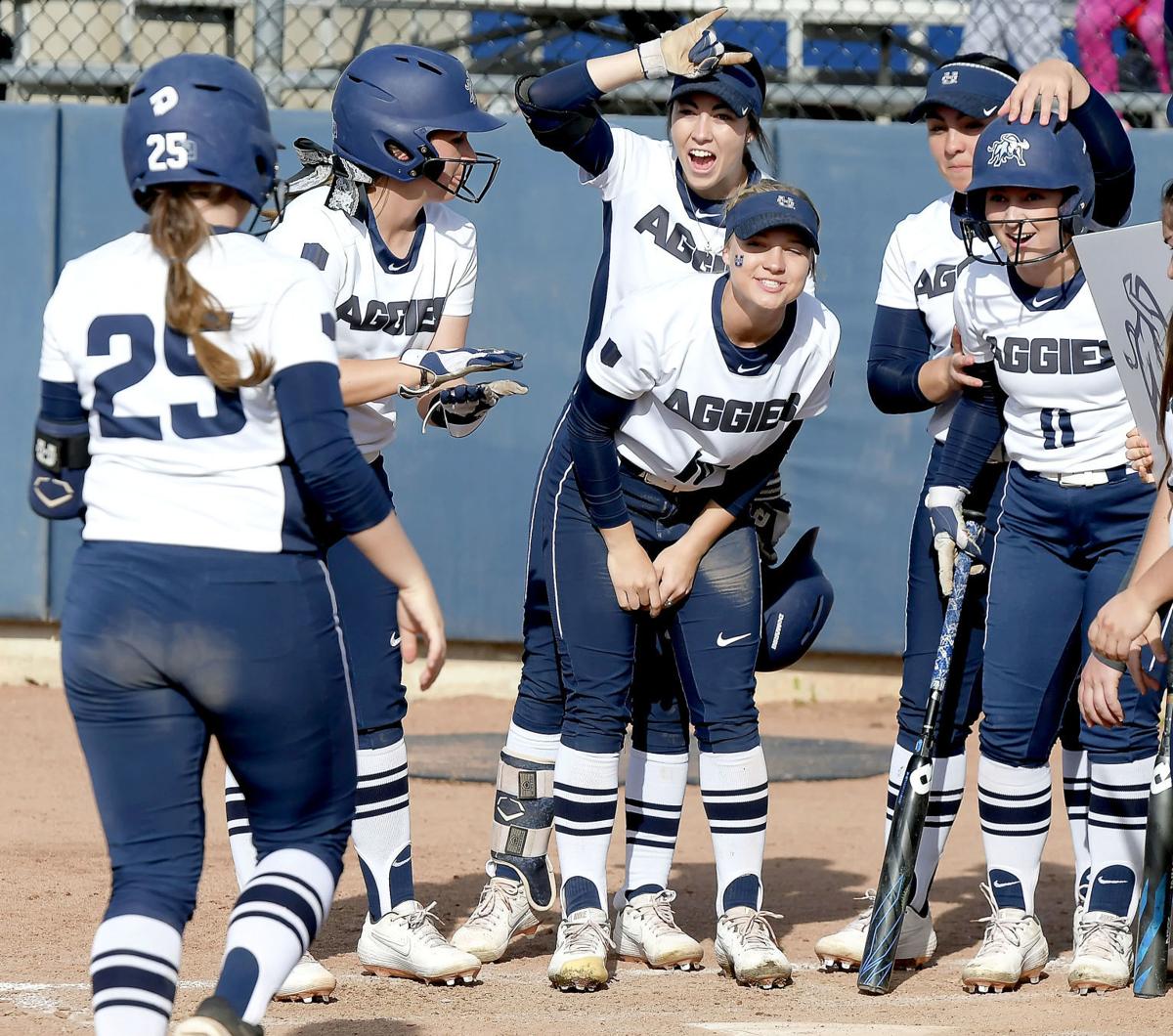 USU players gather around home plate to celebrate with catcher Bailey Lewis (25) after she hit a home run against New Mexico in 2019. On Thursday, the Mountain West Conference announced it is indefinitely suspending all spring sports. 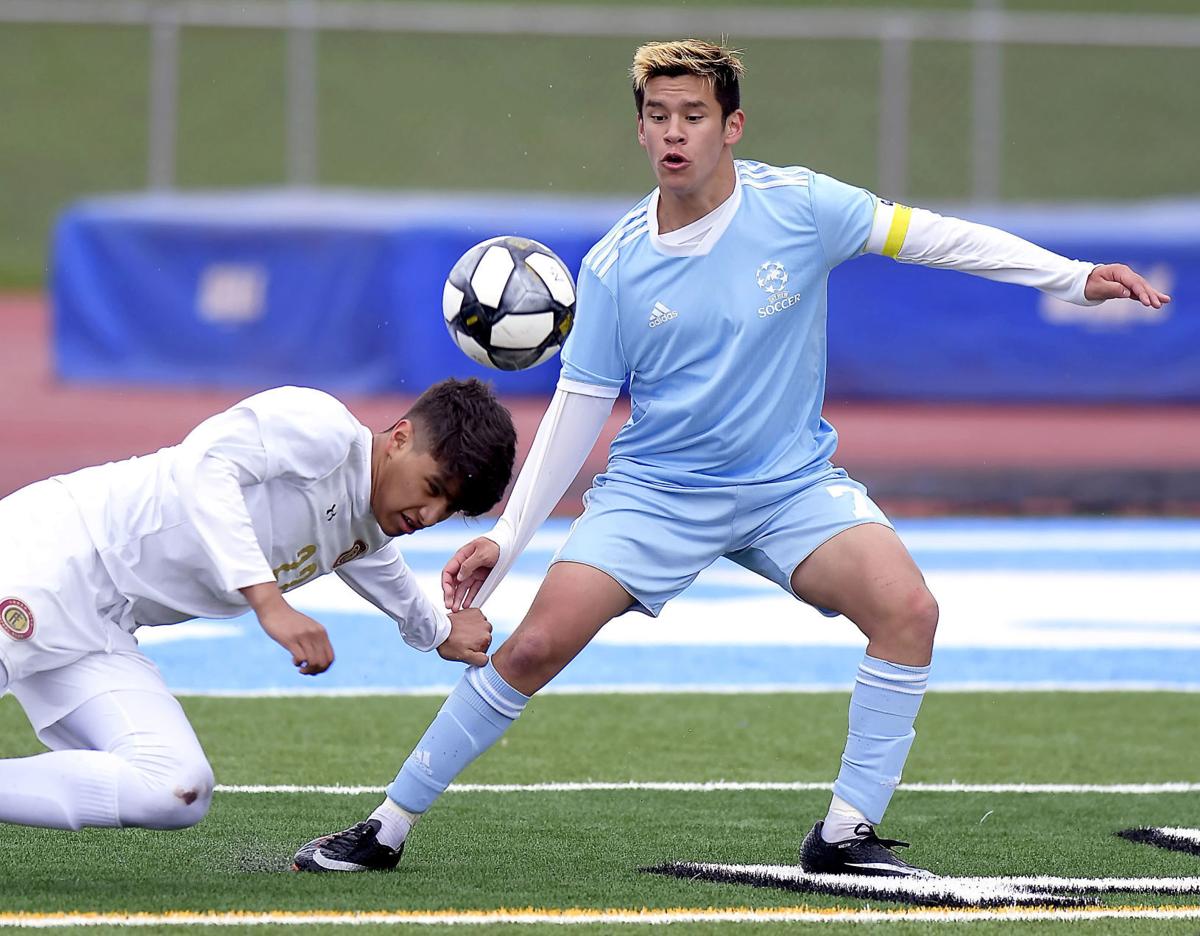 Logan's Jose Mendiola, left, fights for the ball against Sky View's Jonathan Bergeson in 2019. The UHSAA announced on Thursday that it is suspending all activities for at least the next two weeks.

USU players gather around home plate to celebrate with catcher Bailey Lewis (25) after she hit a home run against New Mexico in 2019. On Thursday, the Mountain West Conference announced it is indefinitely suspending all spring sports.

Logan's Jose Mendiola, left, fights for the ball against Sky View's Jonathan Bergeson in 2019. The UHSAA announced on Thursday that it is suspending all activities for at least the next two weeks.

What a difference less than a day can make.

It’s hard to keep up with all the announcements concerning the COVID-19 outbreak. Following the NBA suspending its season Wednesday night, many other sports followed suit Thursday as the new coronavirus has become a global pandemic.

Closer to home, the Utah State men’s basketball team found out it will not be playing in the NCAA Tournament. After winning the Mountain West Tournament last Saturday and the league’s automatic berth, the Aggies thought they were going dancing again, but that’s not the case now.

The NCAA canceled the men’s and women’s basketball tournaments Thursday and also other spring sports. Aggie basketball players were not made available for interviews.

It will be the first time in 80 years that the men’s NCAA Tournament will not take place. The tournament was first held in 1939 and has never been canceled. That looks to be ending, though some college coaches are pushing for the tournament to be played later this spring.

While the Aggie men’s basketball team is in the spotlight right now, other USU sports are also affected. Earlier Thursday the Mountain West Conference canceled all spring sports indefinitely. USU sent out a statement in the afternoon.

It stated: “Per today’s NCAA and Mountain West Conference announcements related to COVID-19, Utah State Athletics in-season competition for spring sports has been suspended until further notice. Additionally, Utah State will also suspend all team activities for all of its sports, including practices, through Tuesday, March 17. The health and safety of our student-athletes, fans, coaches and staff is our top priority. We will continue to monitor what has become a very fluid situation to determine our next steps.”

In the eventing, the Mountain West sent out an update stating: “The Mountain West Board of Directors has now officially canceled all remaining spring sports competitions and MW championships. This decision follows the recent announcement from the NCAA to cancel all of its winter and spring championships. The MW Board had previously placed an indefinite suspension on these events.

“The MW Board has also established a moratorium on all on-campus and off-campus in-person recruiting activities for the foreseeable future.”

The Aggie gymnastics team was having one of its best seasons in years. USU was scheduled to take on Utah in Salt Lake City Friday night in its regular season finale and then compete in the conference championship next week in Boise, Idaho. Those meets have been canceled.

USU’s softball team was scheduled to play at Utah Valley on Friday and have its home opener against Utah Valley on Sunday. Neither will happen. In fact, several seniors have posted on social media about their final seasons being cut way short without being able to know they had played their last game.

The Aggie men’s tennis team is in California. A match against Cal Poly on Friday is off, and the university is trying to get the team back to Utah.

All of the announcements weren’t just about college athletics. Later on Thursday, high school sports were put on hold by the Utah High School Activities Association (UHSAA), starting Monday.

However, the Utah state debate championship that was to take place this weekend in St. George was suspended. Students from local high schools from Cache Valley were on their way south when buses were contacted and told to turn around.

The UHSAA also suspended all spring activities beginning Monday “for a period of at least two weeks.”

“In consultation with board directives and information provided by state public health officials, the UHSAA has suspended spring activities to properly fulfill best practices regarding protection of students and the general public. More information will be sent to member schools and/or districts as it becomes available.”

So, high school sporting events scheduled for this weekend may still take place. A handful of local teams in boys soccer, baseball, softball, boys and girls lacrosse and girls golf were scheduled to compete and it’s up to the schools to decide whether to proceed or not. Some did and others did not.

North of the border, Idaho high school sports are still taking place and scheduled for next week. There have been no cancellations.