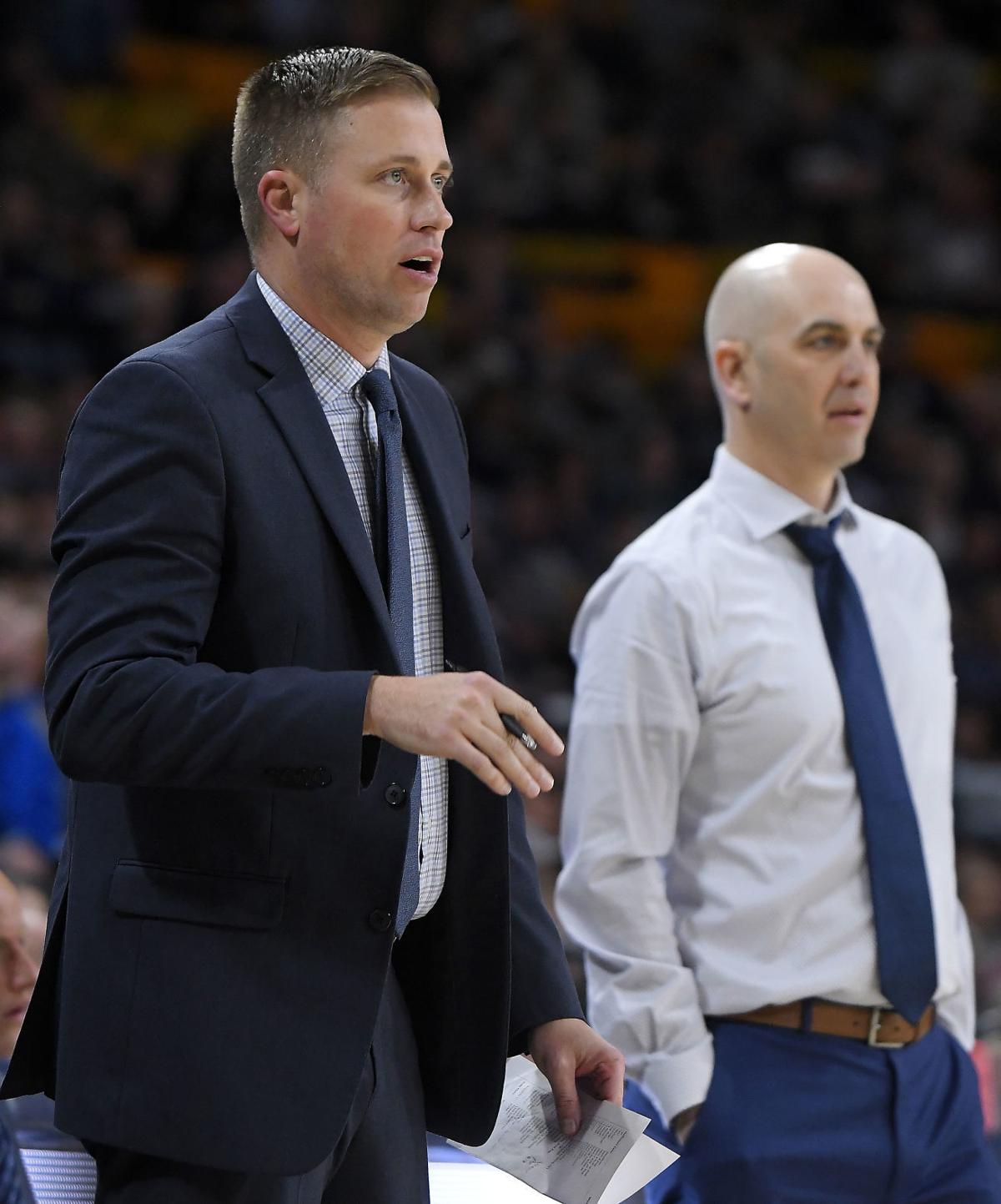 Eric Peterson, left, talks to players as they compete against Wyoming in Feb. 2020. 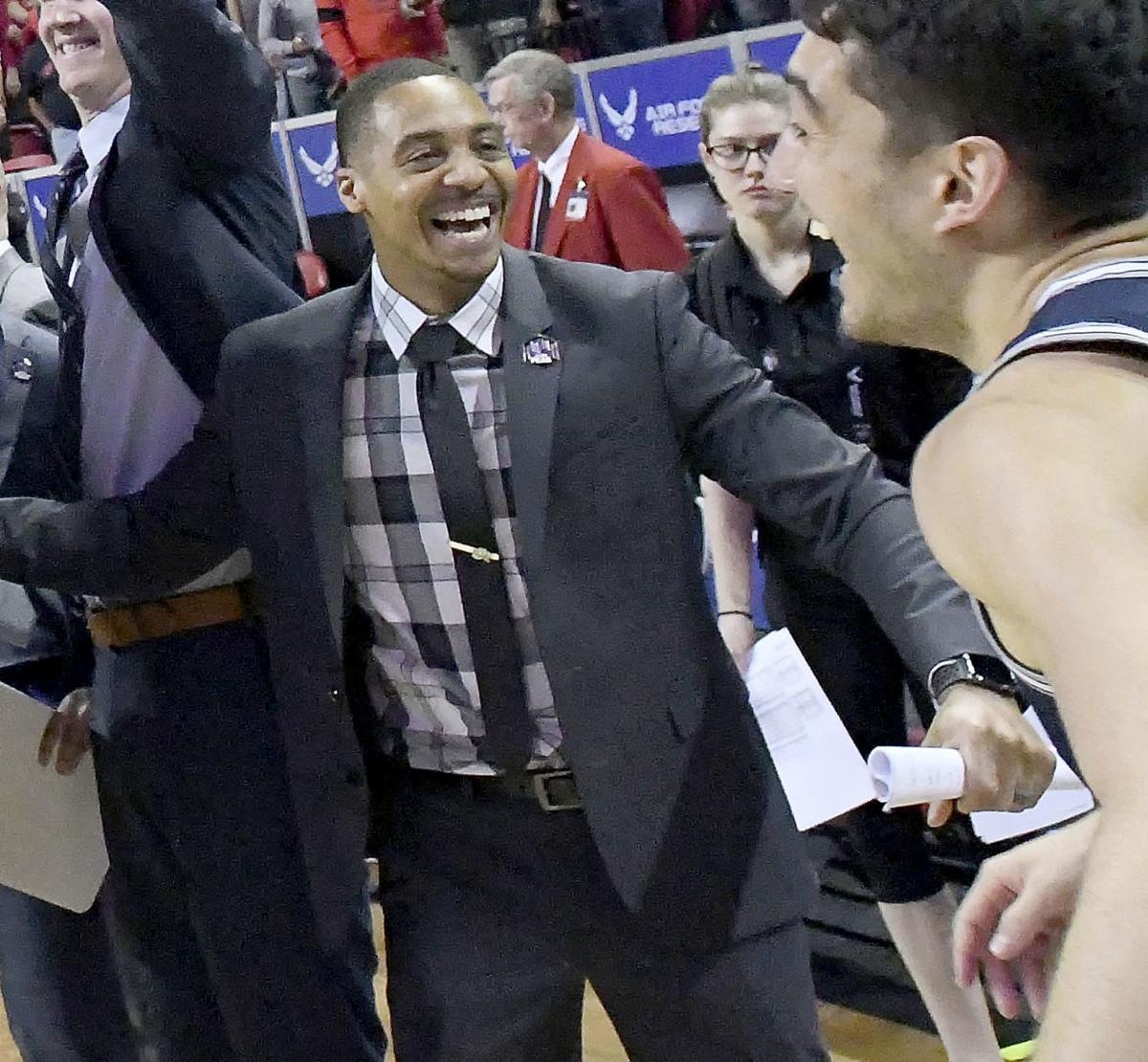 Eric Peterson, left, talks to players as they compete against Wyoming in Feb. 2020.

Such is the case for a pair of assistant coaches with the Utah State men’s basketball team. Recently Eric Peterson and David Ragland were both named two of the top 50 assistant coaches at Mid Major Division I schools.

Aggie head coach Craig Smith has praised his staff on numerous occasions since coming to Logan two seasons ago. The core of his staff has remained the same the past two years.

The listing came from Silver Waves Media. It named the 50 impactful mid major assistants. To be considered, a person couldn’t have been a head coach at the Division I level before.

“After months of research and consulting with AD’s, presidents, search firms and numerous influencers in the basketball space, we present the Silver Waves Media 50 impactful Mid Major Coaches List,” a press release stated.

Peterson and Raglund have been getting some love on social media since being named. People have been tweeting about both becoming head coaches in the future.

The Aggies have won the last two Mountain West Conference Tournament titles. They shared the regular season title with Nevada at the end of the 2018-19 campaign and finished in a three-way tie for second in 2019-20. However, USU went to Las Vegas and punched its ticket to the NCAA Tournament by winning the conference tournament.

In their first year at the USU helm, the Aggies were tabbed to finish ninth in preseason polls, but won it. This past season there was high expectations as USU was the unanimous choice to repeat. They did as tournament champions.

Peterson has been with Smith for six years now — the first four at South Dakota. The last four years have been pretty special for Peterson as the Coyotes went 48-21 in his final two years there, while the Aggies have gone 54-15 since he arrived in Logan. South Dakota won the Summit League and also played in the conference tournament championship game for the first time in school history. The Coyotes competed in the NIT and CBI postseason tournaments while Peterson was there.

Raglund joined Smith when he was hired at USU also. However, his path to Cache Valley did not include South Dakota. Raglund has been an assistant at Indiana State, Bowling Green, Northern Kentucky and Valparaiso before USU. He is known for being a tireless recruiter.

Ragland has been to the NCAA Tournament with Indiana State, Northern Kentucky, Valparaiso and USU.

Former Aggie staff member Tramel Barnes, who is now an assistant at South Dakota State, also made the top 50. BYU’s Chris Burgess did as well.

Barnes, who was the director of basketball operations at USU for the 2018-19 season, was called a “rising star” by Silver Waves Media. In his first year on the Jackrabbits staff, South Dakota State went 22-10 and tied for the regular season championship in the Summit League with North Dakota State.