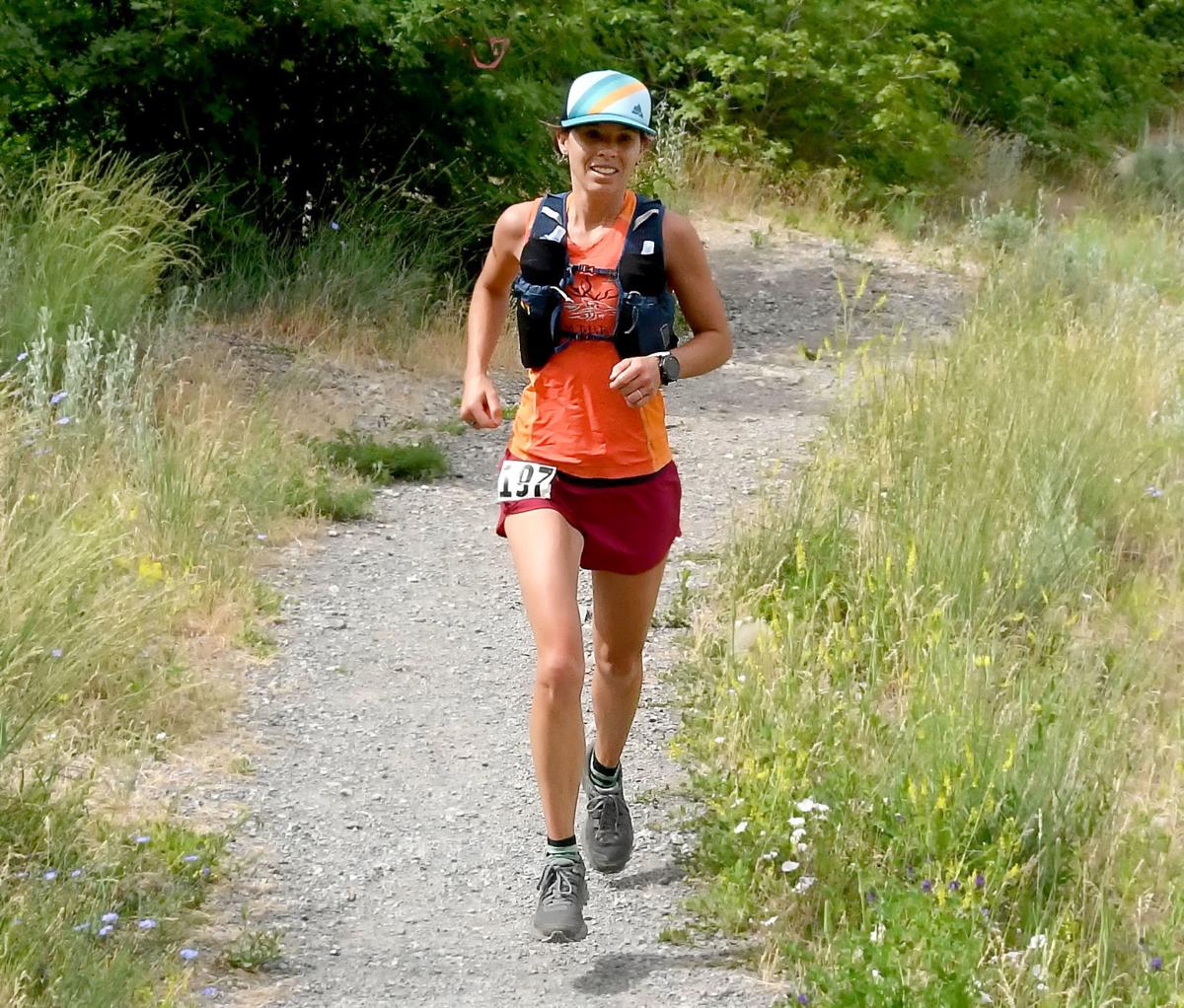 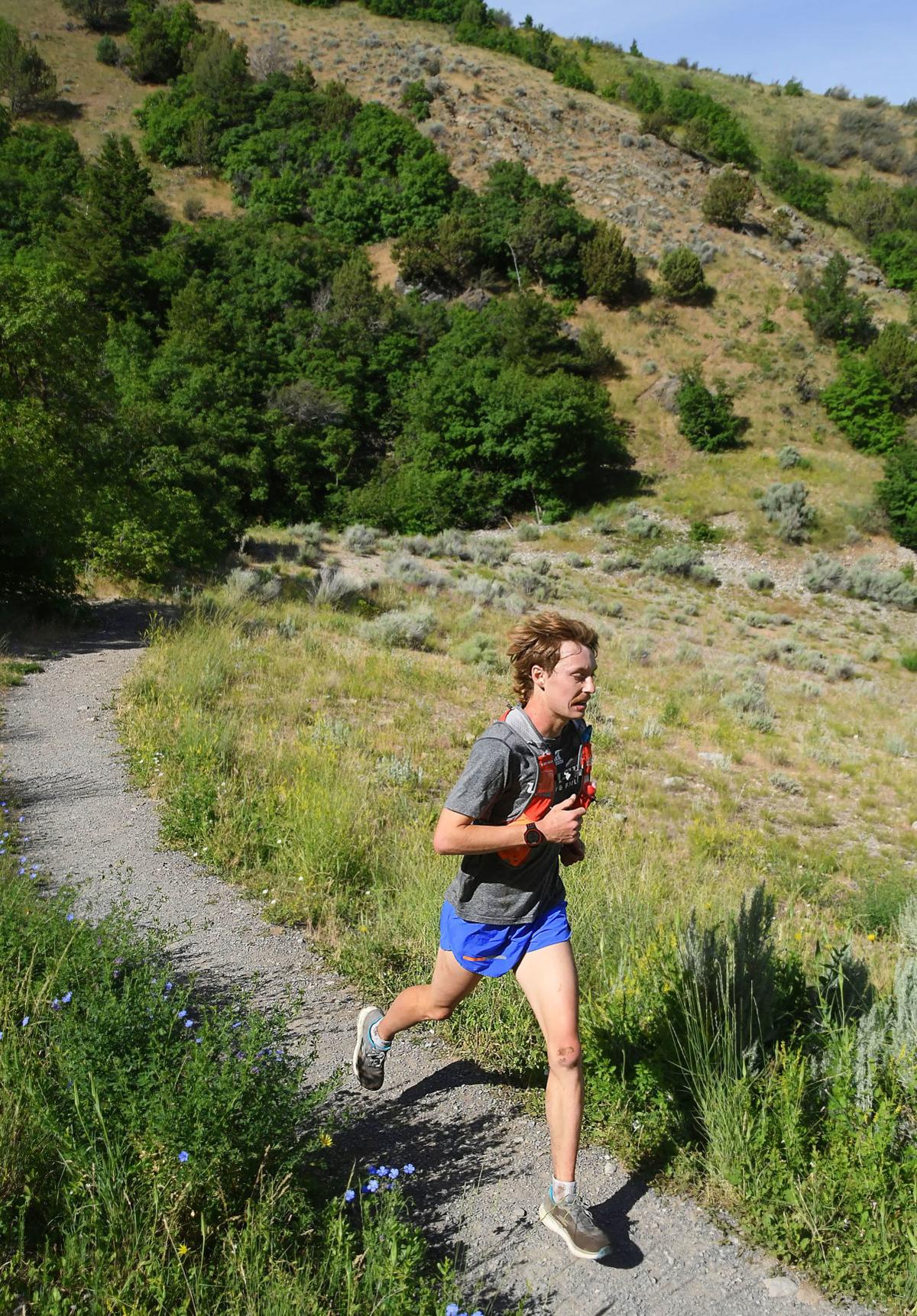 The conditions were certainly ideal for a lengthy race and several athletes took advantage, especially a pair of former Utah Valley University runners.

Blistering times were the norm at the Logan Peak Trail Run, which started and concluded last Saturday at Hyrum Gibbons Mt. Logan Park. Blaise Miller reigned supreme in a loaded men’s competition, while fellow former UVU harrier Kalina Zufelt beat all comers on the women’s side at the 14th installment of the annual event.

“The course was beautiful,” Zufelt said. “I was so great. It was a really fun course. It had the right amount of hard and technical (spots) with super runnable (spots) and great views. And luckily, the temperature today was so perfect. It wasn’t too hot and it was nice to not have snow at the top (of Logan Peak). I know that’s been an issue in the past.”

This was the first time Zufelt has showcased her ability in the Logan Peak Trail Run, although she does have some experience with longer trail races, unlike Miller. In fact, the soon-to-be 21-year-old had never even completed a training run longer than Saturday’s race.

“It’s great because I’ve always loved running on trails, so this sounded like a no-brainer to just go and do a trail (race),” Miller said. “But I haven’t won any races since my freshman year of college, so it felt good to get a win, for sure.”

Miller is used to running collegiate cross country races, which are typically eight and 10 kilometers in length. The Tooele native admitted Saturday’s event “felt foreign, for sure,” but it didn’t prevent him from putting together an impressive performance.

Was Miller surprised about how successful he was in his first foray into lengthy trail races?

“Yes and no,” said Miller, who ran up to the Y in Provo on a few different occasions in preparation for Saturday’s race. “I knew it was a possibility to come out here and win, but it was really different from what I’m used to, so I could also see me coming in 10th. I just wanted to have fun, enjoy myself and see how good I could do.”

Miller and Winters headlined a very strong men’s field. The men posted some of the event’s fastest times since the course was shortened to 26 miles a few years ago. Three athletes broke the four-hour barrier as bronze medalist Logan Williams clocked in at 3:52:05.

Former Top of Utah Marathon and half marathon champion Jake Krong finished fourth with a time of 4:01:05 — a performance that would have been good enough to win this race in 2018. Even the athletes who placed fifth and sixth — former Logan High distance runner Paul Bradford (4:06:18) and current Logan High track & field and cross country coach Eric Strand (4:10:06) — ran well enough to reign supreme at this event in past years.

Winters and Miller ran together until about 19 miles, “and then there was a flat section and I knew that, that was my strength, so I kind of made a push and I got a couple 100 meters ahead, and I just held (that lead) the rest of the way,” Miller said. Miller thoroughly enjoyed navigating through the loop course, which winds up Dry Canyon, works its way along the South Syncline Trail, ascends to the top of Logan Peak, descends to the North Syncline Trail and back down Dry Canyon.

Miller did struggle a bit on some of the steep downhill sections and fell a couple of times, which is not uncommon for competitors on this course. Nevertheless, those falls did not deter the 20-year-old from wanting to compete in future trail races.

“I told myself if I won I might sign up for (the) Speedgoat (50K), but I’m not sure,” he said. “I’m going to do a couple of cross country races, for sure, just because I love cross country. But yeah, (I’ll) probably (do) Speedgoat.”

As for Zufelt, she isn’t sure what future races are on her docket, but was very encouraged by her performance last Saturday — her first victory in an endurance event.

The Cottonwood Heights native actually wasn’t the first woman to cross the finish line as, instead, it was current Logan resident and former BYU hurdler Nicole Rasmussen. Due to the COVID-19 pandemic, there were four different starting groups, each separated by 10-minute intervals, to help account for social distancing. Rasmussen, who was credited with an excellent time of 5:03:49, left 10 minutes before Zufelt.

Was Zufelt confident she had won the race?

“I had an inkling (that I won),” said the former Brighton High star, who has finished races up to 100 miles. “On the out and back on the course, you can see everyone that’s ahead of you, so I knew there weren’t any other girls ahead of me besides the girl that I was running with. And so I was pretty sure (I had won), but I couldn’t believe it because I’ve never won a race.”

Zufelt was able to pace with Rasmussen for a good chunk of the race, which features nearly 7,000 total feet of elevation gain and loss. Having someone to push her is something the 30-year-old relished.

“It was so much fun to run with her,” said Zufelt, who was a second-team all-conference cross country runner during her time at UVU. “I mean, we ran together for a good eight miles and there was just a good camaraderie, and I love ultra running because we are all so supportive of each other. In road racing, it would have been a lot more cutthroat. And I was excited for her to be able to do well, and she was excited for me, so it made it a lot easier.”

The Murray resident finished 22nd overall, while Rasmussen was 27th. Smithfield’s Carrie Niederhauser placed third in a very good women’s field by covering the course in 5:16:06.

Nearly 125 athletes completed the course, which is capped at 175.

Seven athletes elected to run the shorter course, which is 22 miles. Former Top of Utah Marathon champion Ashley Paulson posted the fastest time with a 4:12:04.