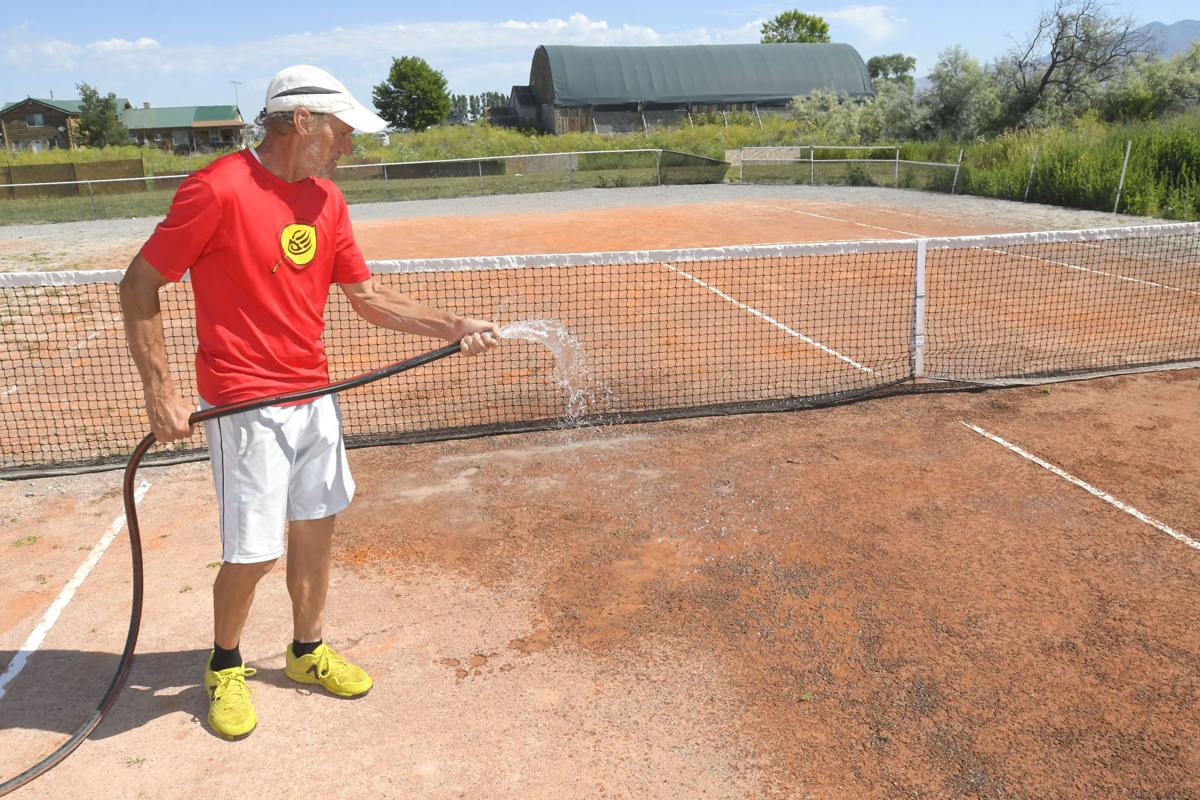 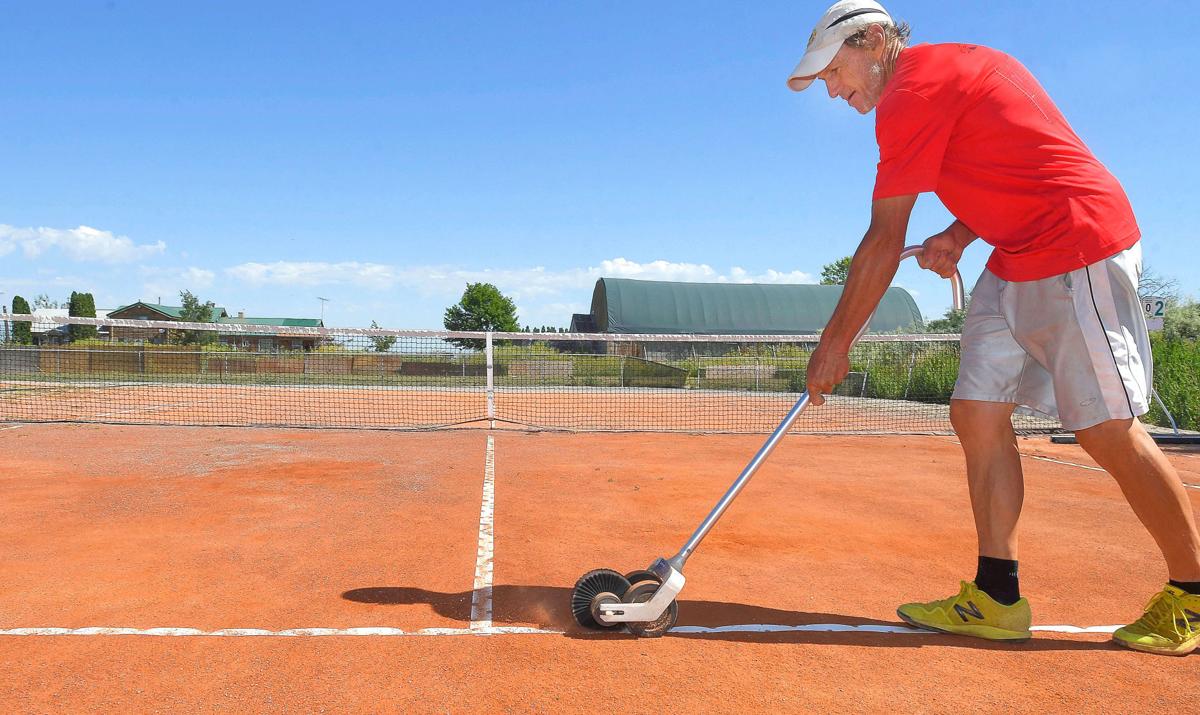 SMITHFIELD — Leland Barker became somewhat of an endurance sport legend in the Beehive State and surrounding area by winning the Wasatch 100 ultramarathon on two occasions in his early 40s.

The long-time Smithfield resident turned a lot of heads in 1999 by traversing the course in 20 hours, 24 minutes, which ended up being the second-fastest winning time in a 23-year timespan. The Wasatch 100 is a grueling race that stretches from East Mountain Wilderness Park to Soldier Hollow, and features approximately 47,000 feet of elevation gain and loss.

Barker’s affinity for ultramarathons extends beyond the realm of competition, though, as he founded the Bear 100, which starts in Logan and has been held annually since 1999. Barker is also the founder and race director for the Three Bears race, which gives athletes three different course options — 100 miles, 50 miles or 50 kilometers.

The 62-year-old has a different passion now and it’s something he’s attempting to share with the local community. Barker started playing tennis about 10 years ago and, like running, it has thoroughly enriched his life.

“I’ve just really enjoyed being involved in sports, all kinds of sports,” Barker said. “It’s exciting, it’s fun and it keeps you in good health. You eat good, stay active, and you stay healthy and feel good.”

Barker has spent the past decade competing in tennis tournaments throughout the country and has learned to play on different surfaces, including on clay. Clay courts in the United States are rare, especially in Utah, which is why Barker decided to construct a pair of courts on his property.

The owner of Mountain Valley Trout Farm put the finishing touches on both of his clay courts about two months ago, and christened the courts by holding an all-comers tournament from June 20-July 3. They are believed to be the only two clay courts in Cache Valley.

The tournament ended up being a success and Barker has two more planned this summer — another singles tournament, starting on Aug. 8, and a doubles tourney, starting on Aug. 24. Former Mountain Crest and Utah State player Matt Thatcher edged Jens Fillmore in three sets in the championship match. Thatcher had to work his way through the back draw and beat Fillmore twice to win the double-elimination tourney.

“It was so awesome,” Barker said. “I was hoping I would get a 32-player draw and I had 36 people sign up, and then a few people dropped out, so we ended up with 32 people. ... It was so fun to watch them play. They were loving playing on clay, and most of them for their first time. And the ball was bouncing pretty good for the most part. There weren’t very many bad bounces that I noticed, so I was excited that I got the courts good enough to where they could really enjoy playing on them.”

In addition to the tournaments, Barker also rents out his clay courts and an indoor hard court he constructed on his property about seven years ago. Giving local residents an opportunity to play on a different surface and have a unique experience is something the North Ogden native takes a great deal of pride in.

Barker first got the idea to build clay courts before he starting playing tennis on a competitive basis. A man was helping Barker work on his roof 15 years ago when he approached the ultramarathoner about building clay courts.

That match gave Barker the desire to play more on clay, so he entered a tournament in Florida and ended up faring much better than he did against his aforementioned opponent in Boise.

“I really enjoyed playing on clay, so I went to a few more tournaments and then I started thinking, ‘maybe I should build those clay courts that he suggested way back when,’” said Barker, who grew up working on his family-owned Cold Springs Trout Farm in North Ogden.

Building the two courts was a long, arduous process that began more than a year ago. First of all, Barker had to level out the ground, which required “months working on that with my little tractor.” After the ground was level, Barker fashioned a cement border around the courts, which entailed putting in four-inch forms and pouring cement.

Once that part of the process was complete, Barker spent about a month digging out clay, which he had an abundance of on his property.

“It was really slow this spring, so I had plenty of time to work on it,” said Barker, who purchased his Smithfield-based trout farm in 1992. “Some days I would work almost all day long just moving clay.”

Once the clay was in place, Barker had to smooth it out and make sure it was level. This was a tedious endeavor “because I kept noticing low spots, so I had to add more clay” and continually flatten out the surface.

The daily maintenance that goes into keeping the courts playable is also taxing, Barker asserted.

“You should water it every day and try to smooth it out a little bit better, because as people play on it, they put little holes in it, so you have to fill them back in and pack it down,” he said. “... If you’re having people play on it every day, you should be maintaining it an hour to two hours a day minimum to keep the courts good I’ve found out. It’s a lot of work.”

Nevertheless, it is well worth the hassle to Barker, who said he has enough room to build two more clay courts and plans on doing that, should there be enough demand for them.

For more information about the upcoming tournaments or to rent out one of the courts, visit mountainvalleytroutandtennis.com.