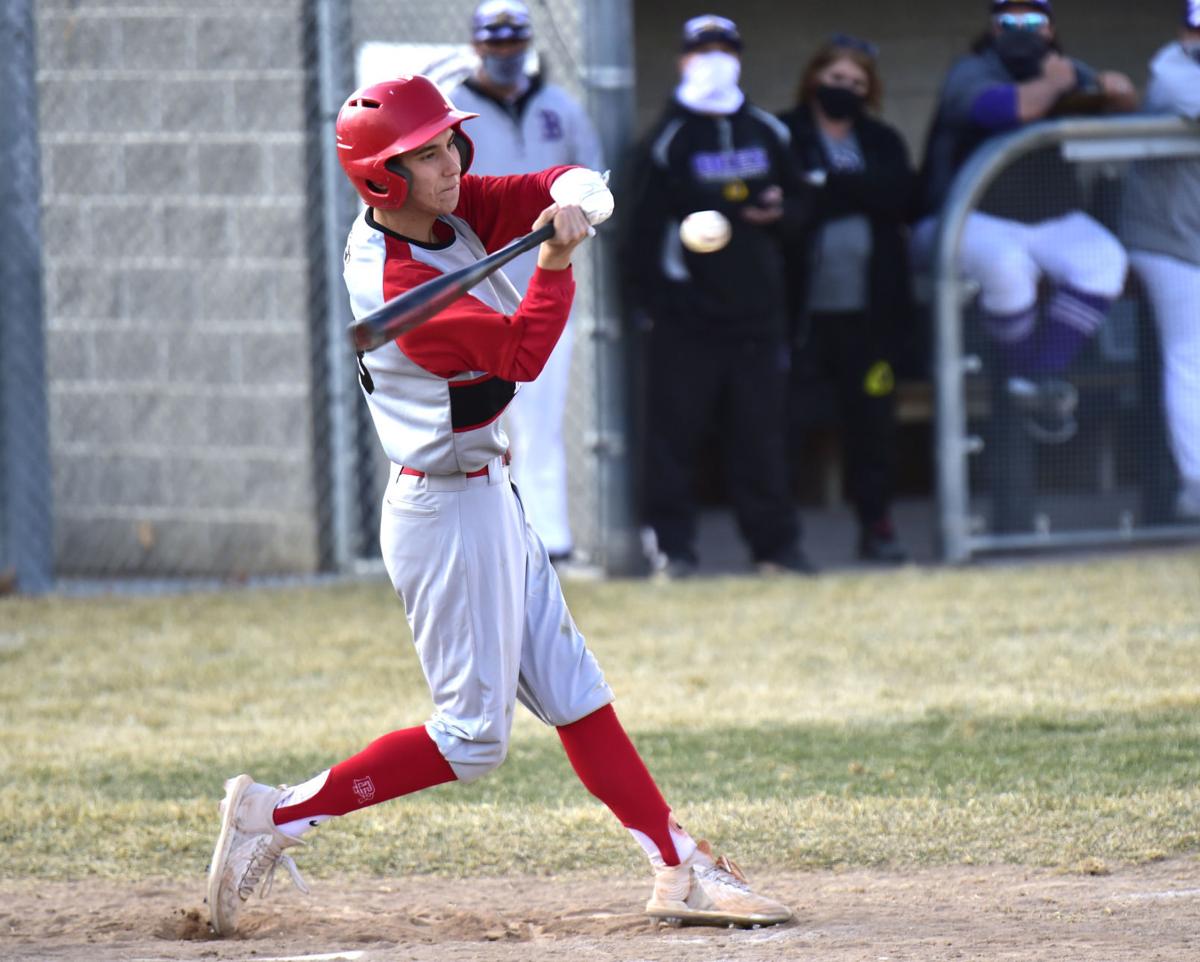 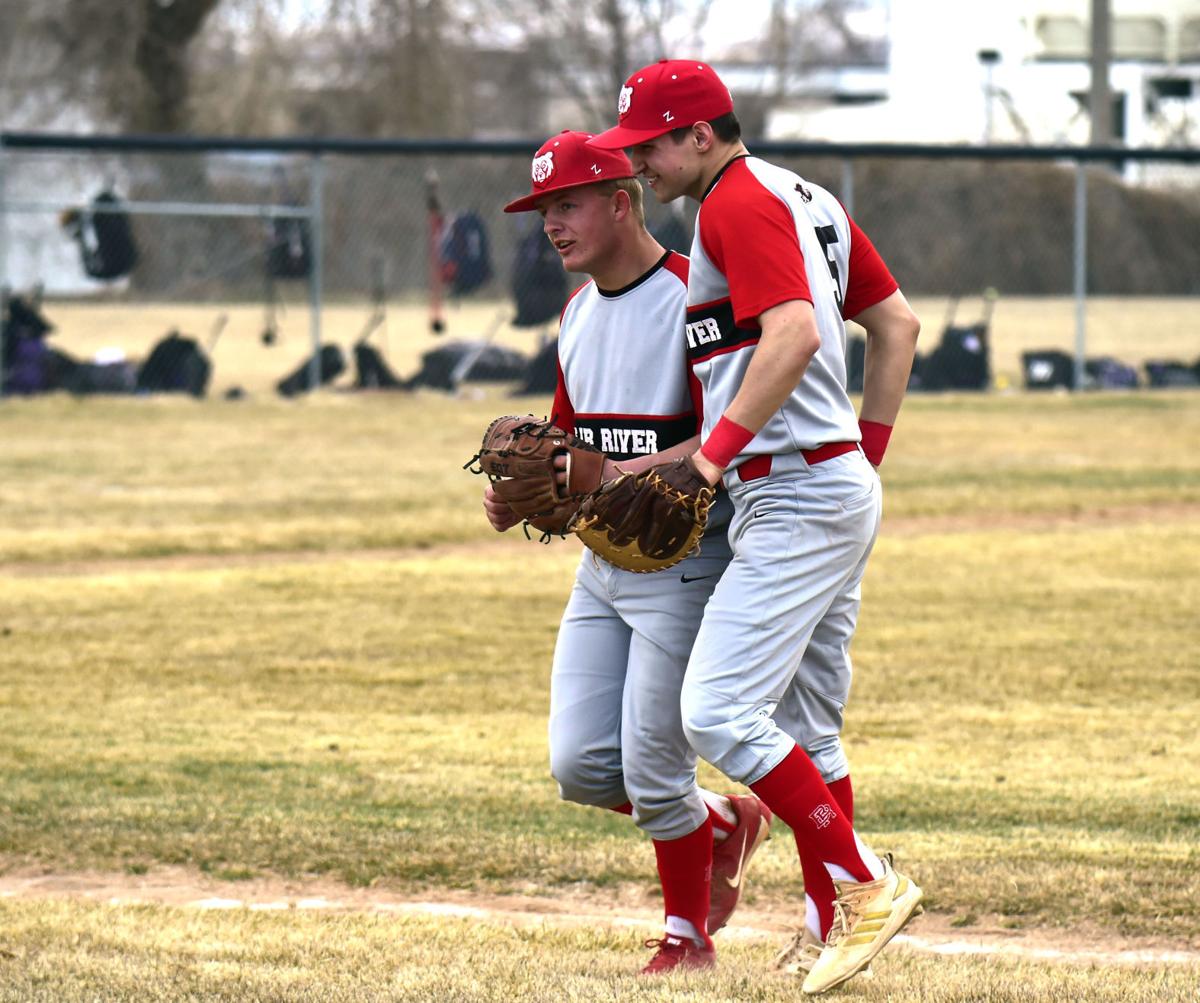 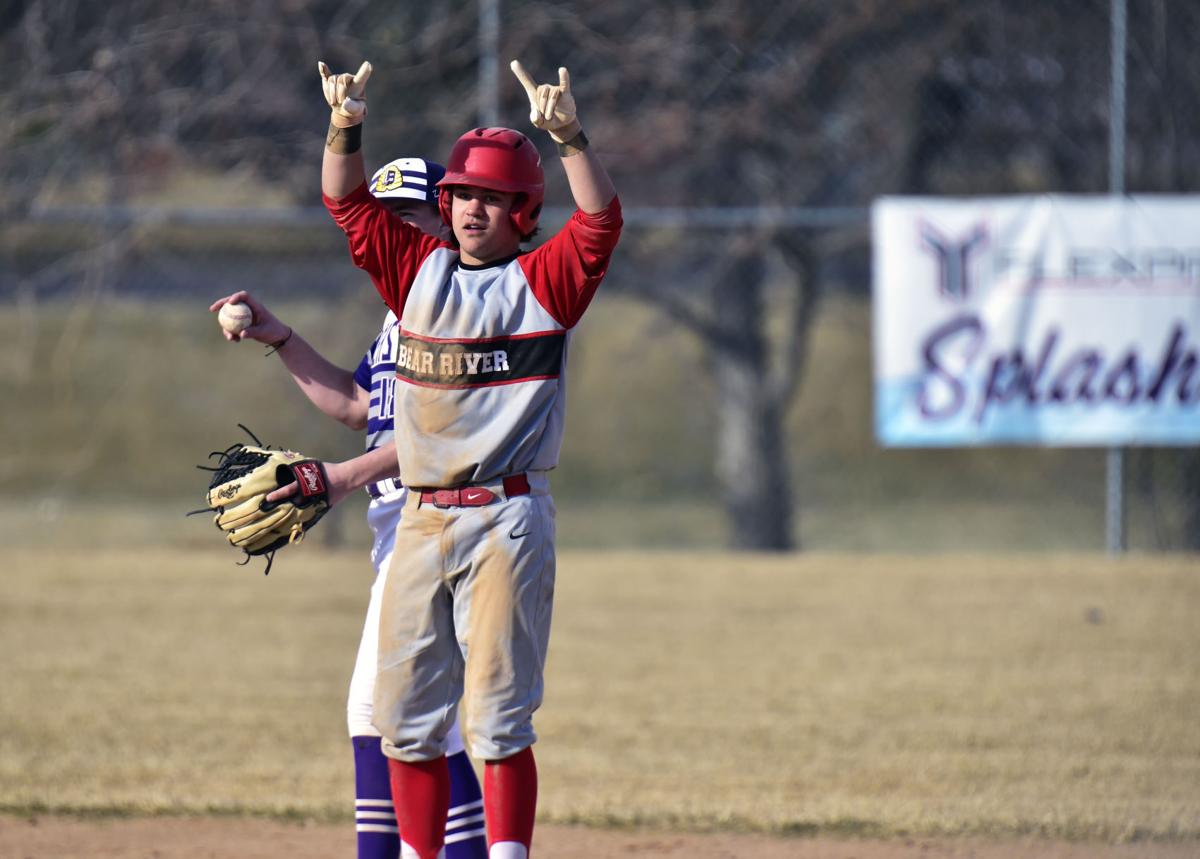 Bear River’s Alec Callister stands on base during a game against Box Elder Tuesday, March 16 in Brigham City.

Bear River’s Alec Callister stands on base during a game against Box Elder Tuesday, March 16 in Brigham City.

The Bear River baseball team got back on track last week, winning three games in as many tries, including a satisfying victory over their biggest rivals.

The Bears started off the week on the road against Box Elder in the annual battle for the Golden Spike. The team started out strong, scoring two runs in the first inning on the way to an 8-5 win over the Bees.

After Bear River’s early lead, Box Elder came back to take a 4-2 lead after three innings. The Bears took over after that, scoring two runs in each of the fourth, sixth and seventh innings for the win. The Bees got one more run in the seventh for the final score, but committed three errors in the losing effort at home.

Jarett Giles and Talon Marble each hit 2 for 4 for Bear River. Giles scored two runs and Marble drove in two, while Derek Dean picked up the win on the mound. Five Bears picked up RBIs in a balanced offensive effort.

Bam Colling hit a solo shot for Box Elder, which fell to 0-4 on the season. Alex Griffin batted 3 for 3 and scored one run, but also took the loss on the mound.

The rivalry win apparently energized the Bears, who returned home and scored blowout victories on Thursday and Friday.

On Thursday, Bear River hosted Viewmont and came away with a decisive 13-2 win in a game that was called after five innings due to the mercy rule. The Bears came out of the gate swinging again, scoring five runs in the first inning followed by an eight-run outburst in the third.

In another show of offensive balance, seven different Bears batted runs home, led by Ashton Harrow, who had three RBIs, including a triple. Easton Lish and Garrison Marble each batted in two runs.

Lish got the win on the mound, while the Vikings’ Roan Walker took the loss.

The Bears’ bats remained hot on Friday as they hosted Pocatello and won 16-5 in a game that was called after six innings, again because of the mercy rule. The Bears racked up 16 hits, including doubles from Talon Marble, Hunter Harrow, Ashton Harrow and Marcus Callister.

The Harrows combined for six RBIs, and just like Thursday, seven different Bears batted at least one runner home. Ashton Harrow was the winning pitcher.

Bear River (4-2) is back on the road this week as the team heads south to take on Fremont on Wednesday and Davis on Friday. The Bears will then face their first Region 11 competition of the season in a three-game series with Ridgeline that begins on Tuesday, March 30.