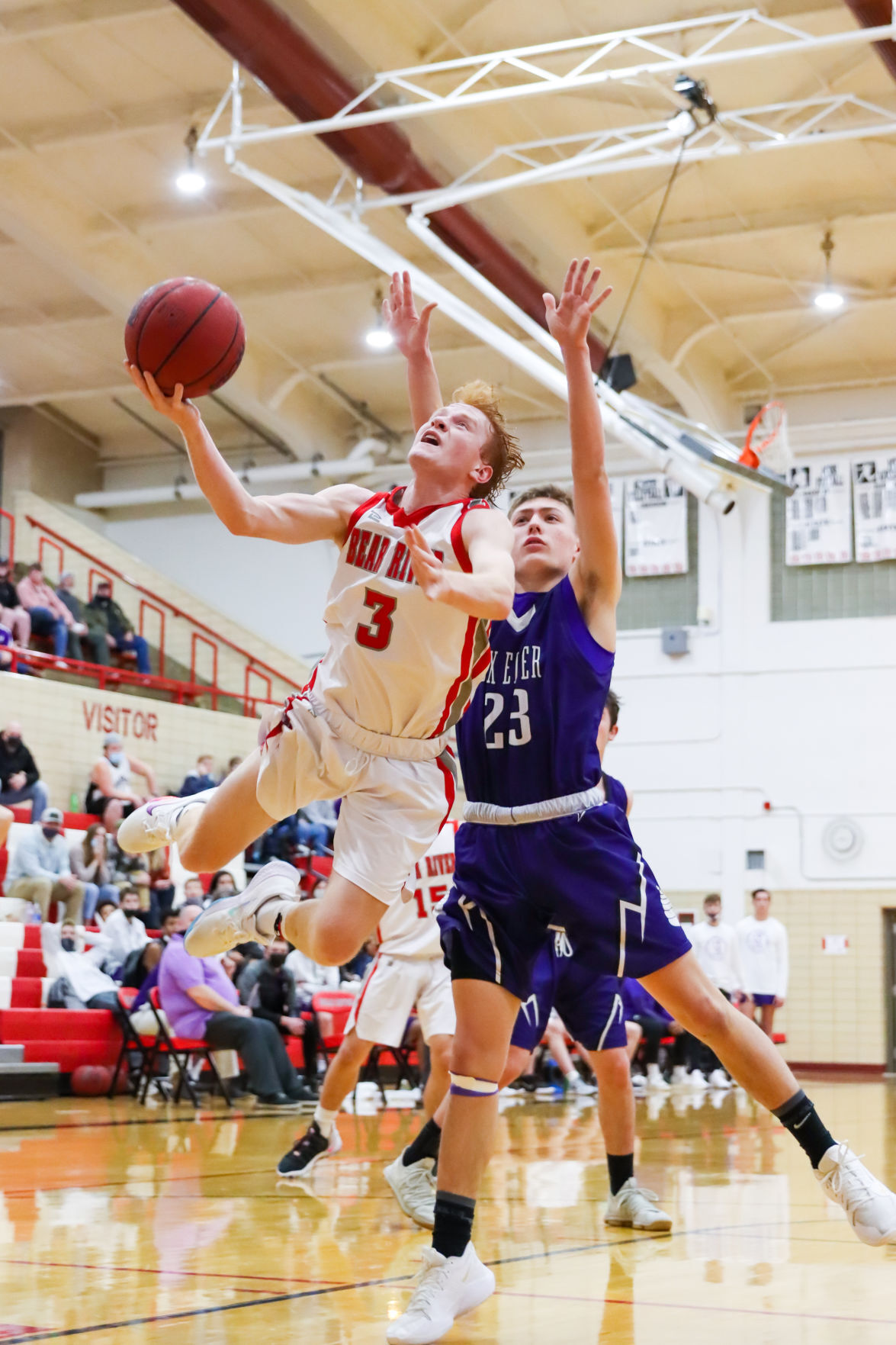 Bear River’s Chase Adams (3) drives to the basket in a game against Box Elder Tuesday, Dec. 22 in Garland. SLIDESHOW: See more photos from the rivalry game online at www.tremontonleader.com 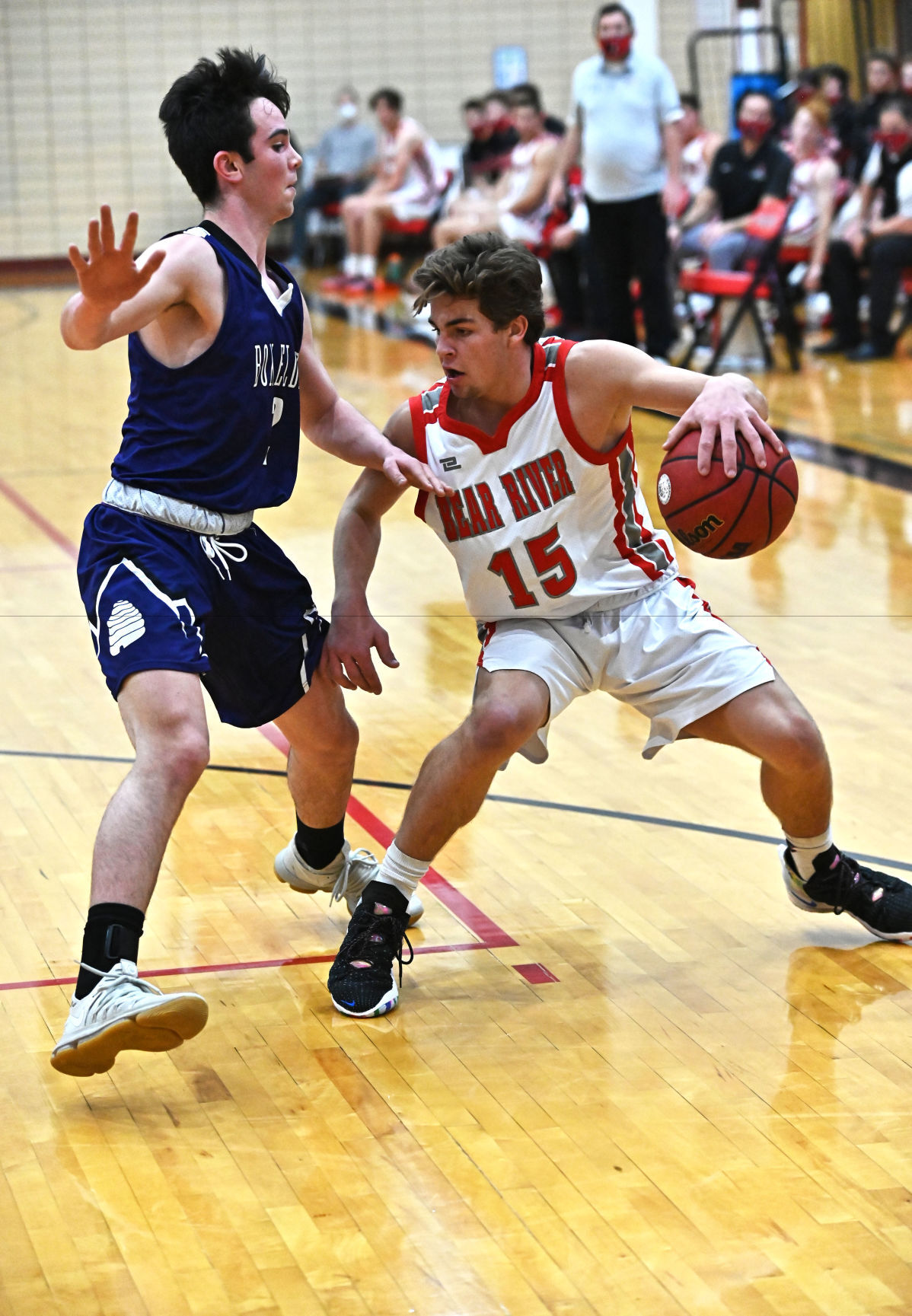 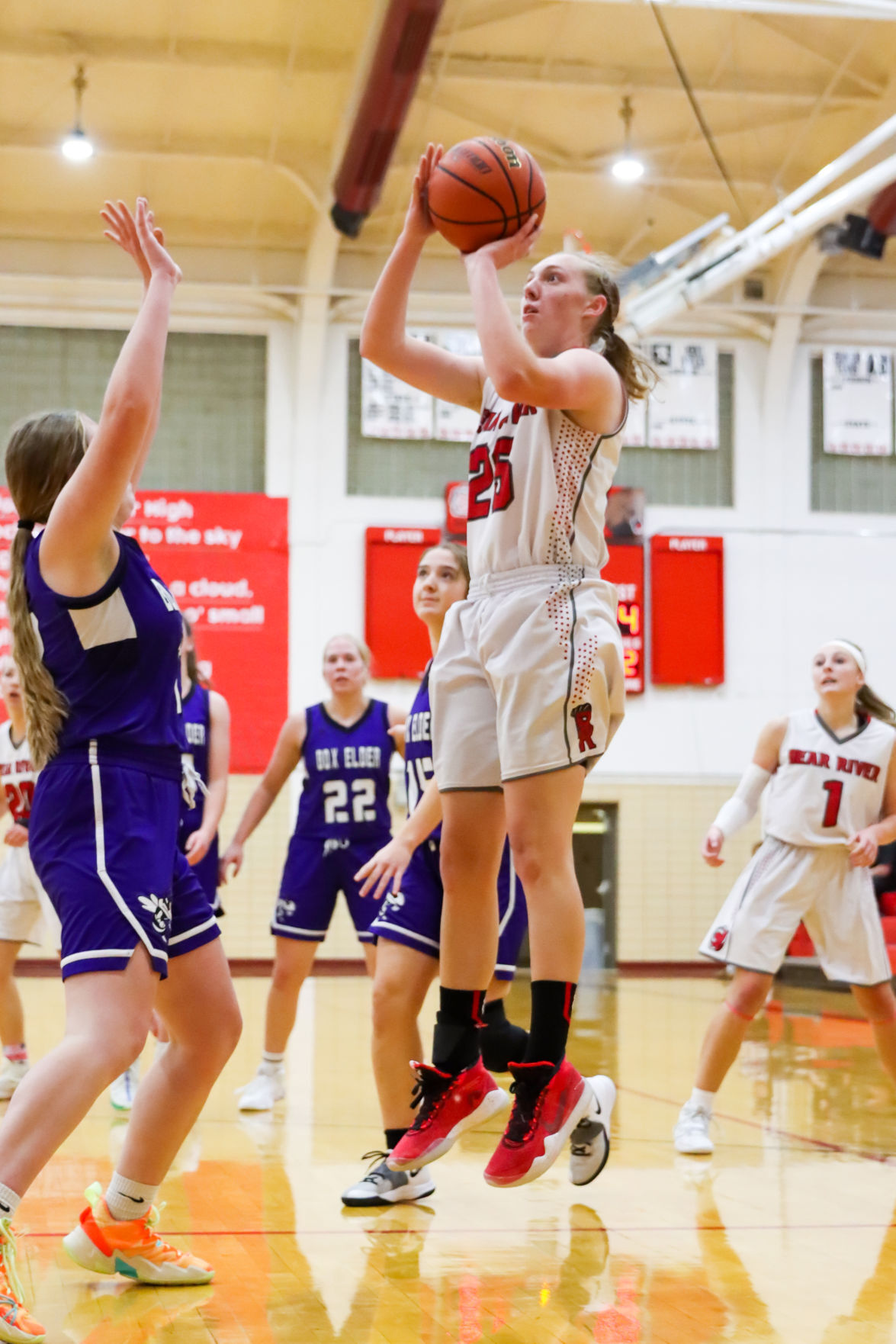 Bear River’s Chase Adams (3) drives to the basket in a game against Box Elder Tuesday, Dec. 22 in Garland. SLIDESHOW: See more photos from the rivalry game online at www.tremontonleader.com

Key defensive plays, clutch free-throw shooting and a difficult bank shot in the waning moments propelled Bear River to a thrilling overtime victory over Box Elder last week, sending the Bears and their fans into the Christmas weekend on a high note.

The Bees, hungry for their first win of the season, came to Garland last Tuesday, Dec. 22 with a lot of energy and were up 21-11 at the end of the first quarter. But the Bears, playing at home before a sparse crowd because of coronavirus restrictions, settled into their game plan and cut the visitors’ lead to four by halftime.

Box Elder extended its lead back to seven at the end of the third, but the Bears clawed back in the final period of regulation. Caleb Barfuss hit a layup to tie the score at 52-52 with about a minute and a half remaining, then calmly knocked down two free throws to tie it up again after the Bees responded with a bucket of their own.

Box Elder had the ball with a chance to win it in regulation, but Easton Lish came up with a steal to send it to overtime with the score knotted at 54 apiece.

After the Bees scored first in the extra period, Chase Adams made a tough, driving layup to tie the score at 56-all. Gherig Marble hit a turnaround jumper from the baseline, Lish made two big free throws, and Adams took a charge from Box Elder’s Reggie Greer to give the Bears the ball with a two-point lead.

Gherig Marble’s reverse layup after a nifty bounce pass from Garrison Marble put the Bears up 62-58 with about 45 seconds left, but the Bees weren’t going away quietly. Jackson McKee drilled an open 3-pointer and Greer scored from the post to put the visitors back on top, 63-62, with 14 seconds on the clock.

Adams took the inbound pass and wasted no time pushing the ball up the floor, earning just enough space on a hesitation dribble move to pull up and bank home a shot with 7 seconds left.

A botched inbound pass by Box Elder was scooped up by Lish, and the Bears celebrated a 64-63 win at half court.

Adams led Bear River in scoring with 17 points, followed by Jace Jacobsen with 12 and Gherig Marble with 10. Barfuss added nine points and five rebounds, and nine different Bears scored at least once in the team effort.

The Bears improved to 5-2 on the season, while Box Elder fell to 0-7. Bear River was scheduled to close out 2020 with three games in the Eagle Holiday Shootout this week at Juan Diego High in Draper.

Olivia Taylor had another strong performance for the Bear River girls, but it wasn’t enough for the win as the Bears fell to Box Elder 46-53 last Tuesday, Dec. 22 in Garland.

Taylor led the team with 15 points, while Lyza Pebley scored 11 and Kate Dahle chipped in 10. The Bees’ Ashlyn Reeder led all scorers in the game with 16 points.

The Bears dropped to 2-6 on the season and are scheduled to host Orem at 7 p.m. Wednesday in their final game of 2020.