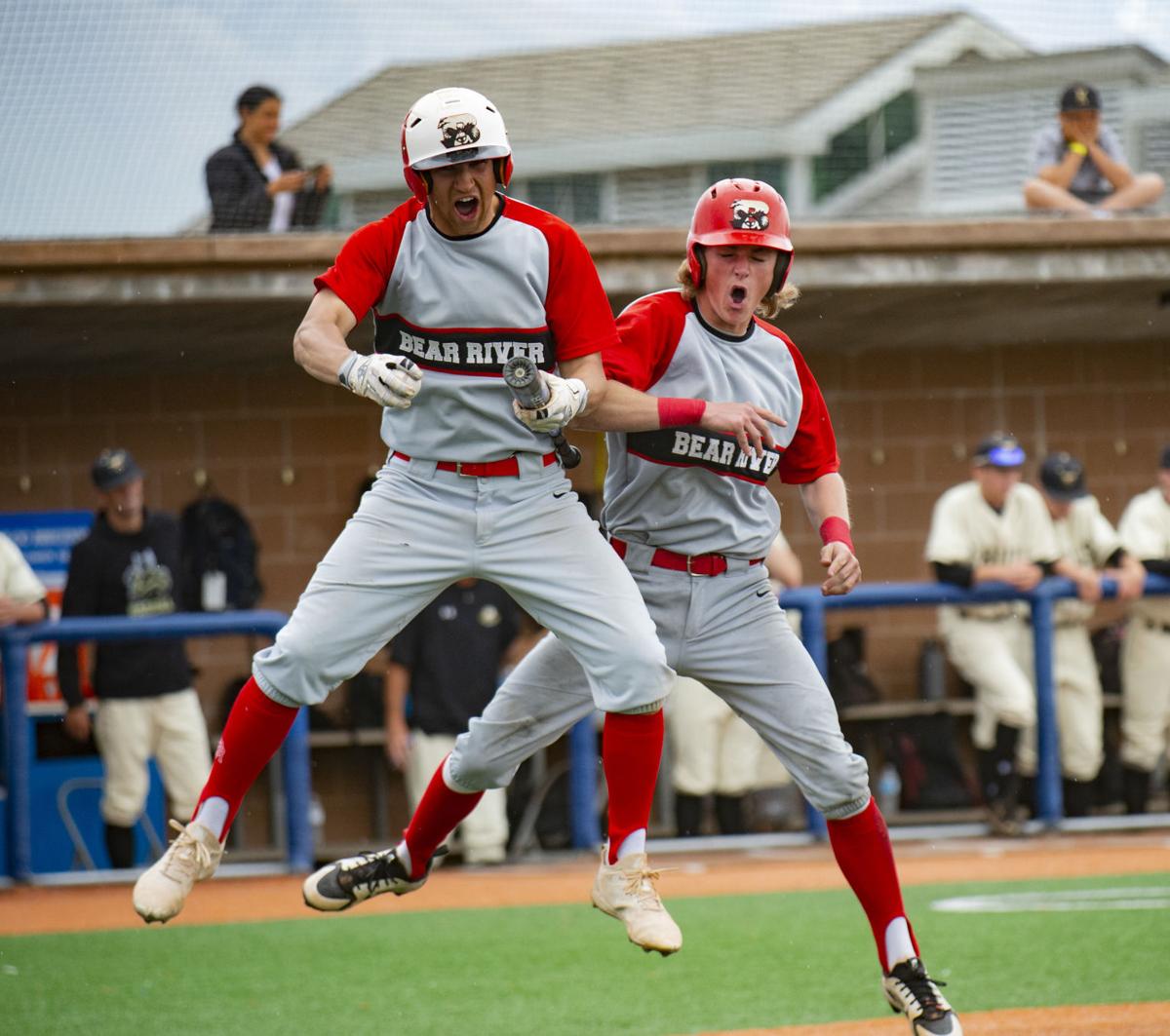 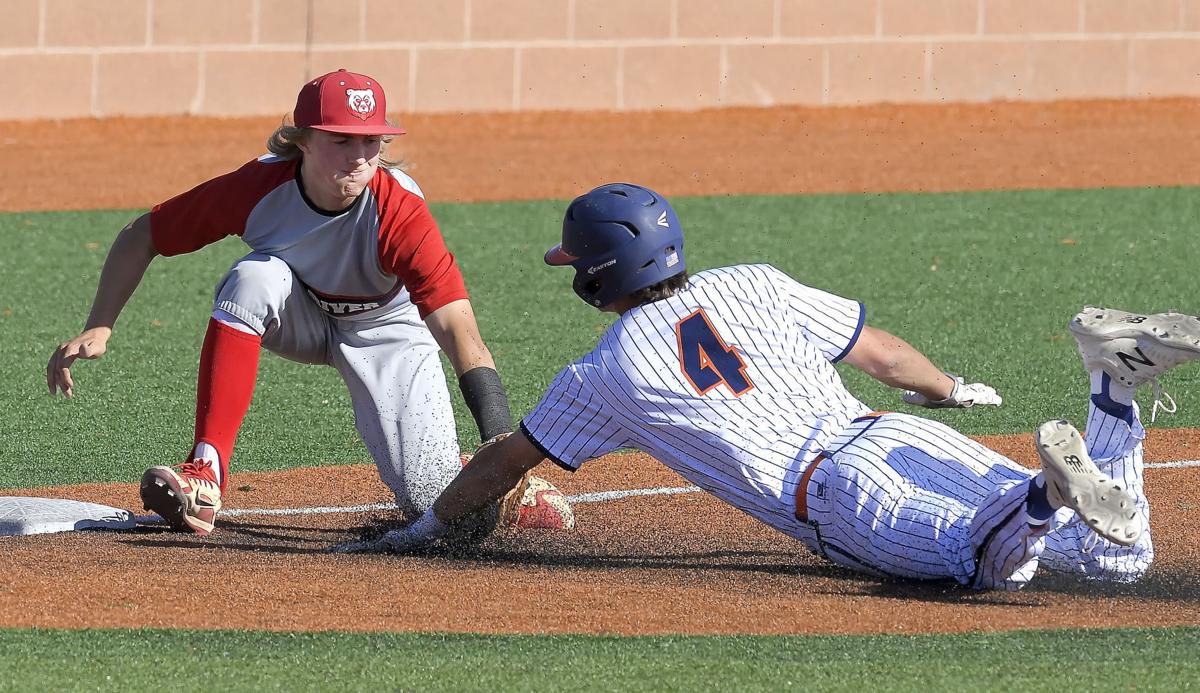 Bear River's Ashton Harrow tags out Mountain Crest's Caden Jones at third base on Tuesday, May 18 in West Jordan. 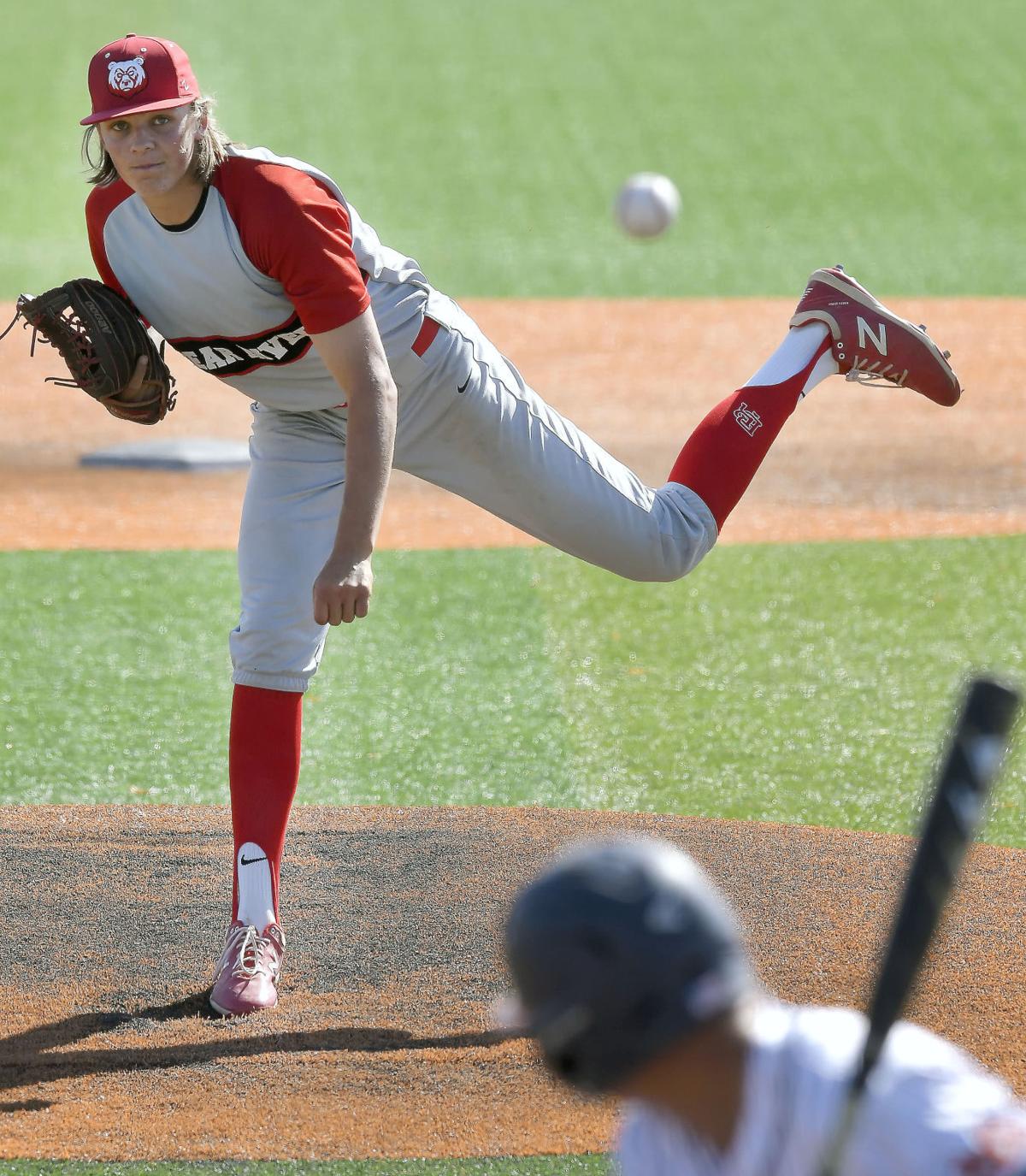 Bear River's Ashton Harrow tags out Mountain Crest's Caden Jones at third base on Tuesday, May 18 in West Jordan.

The Bear River baseball team bowed out of the 4A state tournament in the quarterfinal round last week, but not before pulling off the biggest upset of the state tournament.

On Monday, May 17, the Bears got past No. 1-seeded Desert Hills 8-6 in a game that required an extra inning to settle the score.

At Salt Lake Community College, Bear River pitcher Derek Dean flustered the Thunder batters through five innings as the Bears took a 2-0 lead into the sixth. That's where Desert Hills found its offense, scoring four runs to take a 4-3 lead into the seventh inning, where Bear River forced an extra inning by outscoring the Thunder 3-2.

With the game tied at 6-6, Taden Marble drove in the go-ahead run for the No. 9-seeded Bears in the eighth inning. Ashton Harrow, who pitched the last three innings in relief of Dean, held the Desert Hills batters in check to seal the win.

The win set up a showdown with fellow Region 11 contender Mountain Crest on Tuesday. A valiant comeback effort by the Bears came up a run short as as the Mustangs defeated Bear River 9-8.

The Mustangs took a big lead with five runs in the third inning and three more in the fourth. The Bears rallied with four runs in the fifth inning to pull within one, but that would be all of the scoring for the day as both teams clamped down on defense.

Marcus and Alec Callister combined to go 5-for-8 at the plate and drive in two runs. Hunter Smoot and Jarett Giles added two hits apiece, including two RBIs for Giles. Taden Marble pitched the complete game.

The loss set up a Wednesday rematch with Desert Hills in the single-elimination part of the bracket, and the Thunder got their revenge, winning 3-1 to end the Bears' season. Desert Hills would go on to lose 13-0 to Mountain Crest, who lost to eventual champion Snow Canyon in two games in the final round.

The Bears finished the season with plenty of good memories and an overall record of 17-14.