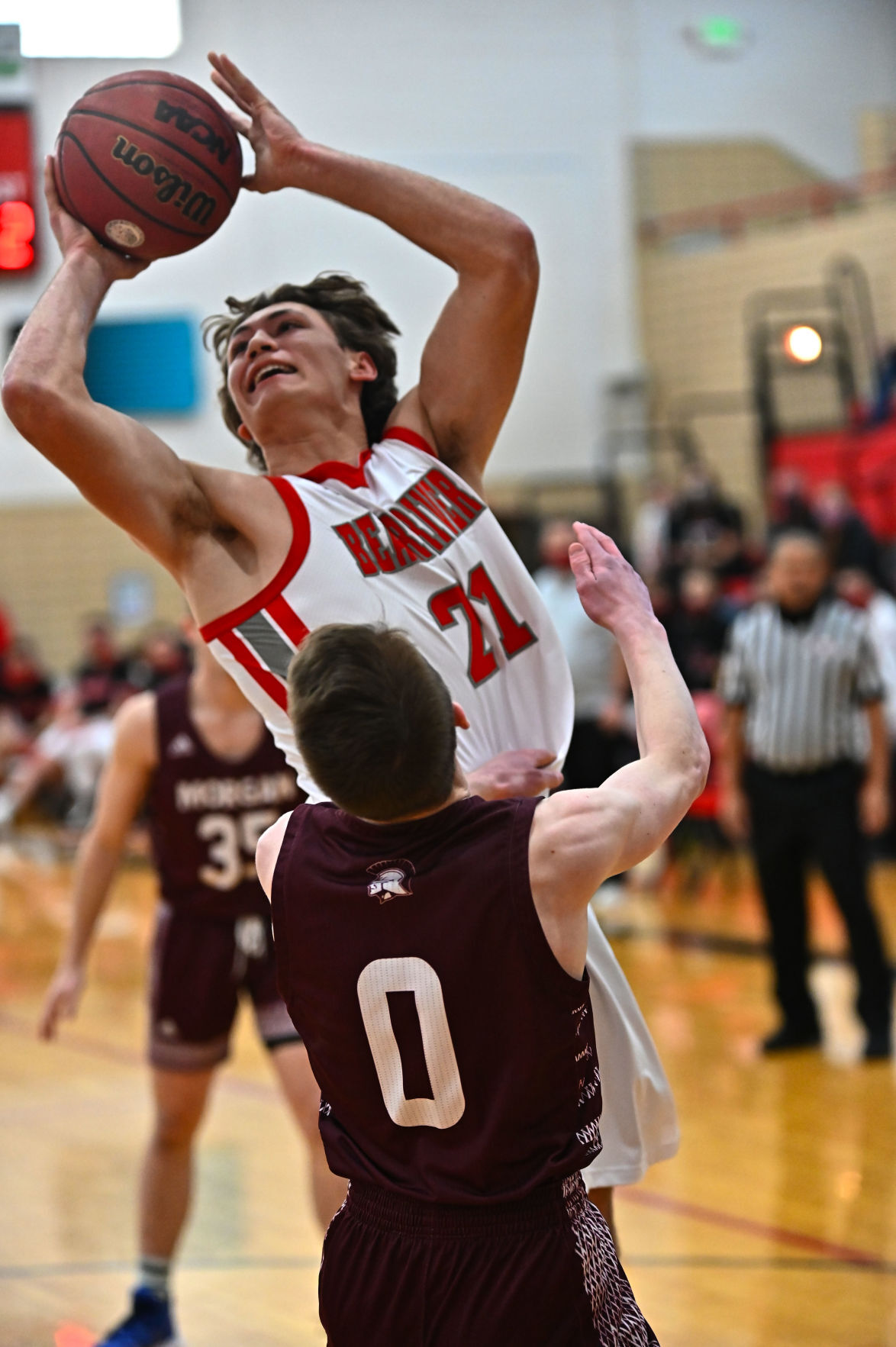 Bear River’s Kace Jones goes up against a Morgan defender Jan. 9 in Garland. Jones led all scorers with 18 points to go with 15 rebounds. 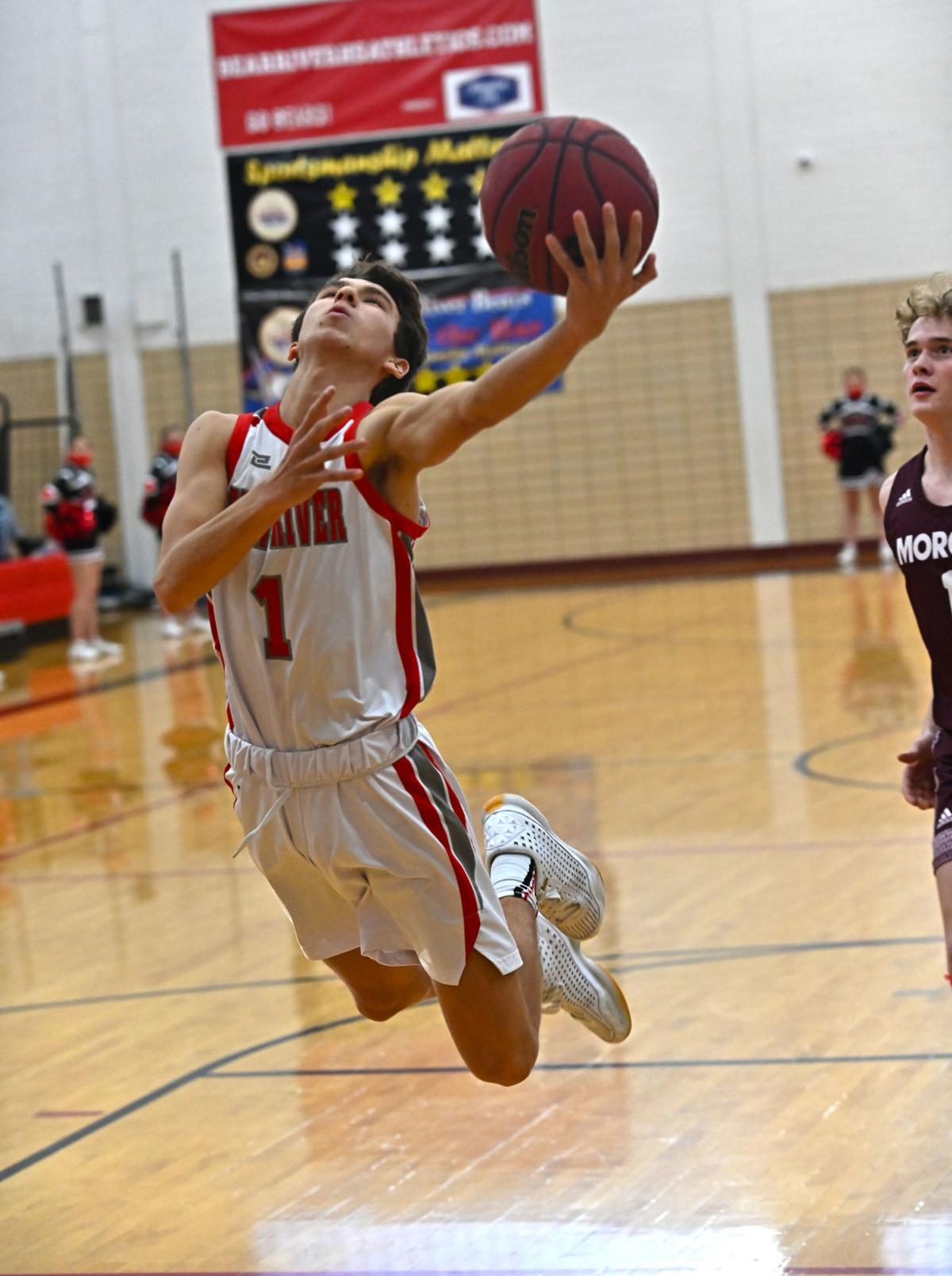 Bear River’s Jarett Giles goes in for a layup against Morgan Jan. 9 in Garland.

Bear River’s Kace Jones goes up against a Morgan defender Jan. 9 in Garland. Jones led all scorers with 18 points to go with 15 rebounds.

Bear River’s Jarett Giles goes in for a layup against Morgan Jan. 9 in Garland.

The Bear River High boys basketball team had one more game on the schedule before heading into region play this week, and they made the most of it.

Kace Jones was a force at both ends of the court, scoring 18 points and pulling down 15 rebounds to lead the Bears to a 66-59 victory over the visiting Morgan Trojans.

Bear River jumped out to a 10-point lead at the end of the first quarter and led by 11 at halftime, then withstood a furious fourth-quarter rally by the visitors, who outscored the Bears 27-21 in the final period to make it close.

Aside from Jones’ double-double performance, the Bears brought a very balanced scoring attack in which nine different players got on the scoreboard. Kaleb Barfuss had 9 points and Jarett Giles added 8.

The win improved the Bears’ record to 7-4 this season and gave them some momentum heading into a big Region 11 opener Friday night in which they host Sky View (6-3), the defending region champions and last year’s 4A runner-up. Tipoff is scheduled for 7 p.m. at Memorial Gymnasium.

The Lady Bears will also open region play against Sky View, but will be traveling to Smithfield for a 7 p.m. Thursday night tipoff.

The girls’ squad lost to Sugar-Salem, Idaho last Thursday, but won three consecutive games before that over Uintah, Orem, and an exciting overtime victory against Kearns last Tuesday, Jan. 5.

The girls now have an overall record of 5-7.