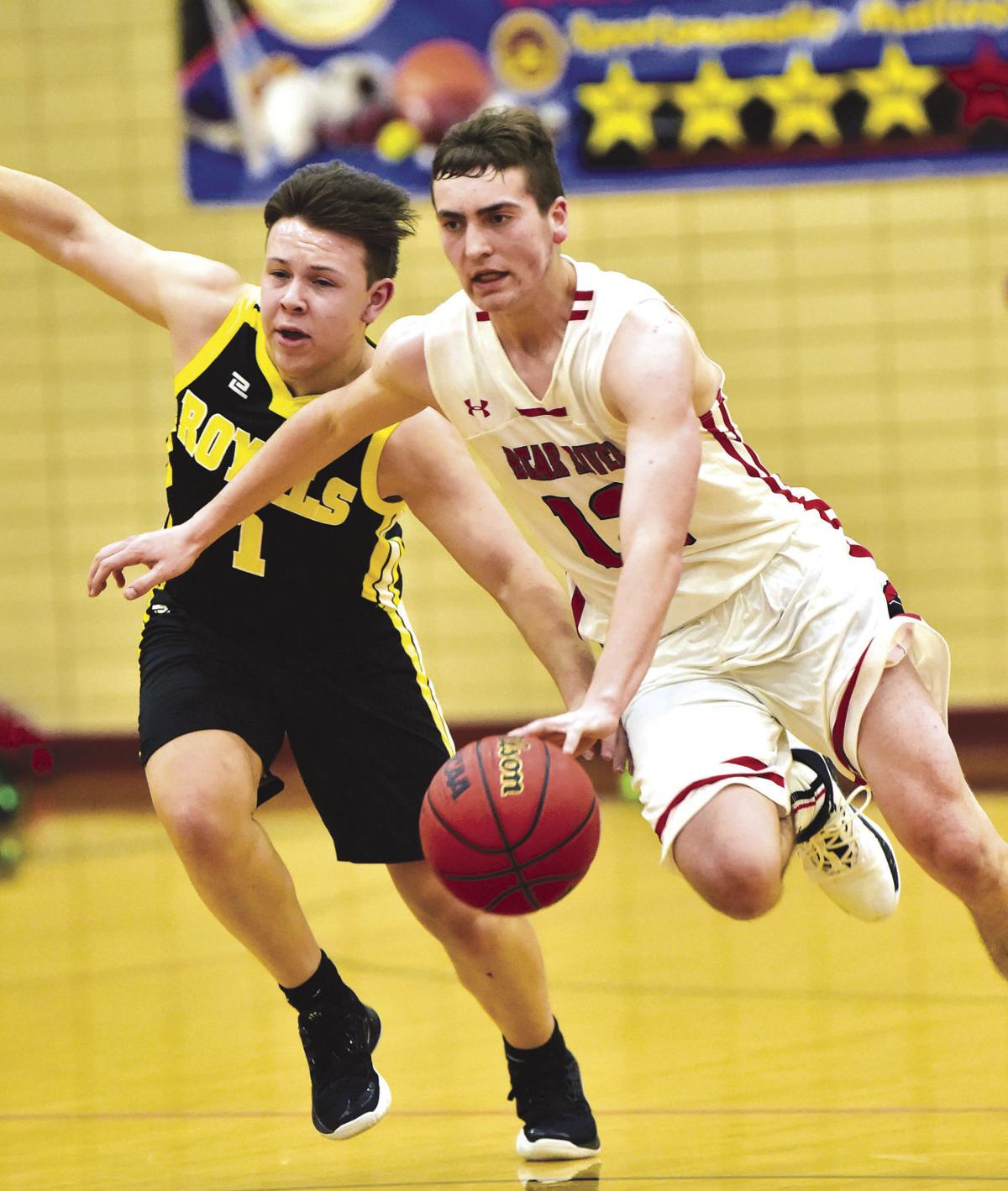 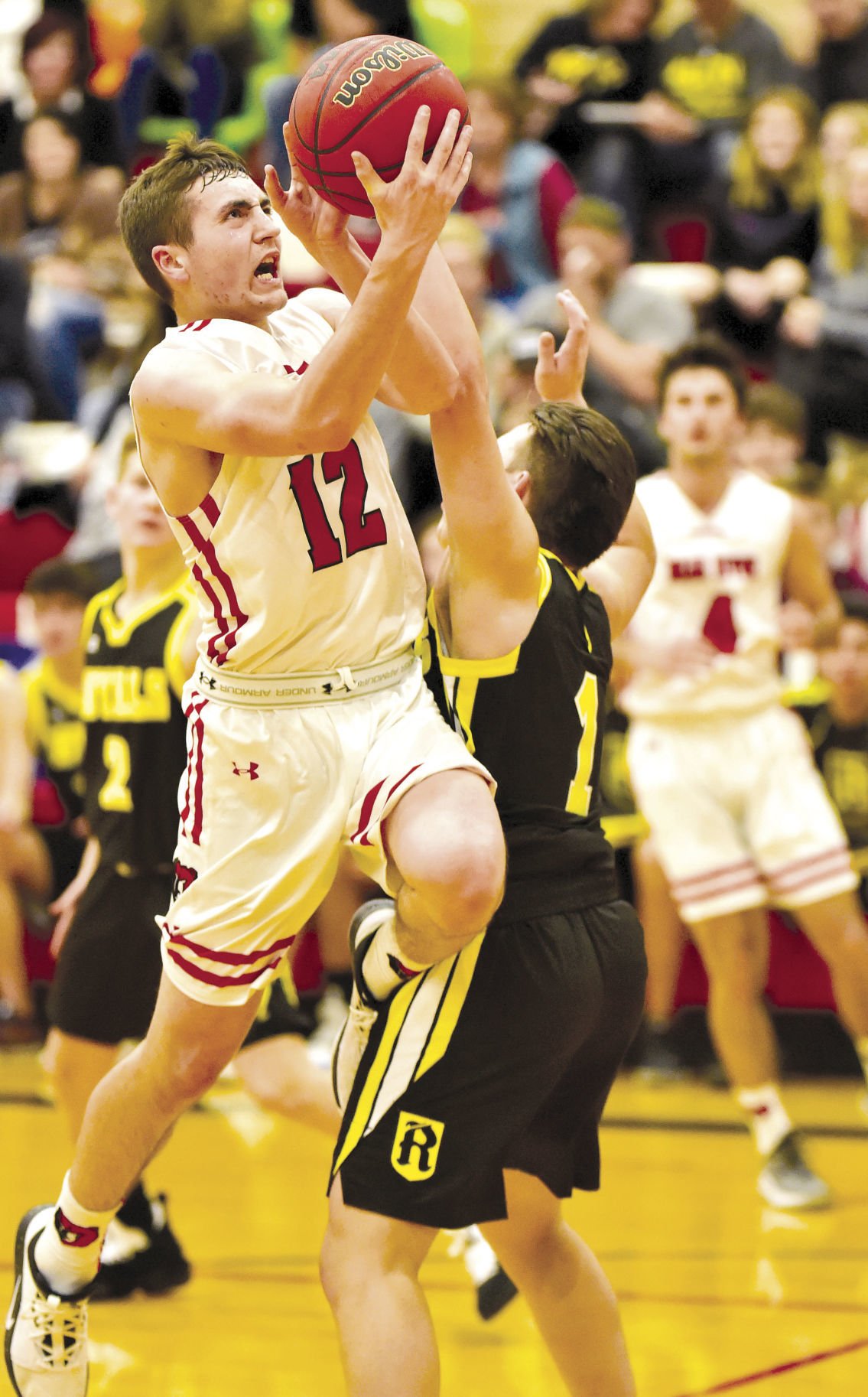 Bear River’s Mark Huber (12) goes up for a shot against Roy on Friday, Dec. 13 in Garland. 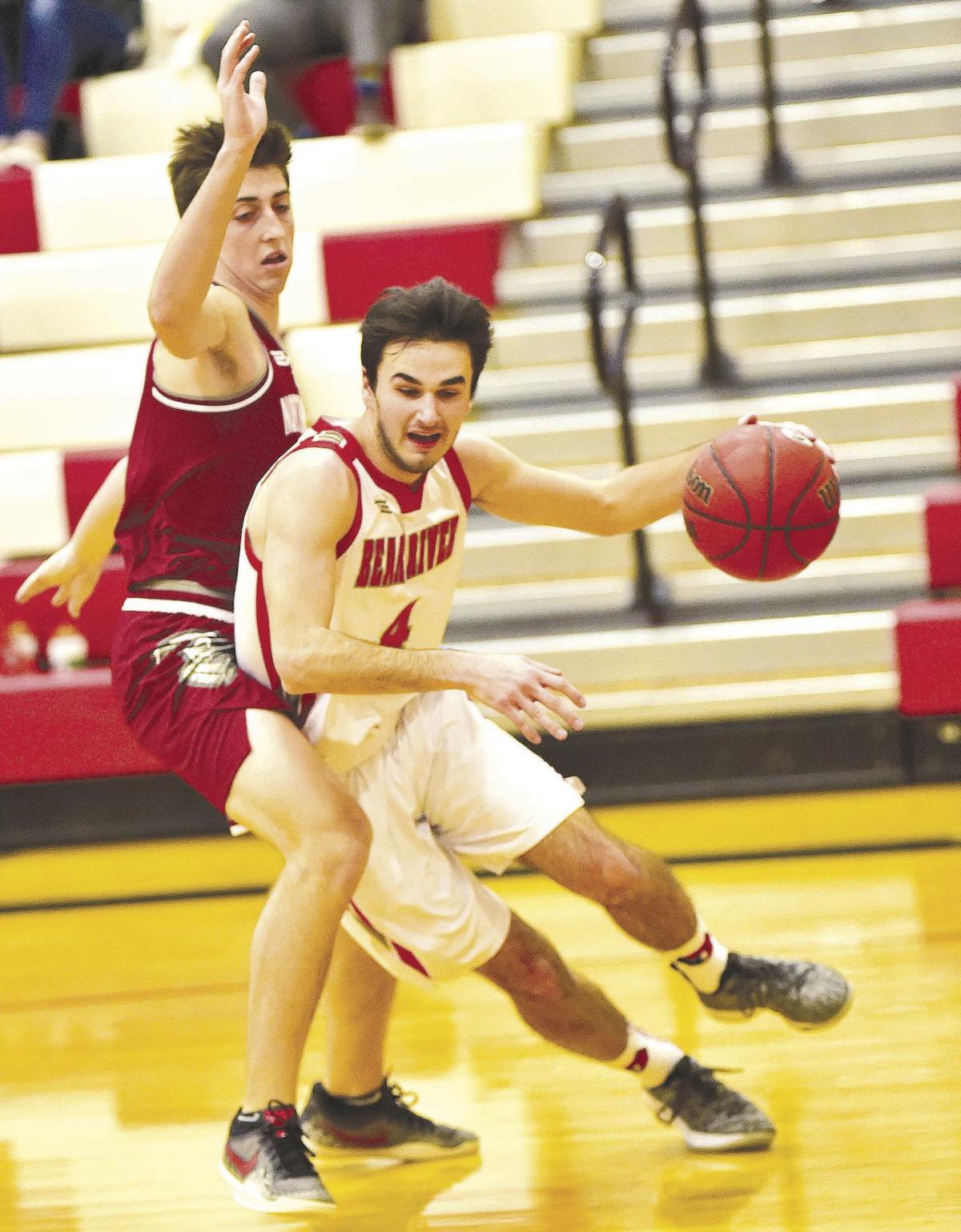 Bear River’s Mark Huber (12) goes up for a shot against Roy on Friday, Dec. 13 in Garland.

The Bear River boys basketball team might have been forgiven for looking ahead to a matchup against their former coach, but the Bears maintained their focus and came away with two wins last week against foes from larger schools to remain as the only undefeated team left in the state in the 4A classification.

The Bears got into the meat of their non-conference schedule last week, hosting two 6A clubs from Region 1 in Northridge and Roy.

Playing against Northridge on Dec. 11, the Bears rode the energy of the home crowd to a 85-69 win, avenging last year’s road loss to the Knights in the process.

That set up a game against Roy on Dec. 13, with a familiar face on the opposing sideline in new Royals Coach Scott Hunt, who guided the Bears to a runner-up finish in the 4A championship game last season. Bear River came away with another victory, 77-59, to improve to 5-0 on the young season.

Against Northridge, seniors Mark Huber and Ren Fonnesbeck took the reins and got some big help from their teammates as five Bears scored in double figures. Huber led the way with 29 points, including five 3-pointers. Fonnesbeck scored 16 to go with nine assists, Kace Jones notched a double-double with 11 points and 14 rebounds, Logan Litchford scored 17 and grabbed seven boards, and Josh Payne added 12 points in a strong overall shooting performance for the Bears.

Bear River won every quarter and made nine threes as a team to overcome a balanced effort from the Knights, who found scoring from nine different players but fell to 1-5 on the season nonetheless.

On Friday, Roy came out with hustle and led 16-11 after the first quarter, but Bear River had tied the score by halftime and rode a dominant third quarter to victory. Huber was the go-to guy once again, leading the squad with 28 points, seven rebounds, four assists and two steals. Litchford was on fire from beyond the arc, canning five threes en route to a 19-point evening. Fonnesbeck added 12 points and dished out five assists.

With last week’s wins, Bear River improved to 5-0, with all of the wins coming on the home court.

The Bears headed out on the road this week, taking on 5A Cottonwood on Tuesday and 3A Morgan on Wednesday. The team wraps up the week this Friday, Dec. 20 with the annual rivalry game against Box Elder. Tipoff is scheduled for 7 p.m. in Brigham City.