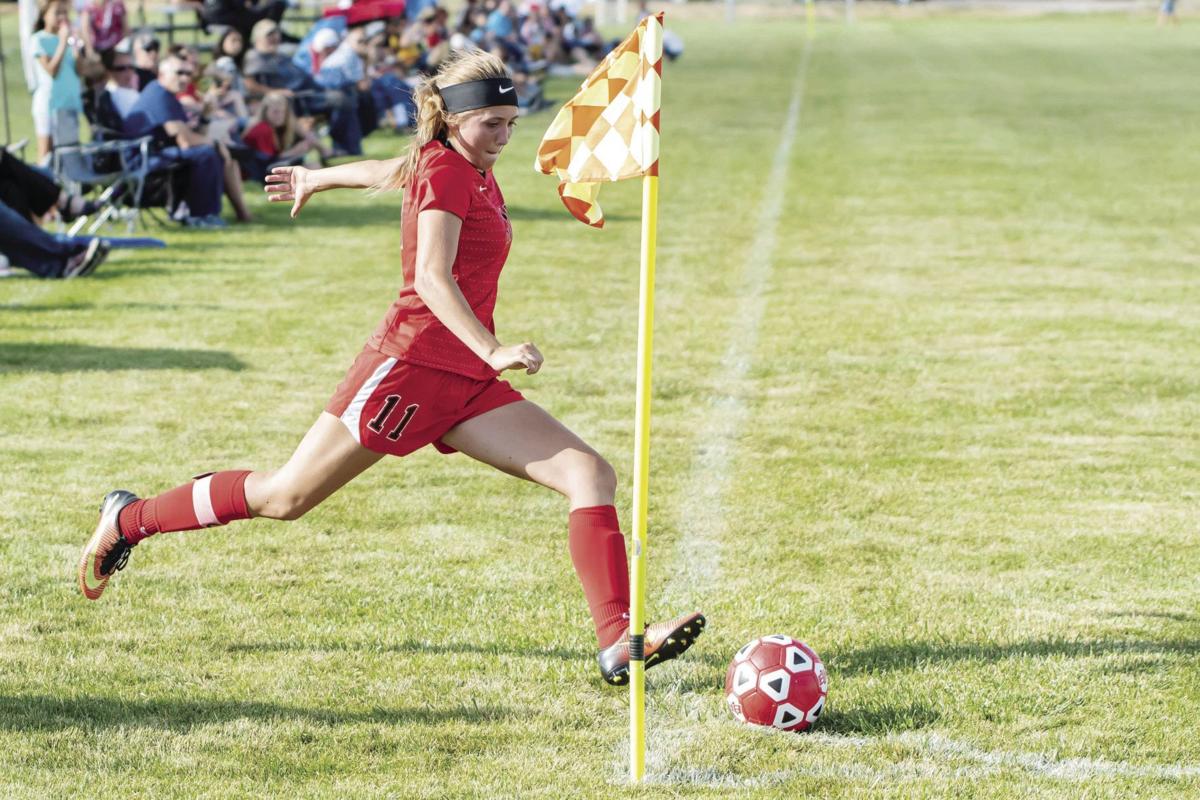 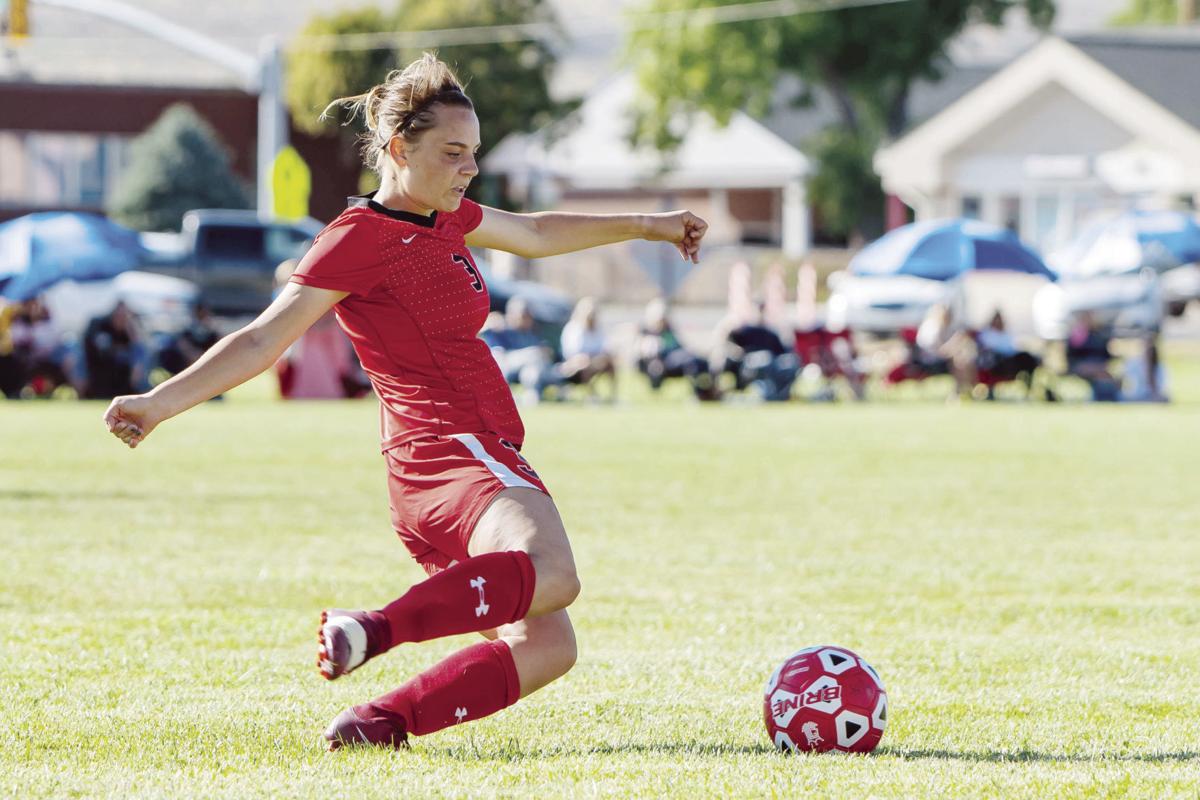 McCaberie Price takes on Morgan High on Tuesday, Aug. 27, at Bear River High. The Bears lost to the Trojans 3-2.

McCaberie Price takes on Morgan High on Tuesday, Aug. 27, at Bear River High. The Bears lost to the Trojans 3-2.

After a strong start to the season, the Bear River girls soccer team has been experiencing some growing pains.

The Bears kicked off the season with an 8-0 romp over 3A Providence Hall, but then dropped four games in a row — three of those by a single goal.

On Tuesday, Aug. 27, Bear River hosted Morgan in Garland. The Trojans took a 2-1 lead into halftime and held on for a 3-2 win as both teams scored once in the second half.

Morgan Noyes and Rylee Towne each netted goals for the Bears.

Bear River entered its last non-conference match with an overall record of 1-4. Hosting Marsh Valley, Idaho on Friday, Aug. 30, the Bears were hungry for a win, and it showed. They scored two first-half goals en route to a 3-0 victory over the visiting Eagles.

Makenzie Lorimer found the back of the net twice, giving her three goals on the season, and Jenna Park also scored. Goalkeeper Lyza Pebley recorded the shutout.

Following the Labor Day holiday, Bear River started Region 11 play with a road trip beginning at Green Canyon on Tuesday, Sept. 3. The season continues as the Bears travel to Logan to take on the Grizzlies on Thursday, Sept. 5.

After another road match at Mountain Crest on Tuesday, Sept. 10, the team’s next home game will be against Ridgeline on Thursday, Sept. 12. Kickoff is slated for 4 p.m. in Garland.