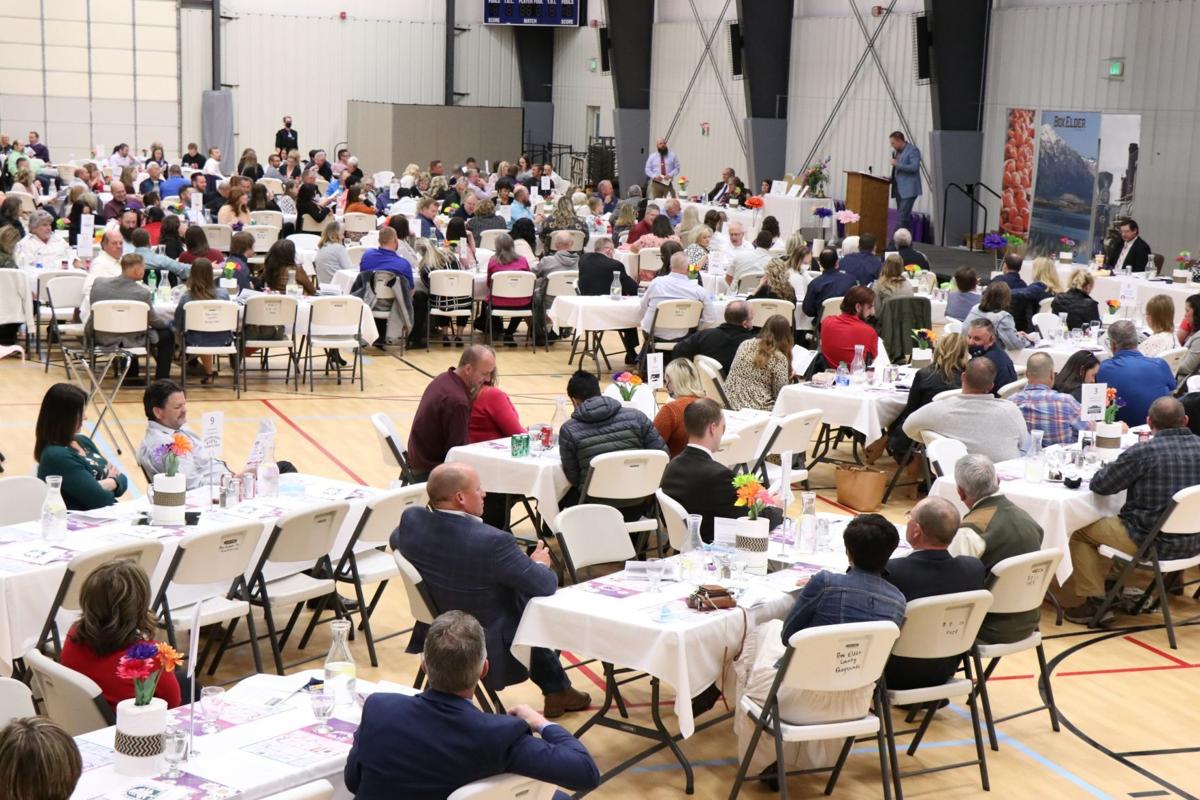 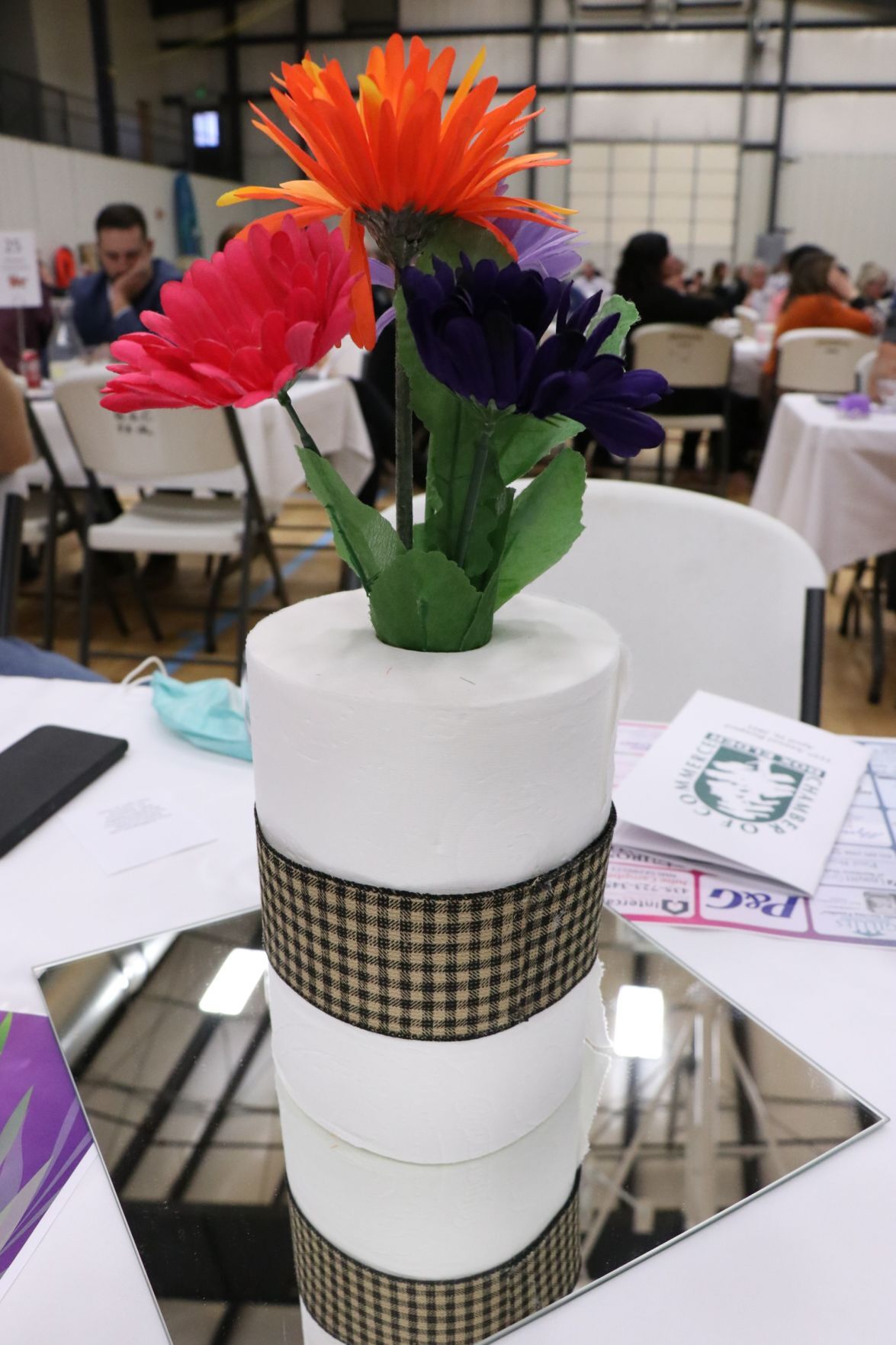 Vases for the centerpieces at the banquet were made of Charmin toilet paper in honor of Large Business of the Year award recipient Procter & Gamble. Among other products, Procter & Gamble makes Charmin at its manufacturing facility near Bear River City. 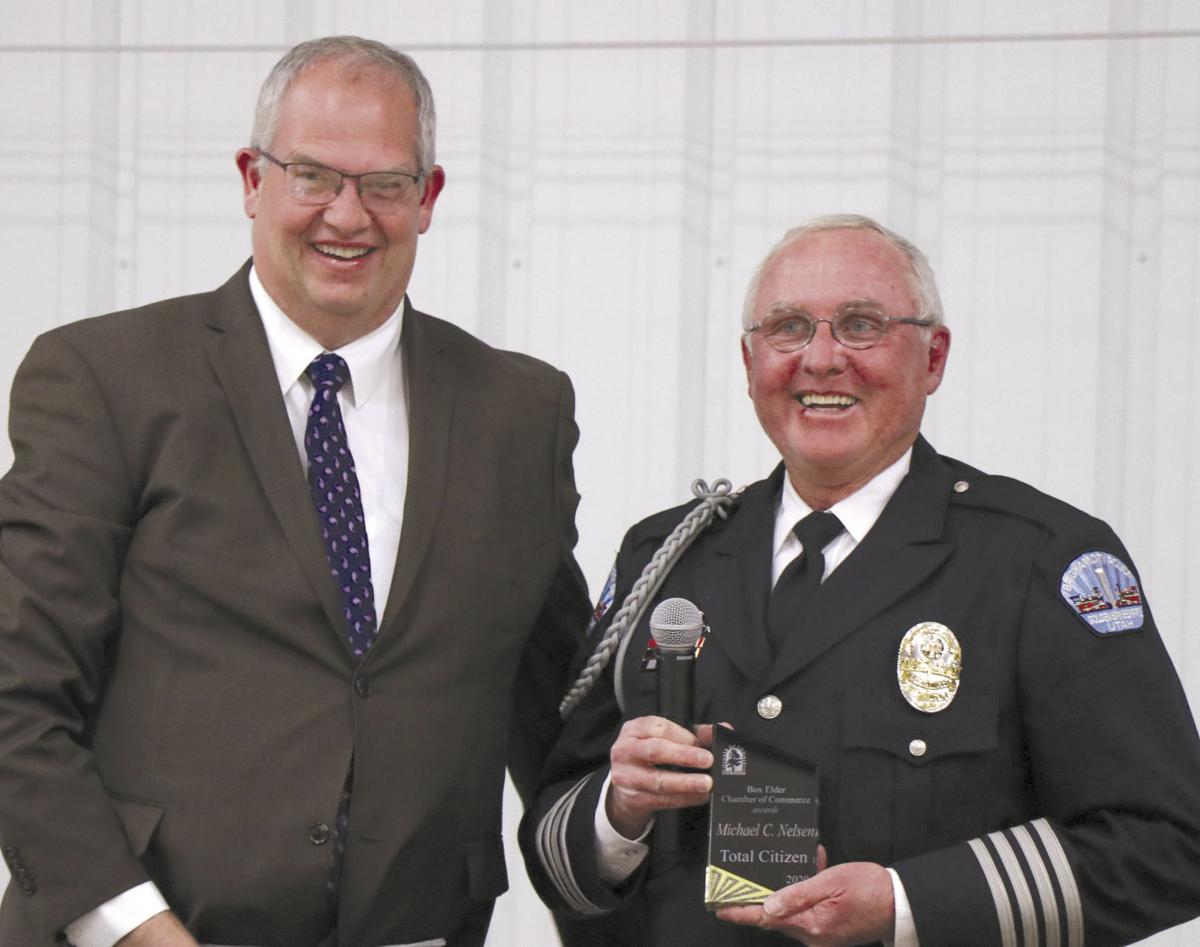 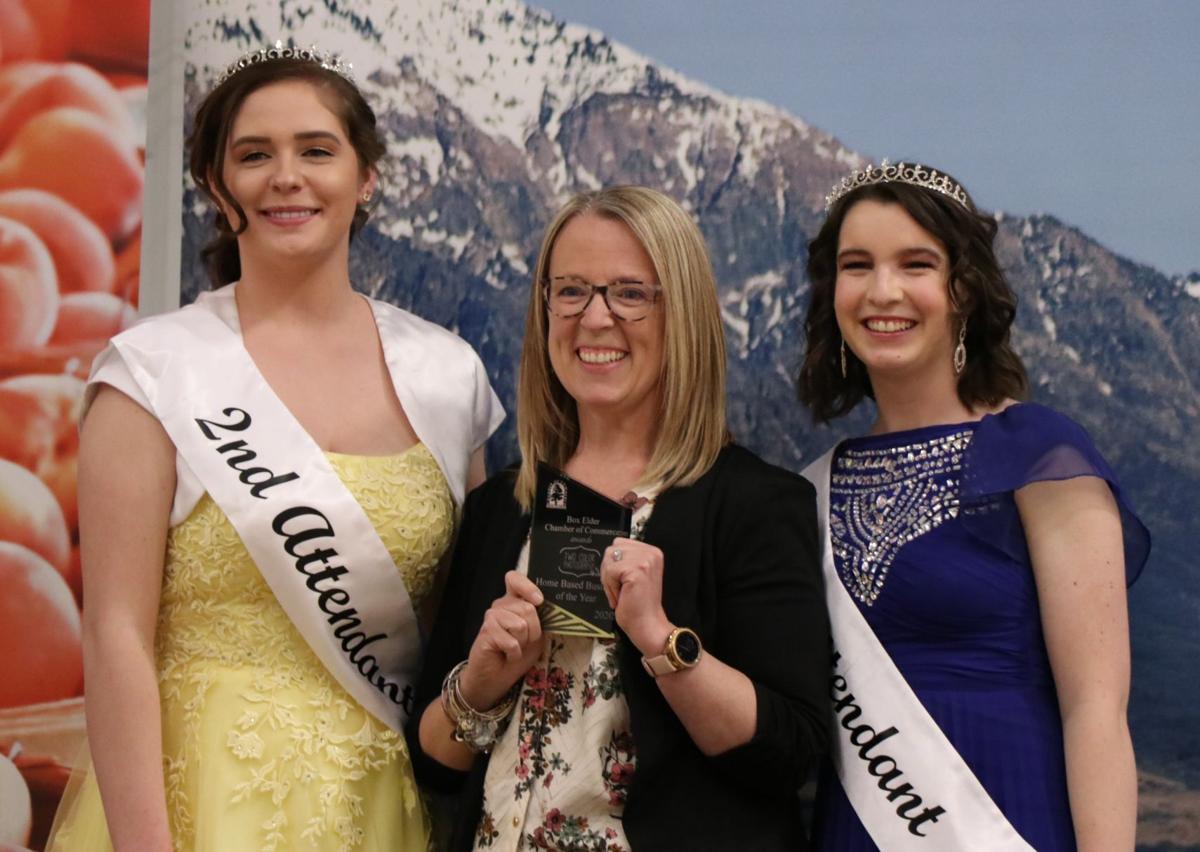 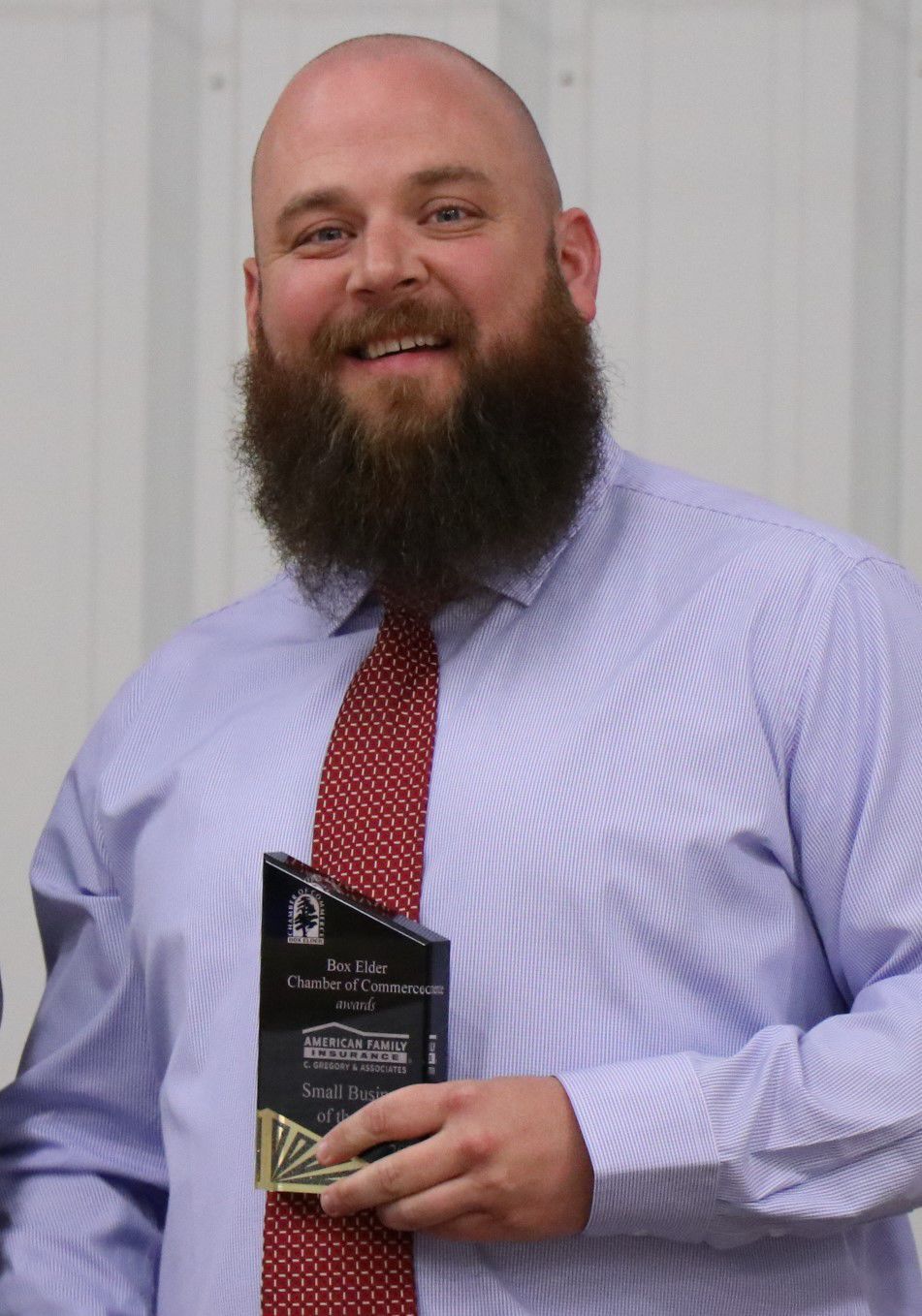 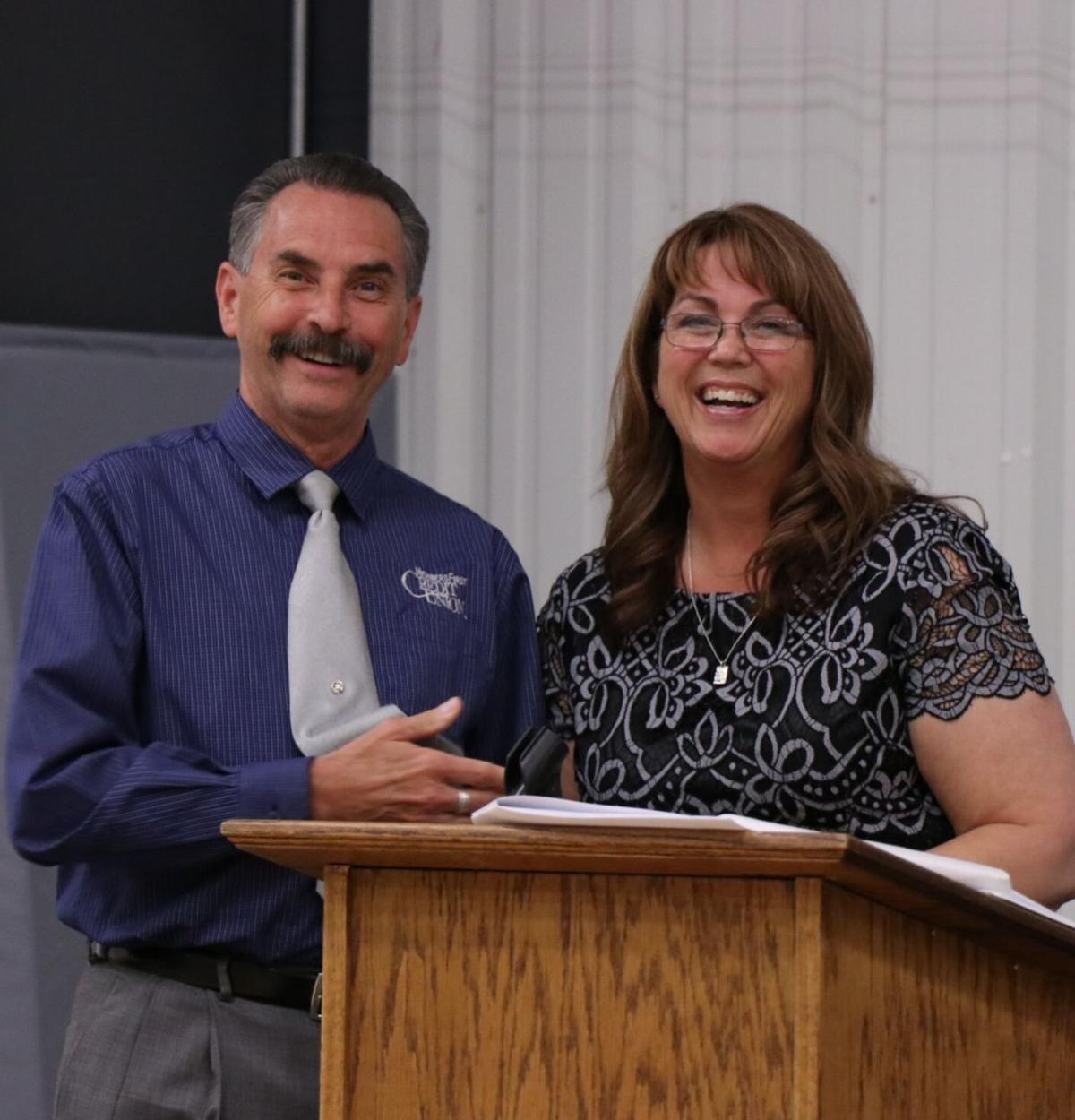 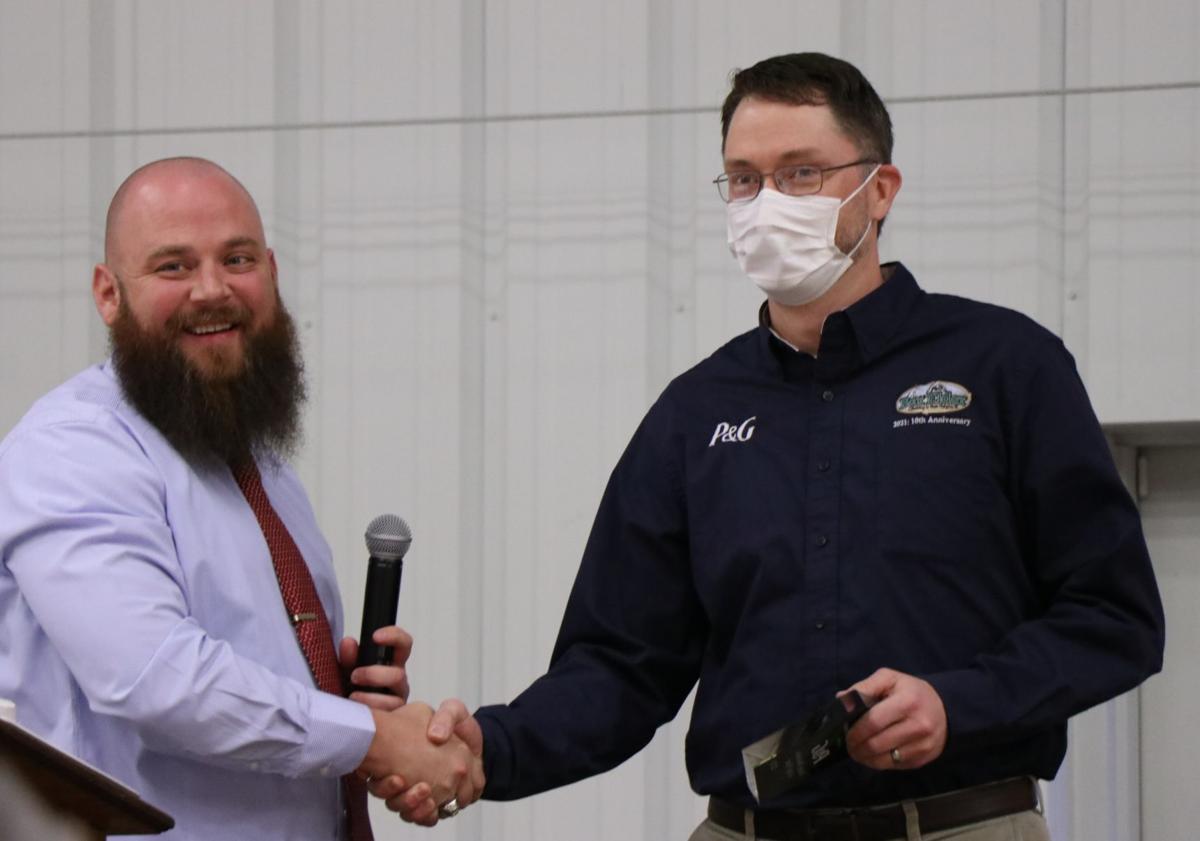 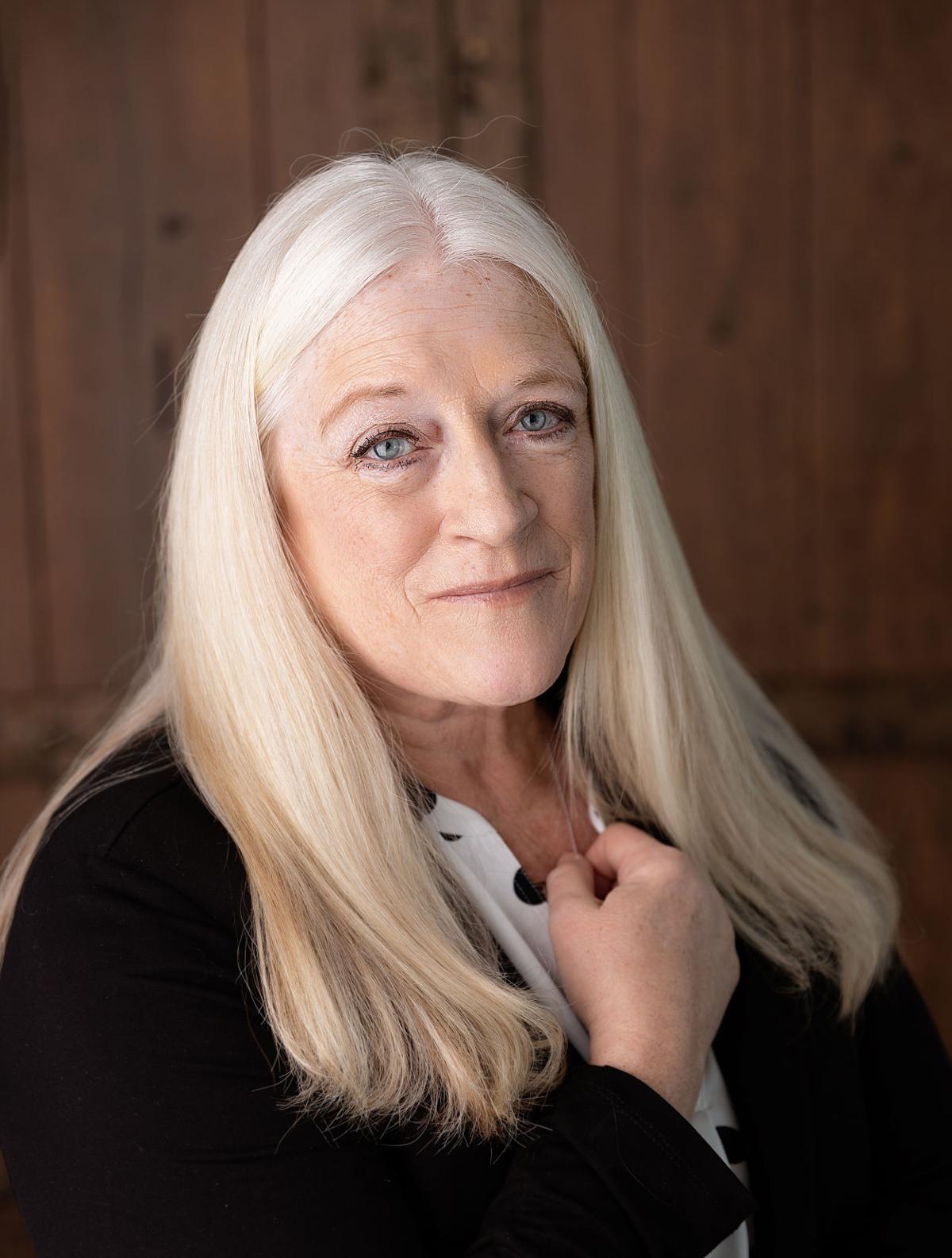 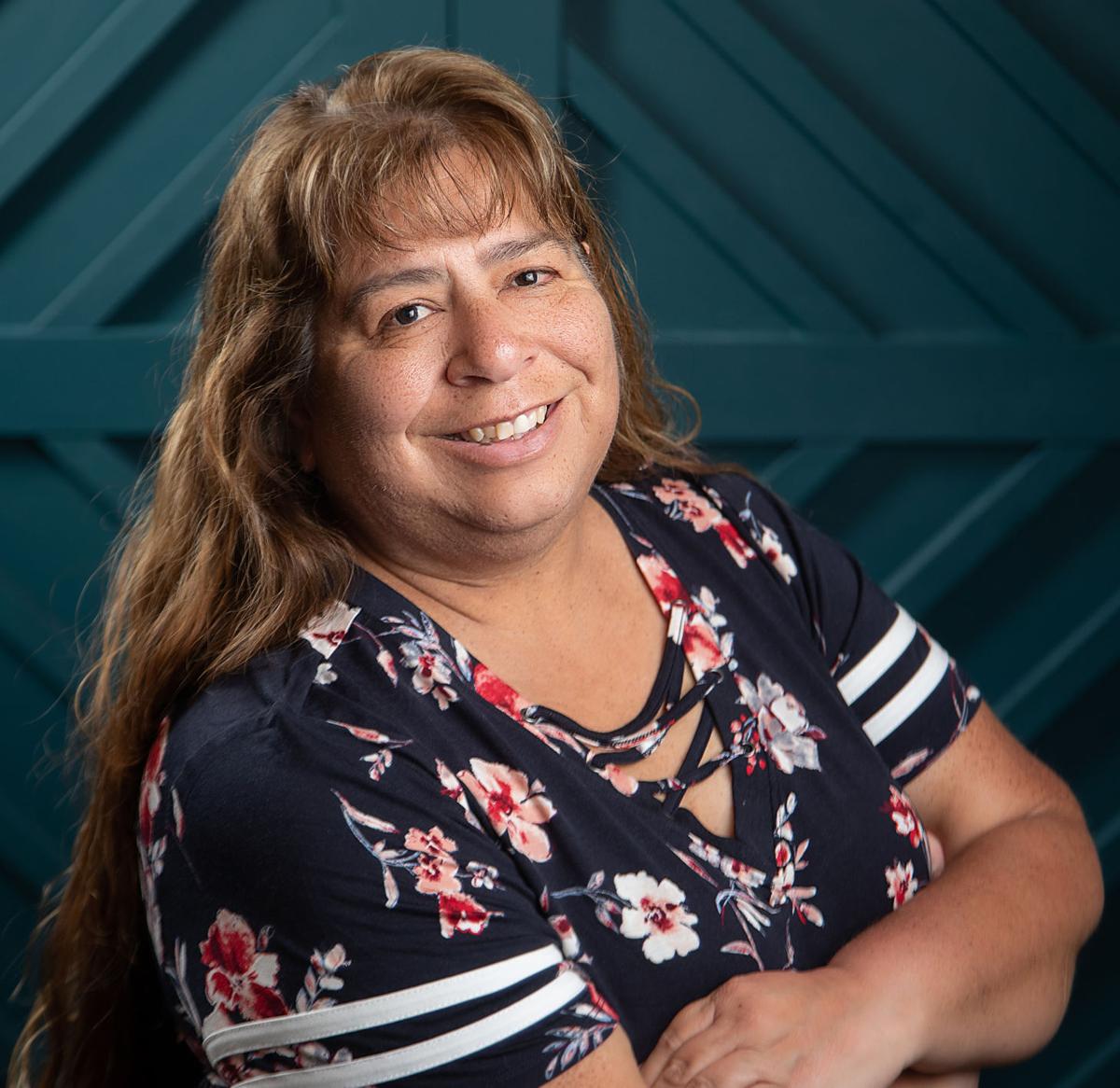 Marcie Powell, Autoliv, Chamber Board Member of the Year.

Vases for the centerpieces at the banquet were made of Charmin toilet paper in honor of Large Business of the Year award recipient Procter & Gamble. Among other products, Procter & Gamble makes Charmin at its manufacturing facility near Bear River City.

Marcie Powell, Autoliv, Chamber Board Member of the Year.

The Box Elder Chamber of Commerce held its annual banquet Friday, April 16 at the Box Elder County Fairgrounds in Tremonton. The Chamber recognized several individuals and businesses for their contributions to the county and local communities in which they work.

Total Citizen of the Year

Michael Nelsen is a longtime resident of Brigham City. He has balanced family, career, and community involvement and is always willing to go the extra mile. He has worked for the Brigham City Police Department for more than four decades. He started working as a new officer, up the ranks to a corporal, sergeant and lieutenant, and is currently serving as the chief.

Improvements he has made for the Brigham City Police Department include, starting the VIPS (Volunteers in Police Service) program and the Citizens Police Academy, implemented Facebook and Twitter for the department to keep the community informed, and organized the National Night Out Against Crime community gatherings.

Businessperson of the Year

Cindy Parsons has been employed by Members First Credit Union since 1993. Cindy has done a variety of positions within the credit union, and has been Marketing Supervisor/ Community Outreach Officer since 2012.

Cindy has served on numerous boards and volunteers at many of the nonprofits. She served on the Chamber of Commerce board beginning in 2014 and was elected to serve as President of the Board in 2017. She has also served on the Advisory Board for the Boys and Girls Club of Northern Utah. She also volunteers as a driver for Meals on Wheels.

Home-based Business of the Year

Two Color Photography is owned by Amber Rust. She has been in business for over 15 years in Brigham City.

Small Business of the Year

C. Gregory and Associates has been serving the Brigham City and surrounding areas Since 2016 when Cortney first opened his agency.

In 2020, the agency achieved the Centurion Award for life insurance sales, which is only achieved by the top 10% of the company. American Family Insurance also awarded them with Utah’s 2020 New Agent of the Year, 2020 Community Impact Award in recognition for our service in our local community, 2nd overall in the state of Utah for Life Insurance Production in 2020, and the American Star Agency Award 3 years in a row for customer service.

Medium Business of the Year

In mid-October, 1958, 35 people met at Box Elder High School and voted to form Thiokol (Utah Division) Employees Credit Union. Membership was open to employees of Thiokol Corporation and families of Credit Union members. By July 1959, the Credit Union had rented office space at Forest and Main in Brigham City and had assets totaling $175,002.49 with 817 members.

In early 2021, President/CEO Brad Barber announced his retirement after 30 years of service to the Credit Union. As they celebrate their 63rd year they have over 13,000 members and assets nearing $160 million dollars.

Large Business of the Year

2021 marks Procter & Gamble’s 10th anniversary in Box Elder, and as a Charmin toilet paper manufacturer during the COVID-19 Pandemic, it’s been a year like no other. Throughout the pandemic consumers have had more “at home” bathroom trips leading to increased demand for Charmin and other hygienic cleaning products like Bounty. The agility and resilience of P&G’s people allowed them to produce record volume over the last 12 months to meet this unprecedented demand.

Over the last decade P&G has expanded its local operations several times, including its current expansion into the manufacturing of Always feminine hygiene products. P&G now employs more than 300 in producing brands like Charmin, Bounty, Pampers, Luvs, and Always.

Board Member of the Year

Marcie Powell has been employed at Autoliv North America for the past 27 years. She is currently the Plant Administrative Assistant at the Promontory facility, supporting the Plant Manager, Human Resources, Quality, and Finance. Marcie has worked with the Autoliv Community Involvement team supporting many local activities including Angels for Christmas, Meals on Wheels, Soup Kitchen, Relay for Life and Peach Days.

She has been a director on the Brigham City Area Chamber of Commerce Board for over six years and is currently on the Chamber’s Executive Committee. She served as President of the Board in 2020.

Ambassador of the Year

Cortney has lived in Brigham City since he was 10 years old after his family moved here from Idaho. He attended BEHS and got a degree while attending school in Cache Valley. Cortney has been involved with the Chamber of Commerce since 2016. As an Ambassador Cortney has attended many ribbon cuttings and meetings. He is also a member of Rotary Club and is currently serving as president of the board for Habitat for Humanity of Northern Utah, putting in hours of time and support to serve the Box Elder community.