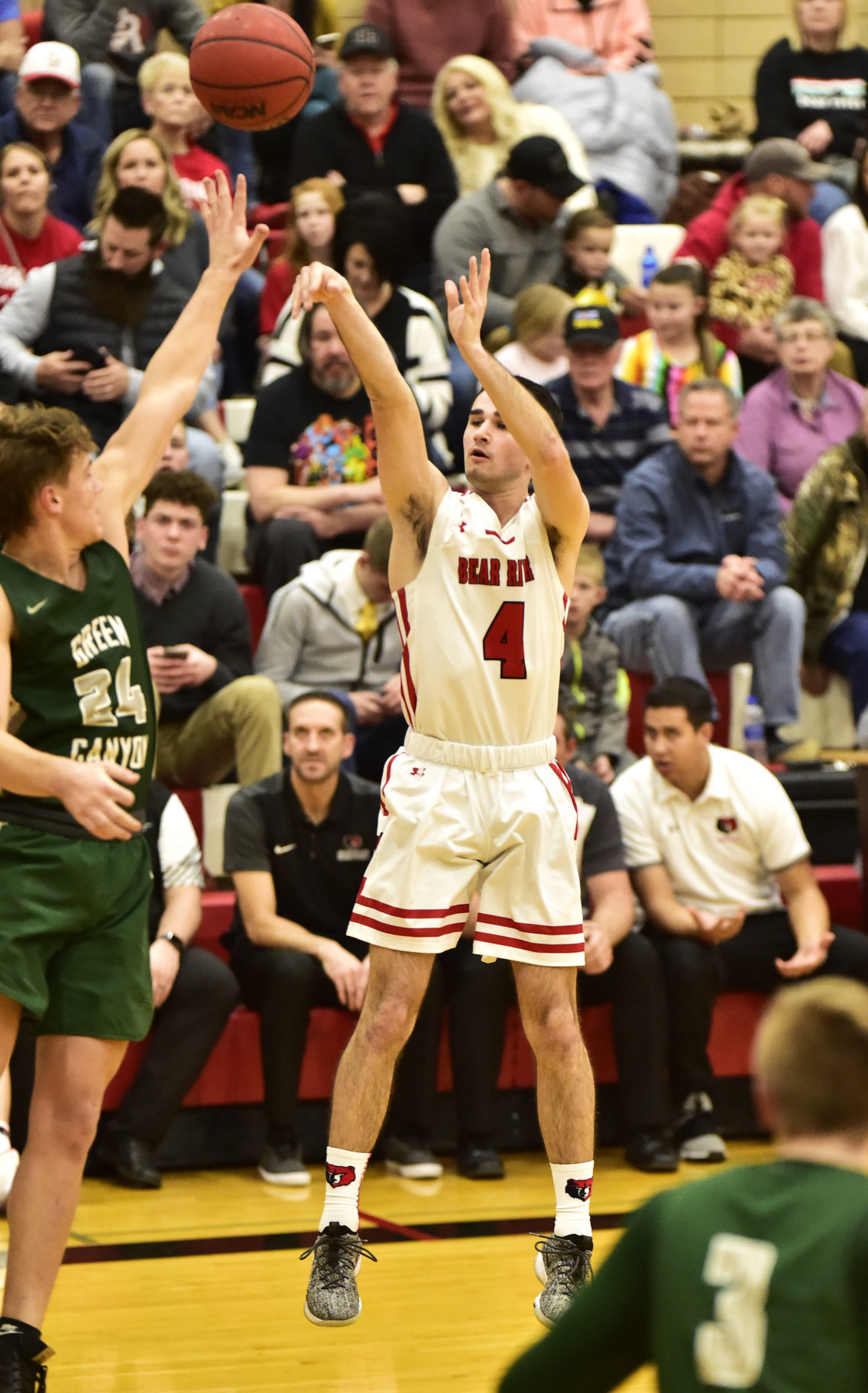 Bear River’s Ren Fonnesbeck (4) goes up for a shot against Green Canyon Friday, Jan. 24 in Garland. 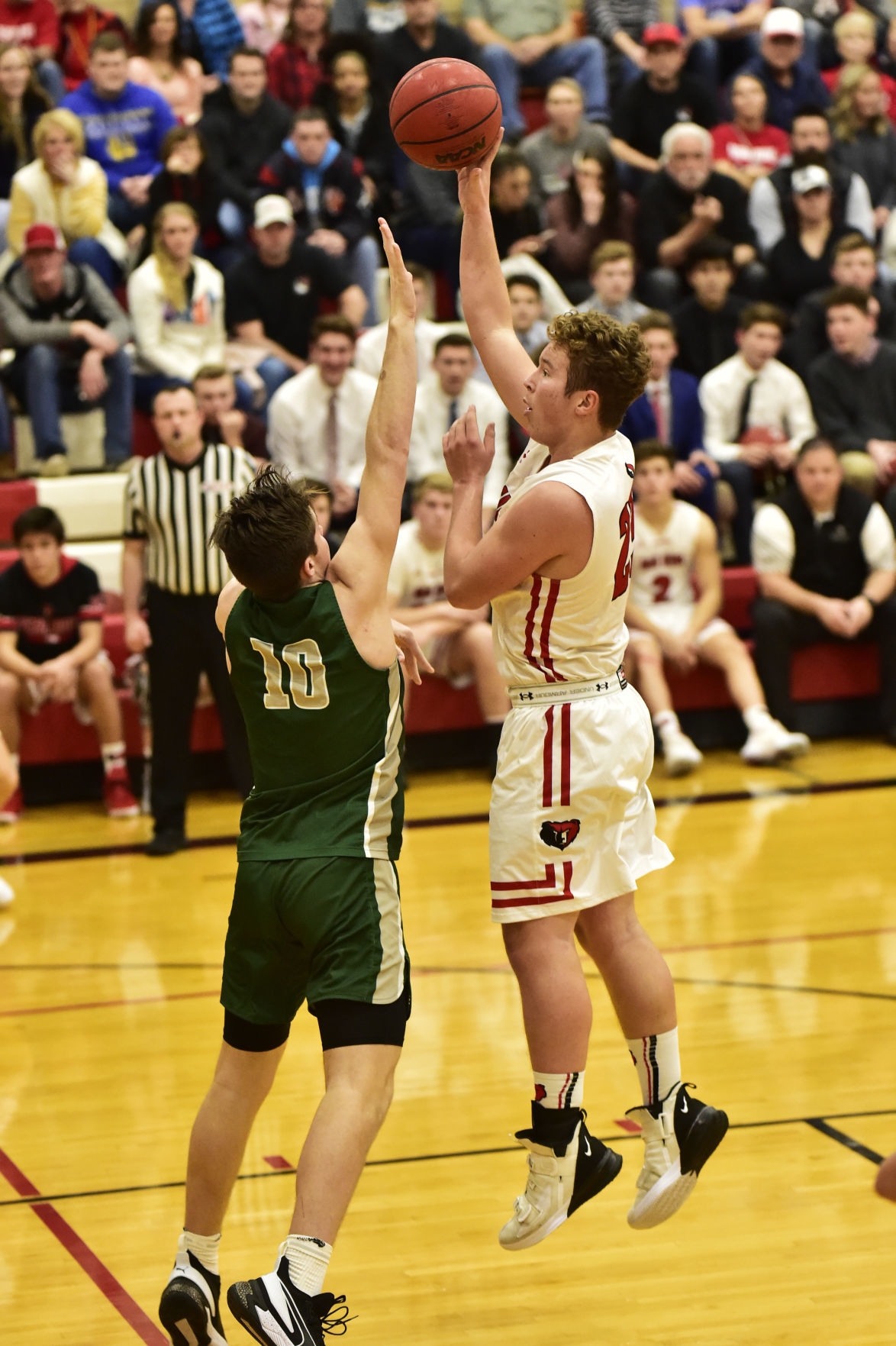 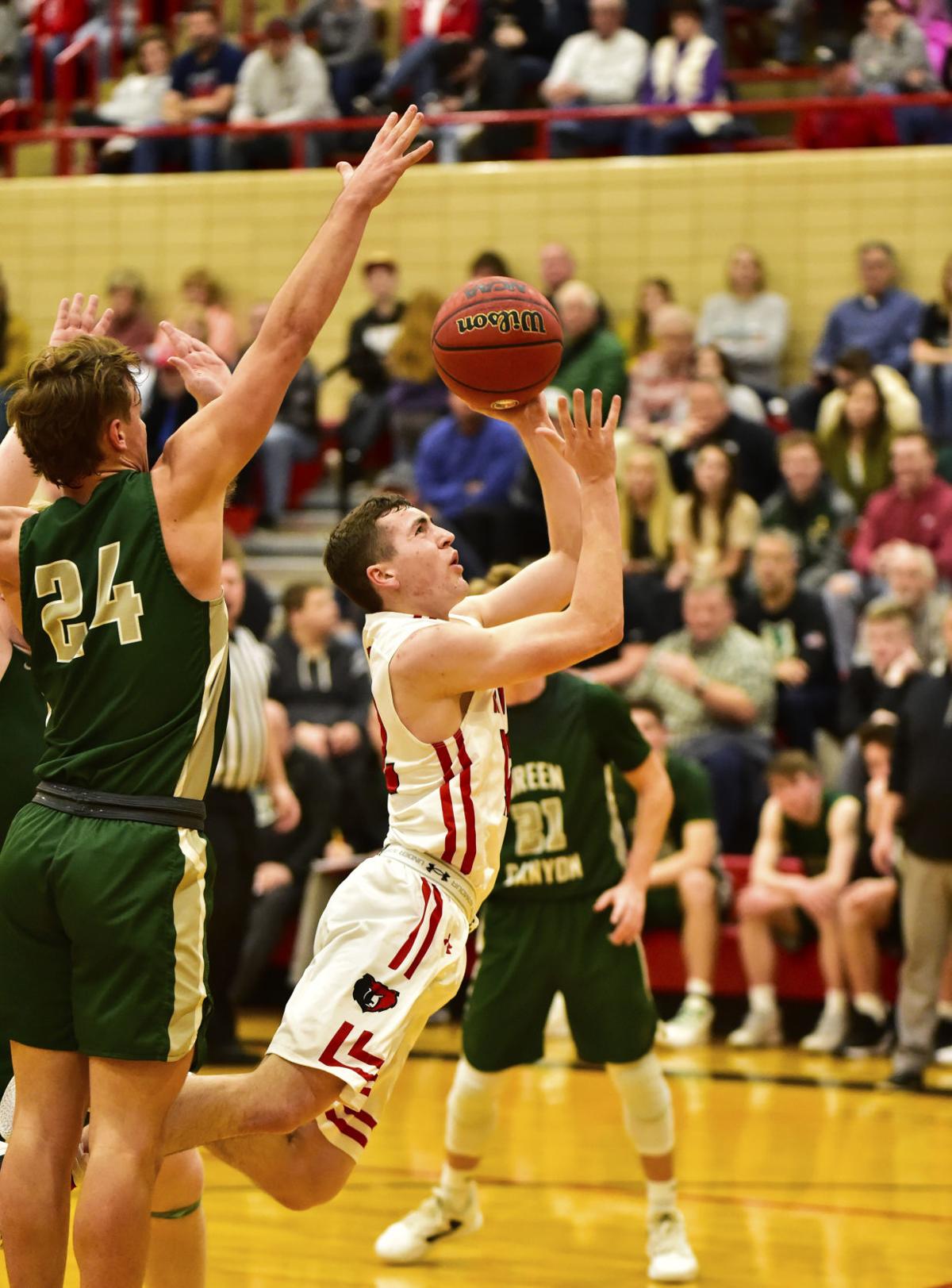 Bear River’s Ren Fonnesbeck (4) goes up for a shot against Green Canyon Friday, Jan. 24 in Garland.

It’s been an upside-down couple of weeks for the Bear River boys basketball team, which has found success on the road while suffering some tough defeats on their home court.

Last week, the Bears headed out on the road to Logan on Jan. 22, where they rode a career night by senior guard Ren Fonnesbeck to a 69-63 victory. Fonnesbeck put up a staggering 38 points — more than half of his team’s total — as he hit six three-pointers and torched the Grizzlies in all sorts of ways. Fonnesbeck also had five rebounds, five assists and three steals in the marquee effort.

Fellow seniors Mark Huber and Logan Litchford chipped in 15 and nine points respectively. The Bears trailed 33-30 at halftime, but Fonnesbeck caught fire and the team rode a strong third quarter to victory. Bear River largely won the game at the free-throw line, hitting 24 from the charity stripe to just eight for Logan.

Riding a two-game winning streak, the Bears returned for a Friday night showdown with Green Canyon in Garland.

In a hard-fought matchup, Bear River took a two-point lead into halftime. The game stayed close throughout the second half, and the Bears clung to a one-point lead with five seconds left and the ball in Green Canyon’s hands.

The Wolves inbounded to McKay Yorgason, who had been their go-to guy all night. Yorgason worked his way into the lane and hit a layup with 1 second left, and the visitors escaped with a 63-62 win, stunning the home crowd.

Yorgason finished with 24 points, including the game winner, to lead all scorers in the game.

The Bears again relied heavily on their trio of seniors, with Huber, Fonnesbeck and Litchford all reaching double figures in scoring and combining for 42 of the team’s 62 points. Easton Lish found his range from deep and hit 3 three-pointers to finish with nine points, but the Bears still found themselves on the wrong side of a nail-biting finish.

The previous followed a similar storyline as the Bears picked up a win on the road, but suffered a close loss at home.

Hosting Ridgeline on Jan. 15, it was a close game throughout, with numerous lead changes. The Bears took a 59-58 lead with 19 seconds to go on two made free throws by Huber, but the Riverhawks’ Kaden Cox converted an and-one play with 12 seconds left and Ridgeline blocked a pair of shots at the rim in the final seconds to secure a huge 61-59 win.

“It is always tough to get a win at Bear River,” Ridgeline head coach Kyle Day said. “Huber and Fonnesbeck were relentless. There is no rest in this region.”

Huber led the Bears with 24 points, while Fonnesbeck, Litchford and Jace Jacobson all reached double figures in scoring.

Things turned out better for Bear River two days later, when they traveled to Mountain Crest and came away with a 84-75 victory. Huber scored 27, Litchford had 16 and Fonnesbeck 14 as the Bears rediscovered their ability to put up lots of points. The Bears outscored the Mustangs 31-5 at the free throw line in the contest.

The Bears have just one game this week, and it’s a big one as they head to Sky View with hopes of avenging a 34-point loss to the Bobcats in Garland on Jan. 10.

With Region 11 play halfway over, Bear River sits in a three-way tie for third place alongside Green Canyon and Logan. Sky View is on top at 5-0, followed by Ridgeline at 4-1. The Bears are now at 11-6 overall on the season.