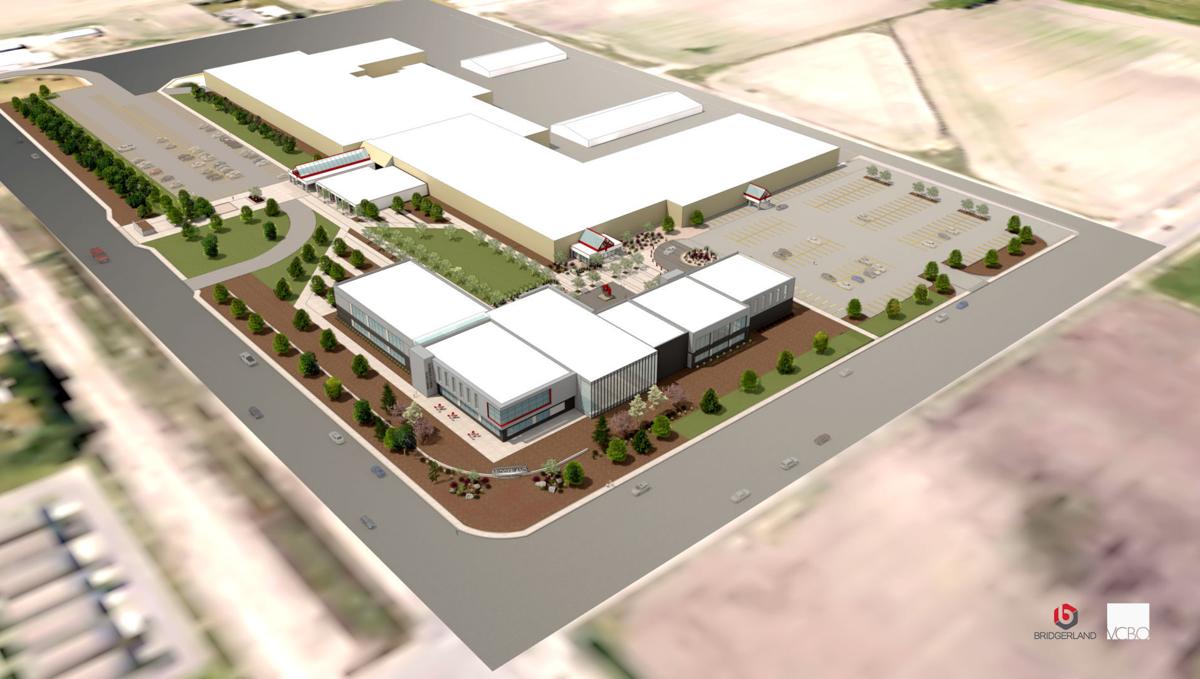 According to a statement from the college, the new facility is to house “seven high-demand health care programs” including registered nursing, practical nursing, medical and dental assisting, among other offerings. The project has received $1 million in funding from private donors and $38 million in appropriated funds, according to the statement.

“The COVID-19 pandemic has made the importance of health care workers in our community paramount,” states Lisa Moon, associate VP for Health Sciences and Public Services, in the release. “This new Bridgerland Technical College Health Sciences Building is essential for the College to successfully train the healthcare workforce needed both now and in the future.”

In an interview with The Herald Journal, Bridgerland President K. Chad Campbell said the L-shaped building will be built near the corner of 1400 North and 600 West — where a nearby intersection has been under construction for several months during the pandemic.

Campbell expressed his gratitude for Logan Mayor Holly Daines for construction that allowed the college to stub utilities into their property for the new building.

Campbell roughly estimated construction would begin in the fall of 2021, though specific timeframes were unclear because the project is controlled by the Utah Division of Facilities Construction and Management.

“Sometime this spring, DFCM will put out a request for proposals to hire a team of architects and contractors,” Campbell said. “They call it a design-build project.”

Eventually, Campbell said, one team will be selected to move forward with its design — DFCM, the college and an independent architect hired by DFCM will each have a vote on which team is selected.

“It’s not up to us,” Campbell said. “We don’t pick, but we do get to participate in the conversation.”

Campbell said there has been a “huge shortage” in health care workers in Utah and across the nation — a problem that preceded the COVID-19 pandemic. For Campbell, the primary purpose of the new building is to help meet the demand for workers in the health care industry.

“We, right now, turn away three-to-five times as many people as we can accommodate,” Campbell said. “There’s student demand, there’s employer demand, the only limitation or restriction is we need facilities.”

For the past 23 years, Campbell said the nursing program at Bridgerland boasts a near 100 percent pass rate for nursing students taking the NCLEX exam. He said the graduation rate is also in the “high 90s.”

While it is hard to get people to see the value of technical education, Campbell said there aren’t problems with student recruitment. The limited facilities at Bridgerland, however, have rendered the nursing program highly competitive.

“We’re not concerned, because of the excitement and the enthusiasm of our facility and our staff,” Campbell said. “Quality won’t change; it won’t go down just because we can accommodate more students … we’ll be really careful about that.”

Campbell expressed the college’s “heartfelt and sincere appreciation” to all the past and present local legislators who helped get the building funded. In the statement, Campbell also thanked Utah Gov. Spencer Cox for prioritizing the project in the 2021 legislative session.

“It took all of them working hard and working together to get this building funded,” Campbell said.