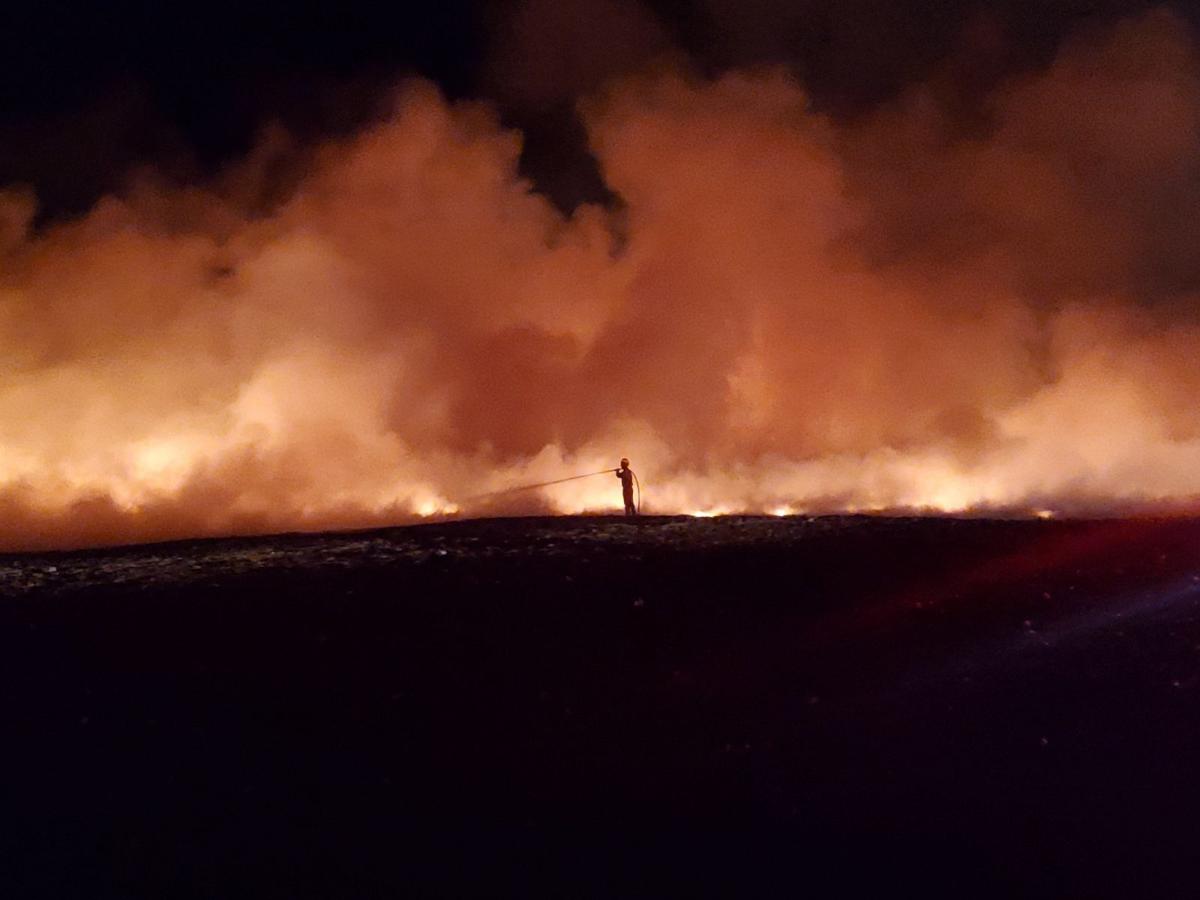 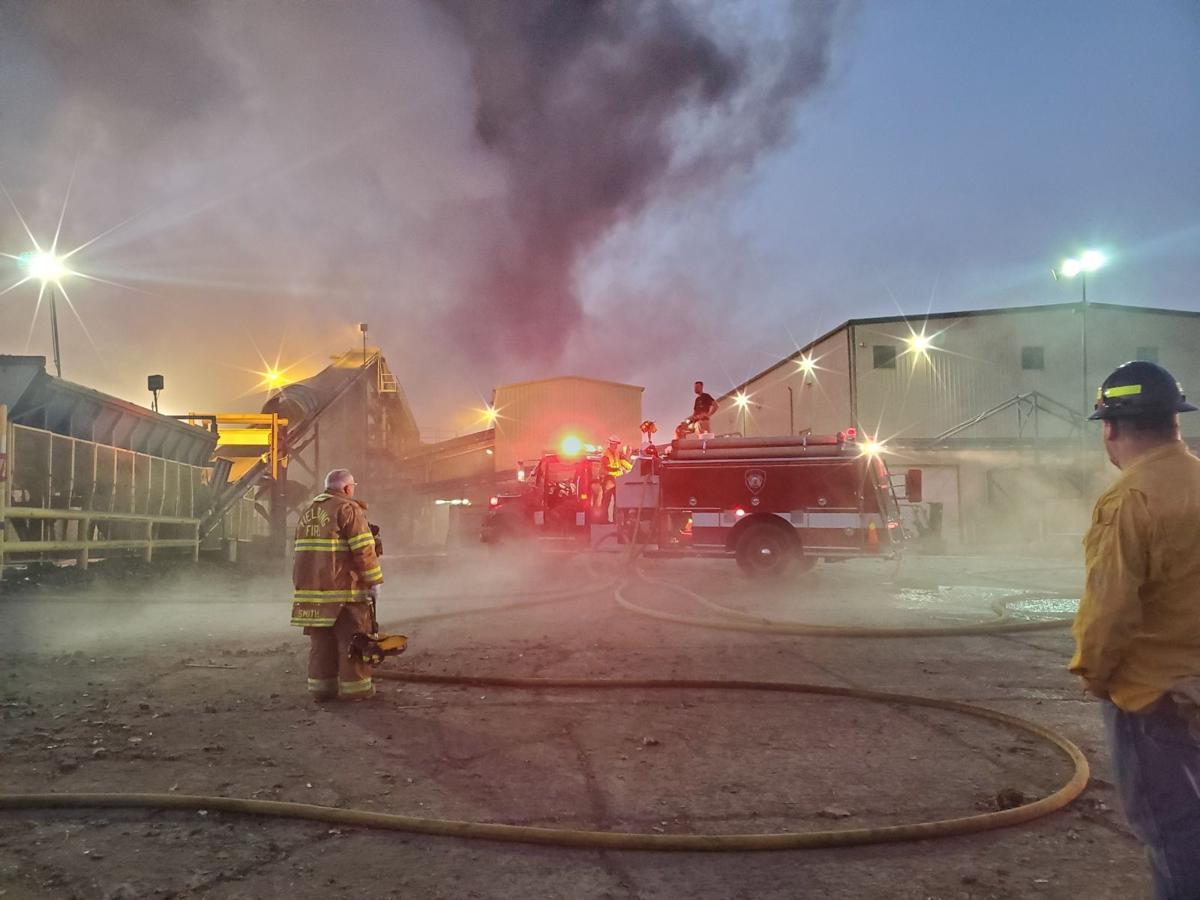 Firefighters worked through the night to extinguish a dangerous fire that broke out last weekend at a scrap-metal recycling facility in northern Box Elder County.

The fire started just before 6 p.m. Saturday at a landfill owned and operated by Western Metals Recycling, located at 7400 W. 21200 North, just north of the Nucor Steel plant west of Plymouth.

County firefighters were joined by crews from Plymouth, Portage and Fielding to fight the blaze, which presented a challenge because it was fueled by toxic rubber, plastics and other non-metallic parts of junked vehicles. A hazardous materials team from the Bear River Health Department and an ambulance from Tremonton were brought in due to the unique threat posed by the toxic fuels.

Explosions from burning airbag modules added to the difficulty as crews battled the blaze through Saturday night and into Sunday morning.

“As firefighters worked on the fire, airbag modules would ignite, sending parts up into the air where the firefighters were ever watchful for their safety,” a press release from Box Elder County Fire stated.

One firefighter was sent to a local hospital to be treated for smoke inhalation, but was expected to make a full recovery. No other injuries were reported despite the dangerous conditions.

Several structures were threatened but the fire crews, with help from Western Metals workers and contractors, were able to build a fireline and keep the flames from damaging nearby buildings.

“Thanks to the crews and equipment from Western Metals and their contractors, the fire is now capped with dirt and snuffed out,” according to the county press release issued Sunday afternoon.

Once the flames were extinguished, crews remained on the scene for another 48 hours or longer to watch for any possible flareups.

The cause of the fire was still under investigation as of Monday.

“It was hard and scary work for all the firefighters and they did an amazing job keeping everyone safe,” Box Elder County Fire Marshal Corey Barton said. “The crews couldn’t have gotten this fire capped with water alone. The owner (Western Metals) and their crews did a lot to help get the fire capped.”

Western Metals processes a variety of scrap metal, with the Nucor plant as the primary customer for its Plymouth location. The Sandy, Utah-based company operates seven facilities in Colorado, Utah and Nevada, and according to its website is the largest scrap-metal recycler in the Rocky Mountain region.