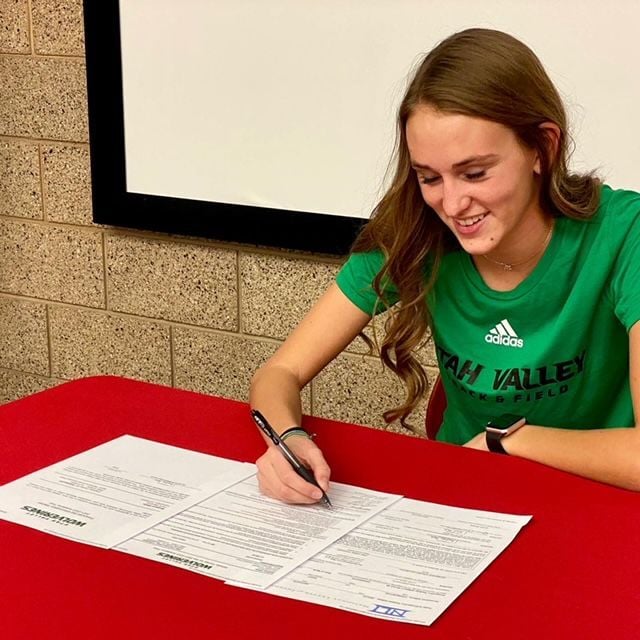 Madison White, who rewrote the record books for the Bear River High girls’ cross country program, has accepted a scholarship offer to Utah Valley University. White signed her letter of intent on Tuesday, Nov. 24 at BRHS. 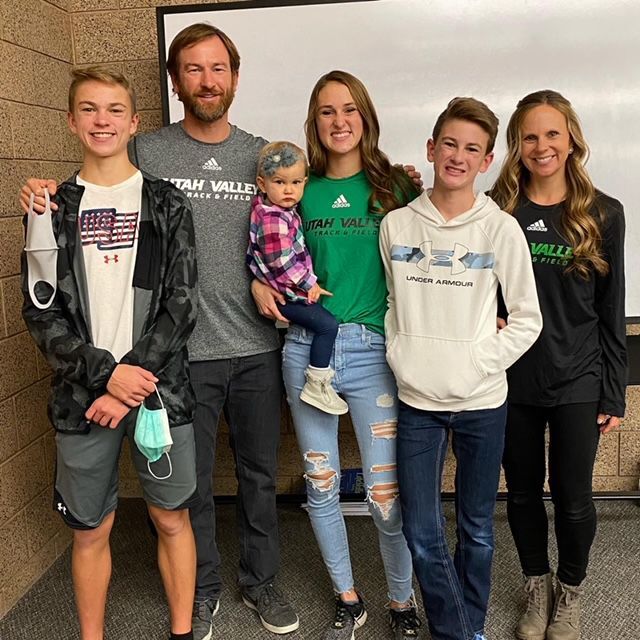 Madison White, who rewrote the record books for the Bear River High girls’ cross country program, has accepted a scholarship offer to Utah Valley University. White signed her letter of intent on Tuesday, Nov. 24 at BRHS.

After running her way into the record books at Bear River High School, Madison White is getting ready to take things to the next level.

With family, friends and coaches looking on, White signed a letter of intent last week to attend Utah Valley University this fall on a cross-country scholarship, passing up offers from two other in-state schools that had taken notice of her talent as a runner.

White set a new standard during her four years as a Bear River Bear. She became the first girl in school history to medal all four years at region and at the annual Cache-Box Invitational, including three runner-ups and an individual championship both at Region (2019) and at Cache-Box (2020). She was also an integral part of the first two Cache Box titles (2018, 2019) for the girls’ program and the 2019 region title team.

She is the first girl to medal twice at state for the Bears, and to cap it off was part of the past two 4A Girls Academic State Championships teams for the girls’ squad.

“We look forward to the great things she will do in college,” Bear River Head Coach Dan Line said. “She is the most accomplished girls distance runner ever at Bear River.”

White chose Utah Valley over offers from Utah State University and Southern Utah University, citing a variety of factors in her decision to join the Wolverines.

“It was just a combination of everything,” she said. “It’s close to home, but not right there like USU. Finances played into it a little bit. Overall it just seemed like the best place to go.”

Another factor steering her toward the fast-growing university in Orem was the presence of her friend and former teammate Abbie Fuhriman, who graduated from Bear River earlier this year and is now enrolled at UVU.

After finishing up her senior year at Bear River, White said practice for her college team is scheduled to begin in August 2021.

“I’m really excited to be able to run and meet new people, new teammates that are really, really good girls,” she said. “I’m looking forward to it.”

White said her experience at Bear River has helped prepare her for the new challenges that lie ahead at the collegiate level.

“My coaches always told me they knew I could run in college,” she said. “They trained me to not burn out in high school and be able to excel.”