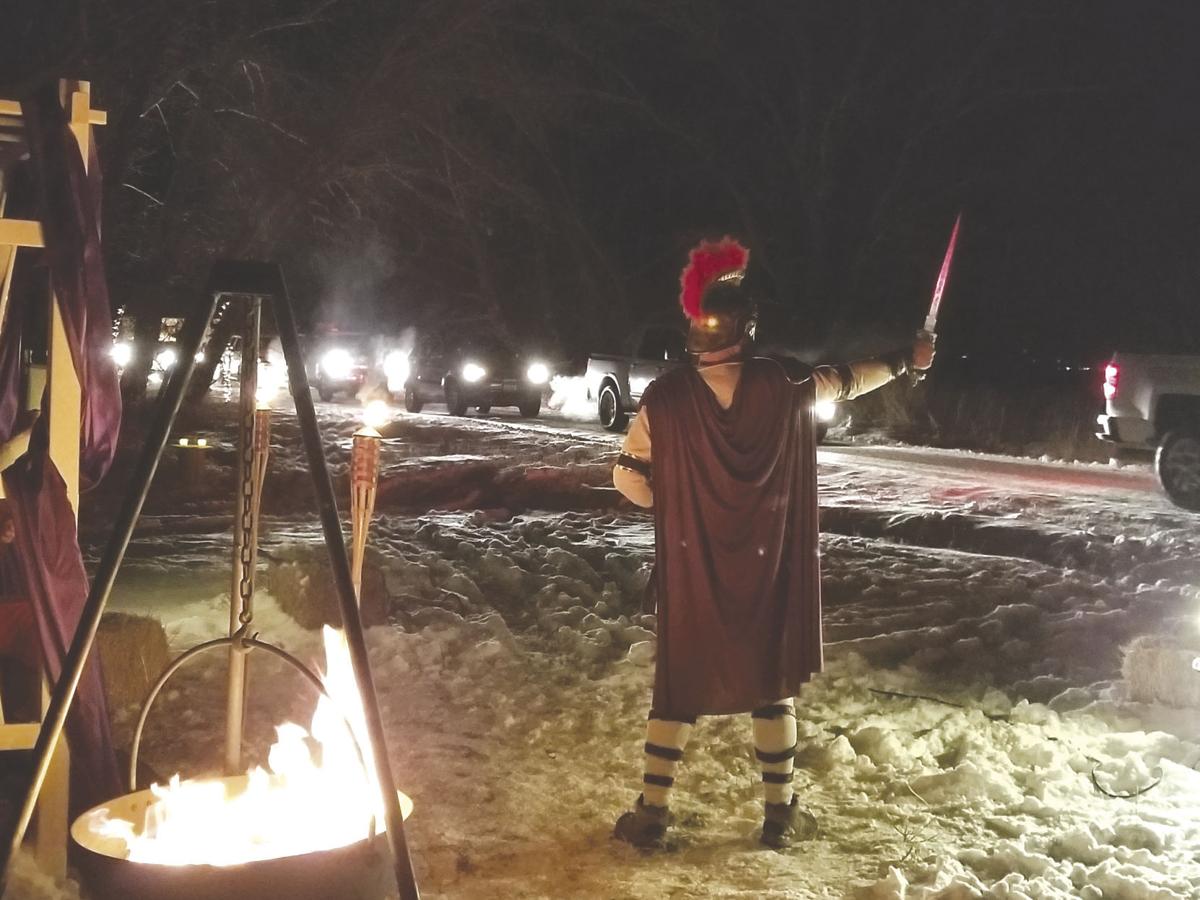 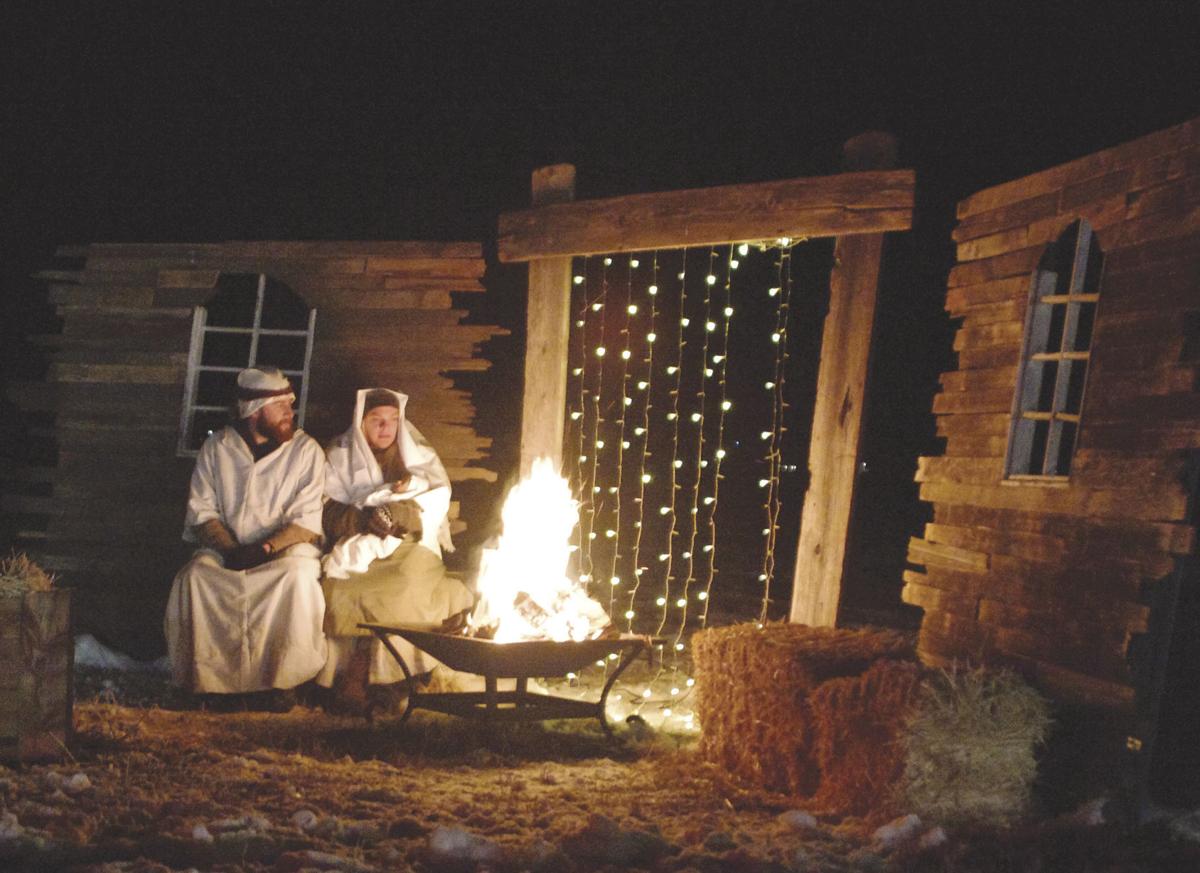 Actors portraying Mary and Joseph huddle near a fire at a live, drive-through nativity reenactment in Garland Monday, Dec. 14. 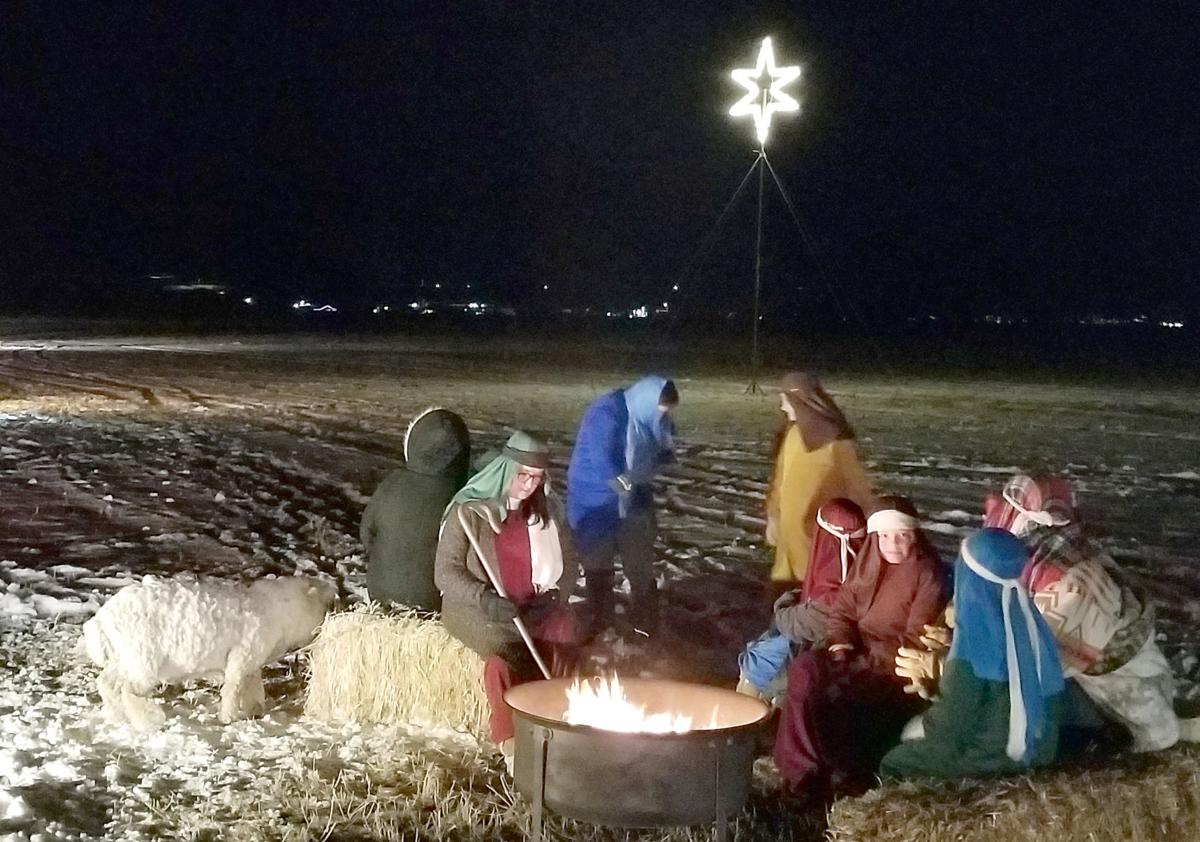 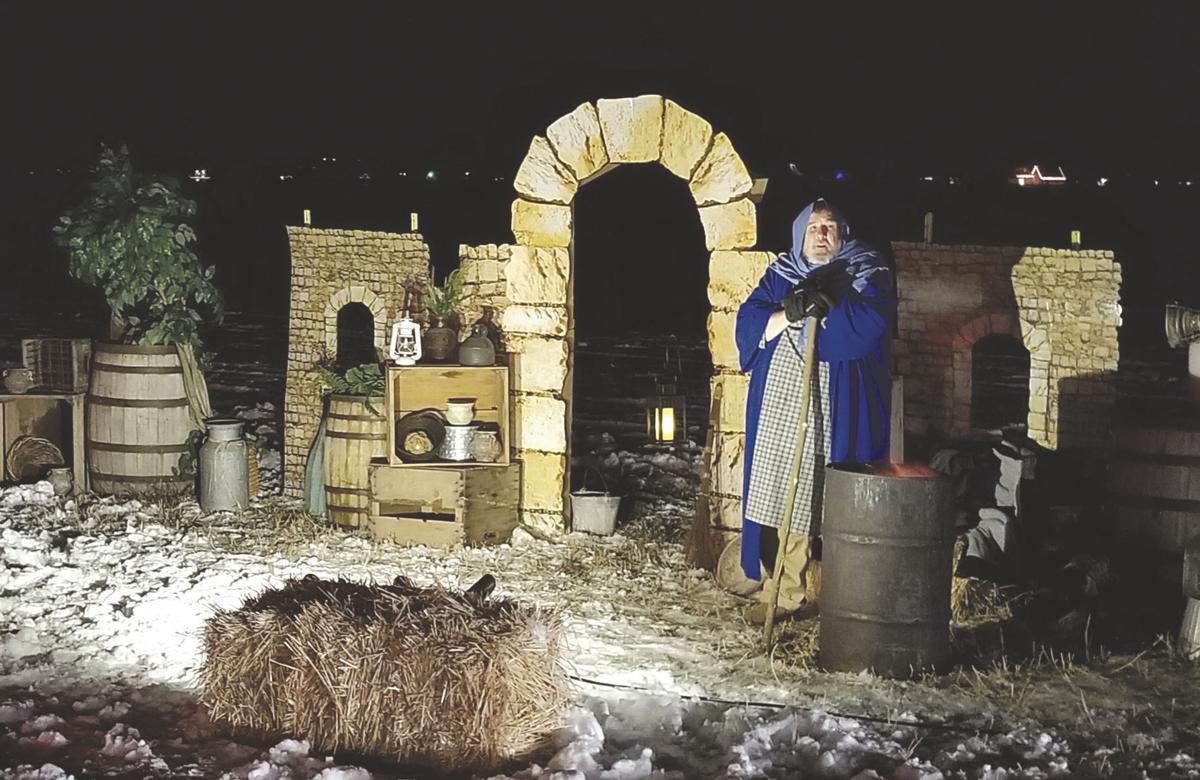 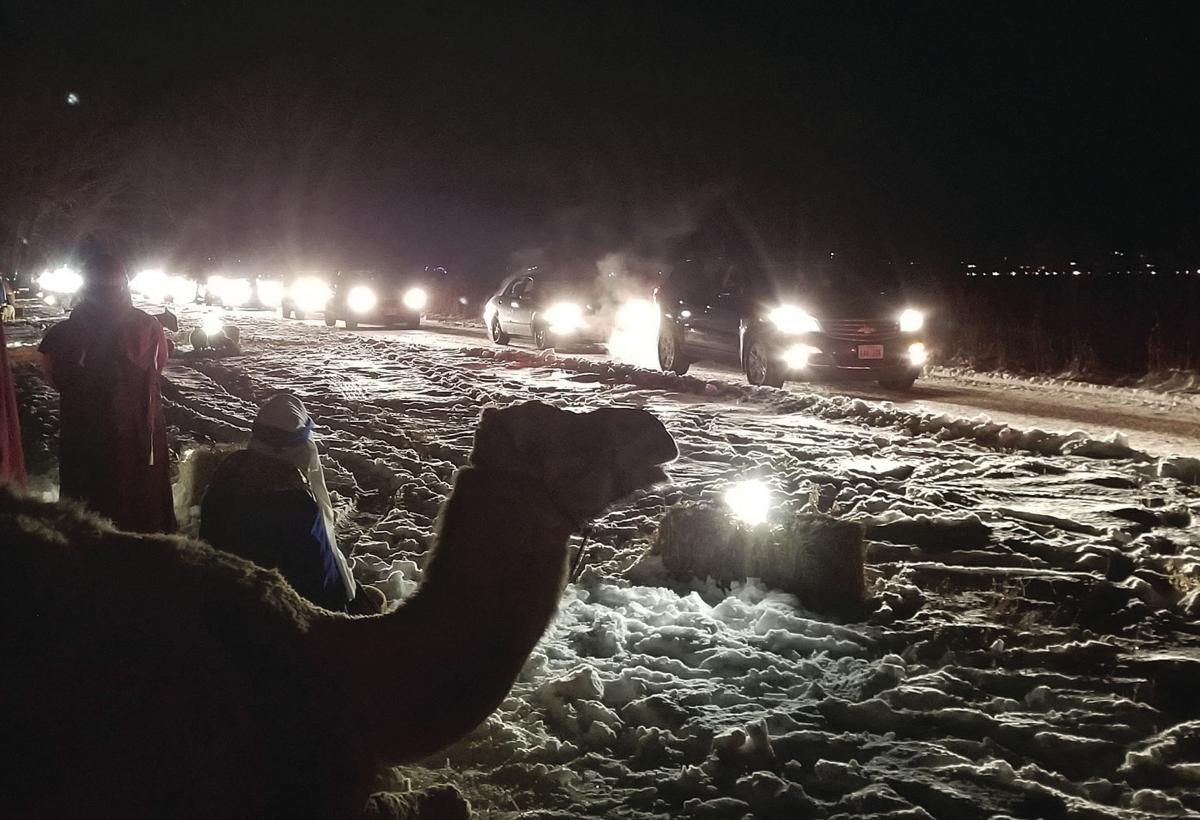 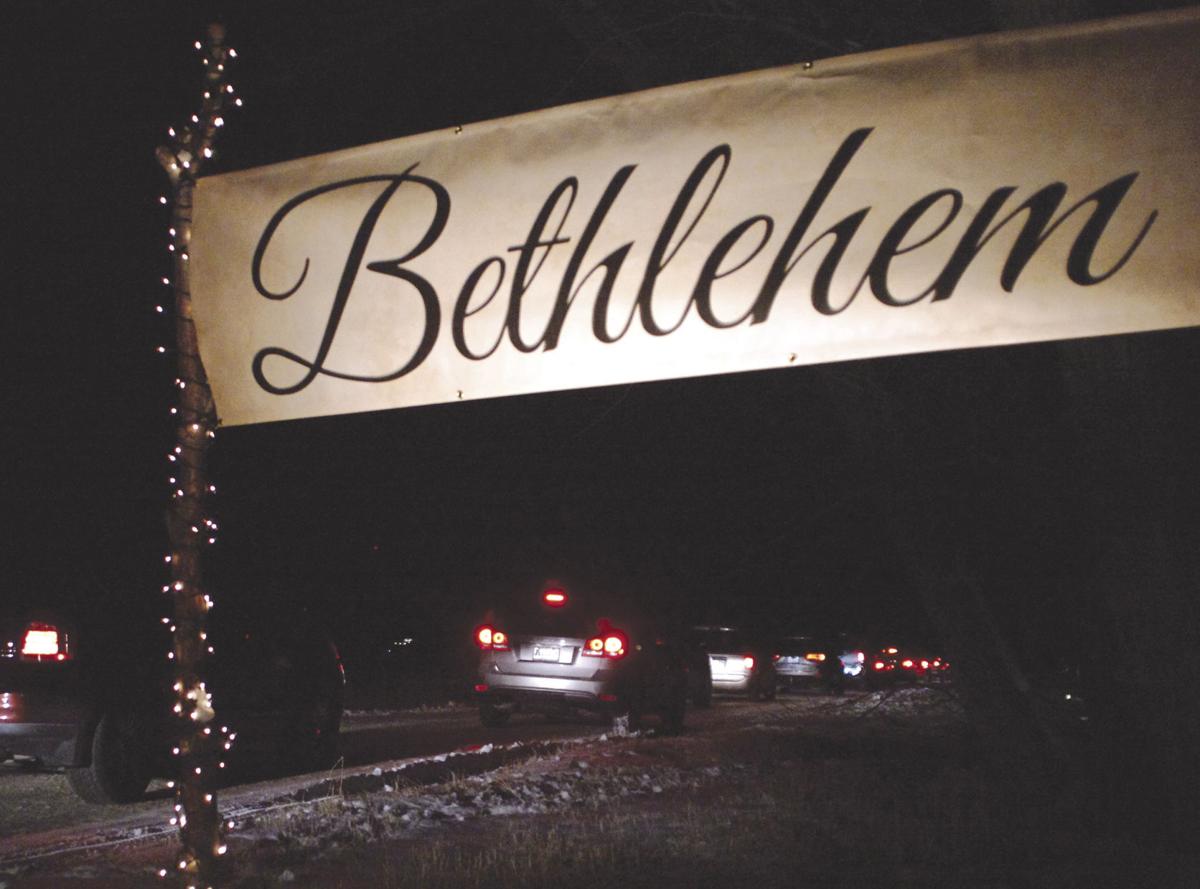 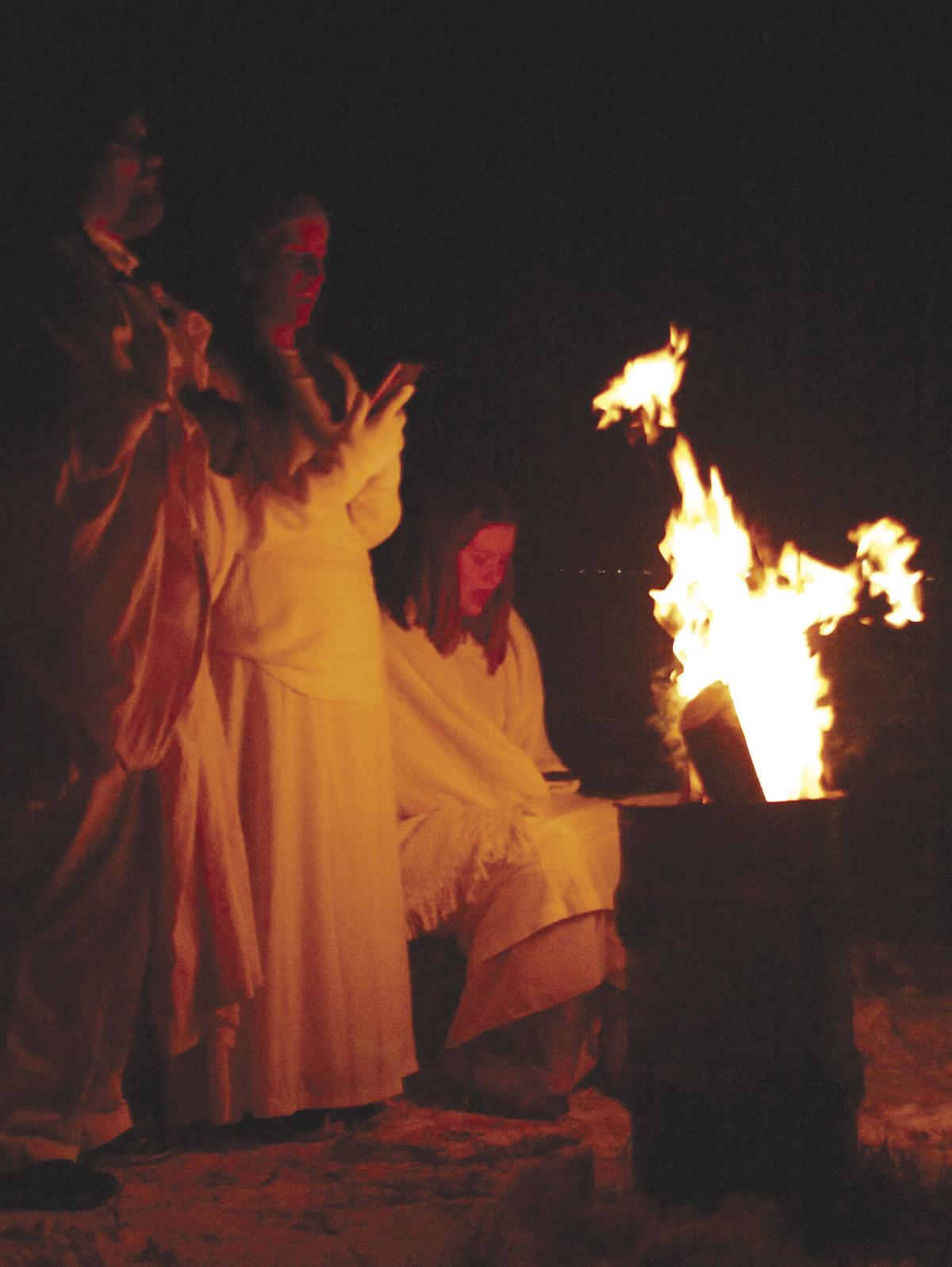 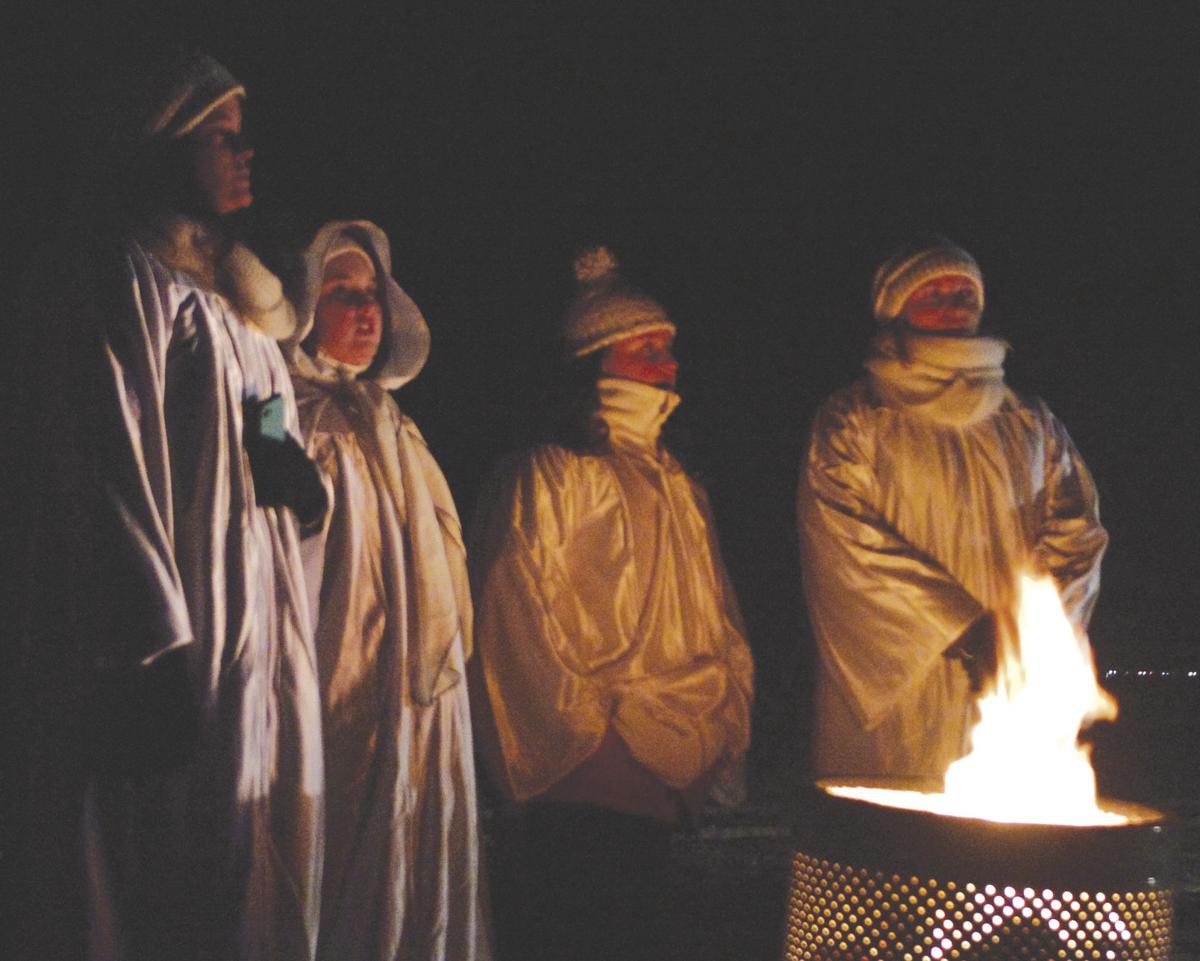 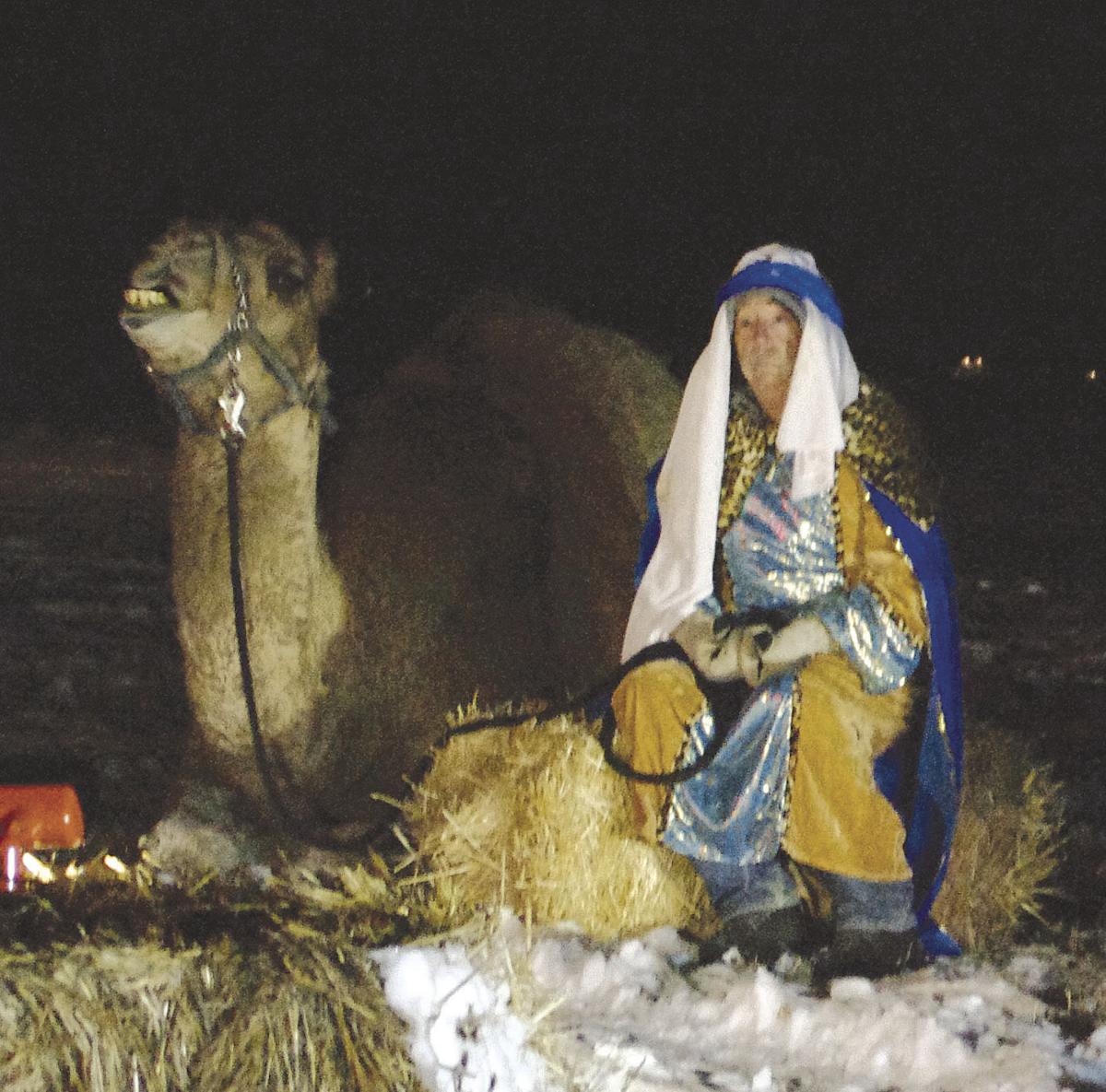 Actors portraying Mary and Joseph huddle near a fire at a live, drive-through nativity reenactment in Garland Monday, Dec. 14.

Determined to keep Christmas off the long list of events that have been canceled this year, Laura Calder and dozens of others banded together last week to bring the local community a live retelling of the story of the nativity.

Cars were lined up a half-mile long or more in both directions along 4400 West in Garland on the evening of Monday, Dec. 14, as thousands came out to catch a glimpse of the live nativity from the safety of their own vehicles.

After waiting their turn in a long line, visitors were greeted first by a sign welcoming them to Bethlehem, followed by a series of live scenes: Roman guards shouting a decree from emperor Julius Caesar that all shall be taxed; an innkeeper informing them that all rooms were full; three pensive-looking wise men; a group of sheepherders with a real, live camel; Mary and Joseph huddled around a fire with the newborn savior; and a choir joyfully singing “O Holy Night” and “O Come All Ye Faithful.”

The drive-through event was organized by Calder and a small army of volunteers who donated their time, equipment and talent to pull it off in a safe, socially distanced manner.

“We wanted to do something to bring peace and hope to the community during a hard year,” she said. “There were probably at least 60 hands that went into making it possible.”

Preparations started in October. Anticipating that COVID-19 restrictions would still be in place around the holidays, Calder got ahold of the Bear River Health Department, explaining the precautions that would be in place to make sure social distancing protocols were followed. Visitors would be able to stay in their vehicles, and all of the actors in each separate scene were members of the same family or household.

“They were very supportive,” she said of the health department staff. “They saw it was organized and we were making it safe for everyone.”

She then started calling around to friends, neighbors, businesses and community groups. She found many local actors and choir singers who were eager to participate after their own holiday performances had been canceled, and everything started coming together.

A local trucking company donated time and equipment to make sure the auto tour route was passable and safe, and many others donated props, lighting, costumes and structures to help recreate the biblical scenes.

She contacted a business in Salt Lake City that rents out camels, donkeys and other animals every holiday season for live nativities, and while they are usually booked out a year in advance, they too were available because so many other events had been canceled.

Visitors could tune their car radios to an FM frequency and hear the songs the choir was singing in unison with the music on the radio.

“Everyone brought a piece to it,” Calder said. “It wouldn’t have happened without them. The spirit was so strong because the whole community was involved.”

However, no one who participated wanted to take individual credit.

“A lot of them asked to remain anonymous,” she said. “They didn’t want their names or logos on the banners — they just wanted to do something for the community.”

She estimates that some 1,200 cars came through to witness the display. The event was scheduled to end at 8:30 p.m., but with people waiting up to 45 minutes to see the spectacle, it ended up going about an hour past the scheduled end time.

Unlike the innkeeper in Bethlehem, “we weren’t going to turn anyone away if they were already waiting in line,” she said. “Our people stayed out in the cold for them.”

In addition to the throngs of local families that drove by in their own vehicles, local assisted living homes also made shuttles available so their residents could get out and see the inspiring display.

“That was our motivation — to give something to those who haven’t been able to get out very much,” Calder said.

For those who couldn’t see it live, a video from the evening has been posted to the event’s Facebook page and can be seen at this link: https://fb.me/e/13HJv6e9f

Calder, who said Christmas is “kind of my thing,” has been to many live nativity events over the years, but this year was the first time she had organized one, and the first drive-through nativity she had experienced.

“People went along with my crazy idea,” she said. “So many just jumped right on board.”

Staying apart from friends and loved ones may have made 2020 an especially difficult year, but last week’s event helped restore the sense of community that has persevered through it all, she said.

“Even though we’re physically separated, we’re still connected by heart.”