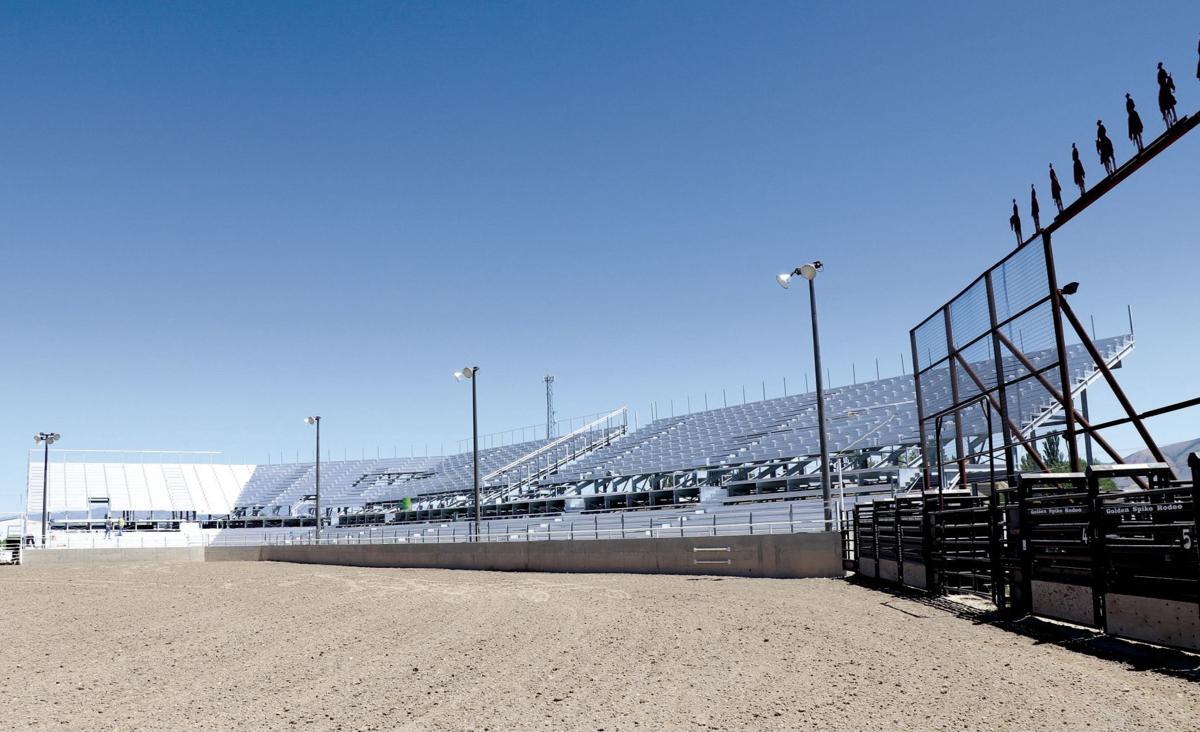 New bleachers are being installed on the east and north sides of the Box Elder County Fairgrounds main arena. A new concessions building with restrooms is also under construction on the east side. The new bleachers will more than double the seating capacity at the arena, and the project is on track to be completed in time for the county fair in August. 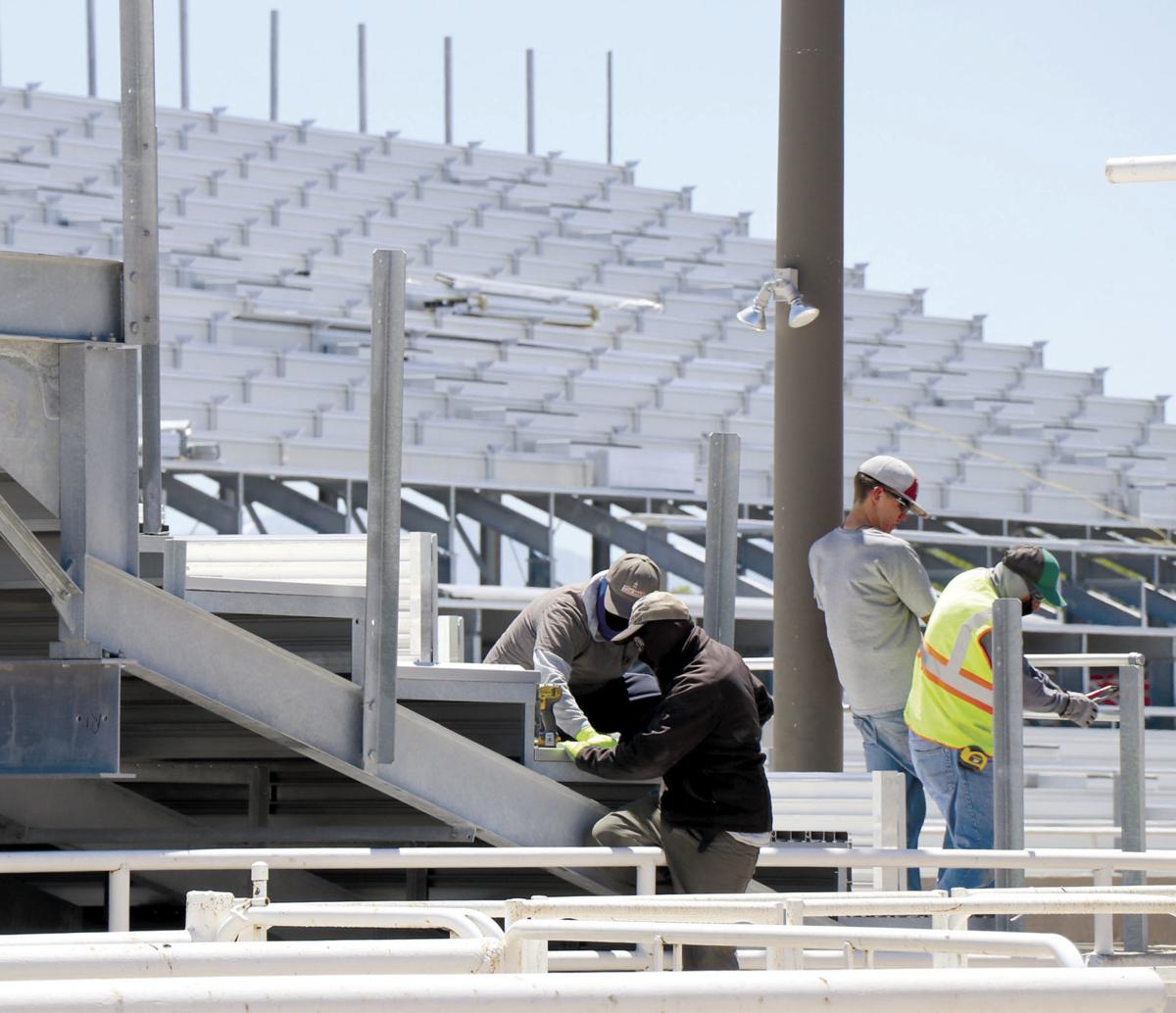 New bleachers are being installed on the east and north sides of the Box Elder County Fairgrounds main arena. A new concessions building with restrooms is also under construction on the east side. The new bleachers will more than double the seating capacity at the arena, and the project is on track to be completed in time for the county fair in August.

A $2 million expansion project that will more than double the seating capacity of the main arena at the Box Elder County Fairgrounds is moving along, and officials say it will be ready in plenty of time for the county fair in August.

Crews have been busy this spring and summer installing new bleachers on the east and north sides of the arena, constructing a new building for concessions and restrooms on the east side, and making other improvements to the surrounding site.

Box Elder County Commissioner Stan Summers said the project has been in the works for more than two years, after county officials learned that the east side of the arena wasn’t up to code and would have to undergo a required renovation.

“We were going to have to put money into the bleachers one way or the other,” he said. “When we found out how much money there was in the tourism fund, we decided to put it out there.”

Funding for the project has come from taxes added to hotel room stays (transient room tax) and other tourism-related revenue generators like museums, convention centers and recreation facilities (tourism, recreation, cultural, convention and airport facilities tax). State law allows counties to impose these additional taxes, as long as the money generated by them is spent on promoting tourism or building tourism-related facilities within the county.

Summers said the county’s tourism fund has more than quadrupled in the past seven years. The opening of the Brigham City LDS Temple has been a big driver of that increase in tourism, along with other developments. That growth has allowed the county to pay for the fairgrounds project up front instead of having to borrow the money, he said.

With the addition, the arena will be able to seat at least 7,000 and as many as 8,500 people, with capacity for thousands more on the floor for concerts.

“From a purely business standpoint, if we gain another 1,200 seats, this will pay itself off in 10 years,” Summers said. “When we bring people here and they spend money in Tremonton, that quarter cent (of additional tax revenue) funds this.”

The new bleachers are being built so there will be six rows in front of the landing, with reserved box seating in front of and directly behind the landing. Bleachers in the front rows will have back rests, and will cost “only a couple dollars more than regular seating,” Summers aid.

“The front row seats will be right next to the arena, so you won’t have people walking in front of you,” he said.

In addition to the new bleachers and building, the approximately $2 million price tag for the project includes a new sound system and improved storm drainage for the area. The county offset a small portion of the cost ($40,000) by selling the old bleachers to Garland City for use at its park facilities.

The original plan was to have covered seating on the east side of the arena like the west side has, but that was scrapped after officials learned it would have added another $1.2 million to the project cost.

“Even if rain is an issue, our storms always come west to east, so (people sitting on the east side) were going to get wet anyway,” Summers said.

The project is on track to be completed around the beginning of August, in plenty of time for the annual fair kickoff concert the weekend before the Golden Spike Rodeo, the arena's flagship event.

The concert and rodeo will be the first big events to showcase the new digs, and officials hope that word will spread and help bring more large events to the fairgrounds.

“This is going to continue to put Tremonton and Box Elder County on the map,” Summers said. “We’re looking forward to making the county a go-to destination, and so far it has worked.”