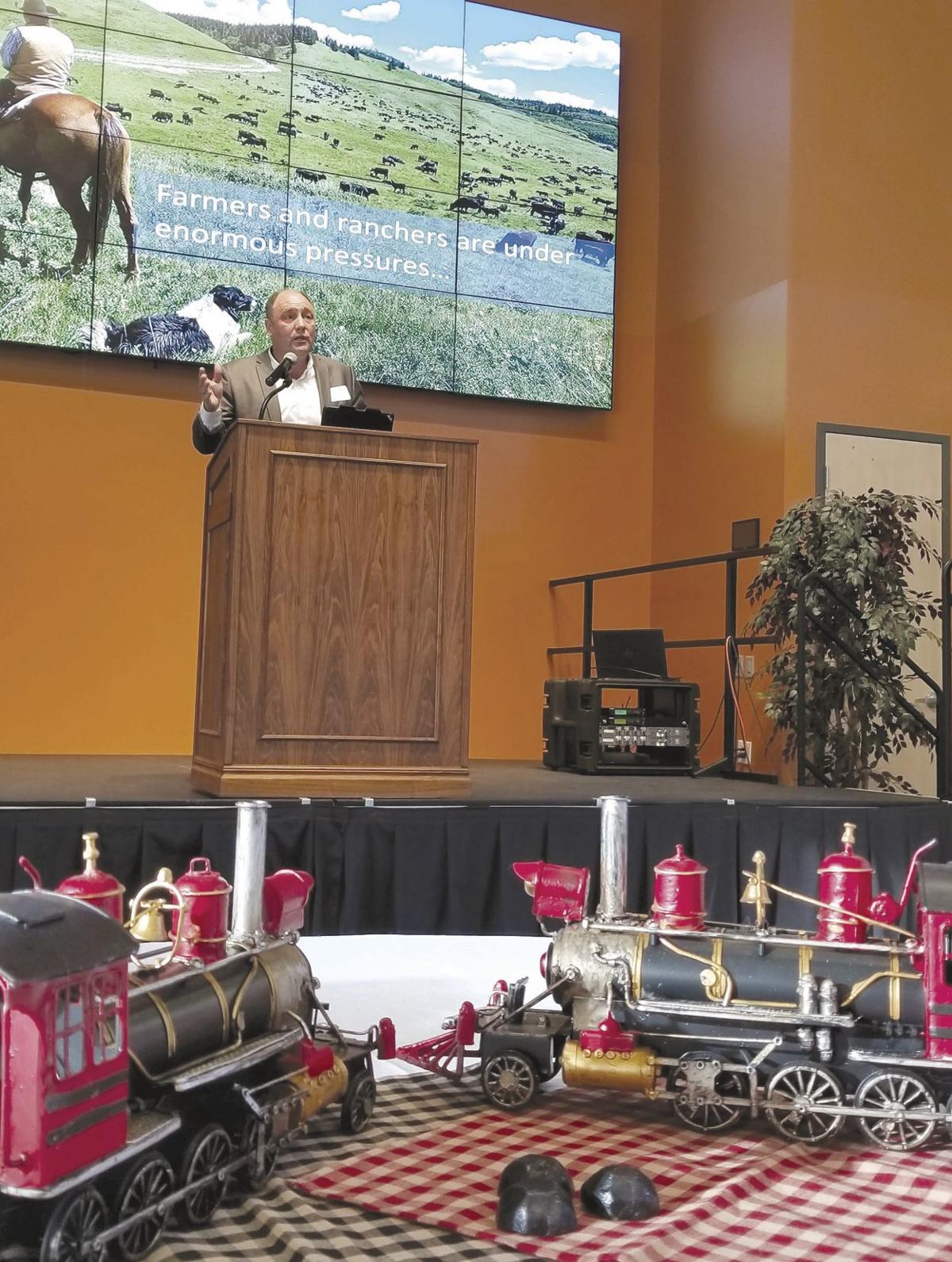 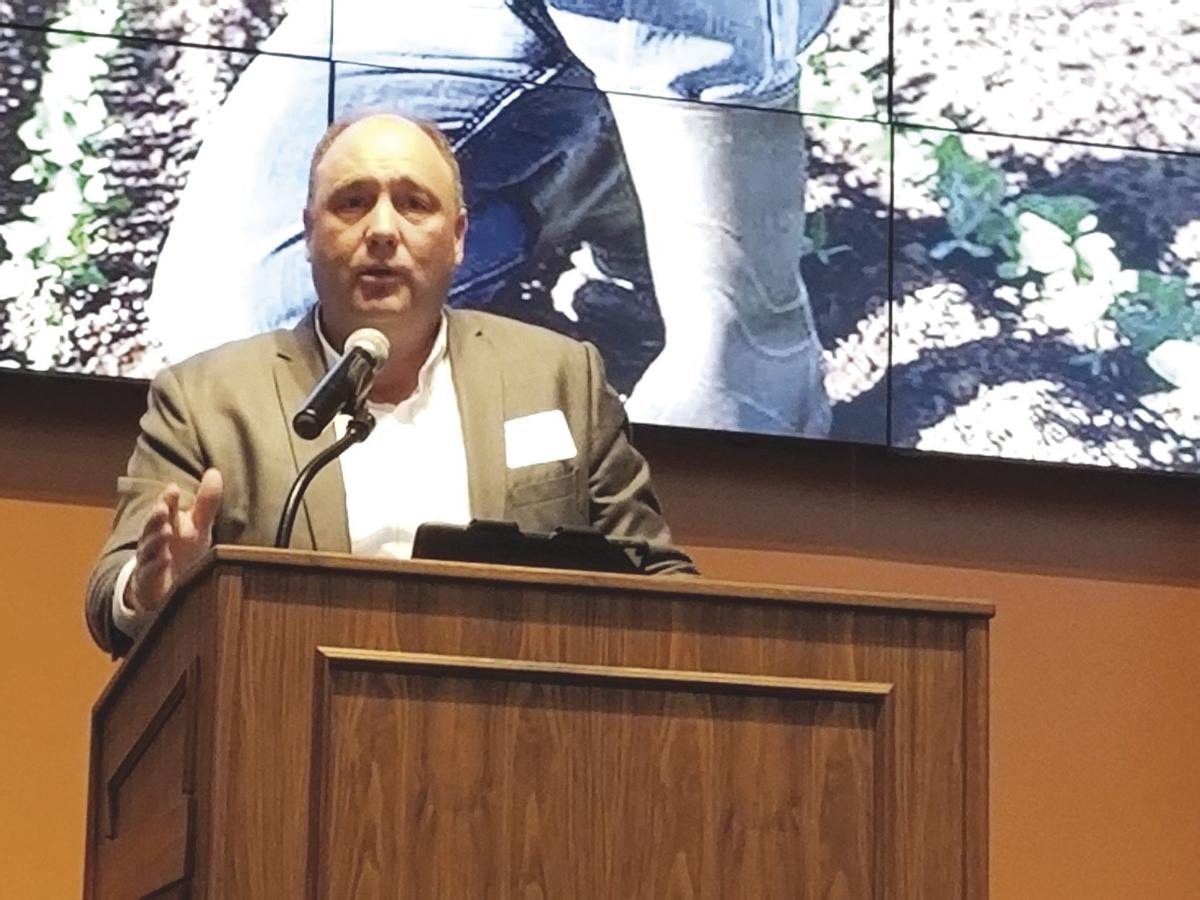 It’s no secret that agriculture is big business in Box Elder County, so it’s fitting that farming and ranching took center stage at a meeting of businesspeople in the county last week.

Attendees heard from local experts on the balance between agricultural land and real estate development, how to market locally produced products, new crops such as the recently legalized medical cannabis industry in Utah, and new technologies being developed and implemented in agriculture.

The event’s keynote speaker was Kerry Gibson, commissioner of the Utah Department of Agriculture and Food, which regulates food safety, agricultural practices and other food-related activities statewide.

Gibson, a sixth-generation dairy farmer from Weber County who was tapped by Gov. Gary Herbert earlier this year to lead the state agricultural agency, touched on a wide range of subjects as they relate to the industry.

In addition to his farming experience, Gibson has served in elected office as a Weber County commissioner and state representative.

“I can tell you from firsthand experience, having served and worked in government for quite a while now, if I get a chance to hire a kid that has grown up on a farm, they usually turn out to be one of the best employees you can find,” he said. “Sometimes you can’t teach certain things, and that comes from their upbringing. It’s one of the intangibles, the work ethic, the values, the integrity, the way they live their lives and pass that on from generation to generation.”

He said it’s critical for agricultural producers to be constantly educating themselves and learning about new techniques and technologies in an evolving industry.

“That does affect our farmers and ranchers,” he said. “They are continually forced, in a good way, to innovate — to be better, and smarter and wiser, and to go out there and be better businesspeople.”

He cited the example of Utah’s new medical marijuana program, and praised Box Elder County for its proactive stance on getting involved.

“Some counties have been a little hesitant to embrace this new industry, and Box Elder County has welcomed it with open arms,” he said, “and because of that, you will have operations in this county that are safe and regulated, and will provide a tremendous income to residents right here in your community.”

As the state agriculture commissioner and a farmer himself, Gibson said it’s his goal to promote the industry, not just to enforce and come up with new rules and regulations.

“Too often we feel underappreciated, disrespected. We feel like the government doesn’t hear what we have to say,” he said. “The role of the Department of Agriculture and Food is to promote agriculture. When we overemphasize the regulatory role, and forget to inform consumers about why agriculture is important to them in their daily lives, we miss the mark tremendously.”

He said farmers and ranchers face many obstacles, and government regulation often makes it even harder for them to succeed.

Gibson said he loves attending the junior livestock shows at the Box Elder County Fair, because the shows embody the spirit of agriculture that helped make Utah communities what they are today.

“I don’t know that there’s a fair anywhere in this country, for sure not in the state, where people support those kids any more than they do here in Box Elder County,” he said. “When a young person gets the opportunity to put their hands on an animal and watch it grow and be strong, and then watch that food cycle occur right in front of their eyes, it’s a beautiful thing.”

Even as it has become more difficult over the years to make a living in agriculture, Gibson said there remains plenty of cause for optimism among farmers and ranchers.

“I’m telling you right now, if you think that agriculture is a dying industry among our youth, you are not seeing the same youth that I am seeing,” he said. “It is a tremendous thing to see these young people who are committed to producing food and fiber, and maintaining this heritage and lifestyle that is so important to all of us.”

He encouraged those in attendance to stay positive and continue working hard, and assured them that good things will come from their efforts.

“We should all do our part to fan the flames of success and douse the fears of uncertainty, so that the silos of our lives can be filled to complete capacity with hope, optimism and faith in the future of agriculture,” Gibson said at the conclusion of his speech. “Join me in making sure that every man, woman and child in this state understands why agriculture is important in their lives.”