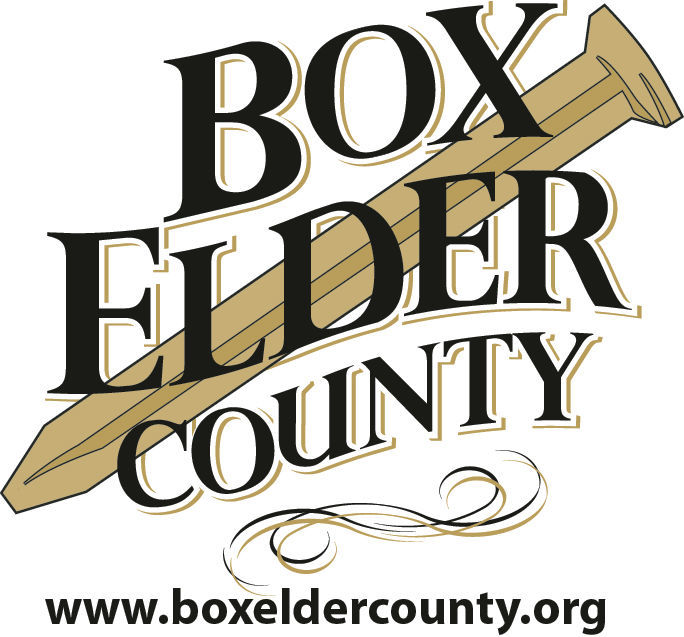 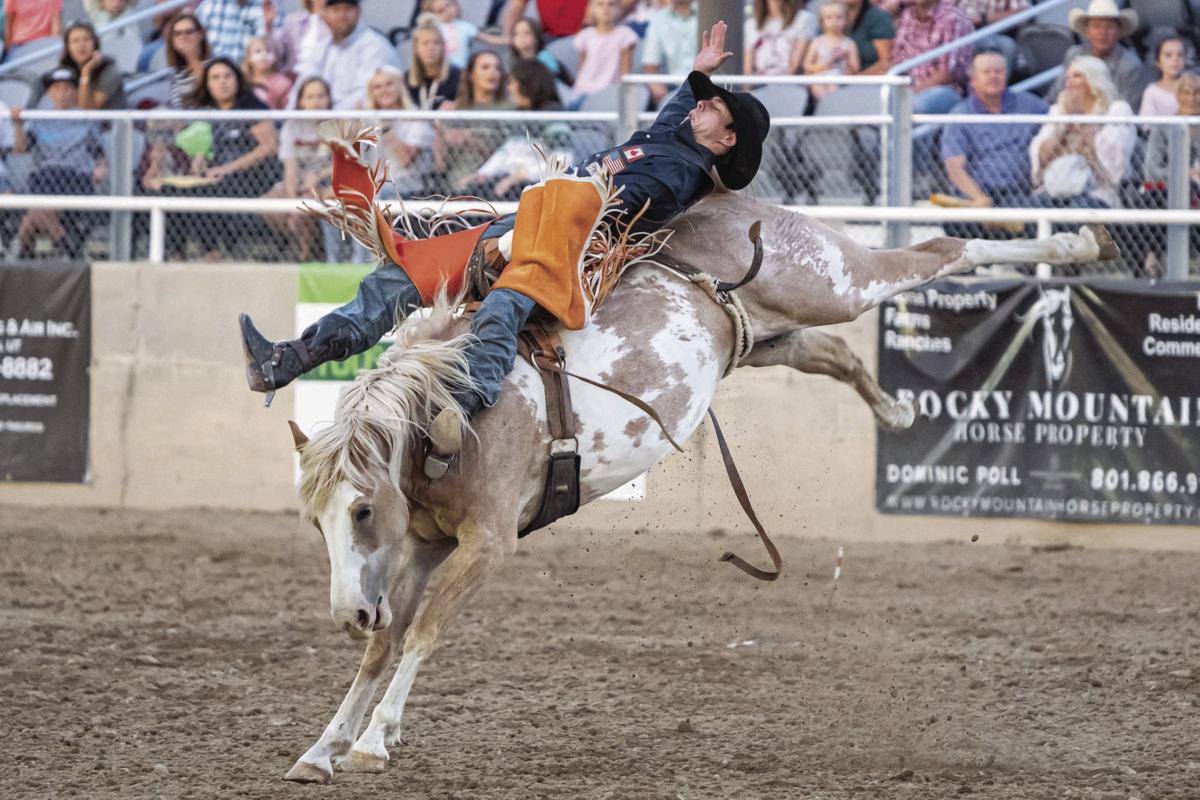 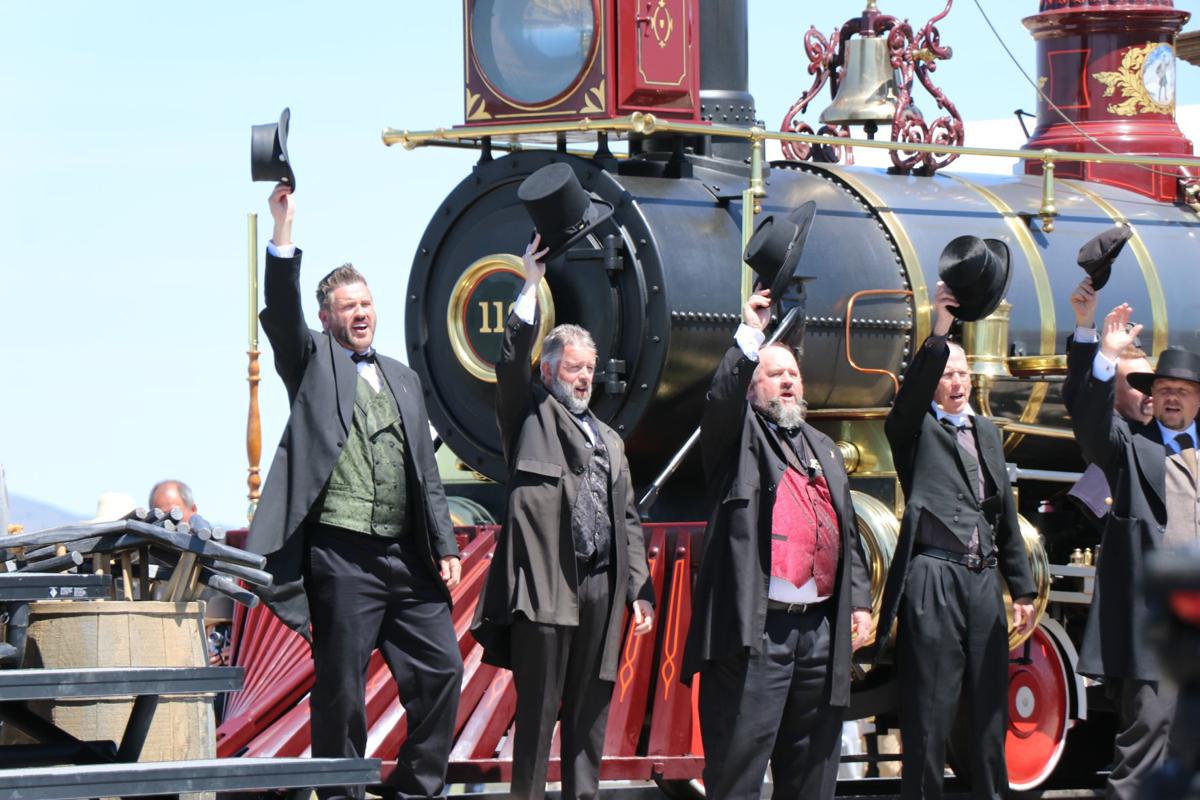 (Left to right) Box Elder County Commissioners Jeff Hadfield, Jeff Scott and Stan Summers participate in a reenactment of the driving of the Golden Spike at Promontory on May 10, 2019. The Golden Spike sesquicentennial celebration gave a big shot in the arm to tourism in the county this year.

(Left to right) Box Elder County Commissioners Jeff Hadfield, Jeff Scott and Stan Summers participate in a reenactment of the driving of the Golden Spike at Promontory on May 10, 2019. The Golden Spike sesquicentennial celebration gave a big shot in the arm to tourism in the county this year.

More than 150 years after the nation’s first transcontinental railroad was completed in what is now Box Elder County, the effects of that monumental milestone are still being felt.

The 150th anniversary of the driving of the Golden Spike at Promontory was quite a spectacle this year, drawing tens of thousands of visitors over the course of a long weekend and putting Box Elder County in the global spotlight.

Along with world-class wildlife watching and other outdoor recreation opportunities, as well as a county fair that turned a profit for the first time in years, officials say the Golden Spike event in May put the tourism industry in the county on track for its biggest year to date.

In her annual report to county commissioners, Box Elder County Tourism Director Joan Hammer said the collective success of all the events and offerings in the county has created momentum that will last well into the future.

“Box Elder County really had an opportunity to shine,” Hammer said. “We’re going to continue down that path.”

Lee Buschkowsky, interim superintendent at Golden Spike National Historical Park, said visitation at the site was up 73 percent this year including the sesquicentennial weekend, and the site saw an increase of more than 8 percent in visitation on days other than the big event.

He said the site isn’t done for the year, as it is set to host the annual Steam Festival on Dec. 28. A major upgrade to the visitor center is currently in the works, and “it’s going to be quite spectacular when it’s all said and done in a couple of years,” he said.

The Box Elder County Fair is always a big draw, and this year was no exception. The junior livestock auction brought in a record haul of about $1.25 million, and an expansion that more than doubled the seating capacity at the main arena drew record crowds to the Golden Spike Rodeo.

“It’s the first time it’s been positive since I’ve been here,” Kotter said. “The rodeo had much larger revenue because of the capacity increase.”

The expanded seating at the fairgrounds will end up requiring about $800,000 from the county general fund, well above the $500,000 that was anticipated, but officials expect to recoup those costs and more through increased ticket sales.

“The new bleachers were a hit,” Hammer said. “People loved the reserved seating.”

The Bear River Migratory Bird Refuge, one of the main tourist draws in the county, saw a modest increase in visitation.

Kathi Stopher, visitor services manager at the refuge, said it saw a small increase from opening more of the refuge to waterfowl hunting, and a steady rise in the number of people coming to observe and photograph the many species of birds found there.

She said the refuge has brought in some new staff and was able to return to full operating hours at this visitor center this year, which is helping to boost the environmental education programs and other public offerings.

“We keep continuing to break all the numbers, the marks we’ve had before,” Morgan said.

He said the park is expanding its offerings with a large pond that will be open to fishing, scuba diving and other non-motorized uses.

Hammer said 2019 will be tough to top, but the future looks bright for tourism in the county. She said partnerships with state tourism groups remain strong, and hotel owners in the county are planning to start a hospitality group to leverage their resources and bring in even more revenue from tourism.

She said visitors to Utah spent $9.75 billion within its borders in 2018, and the benefits of the revenue extend to all corners of the state, including Box Elder County.

“Each Utah household pays $1,300 in fewer taxes because of the impact that tourists have,” she said.