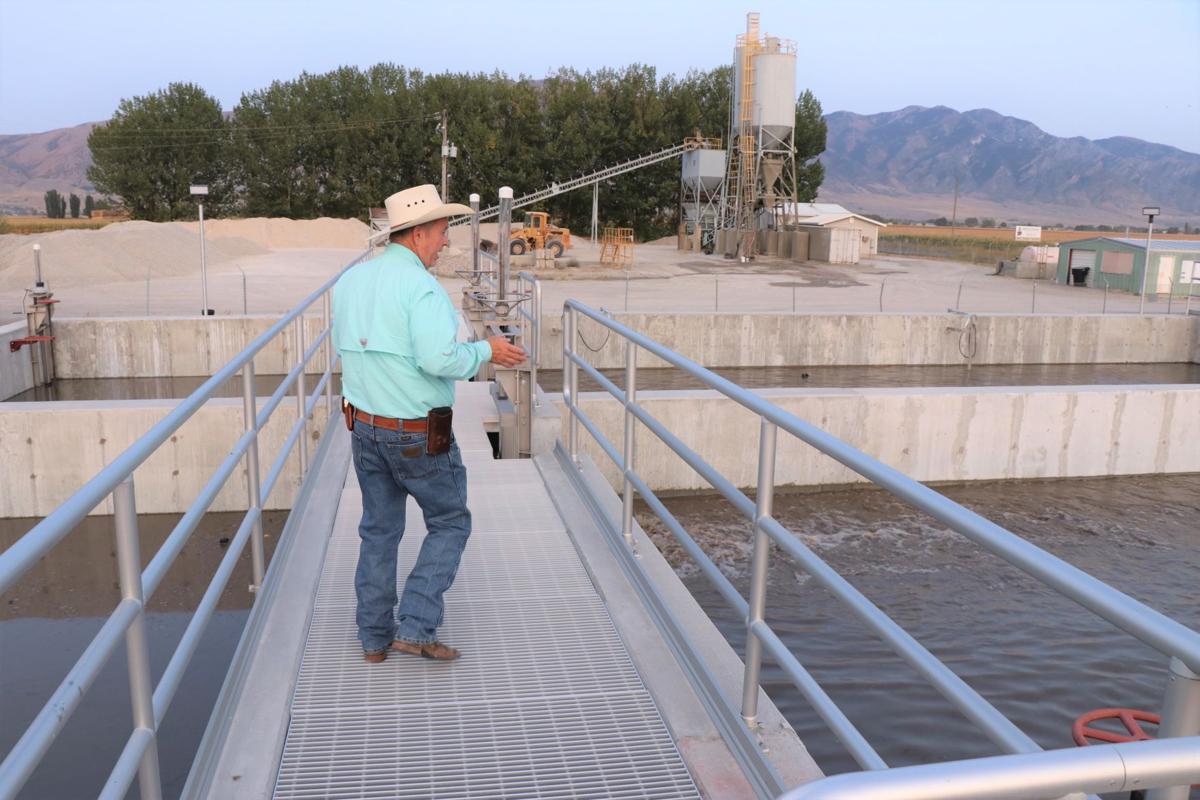 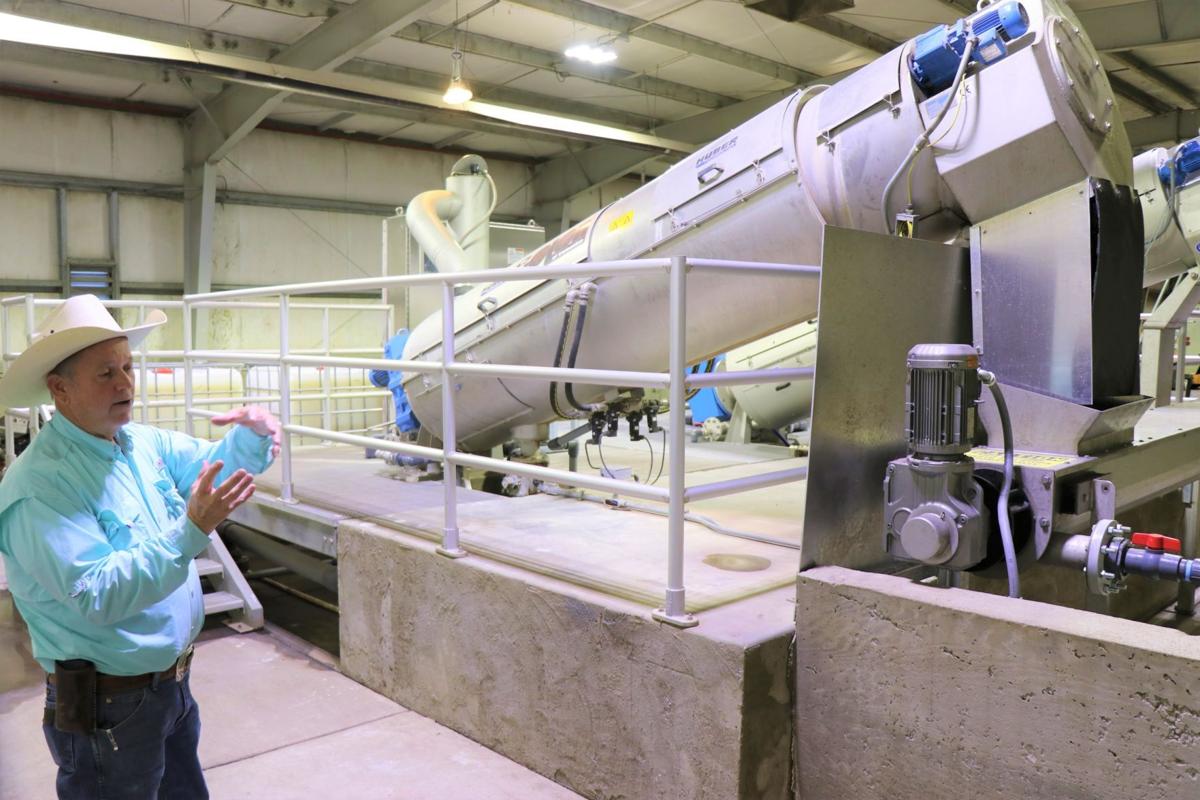 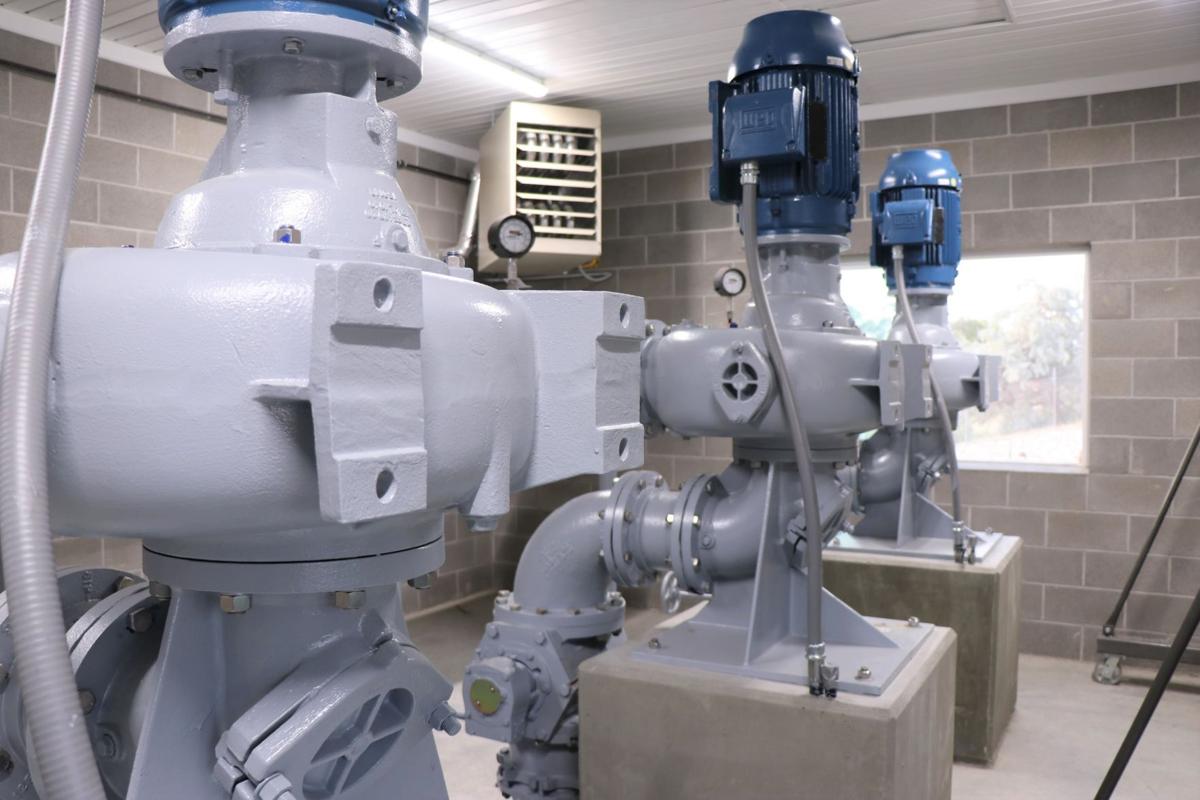 A $3 million expansion and upgrade of Tremonton City’s wastewater treatment facilities is fully up and running, including a new process for removing phosphorus and other harmful nutrients before water is sent back out into the natural environment.

Last week, the city’s public works department flipped the switch on three new pumps, which quickly filled a 17-foot-deep basin with wastewater. Cycling a portion of the raw wastewater that comes in from homes and businesses through the new basin and mixing it will already-treated water will promote the growth of specific bacteria that consume phosphorus, ammonia and nitrates before discharging the water back into the Malad River.

While giving a tour of the new facilities last week, Public Works Director Paul Fulgham said the project is the result of new federal requirements to improve water quality. Phosphorus and other elements coming from farms, wastewater and other sources contributes to the growth of algal blooms, which consume oxygen in the water and, at high enough concentrations, can kill fish and other aquatic life.

It’s now part of the job of Fulgham and his crew to create the right conditions, a balance that promotes the growth of the “bugs,” or bacteria that consume the nutrients and allow the facility to meet new, federally mandated limits on nutrients that are discharged into the river.

“It’s a brand new process for us,” Fulgham said. “Our job is to keep our bugs happy, and we do that with food, oxygen, and then removing some to where we don’t overpopulate. We’re kind of bug herders. This treatment facility is a living, functioning thing.”

The ways in which cities handle their wastewater has changed a lot over the years, and Tremonton is no exception.

Until the 1960s, raw sewage from the city was channeled directly into the Malad River. That started to change with the advent of the U.S. Environmental Protection Agency and new federal legislation, especially the Clean Water Act of 1972.

The city’s first wastewater treatment facility was built in 1964, and has been through several expansions and upgrades over the years since then to accommodate growth, as well as to bring the facility into compliance with new regulations.

An expansion in 1979 expanded the plant’s capacity from 500,000 gallons a day to 1.5 million gallons a day. A rule change on how the solids from wastewater had to be handled prompted another upgrade in 1994.

Another big change to the facility came in 2003, when Malt-O-Meal (now Post Consumer Brands) opened its manufacturing facility in town. The cereal plant requires a lot of water use, and the company partnered with the city to upgrade the wastewater plant, making it more efficient so it could handle more inflow without growing in size.

The following year, environmental rules necessitated another change, when the city had to switch from using chlorine to remove harmful bacteria, implementing an ultraviolet light process to kill the bad bugs instead.

The new requirements to reduce nutrients in the water come down from the federal level and are administered by the states, which can either adopt the minimum standards or make more stringent regulations of their own.

The Utah Division of Water Quality hasn’t added any more to the federal requirements, but Fulgham said it’s still an onerous and expensive process that requires the city to foot the bill, even though studies have shown that wastewater treatment facilities represent only a fraction of the phosphorus that is discharged into the environment.

“It’s a component that we don’t think is really fair, but we live with it because we have a permit to discharge, so they can come to us and say ‘make this change,’” he said. “The natural phosphorus and what might be attributed to farms, they can’t do much about that.”

The nutrient removal process is the new part, but not the only component of the most recent expansion. The facility has also installed a new screen at the point where raw sewage and wastewater first come in, a critical step in filtering out paper, hair and other items that won’t break down in the treatment tanks. Fulgham said that screen catches a lot of material, even things like cell phones and misplaced false teeth that somehow ended up going down the drain.

The other component is the addition of a second “dewatering screw,” a device that runs the treated wastewater through a pressurized chamber, squeezing it through a fine mesh screen to separate liquids from solids. The solids are then trucked to the city’s composting facility out near the county landfill, where they are mixed with grass clippings and wood chips to create compost.

The most recent upgrade won’t mean a spike in the monthly rates that users pay. Because the project didn’t qualify for grants or low-interest loans, the city has gradually been raising rates over the last four years in order to pay for it. Residents now pay $28.30 per month for wastewater treatment, up from $18.05 several years ago, in addition to the $5.50 per month for collection of sewage.

“Because of that we were able to build up our reserves so we didn’t have to go borrow any money,” Fulgham said. “We spread (the rate increases) out over time so nobody took a big hit all at once.”

Garland City has been sending its wastewater to the Tremonton facility since the beginning, but that’s about to change as Garland is getting ready to break ground on its own sewer plant.

When Garland moves to its own facility sometime next year, Fulgham said that will reduce demand at the Tremonton plant by as much as 500,000 gallons a day, but new growth will take up that slack within a relatively short time frame.

“As fast as we’re growing, that will make it all up,” he said, even with new homes and appliances operating more efficiently and using less water.

Today’s facility can handle 2 million gallons per day, and more expansions to increase capacity down the road will be necessary as the population continues to grow, Fulgham said.

“We’ll have to expand again, probably within 10 years, to handle the growth,” he said.