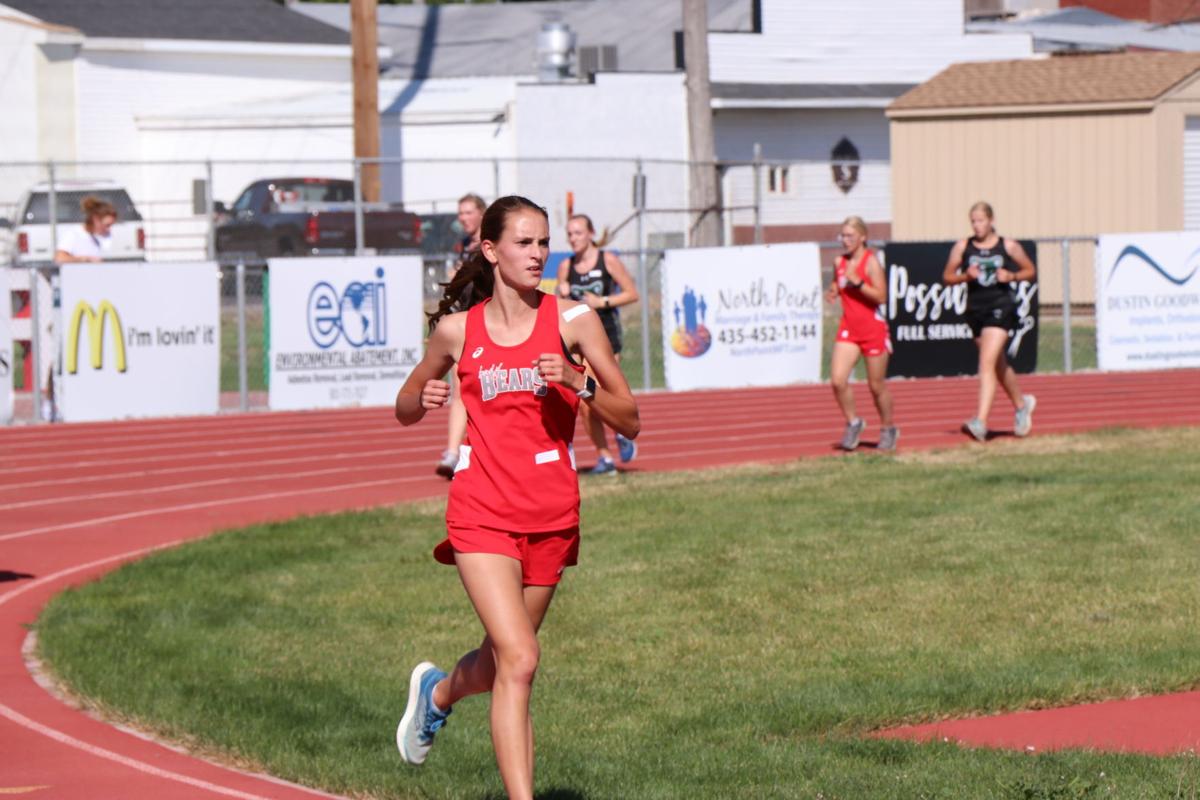 Bear River’s Madison White distances herself from the rest of the field at the Homecoming HOKA cross-country race Thursday, Sept. 10 in Garland. 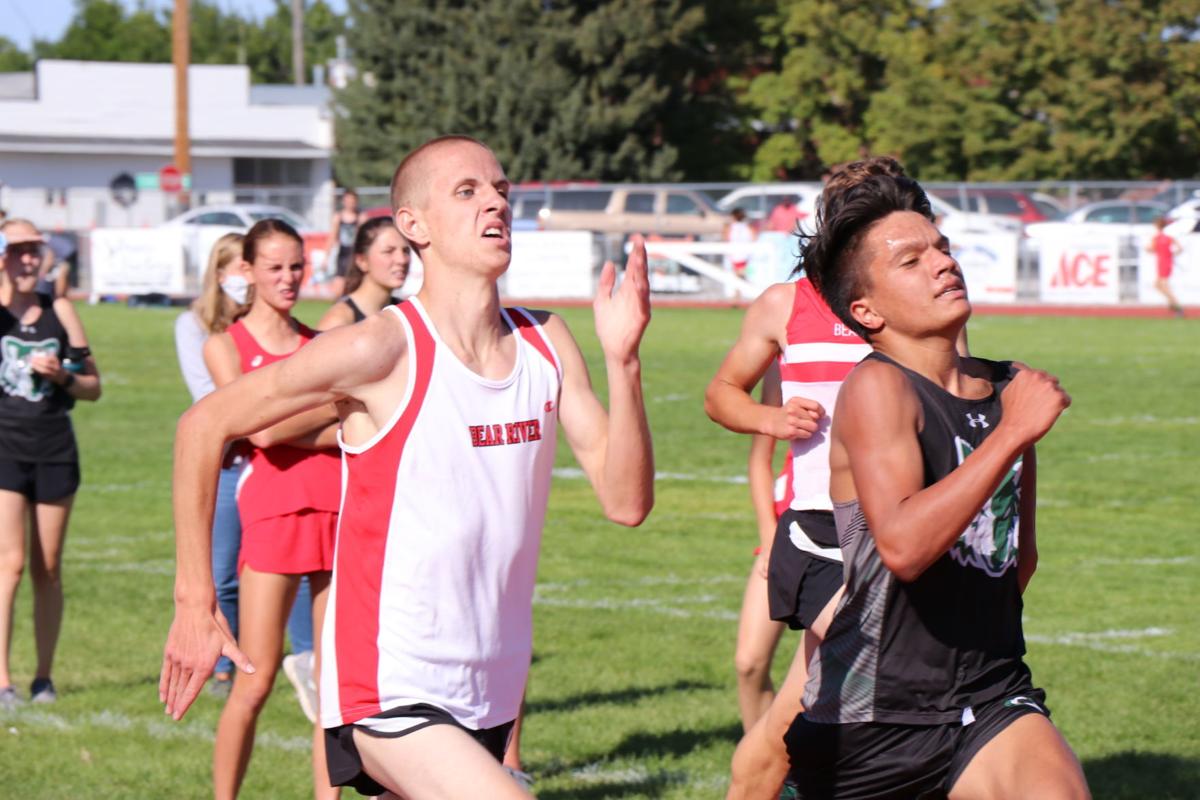 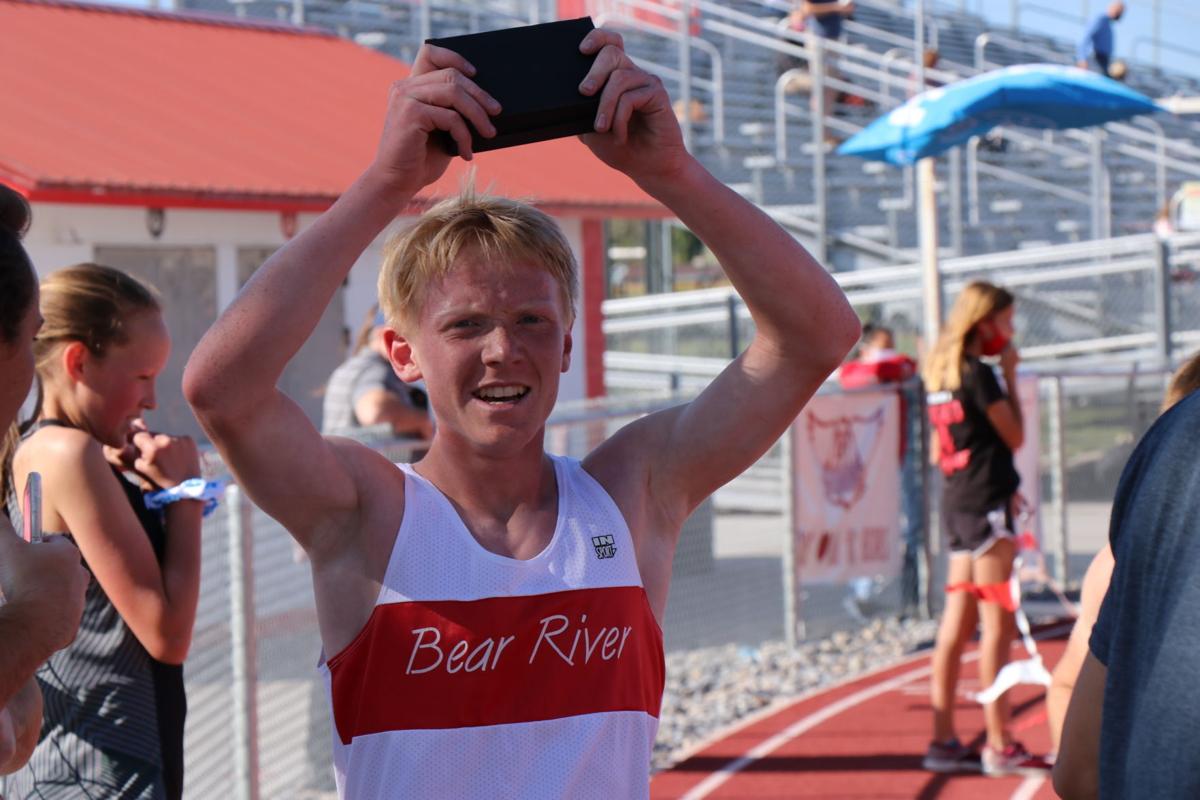 Bear River’s Madison White distances herself from the rest of the field at the Homecoming HOKA cross-country race Thursday, Sept. 10 in Garland.

Cross country isn’t typically known as a spectator sport, so it was a treat for the Bear River boys’ and girls’ teams to get the chance to run before a cheering home crowd last week.

The Bears hosted the annual Homecoming HOKA two-mile races on the track in Garland last Thursday, welcoming runners from Green Canyon as well as two Idaho schools, Grace and Preston.

Bear River runners came out ahead, with girls’ state-title contender and senior Madison White blowing away the field with a time of 11 minutes, 46.8 seconds — more than a full minute ahead of second place. Many runners still had a full lap to run after White finished.

“It was a little faster than I expected, but not my fastest ever,” White said. “I wanted to run it fast, but also where it felt good and wasn’t killing myself the whole time.”

With the next four finishers after White coming from Green Canyon, the Wolves took the team win for the day with an overall score of 24, followed by Bear River (36) and Grace (70).

“Overall we’ve been training really hard,” Bear River Girls Head Coach Tyrell Neal said. “We wanted to come out and run hard, and have some fun while we’re working hard.”

The event wrapped up with the boys’ “A” race, where Bear River’s Peter Nielsen crossed the finish line first with a time of 10 minutes, 9.1 seconds. Close behind him was teammate Daniel Curtis, who took second (10:13.5).

Nielsen was neck and neck with Green Canyon’s Branson Sharp for much of the race, but pulled away down the stretch for the win.

“I was just kind of sitting back until a lap and a half to go, and then I made my move,” Nielsen said. “Branson Sharp is an amazing runner.”

Nielsen and Curtis led the Bears to an overall team victory with a score of 26, followed by Green Canyon (34) and Grace (70).

“We have been working so hard, and to see the kids come out and race this fast, Daniel and Peter and Madi and some of the younger kids — we’re in shape,” Boys Head Coach Dan Line said. “The kids have all been working hard together and listening to us, and we’re just having fun.”

HOKA races are common across the country, and have a long-standing tradition behind them.

From 1957 through the 1970s, at the end of the cross-country season Track & Field News and the United States Track & Field Federation jointly held a nationwide competition. Teams would run two miles on the track and mail in the results, hence the name Postal Nationals. Since cross country courses varied and there was not going to be a single national meet, the races were run on the track, but with a cross country scoring format: teams of five runners were entered as well as individuals.

The 2-mile races for the Postal Nationals were done from 1957 through 1982, and the 3-mile races were held from 1969 through 1978 (in 1979 and after, the Kinney and Footlocker National High School Cross Country Championships were instituted for the 3-mile races).

In 2015, the running shoe company HOKA One One and RunnerSpace breathed new life into the spirit of this competition with the HOKA One One Postal Nationals competition. Now, teams from across the nation can host their own 2-mile event during the cross country season, upload their results through the official website, and compare their times with squads from all over the country.

National winners in the boys’ and girls’ divisions are chosen based on average team times. More than 1,000 teams are signed up this year.

Last week’s races also served as a tune-up for the important Cache-Box Invitational on Wednesday, Sept. 16 in Cache Valley, which Line said will be the biggest race of the year so far.

Nielsen expressed confidence that he and his fellow Bears will make a strong showing at the meet.

“Our team is going to win, I’m pretty sure,” he said. “We’re all doing phenomenal right now.”

After finishing fifth at state last year, White has her sights set on a shot at a state championship this time. Two of the girls who finished ahead of her last year were seniors and have since graduated, and another finished just a couple of seconds ahead of her.

“There’s a lot of girls that when it comes to the state meet I haven’t raced yet, so compared to them I don’t know quite how I stack up, but I think I’ve ran a pretty good season so far,” she said.

In the meantime, she said it was a lot of fun to run in front of a home crowd in a sport that can be lonely at times — especially for someone who’s as far ahead of the rest of the field as White was last week.

“Usually in cross country it’s just our parent supporting us, so it’s kind of fun to have a few other people that don’t know cross country be here and cheer,” she said.