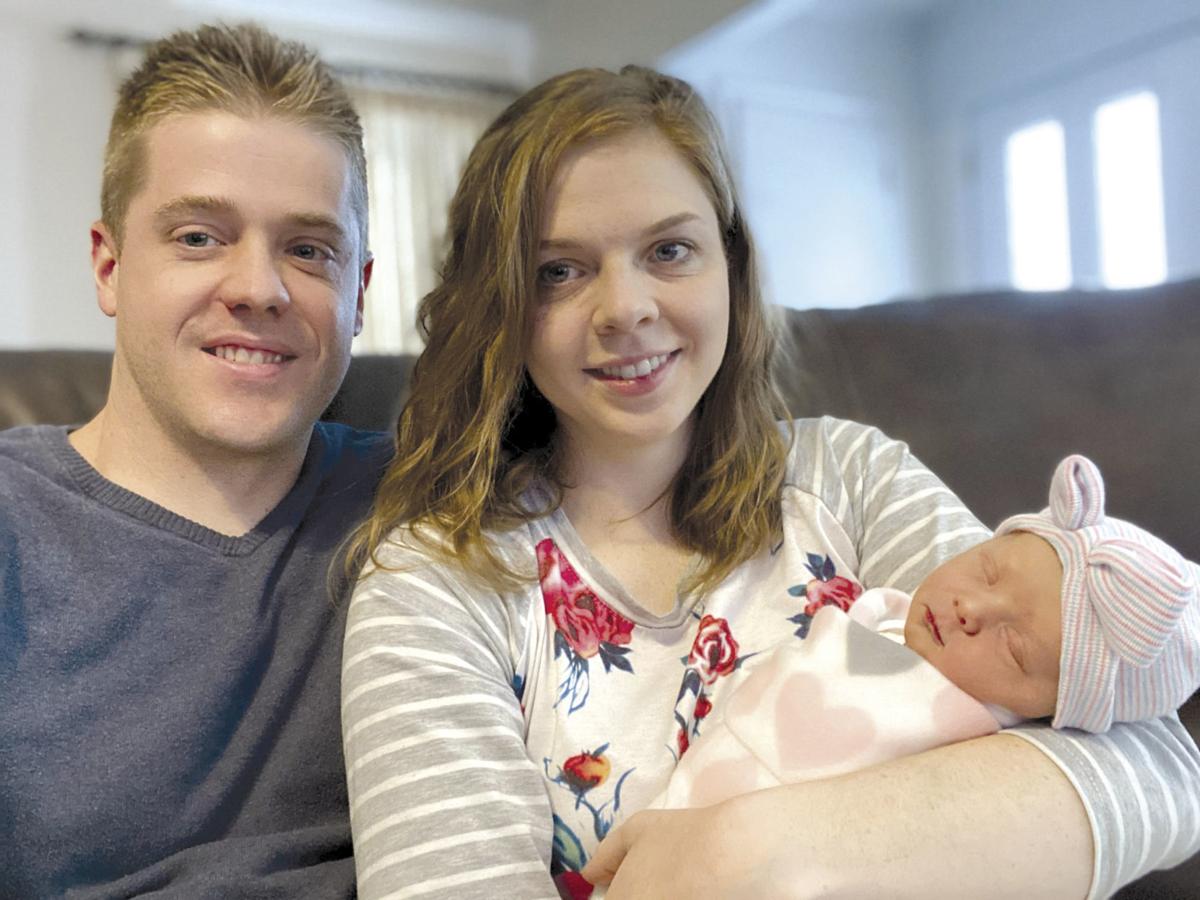 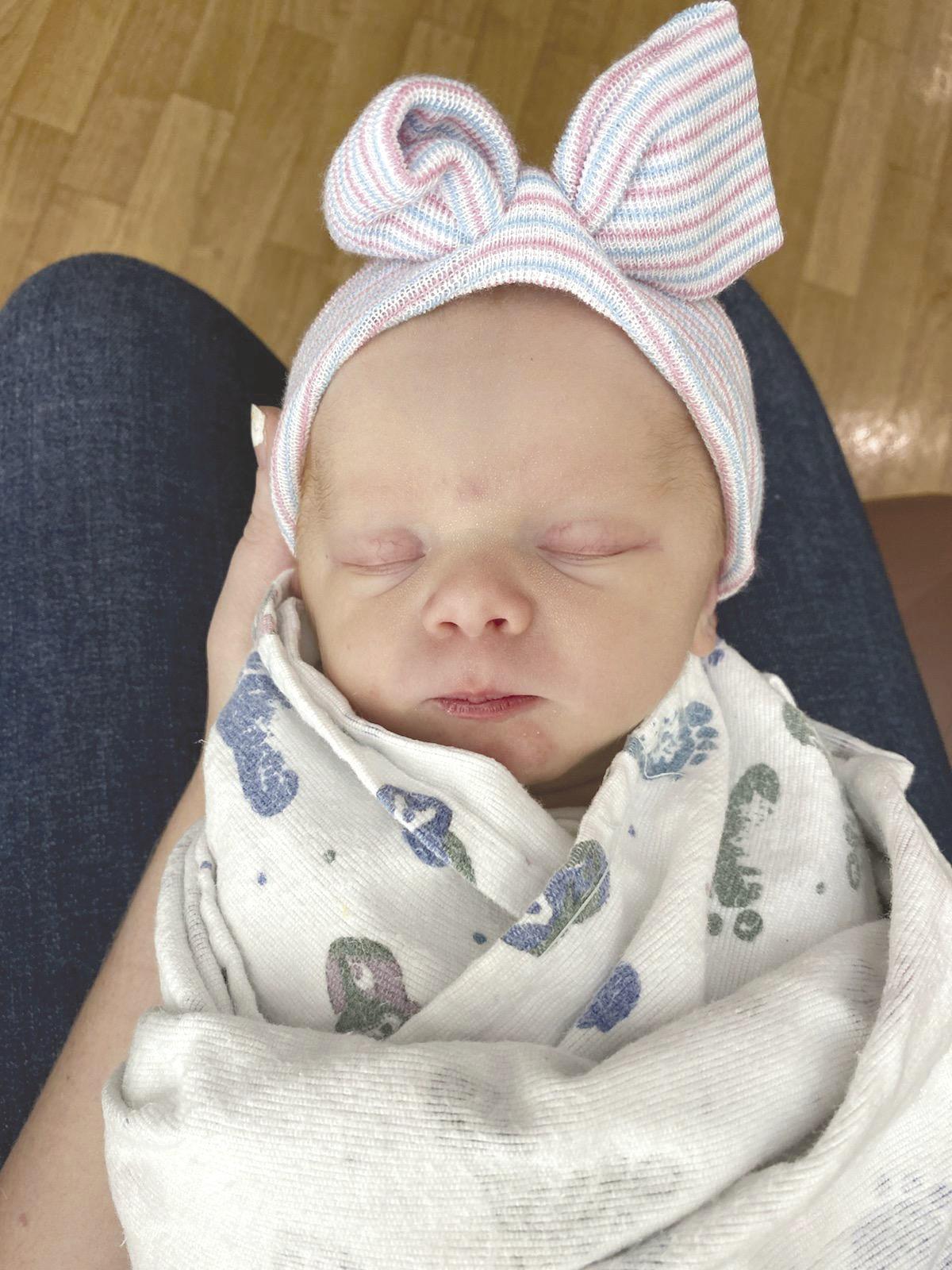 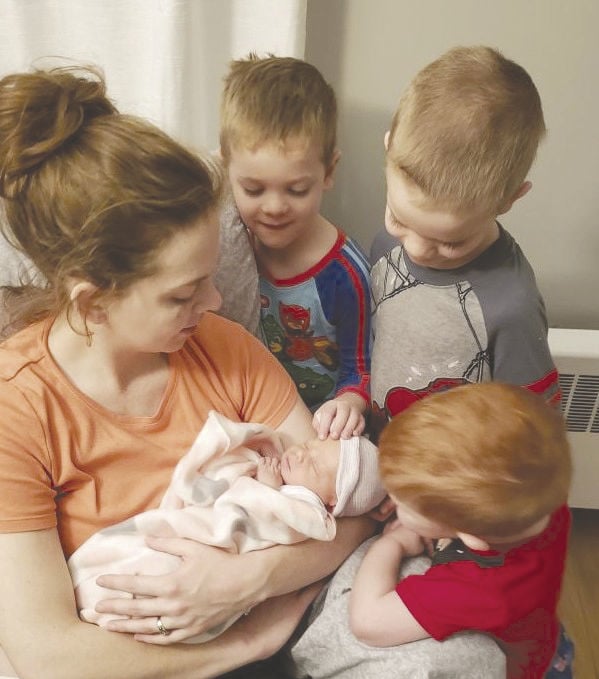 Arielle Stringham's older brothers (clockwise from top) Elliott, Wren and Benjamin were delighted to welcome their sister into the world on Monday, Jan. 6.

Arielle Stringham's older brothers (clockwise from top) Elliott, Wren and Benjamin were delighted to welcome their sister into the world on Monday, Jan. 6.

It took almost a week for the first baby of 2020 to arrive at Bear River Valley Hospital.

For Trevor and Mariah Stringham, it was well worth the wait as they welcomed their fourth child and first daughter into the world. Arianelle Stringham was born at 8:04 p.m. on Monday, Jan. 6, weighing 6 pounds, 2 ounces, and measuring 20 inches long.

The Stringhams, who live in Garland, were already blessed with three healthy boys: Wren, 6; Elliott, 4; and Benjamin, 2.

“She’s got three affectionate older brothers, so we were very excited to be having a girl,” Mariah said.

The parents derived the name Arianelle from the middle part of Mariah’s name, as well as both of the grandmothers’ names: Donelle (Mariah’s mother) and LaNell (Trevor’s mother).

“I’ve loved the name Aria forever, but it’s really popular right now,” Mariah said. “I was worrying about having four of them in her kindergarten class.”

She said the name also has significance for the family because it’s an old Welsh name meaning “silver,” and both Trevor and Mariah have Welsh heritage.

Mariah said the pregnancy went very well and relatively smooth. The day Arianelle was born, Mariah went for a regular checkup and found out her blood pressure was high.

“The doctor said ‘if it stays high, you’re going to have a baby today,’” she said.

It did stay high, so Mariah was induced, and Arianelle made her appearance.

“It went really fast,” Mariah said. “I pushed for one contraction and she was here.”

She said her new daughter is doing fine.

“She’s eating really well, and we didn’t have any real concerns (during the pregnancy),” she said.

She thanked Dr. Rick Gardner, as well as the nurses and other staff at Bear River Valley Hospital, for providing “a great delivery.

“We were grateful to her doctor for making the right all about inducing. We couldn’t have asked for any better,” Mariah said. “The nurses were so amazing too. They took great care of us and were knowledgeable.”

While Mariah has brunette hair and Trevor is more of a blonde, Arianelle is a redhead, much like her brother Benjamin.

“Benjamin has very red hair, and he gets a lot of comments about it,” Mariah said. “I can’t wait for her hair to grow out.”

The Stringhams met in a guitar music theory class at Utah State University. After Trevor earned his master’s degree in economics, he got a job at Northrop Grumman in Promontory, so they moved to the Bear River Valley to be closer to his job. Trevor, 35, is from Blanding in southern Utah, while Mariah was born in Logan and grew up in Boise, Idaho.

Both parents have maintained their musical inclinations, and have gotten their children involved as well. Mariah, a stay-at-home mom, writes music whenever she gets the chance and sings, plays guitar, piano and violin, while Trevor plays a wide variety of instruments and records music.

“We still love to play music together,” Mariah said. “We have fun with it and try to share it with the kids. We’re very tolerant of allowing people to make bad noises to get the good one.”

She said it’s likely that Arianelle will be their last child, and they probably would have stopped at four even if she had been a boy, but “we’re feeling blessed to have a girl.

“The boys are so fun, interesting and full of energy, but we’re definitely happy to have that balance of having another girl in the house.”