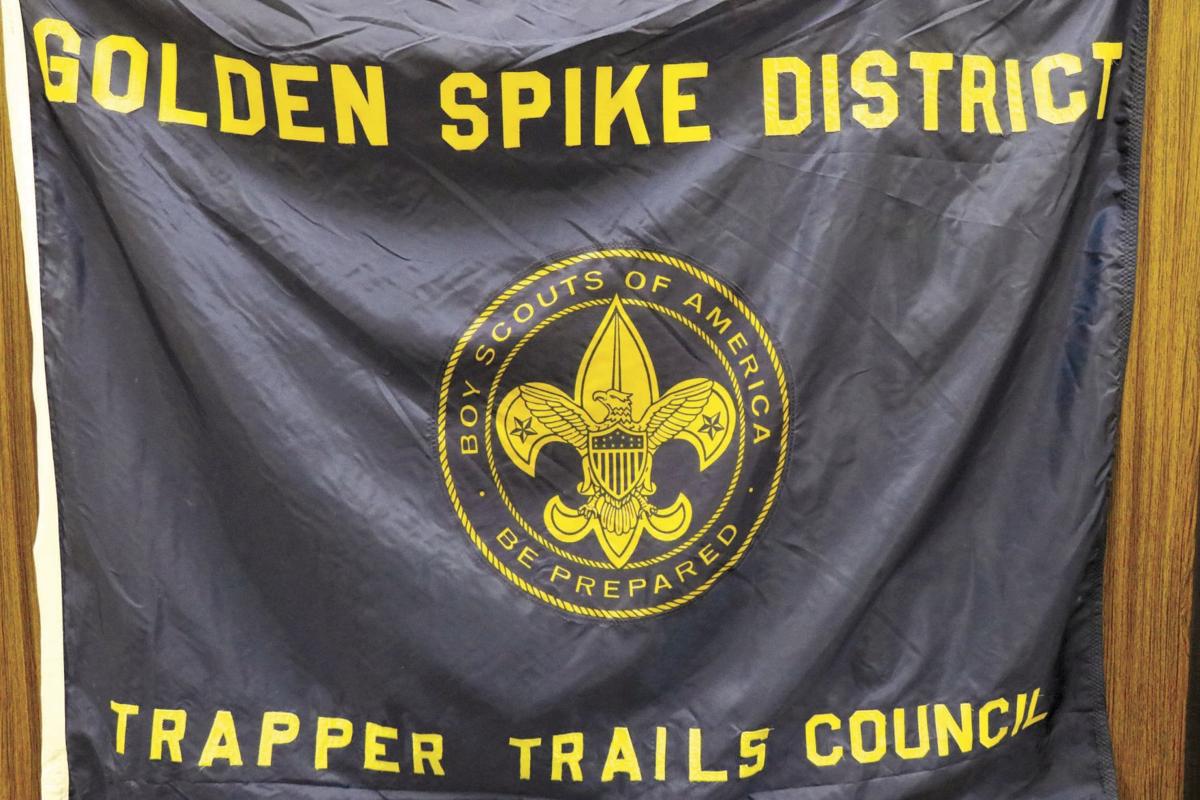 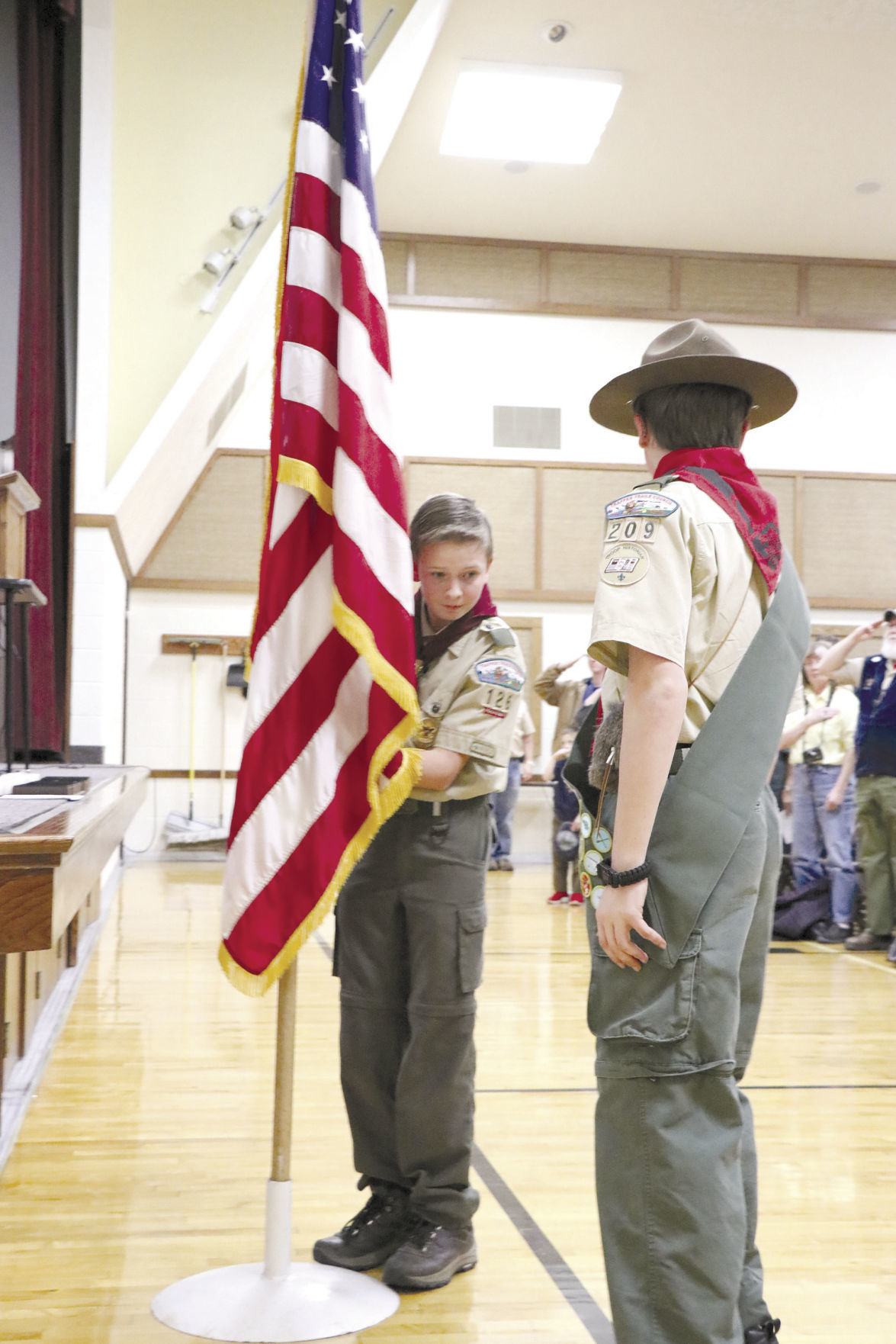 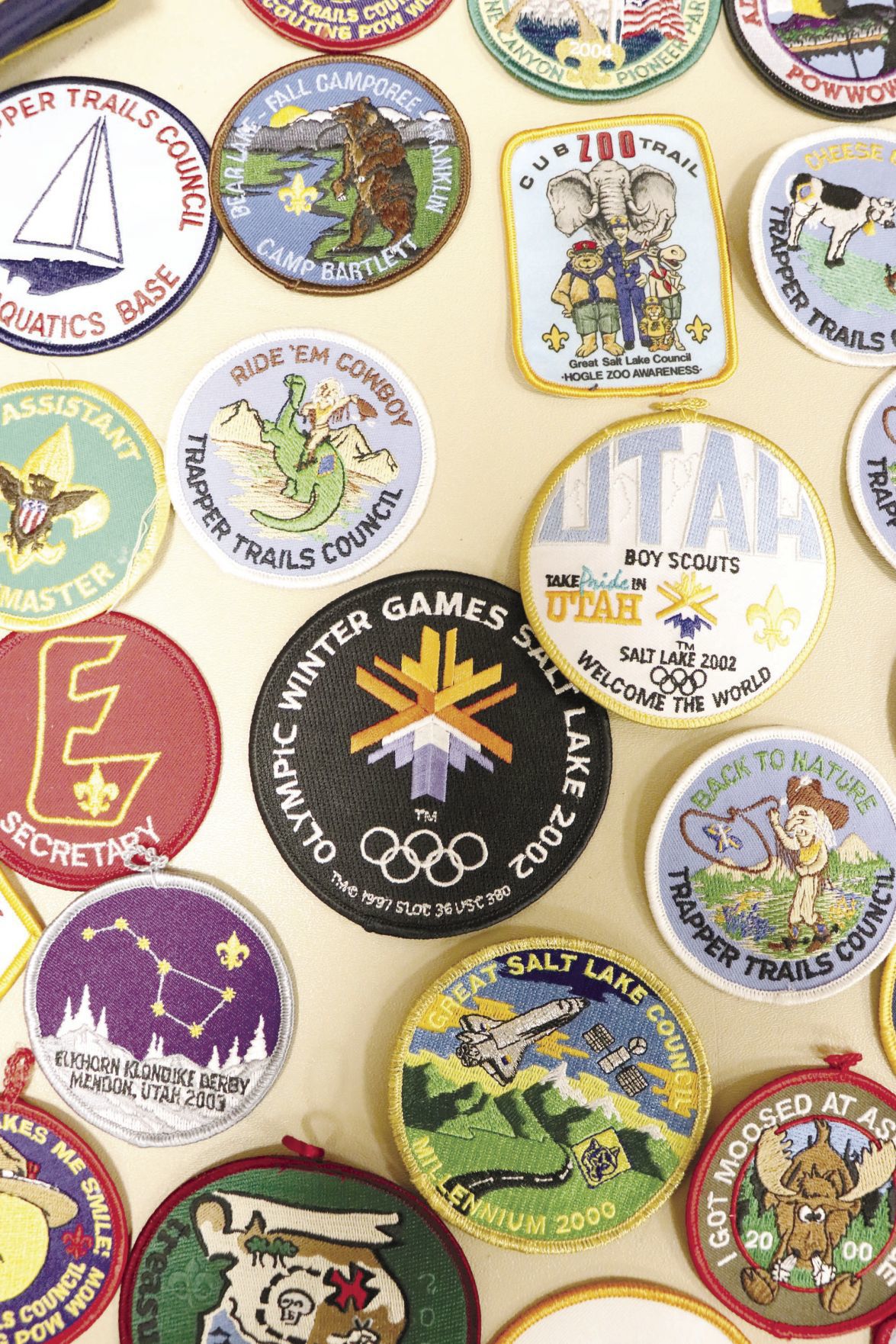 Miscellaneous patches and other memoriabilia are displayed at the final meeting of the Boy Scouts of America Golden Spike District’s final meeting on Thursday, Nov. 14 at the Tremonton South Stake Center.

Miscellaneous patches and other memoriabilia are displayed at the final meeting of the Boy Scouts of America Golden Spike District’s final meeting on Thursday, Nov. 14 at the Tremonton South Stake Center.

The Golden Spike District of the Boy Scouts of America bid farewell to a century of history on Thursday, Nov. 14, but local scout leaders are moving on with the tradition.

Just short of its 100-year anniversary, District Chairman Glen Curits addressed the crowd at a final meeting of the Golden Spike District.

“A major transition is going on in Boy Scouts. The Church of Jesus Christ of Latter-day Saints, who’s a major sponsor of scouting in the Intermountain west, has elected to have a common program for all LDS Church units, and so starting Jan. 1, will discontinue a 107-year experience with scouting,” Curtis said.

“Some people in our area, not understanding that, believe that once the church stops scouting, there is no scouting. That’s hardly true. Scouting is strong in many areas. In fact, even the church in their decision to discontinue it, emphasizes that they support completely the standards, the expectations, of scouting.”

The Golden Spike District held a meeting on Thursday, Nov. 14 for its final Awards of Merit and an ice cream social to recognize that scouting will continue regardless of the fact that the LDS church will no longer be affiliated.

Scout leaders who continue with the program say it will be more energized than before.

“We’re going from a watered down program to a passionate program,” said Paul Fowler, Scoutmaster of Troop 126.

Fowler said the local troop has about 35 scouts as of now and is growing. The new troop covers all of northern Box Elder County.

“One of the differences of community units is the boundaries are not an issue,” Curtis said. “Within the traditions of our valley, you participate in ecclesiastical units. Now we are one unit.”

Scout troops used to meet at LDS meetinghouses, but now will meet at other locations. Troop 126 holds its meetings on Monday evenings at Fowler’s house, just west of the Crossroads intersection in Tremonton, and the Cub Scout pack, led by John and Ilene McMinn, meets at the Garland Armory at 6 p.m. every Tuesday.

“There is a future, and it’s a good future,” Curtis said.