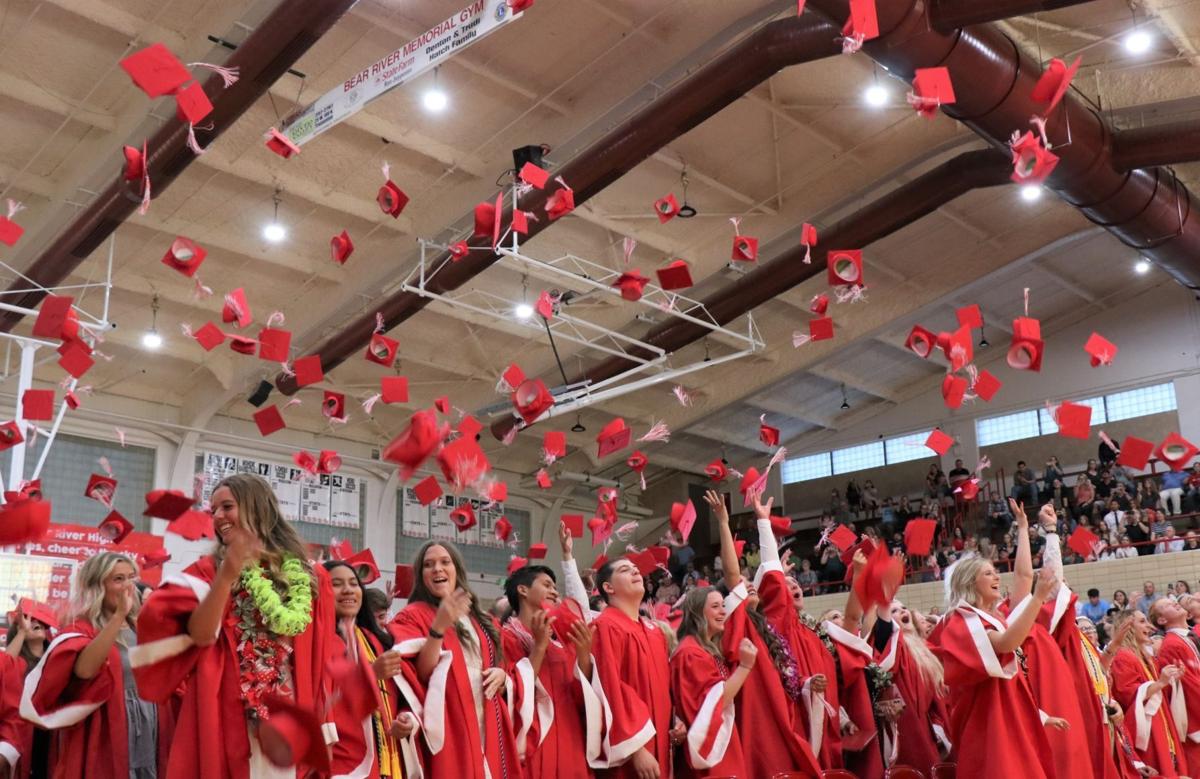 Graduates in the Bear River High Class of 2021 toss their hats in the air at the conclusion of commencement ceremonies Thursday, June 3 in Garland. 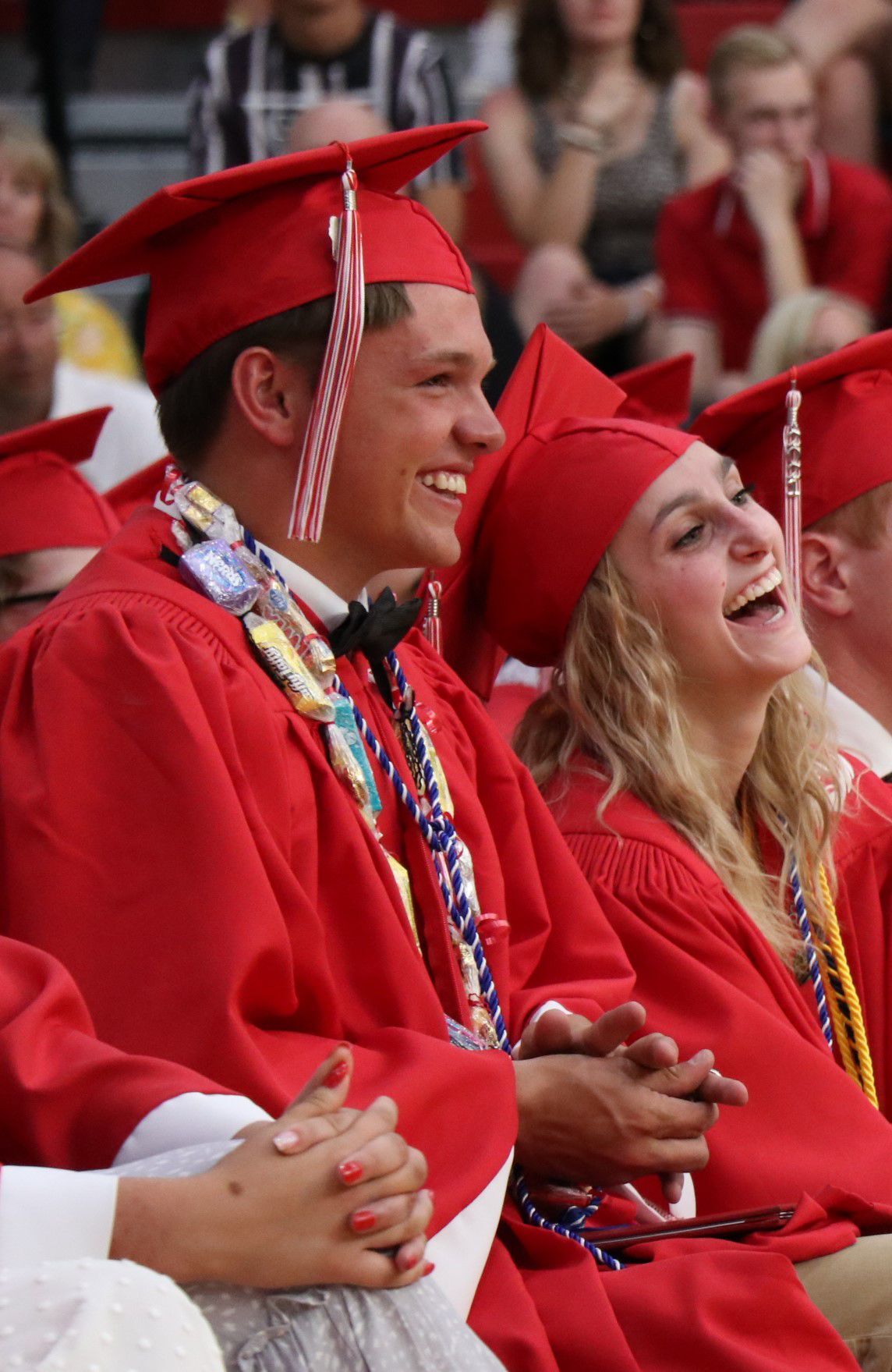 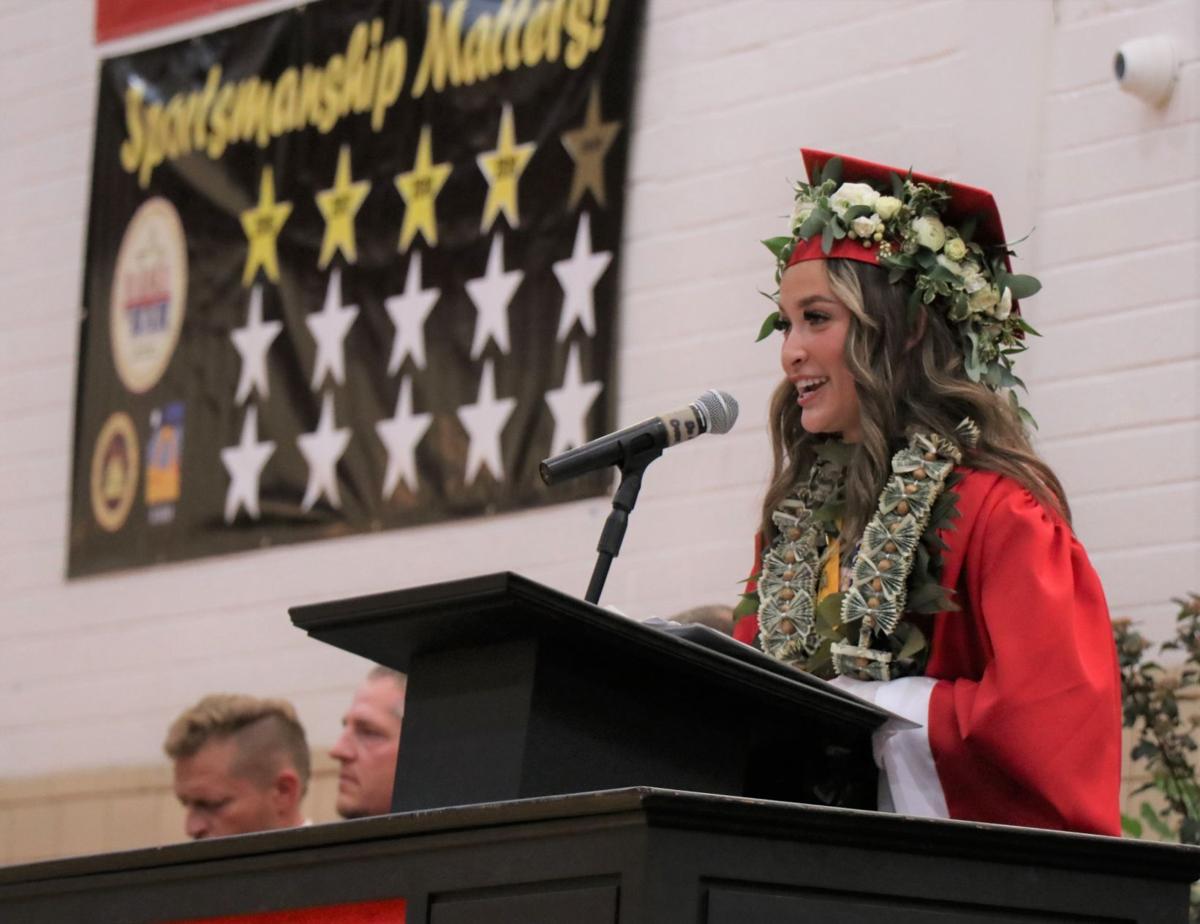 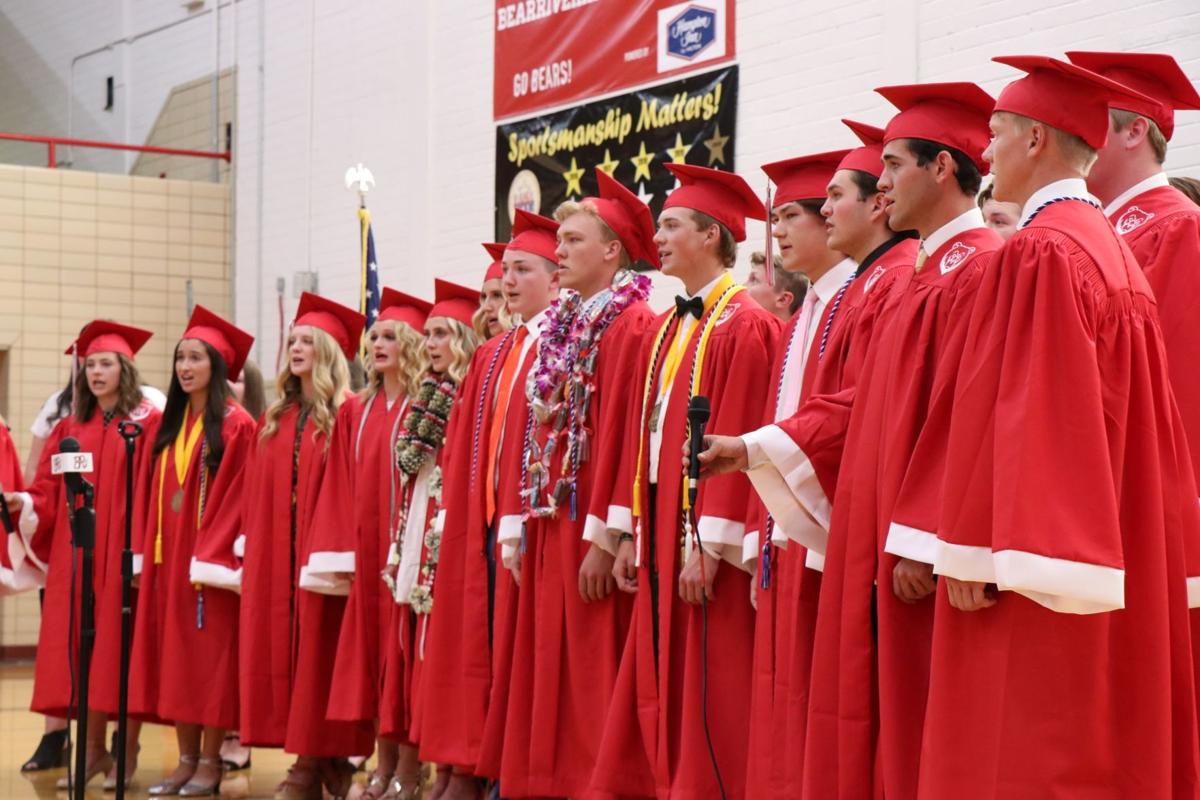 Members of the Bear River Madrigals program perform for the crowd. 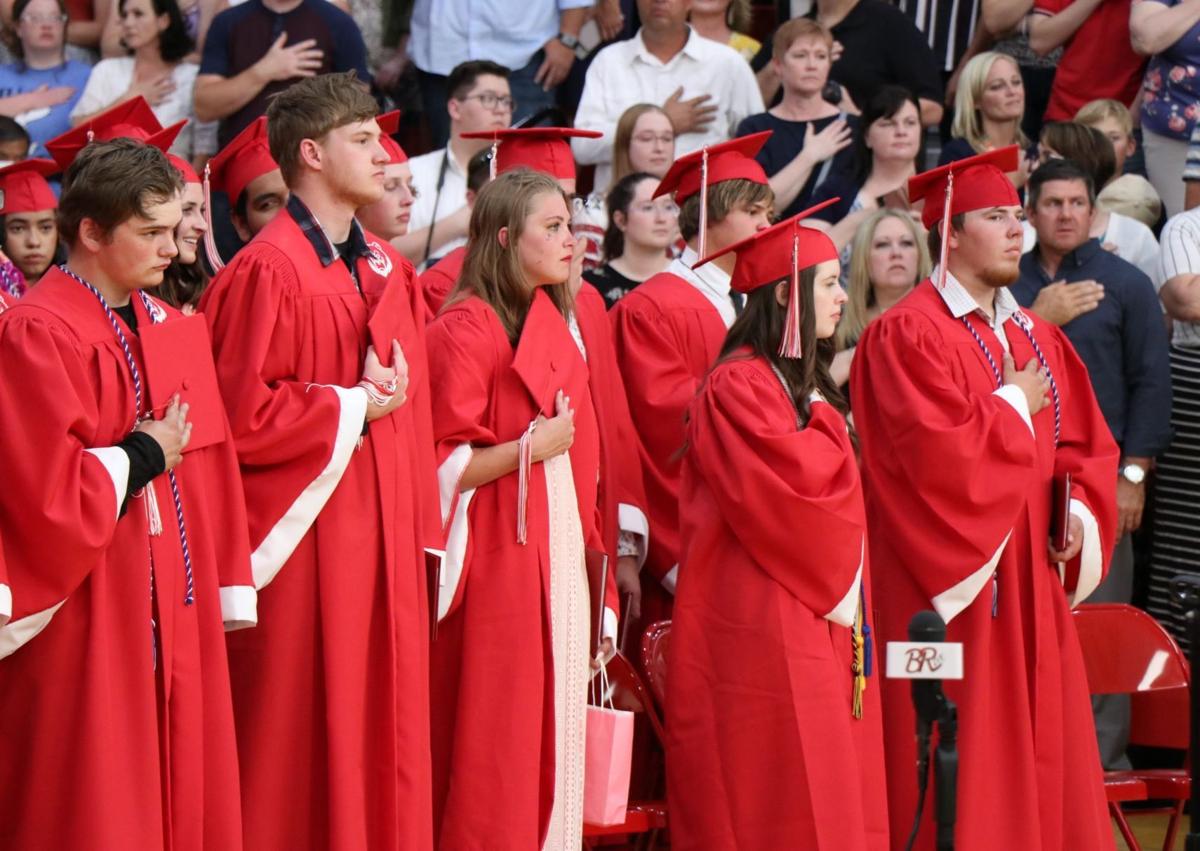 Graduates of the Bear River Class of 2021 stand for the national anthem. 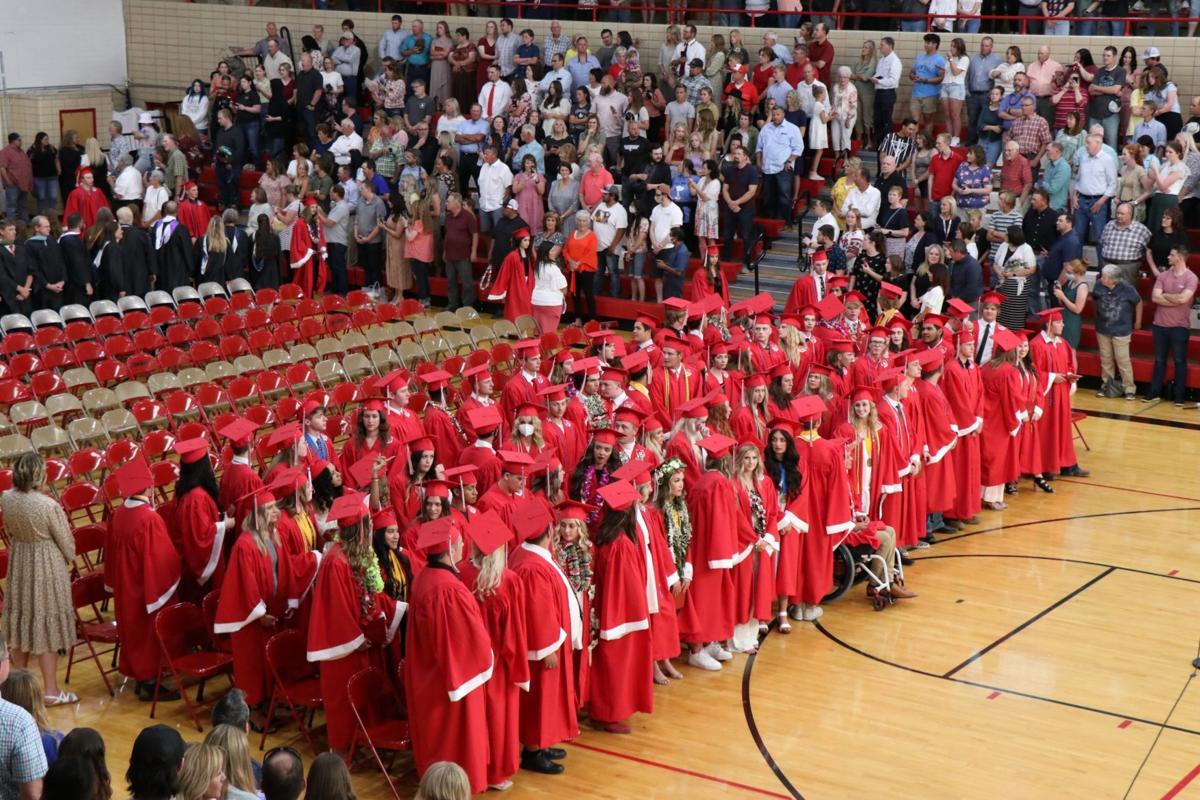 Graduates of the Bear River Class of 2021 file into their seats at Memorial Gymnasium Thursday, June 3 in Garland. 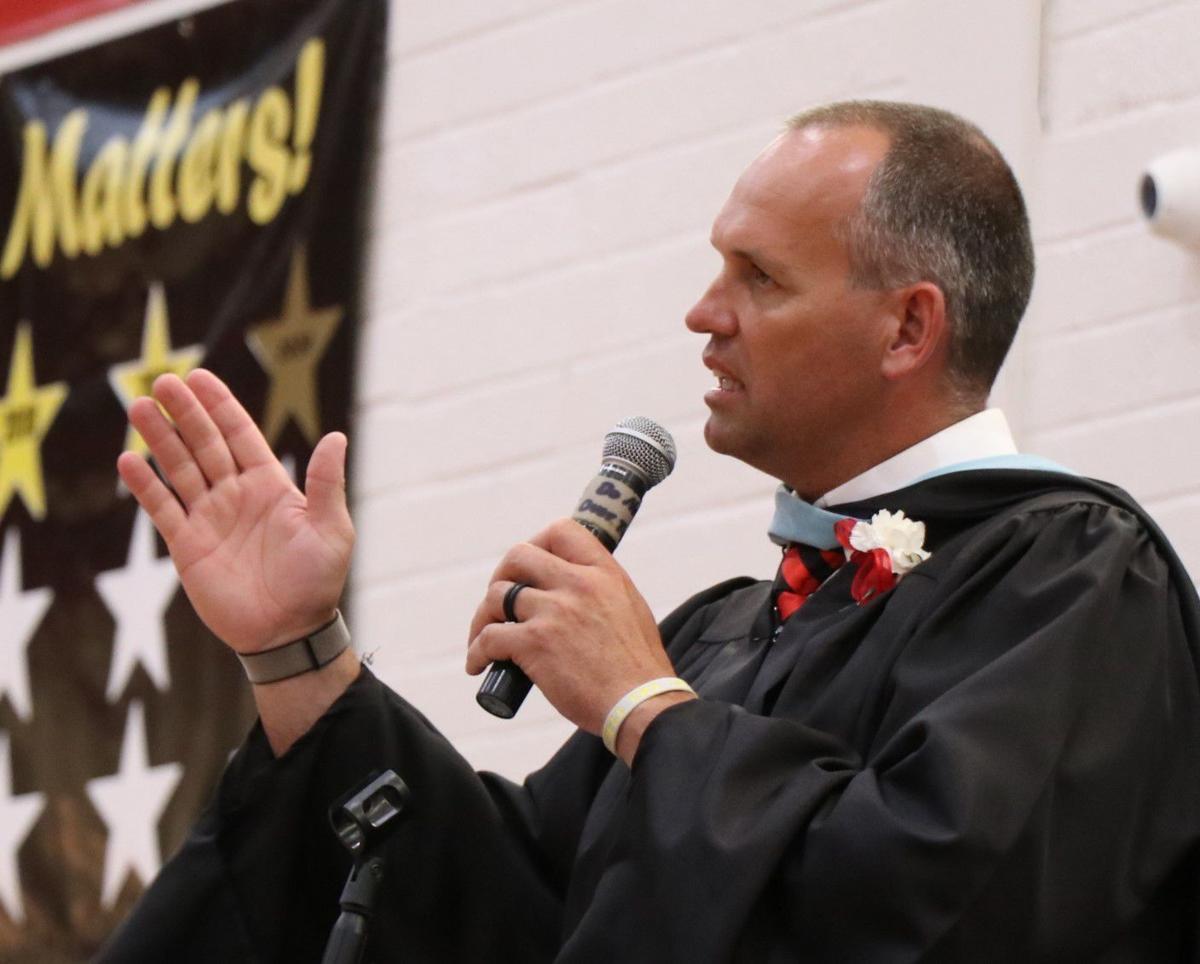 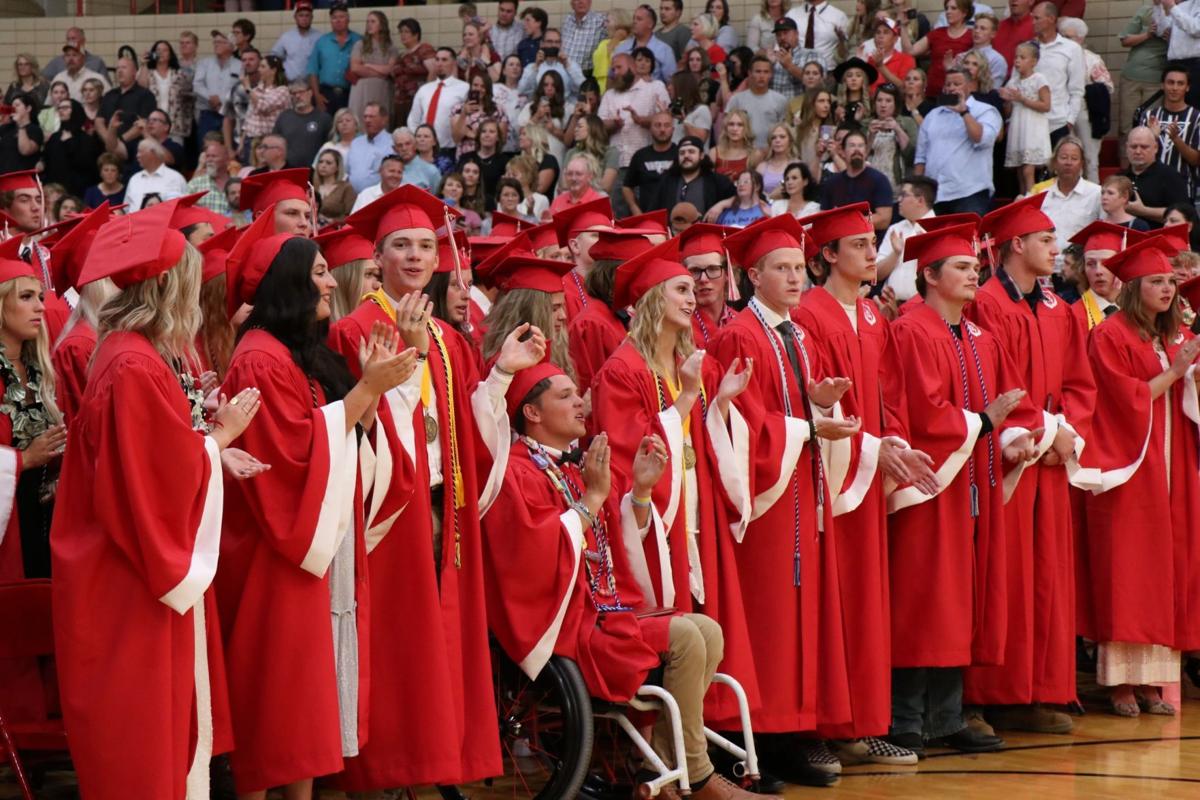 Graduates clap in rhythm at the request of a speaker. 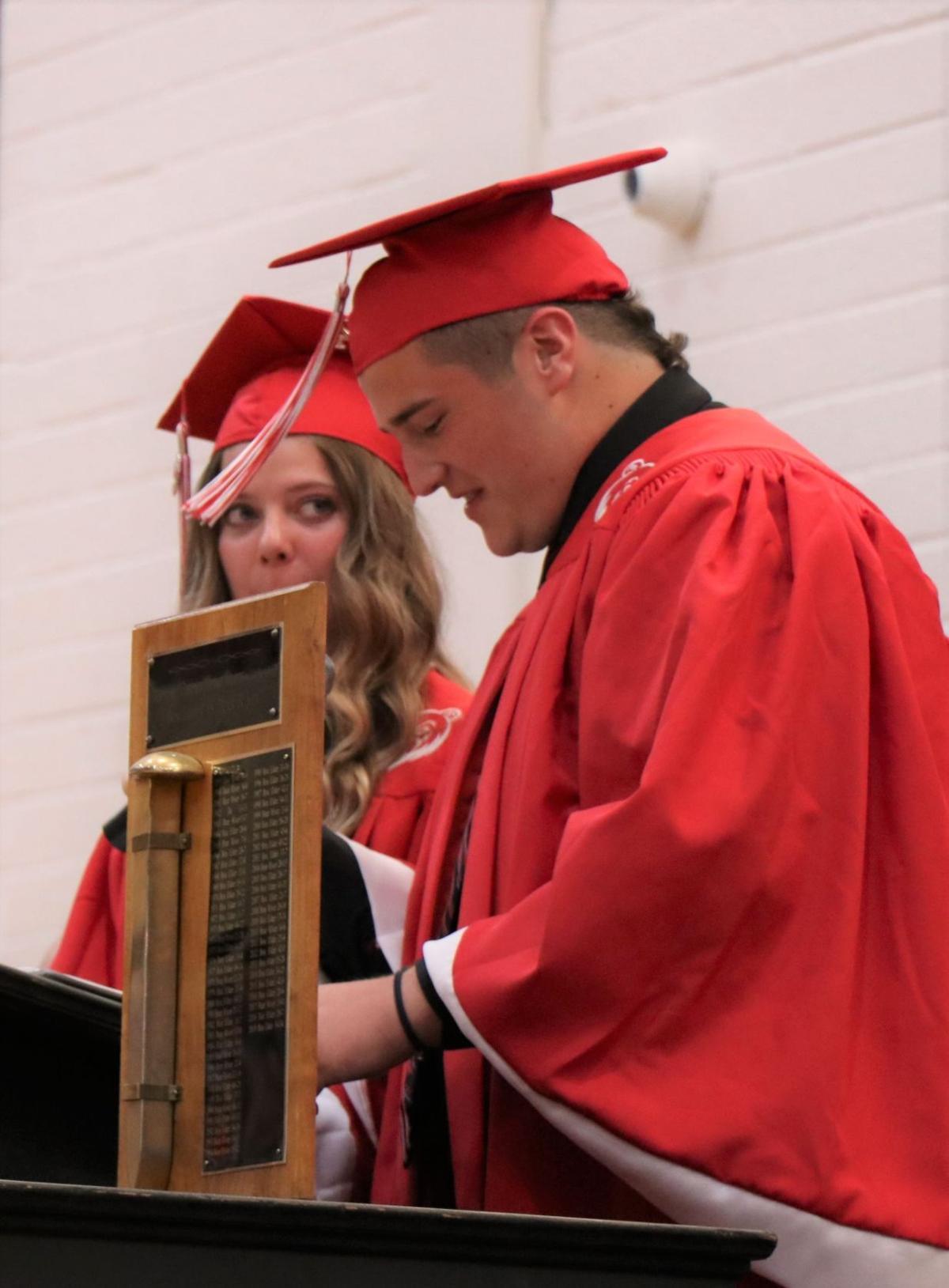 Graduates in the Bear River High Class of 2021 toss their hats in the air at the conclusion of commencement ceremonies Thursday, June 3 in Garland.

Members of the Bear River Madrigals program perform for the crowd.

Graduates of the Bear River Class of 2021 stand for the national anthem.

Graduates of the Bear River Class of 2021 file into their seats at Memorial Gymnasium Thursday, June 3 in Garland.

Graduates clap in rhythm at the request of a speaker.

Members of the Bear River Class of 2021, a group that spent its senior year and longer under a cloud of the most unusual circumstances, gathered for the final time as high school students last Thursday evening to celebrate their accomplishments, laugh and cry together, and absorb kernels of wisdom from some of their leaders as they head into the next chapter of their promising, young lives.

More recent graduation ceremonies have been held at Utah State University, but this time the newly minted graduates convened in a familiar space at Bear River High School’s Memorial Gymnasium, adding to the long list of moments many had already experienced there.

These seniors will be remembered as the class that made it through the COVID-19 pandemic, but the people who helped guide them through it say they are so much more than that.

Longtime teacher and athletics coach Gene Wilcox, who delivered the evening’s keynote speech, said he sees a group that will be noted for its resiliency, and will be better prepared to take the world on because of the adversity and uncertainty they faced on a daily basis.

“I hear all the time that kids these days are on the phone constantly, they’re lazy, they don’t do anything, and I think ‘You know what? If there’s a group of people that’s gonna pull us through, it’s you guys,’” Wilcox told the crowd dressed in a sea of red. “You guys have faced your fears. There’s nothing to be scared of now. Big things are in your future, and I’m proud to be a part of what you guys are and what you’re gonna be.”

First up on the list of speakers was Valedictorian Noelle Meeds, who encouraged her fellow seniors to find and remain on a course that will bring them happiness.

Up next was Salutatorian Tanner Corbridge, who likened graduation and what comes after to a recent experience he had outside of school — learning to ride a bicycle with no hands.

“I’ve been trying to do this for over 15 years, but I’ve never been able to stay steady for longer than a couple seconds at a time,” Corbridge said. “But the other day I got out there and I said ‘this is kind of my last chance, I’m graduating in four days.’ So I tried something new. I tried letting go.”

He said the exhilaration of conquering that fear is a feeling that will guide him, and hopefully his colleagues, as they embark on new challenges.

“When you stop worrying about everything that might go wrong, you open the door to so many amazing opportunities that wouldn’t have been there before,” he said. “You have to throw your arms out wide. You have to let go.”

Senior Class President Baxter Wise, son of football coach Chris Wise and a key member of the football team, also took a turn to offer his perspective on the unusual year. Wise brought with him the Golden Spike trophy, which the team captured last fall by beating Box Elder in the 100th meeting of the cross-valley rival schools.

“Senior year — the one we weren’t sure we were gonna get,” he said. “Let’s just say it wasn’t quite what we expected. For the first time ever, we were excited to come back to school.”

He listed the Bears’ victories over the Bees in several sports, the softball’s teams recent state championship, and other athletic accomplishments.

“This was hardly surprising, though, because every athlete played every game like it was their last,” he said.

Connie Archibald, a Tremonton resident and member of the Box Elder School District Board of Education, told the graduates that “education is the most powerful weapon which you can use to change your life.”

Archibald recounted a recent experience at her own high school reunion, where she kept hearing from classmates that “You haven’t changed at all.

“Each time I heard that, I cringed a little bit because I hoped that I had changed over the years. I hoped I was wiser, kinder, more understanding and more patient. I hoped that I knew more about service, about loving others, and I hoped that I was less self-centered,” she said. “I know that you are stronger, tougher, smarter and more resilient than you were years ago. Keep being intentional in seeking change, and years from now I hope you have a class reunion, and that you are able to recognize and celebrate together the miracle of change.

“You are always one decision away from a totally different life,” she said. “Thank you for making this life decision.”