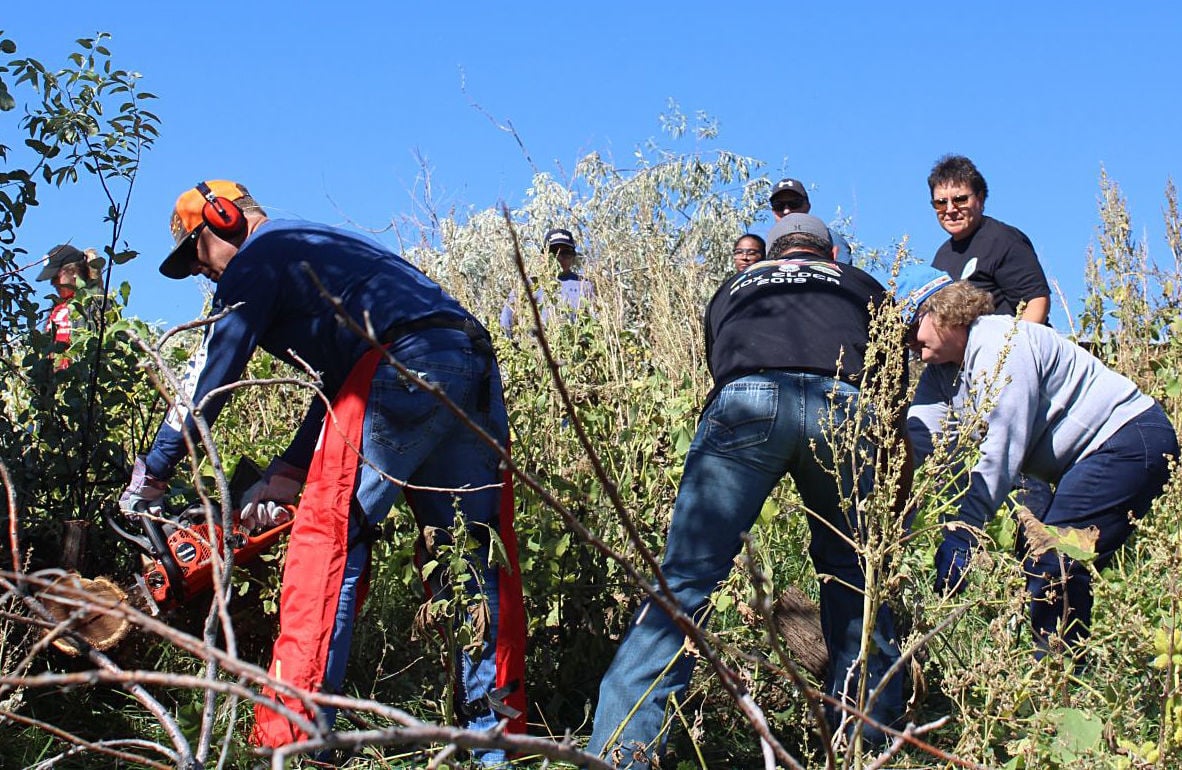 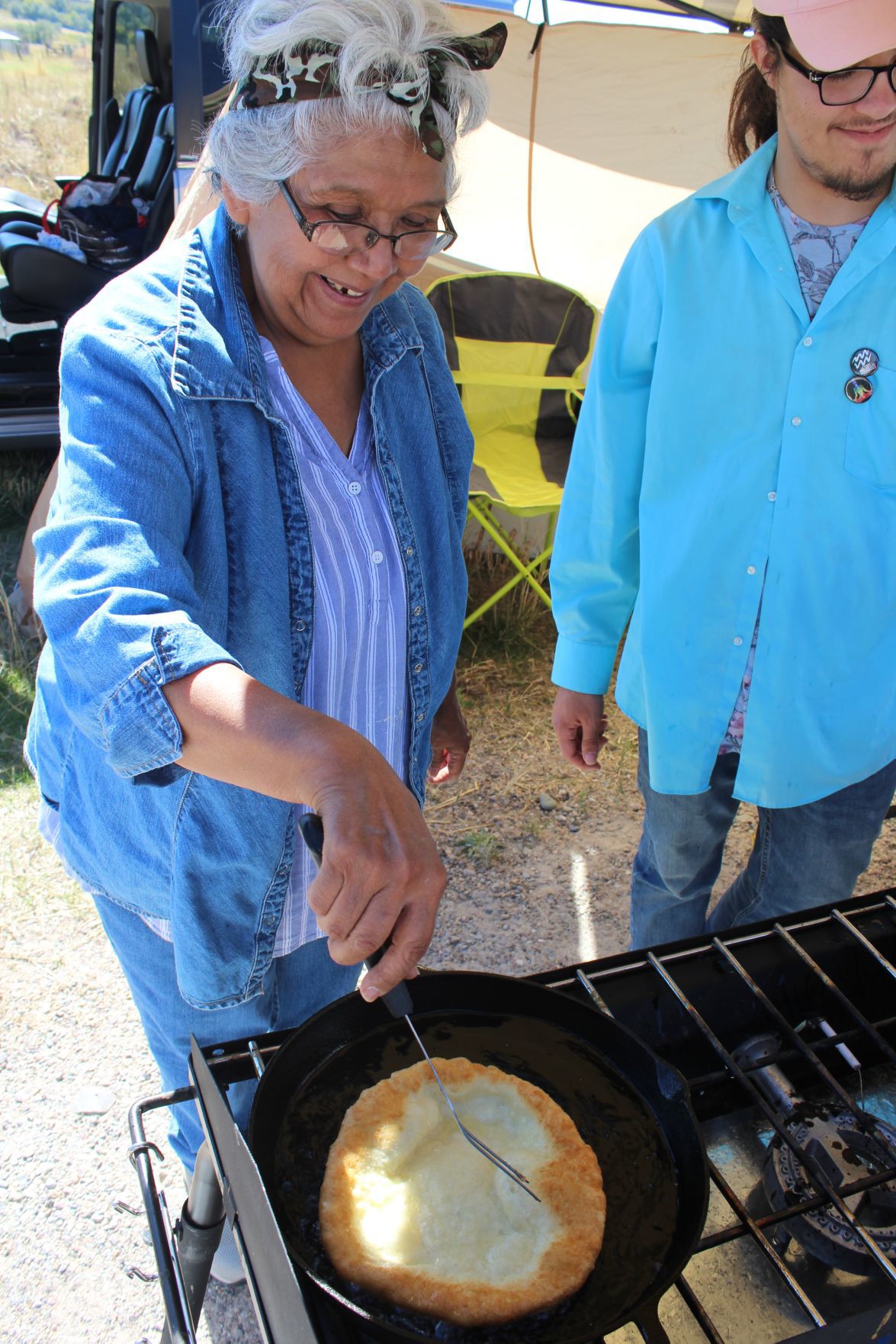 Gwen Davis, secretary of the Northwestern Band of the Shoshone, cooks up fry bread to share with employees of Procter & Gamble at the site of the Bear River Massacre.

Gwen Davis, secretary of the Northwestern Band of the Shoshone, cooks up fry bread to share with employees of Procter & Gamble at the site of the Bear River Massacre.

Almost 100 members of an association of Native American employees of Procter & Gamble waged war on Russian olive tress at the Bear River Massacre Site on Sept. 26.

Their work was one of the group’s service projects conducted annually somewhere around the country near one of Procter & Gamble’s plants — in this case, the company’s Box Elder County facility near Bear River City.

Founding NAILT member Bill Armstrong, of Brigham City, made the organization aware of the Northwesten Band of the Shoshone Nation’s efforts to restore the foliage of the Bear River Massacre site to native plants. NAILT decided the project was a fit and arrangements were made, said Jeff Backer, a Global Business Services Finance Manager for Procter & Gamble based in Cincinnati, Ohio.

Backer, a long-time member of the P&G’s Native American Indian Leadership Team, said the day of service is the favorite part of several days of activities sponsored by P&G once a year for NAILT.

The group had spent two days in Box Elder County before coming to Preston, touring the company’s plant there and conducting leadership training and team-building activities.

NAILT has conducted service projects for the last seven years, said Backer. Some of the other projects were helping a family clean up and repair their home in Wisconsin, refurbishing a school in Louisiana, rebuilding powwow grounds in Oklahoma, and cleaning up wetlands in Arizona for the Pima Maricopa tribe.

“We are fortunate the company has been super supportive of doing this work. They give us a lot of autonomy to find where opportunities are and go after them,” said Backer.

The group represents Native Americans from 20-25 tribes across the United States who work at Procter & Gamble’s plants in from Massachusetts to California and Wisconsin to Georgia.

“We are a proud family of Natives who are trying to improve the lives of our employees so they can bring their full selves to work, bring their passion to work and support their communities,” said Backer.

“One of the biggest things about Native American culture is providing a sense of community. Family is very important. I wanted to join the group to have that family sense away from home but also to give that sense of support to others. It’s grown to a really great thing that we can give back to the community and that drives my participation,” said Allyn Kauffman, who has been a member of NAILT since 2008.

“This is another one of the projects where our team gets to learn about the local community, culture and give back. That’s what’s great. We’re here to help the Shoshone kick off construction of their interpretive center,” said Original NAILT member Shaun Howard, of Cincinnati. In addition to cutting down Russian Olive trees, the group manicured the area around the monument.

“What a blessing they’ve been. They were awesome,” said Darren Parry, chairman of the Northwestern Band of the Shoshone Nation.

To help share the tribe’s story with the group, Parry explained the tribe’s history and the story of the massacre with the group. His cousin, and fellow council member, Micheal Gross performed two of his original songs for the group during their lunch break. One of them has been nominated for a Native American music award, the other was written about the massacre.

That sharing of history and culture is a highlight for some of the participants.

Michelle, of Wisconsin, enjoyed “meeting with people and working with different tribes,” but said that “the history of the different tribes is important to me because that is all we have to share with our kids.”