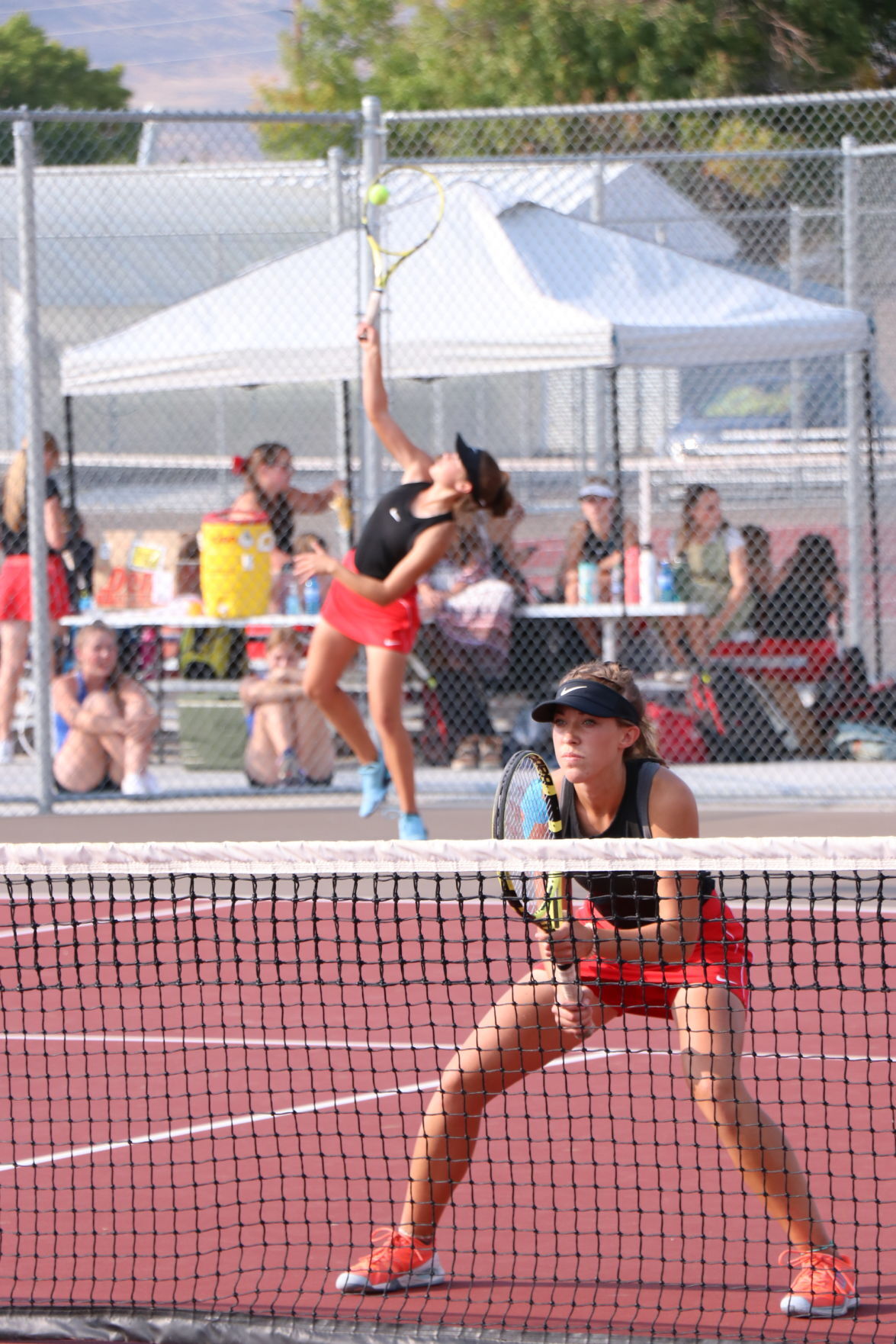 Bear River’s Carisa and Shannon Epling play in a doubles match against Sky View Thursday, Sept. 24 in Garland. The Eplings won the match, 6-1, 6-1, helping the Bears to a 3-2 team victory. 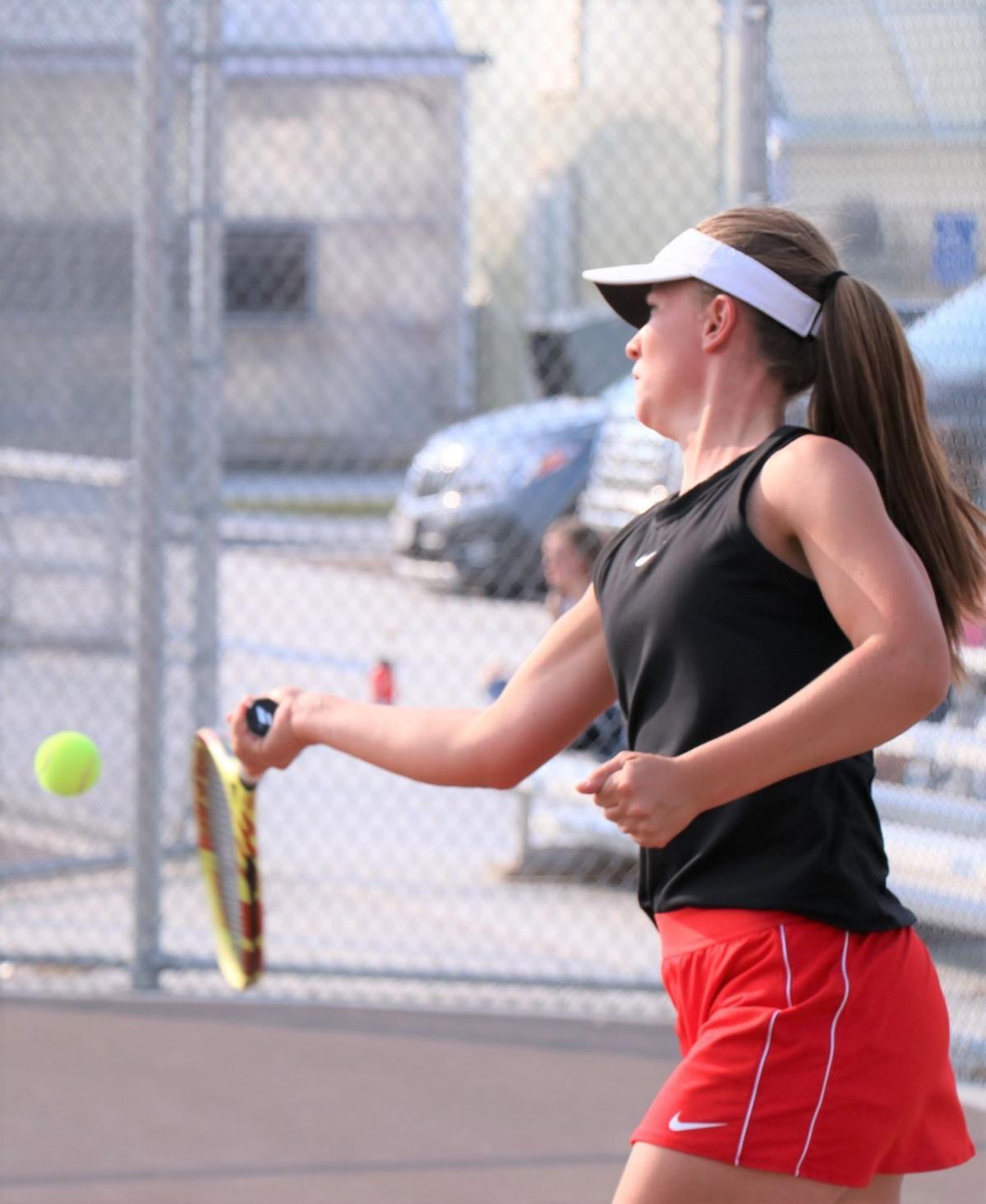 Bear River’s Carisa and Shannon Epling play in a doubles match against Sky View Thursday, Sept. 24 in Garland. The Eplings won the match, 6-1, 6-1, helping the Bears to a 3-2 team victory.

The Bear River girls’ tennis team completed a season sweep of Sky View last Thursday, taking two singles wins and another in doubles while hosting the Bobcats in Garland.

Meanwhile, the Bears’ sister tandem of Carisa and Shannon Epling cruised to a 6-1, 6-1 win over Alijah Thedell and Saydee Godfrey. While the end result was the same, this contest looked much different from an identical first doubles matchup in Smithfield on Sept. 8, when the Eplings had to rally after losing the first set to Thedell and Godfrey. They went on to take the next two sets in extra games.

That match took 34 games to produce a winner, while last week’s rematch was over in 14.

In the second doubles match, Bear River’s Jessa Carlson and Brooklyn Francom lost to Sam Johnson and McKenna Morrison. Carlson and Francom looked strong in taking the first set 6-1, but Johnson and Morrison came back for the win with back-to-back 6-3 sets.

Thursday’s win was much needed for the Bears, who had lost 4-1 to visiting Green Canyon earlier in the week. Even the seemingly invincible Olsen faced some adversity on Tuesday, dropping the first set to the Wolves’ Alli Phillips before staging a comeback win for Bear River’s only victory of the day.

Up next, it’s already time for the Region 11 championships, which will be held today and Thursday at Green Canyon in North Logan.