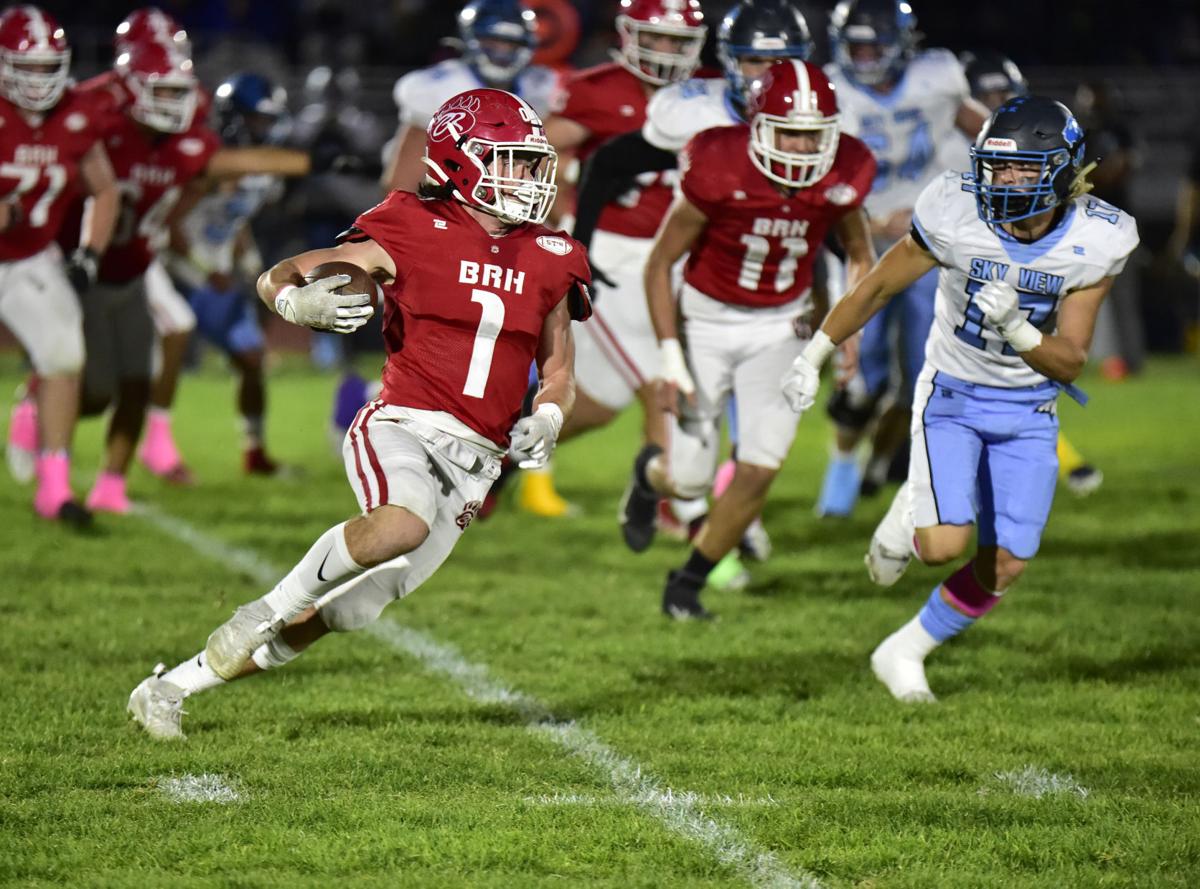 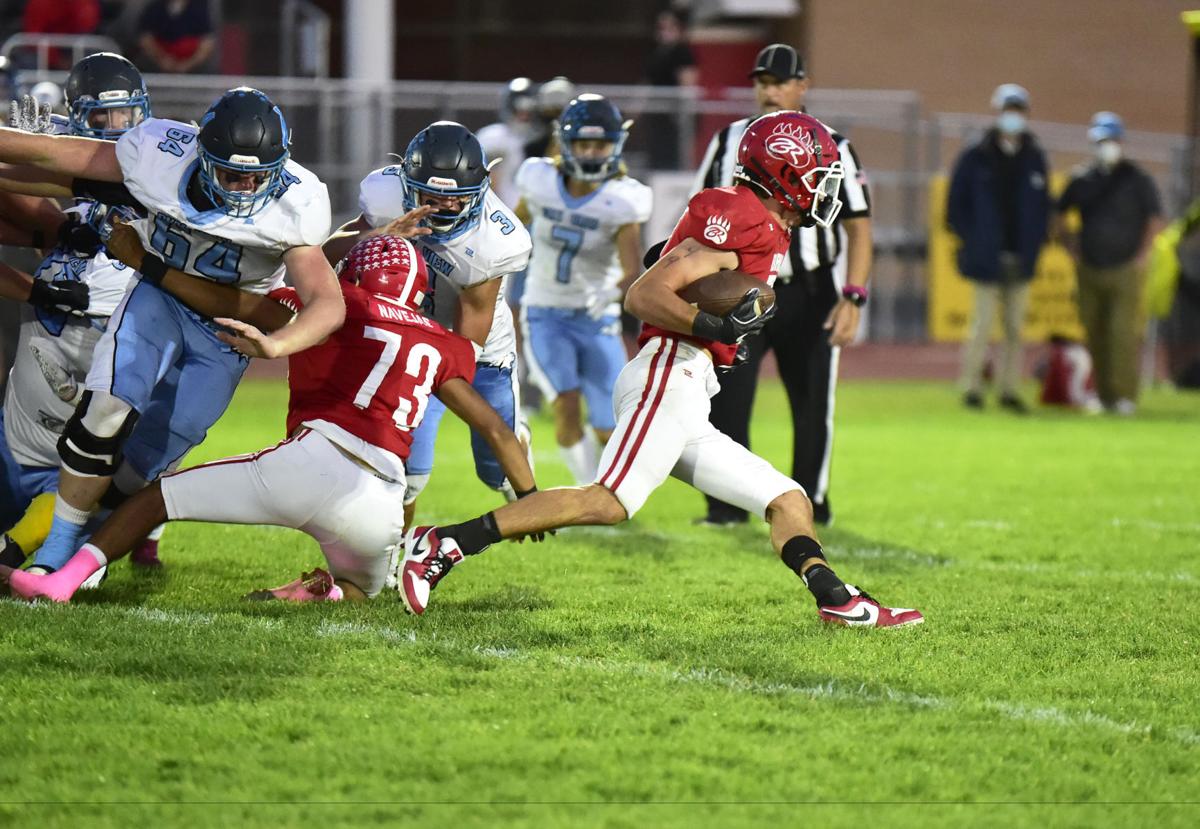 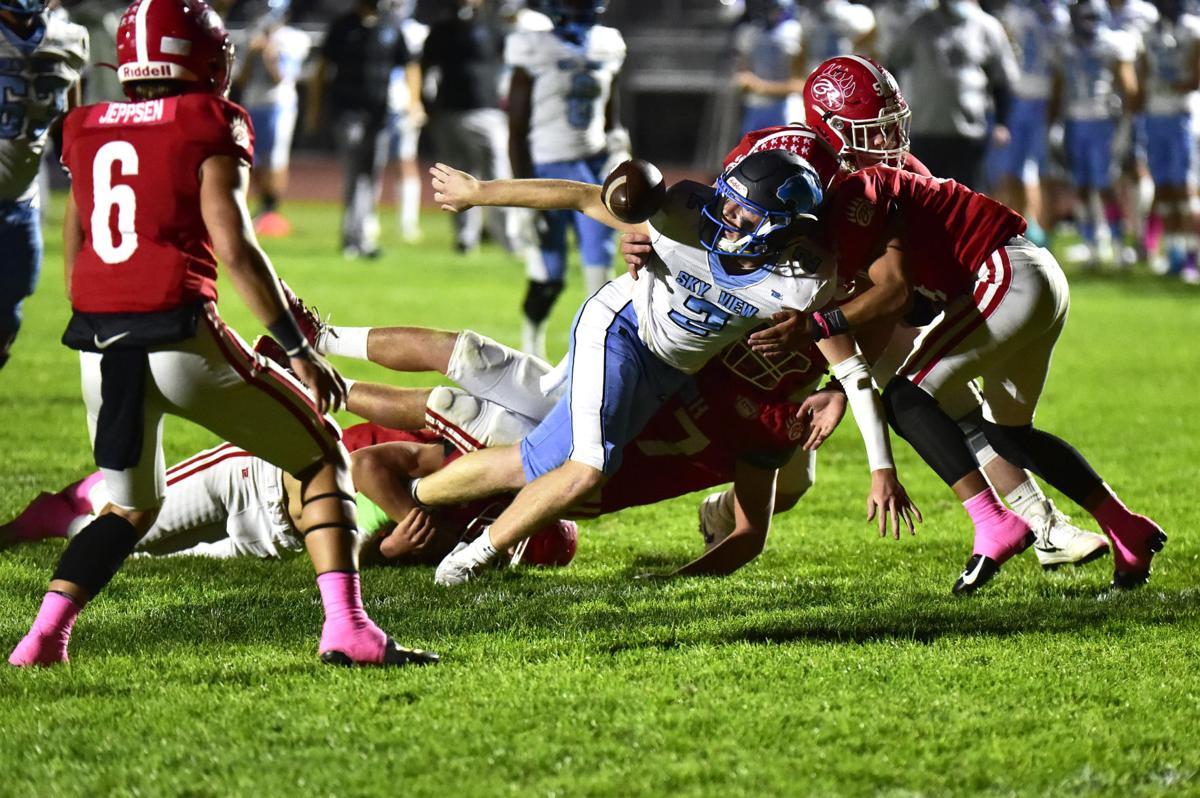 The Bear River football team knew it was facing a tall task in its final home game of the 2020 season, hosting a Sky View team that hasn’t lost a region game in more than four years and came to Garland riding a 20-game winning streak dating back to last season.

The Bears fought valiantly against the defending Region 11 Bobcats, but the visitors’ powerhouse offense proved too much to overcome as Sky View continued its unbeaten streak in claiming the region title once again, winning 35-20 on Friday night.

Running back Kace Jones once again carried the load for Bear River, totaling 69 yards and two scores on the ground for the evening, while Chance Udy added 39 yards rushing and a 30-yard touchdown reception. Quarterback Josh Payne completed 10 of 22 passes for 136 yards, including the touchdown pass to Udy, but also threw an interception. The Bears gained 246 yards of total offense.

The Bobcats began the game with a bang on their first offensive possession of the game. Carlsen hit wide receiver Samuel Thatcher for a 40-yard gain. Carlsen would eventually score from four yards out on a fourth-and-one play.

The hosts responded with two explosive pass plays, the second coming on the scoring play from Payne to Udy. The extra point was missed.

In the second quarter the Bobcats reached paydirt twice in less than two minutes. Larsen brought back a punt to the house from 58 yards out. After forcing Bear punt, Sky View needed just two plays to go 60 yards with Collins busting free up the middle for a 38-yard score and a 21-6 lead.

Bear River pulled within 21-12 just before halftime with an 8-yard TD run by Jones.

Sky View took control in the third quarter. The Bobcats took the kickoff and ate up nearly six minutes off the clock in driving 89 yards in 13 plays. Saxton caught a 19-yard TD pass from Carlsen to give the visitors a 28-12 lead.

After a short Bear River punt, the Bobcats drove 35 yards. Collins picked up his second TD of the night, this time from four yards out to give Sky View a 35-12 lead.

The Bears scored early in the fourth quarter on another run by Jones and converted the two-point conversion to make it interesting for a few minutes. However, they failed to convert a fourth-and short play on their next drive, and an interception ended the home team’s last chance at a comeback.

“This is a tough environment and those kids (at Bear River) are really tough,” Sky View head coach Christopher Howell said..

The loss dropped the Bears to 1-4 in region play and 4-5 overall. They finish up the regular season today in a nonconference game at Timpview, after which they will wait to learn their playoff fate.