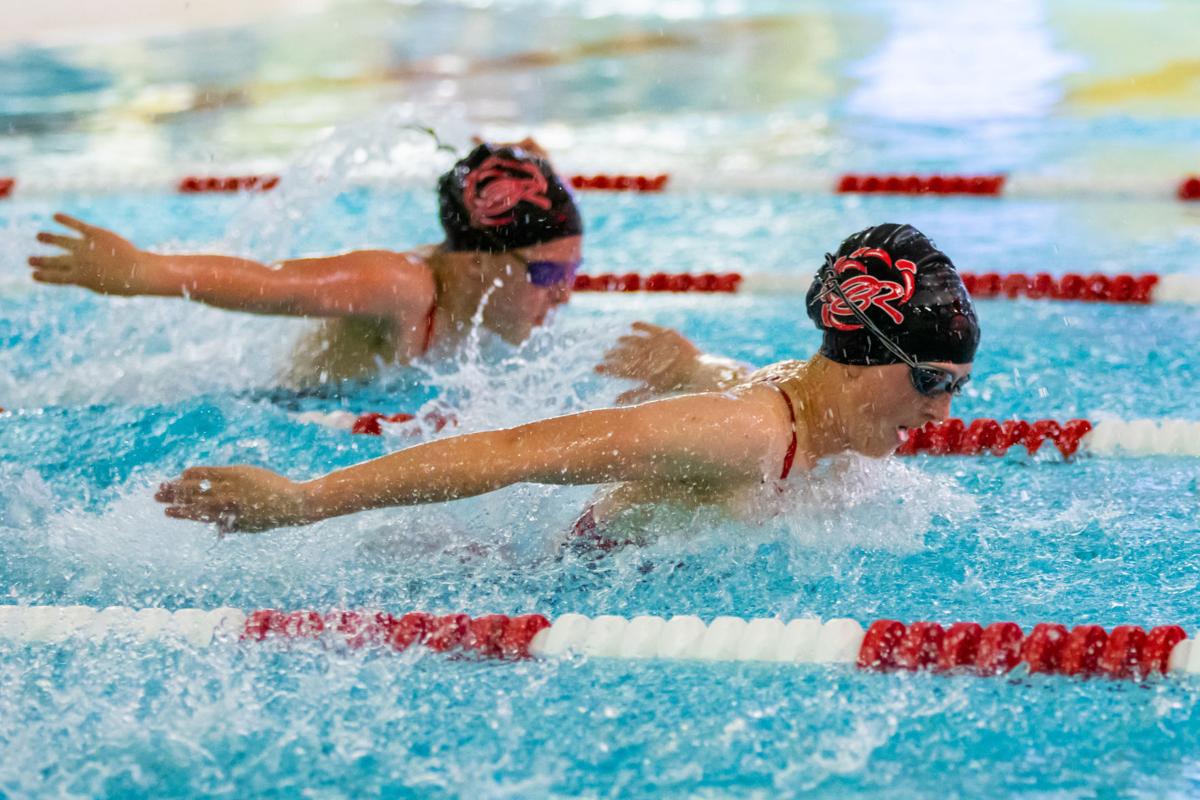 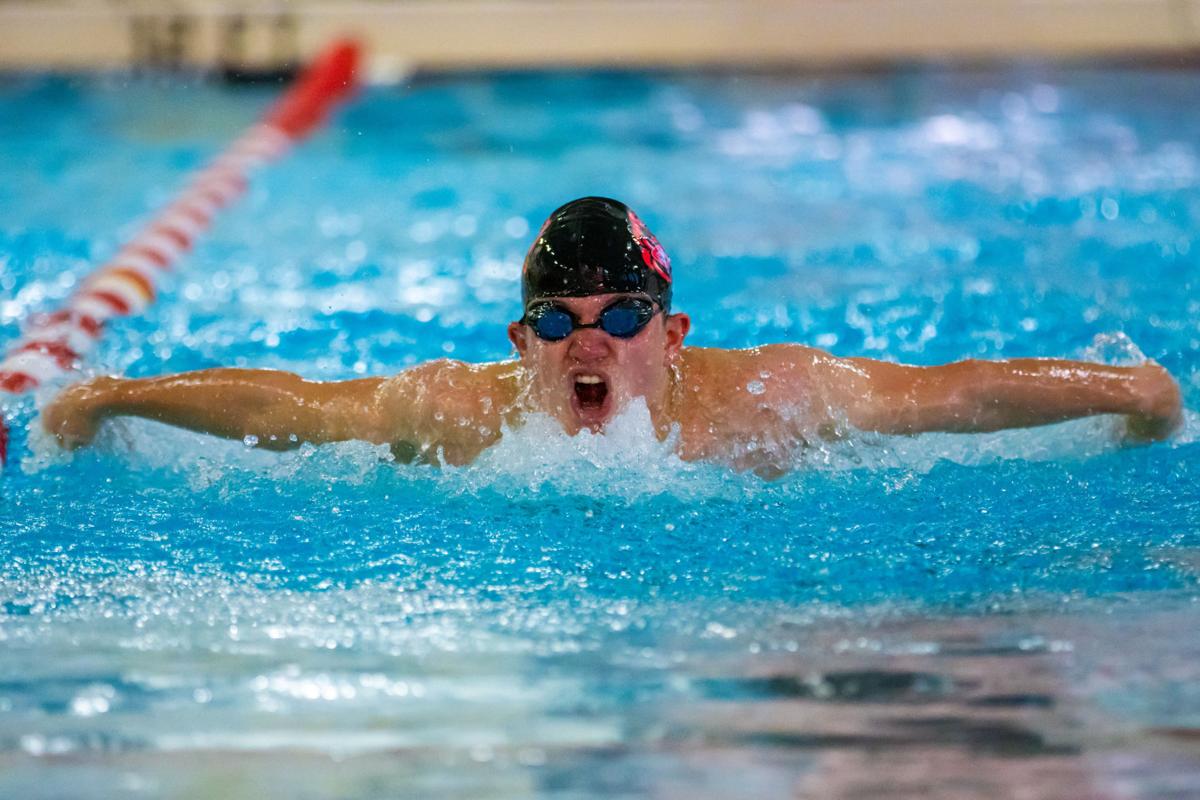 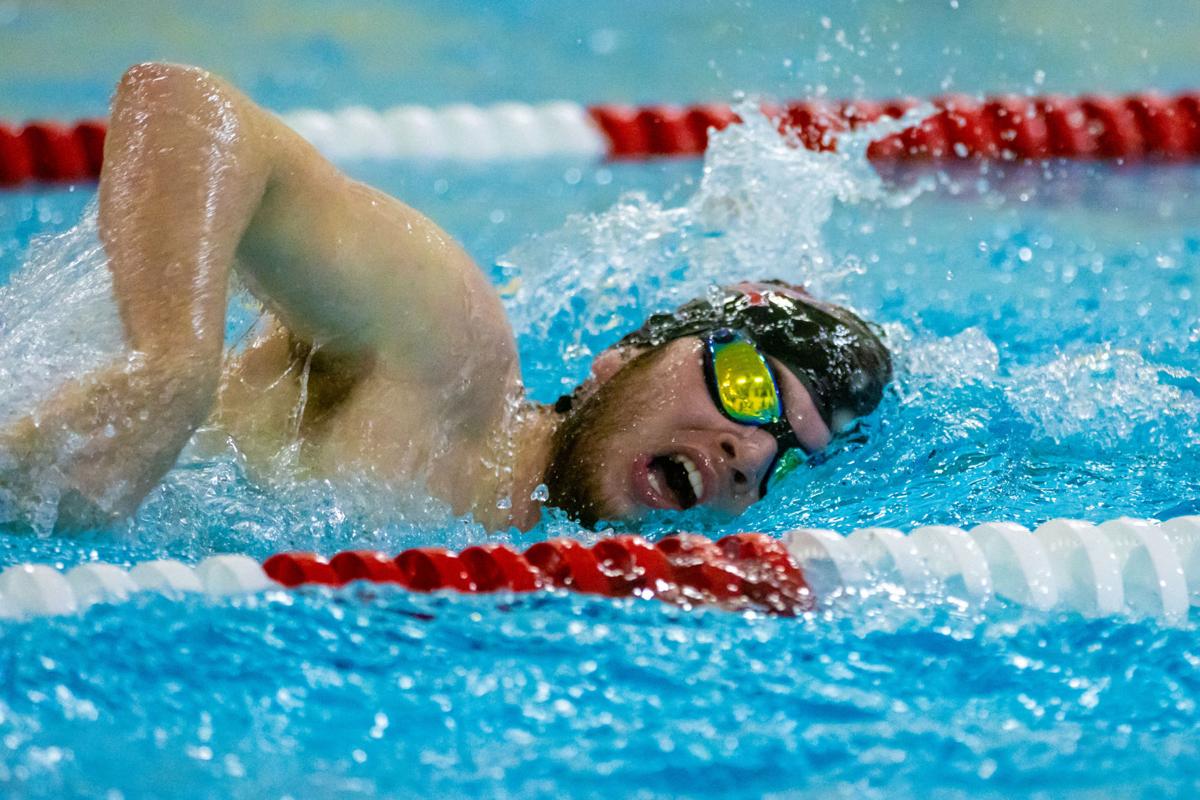 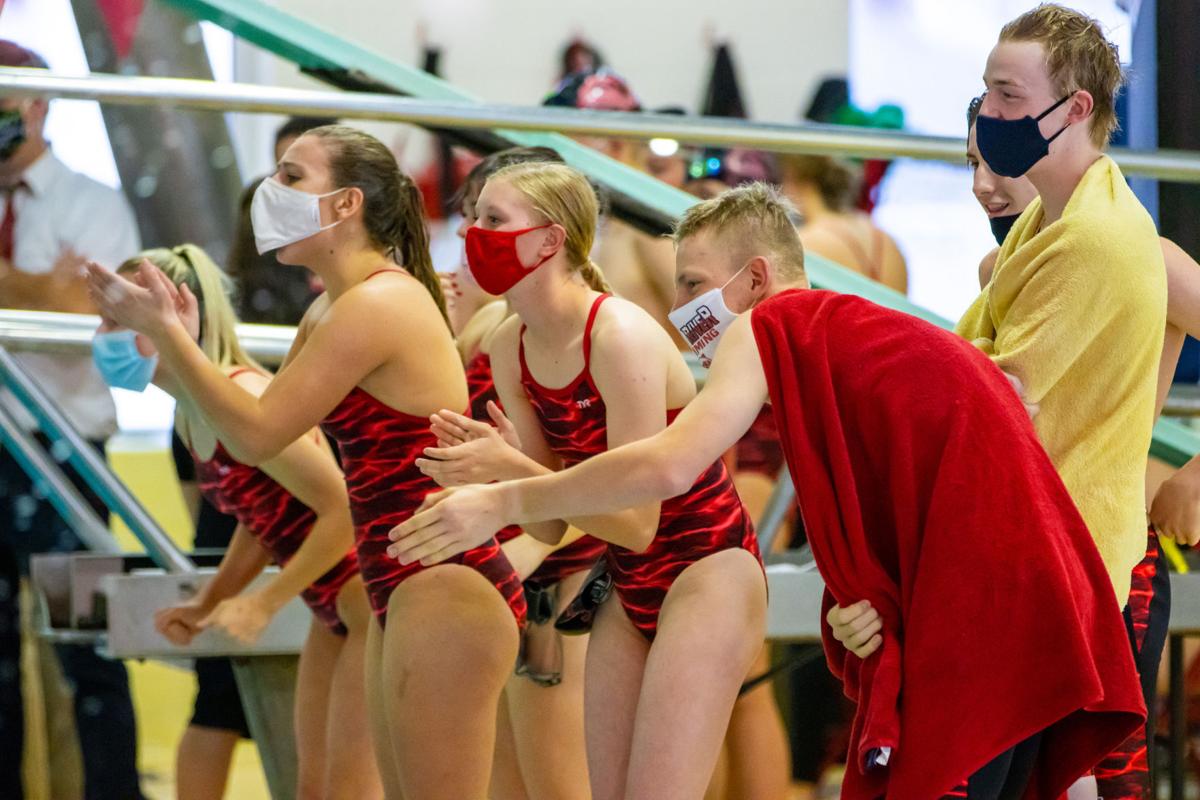 Bear River High swimmers cheer on their teammates in a meet against Green Canyon Thursday, Dec. 17 in Garland.

Bear River High swimmers cheer on their teammates in a meet against Green Canyon Thursday, Dec. 17 in Garland.

The Bear River boys and girls swim teams wrapped up the 2020 schedule last week, coming away with losses on both sides in a home meet but earning several strong individual and team finishes in the process.

The Bears hosted Green Canyon last week in a Region 11 coed meet on Thursday, Dec. 17. The visitors won convincingly on the girls’ side, 120-50, while the Wolves came away with a narrower victory in the boys’ competition, 94.5-74.5.

While the overall team scores favored Green Canyon, Bear River swimmers came away from the meet with some individual wins, led by Madyson Mickelsen for the girls. Mickselsen won the 100-meter butterfly (1:16.20) and backstroke (1:13.21) races. Also taking a gold for the Lady Bears was Melodie Anderson in the 100-meter breaststroke.

On the boys’ side, Hayden Swain-Schmit won the 100-meter backstroke (1:15.71), with teammate Garrett Griffin close behind in second place (1:16.03). Jefferson Kowallis had a strong showing, winning the 100-meter breaststroke and taking second in the 200-meter IM. The Bear boys also won the 400-meter freestyle relay (4:29.75).

The Bears had several other silver and bronze finishes on the day in both boys’ and girls’ competition.

Thursday was the last scheduled meet of 2020 for the Bear River swimmers, who are slated to host Logan on Jan. 7 when they resume competition in the new year.