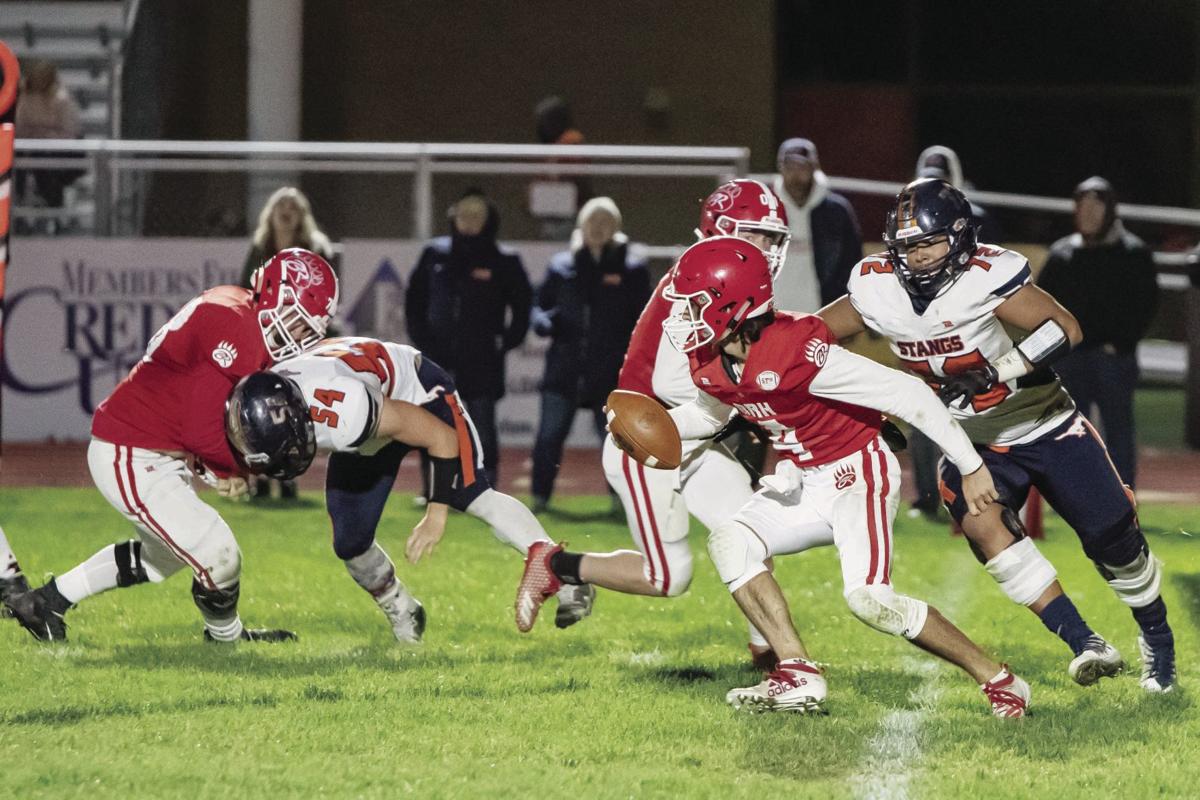 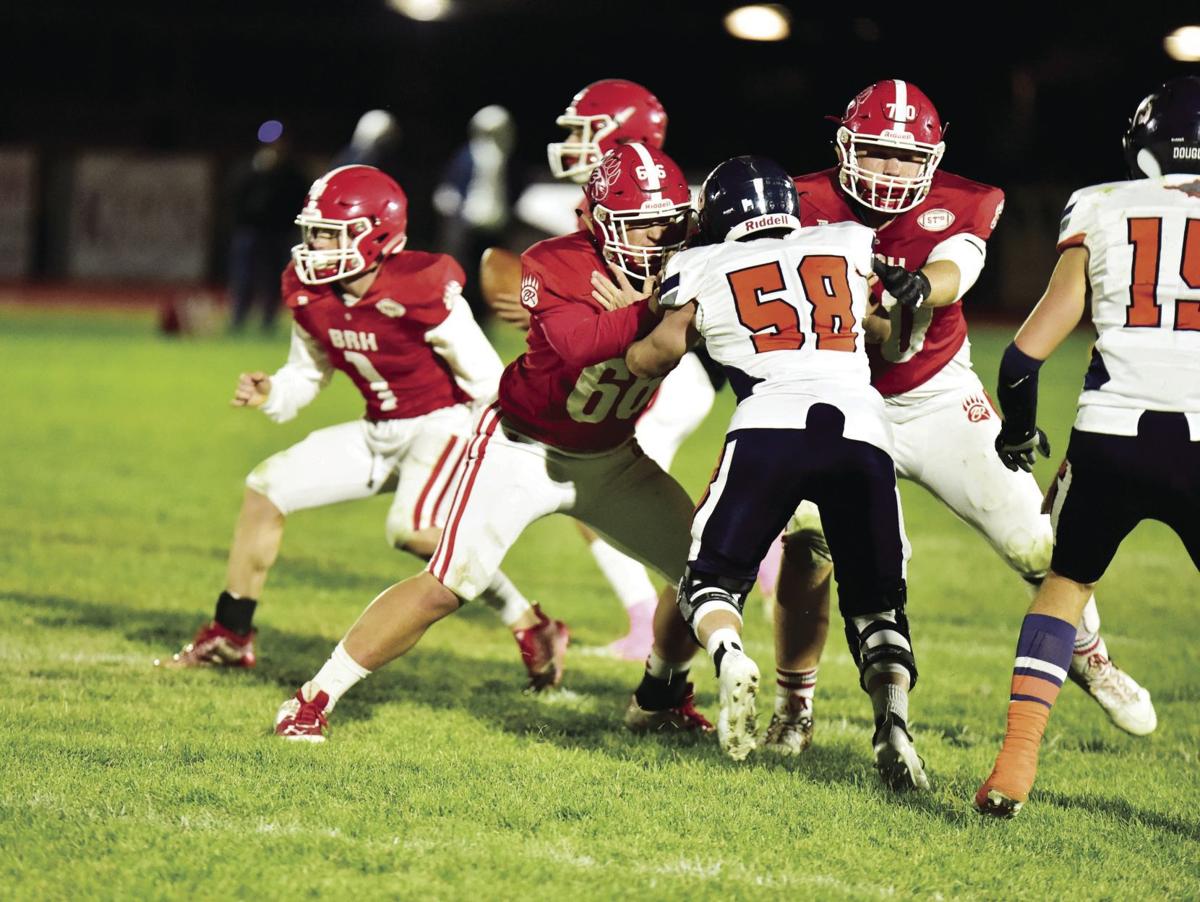 The Bear River football team came up short, in a 16-6 defensive loss to the Mountain Crest Mustangs on Friday. The Bears will now head to Smithfield to finish their region schedule with the Region 11 leaders, the Sky View Bobcats. The Cats are coming off a 42-14 thumping of Logan, and are currently ranked No. 1 in the 4A state rankings.

In the Mountain Crest game, both teams were boasting stout defenses, with suspect offenses. The game did not disappoint, as the defenses ruled the game. The “Stangs” were the first to score, when a high snap got away from Bear River’s punter, Wyatt Shaeffer. Shaeffer hustled to pick up the errant ball, but fumbled as he was tackled and the Mustangs recovered the ball in the end zone for a touchdown.

Bear River’s defense was up to the task, but struggled with the containment of Mountain Crest halfback, Hunter Schroeder. After some big runs, the Bears were able to stop Schroeder, and Mountain Crest settled for a short field goal, giving them a 9-0 first quarter lead.

The Bear offense struggled in the first half, but the defense was up to the task. Kace “Bucket” Jones played another spectacular game from his inside linebacker position, and was able to stop Schroeder on multiple occasions, derailing Mountain Crest drives. Corbin Kierstead recovered a fumble to thwart Mountain Crest’s offensive series. When the halftime horn sounded, Mountain Crest was leading 9-0.

In the second half, the Mustang offense finished a methodical drive with a short touchdown run. The score gave the Mustangs a 16-0 edge. With the Bear offense in hibernation on the cold, windy night, Bear River Head Coach Chris Wise switched Ren Fonnesbeck to quarterback and put Josh Payne into flanker position. The move sparked the Bear offense, but they still struggled with picking up first downs and the Mountain Crest pass rush was relentless. With just under nine minutes left in the fourth quarter, Bear River quarterback Ren Fonnesbeck made one of the plays he is becoming famous for. While dropping back, Fonnesbeck was scrambling and trying to find a receiver. He took off, evading the first wave of Mountain Crest pass rushers. After outsprinting the Mustang defenders, Fonnesbeck juked a pursuing linebacker, sidestepped a cornerback and ran over the safety going into the end zone. The spectacular run covered 60 yards and breathed life into the game. They missed the two-point conversion, and the Bears needed two scores for the victory.

The Bear defense was able to get stops on two consecutive series, but the offense was never able to get any traction. When the game finished, the Bears were 16-6 losers to Mountain Crest.

The Bears now have the unenviable task of facing Sky View in Smithfield on Friday. Sky View will look to wrap up the region title with a win, and protect their No. 1 ranking in 4A.

The Bears will have a short turnaround when they face Clearfield at home on Wednesday, Oct. 16. The fall break game will be the last home and regular season game.