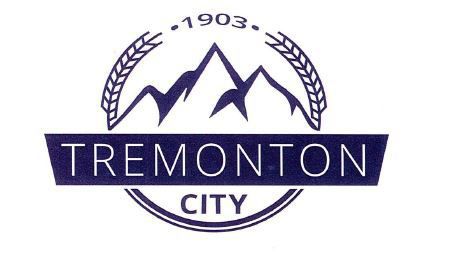 Following the successful merging of the Tremonton and Garland police departments earlier this year, the two cities are now looking at the possibility of combining their justice courts as well.

The idea came up during the process of recertifying the courts, which cities must do every four years under state law, Tremonton City Manager Shawn Warnke said at a city council work session last week.

“Garland was wondering if they were going to recertify their court, and they approached us about essentially combining,” Warnke said. “Their expenses have exceeded their revenue with the court.”

Since the two cities now have a unified police department, police officers from Tremonton are now assisting with court cases in Garland. If Garland were to decline to recertify its own court, cases would revert to the county, which would mean officers would have to travel to Brigham City, Warnke said.

Combining the cities’ courts would eliminate that extra burden on officers and could make operations more efficient for both parties, he said.

“We have capacity in our existing court,” Warnke said. “We anticipate that efficiency could be had by cooperating and joining together.”

He said the cities would need to work out a cost-sharing agreement and other terms before making anything official.

“I don’t think (Tremonton) should bear all the costs,” he said.

City councilmembers expressed some skepticism about such a deal. Councilmembers Jeff Reese and Lyle Vance said they would need to review the finances of both operations before proceeding to make sure Tremonton would be getting a good deal.

Tremonton Police Chief Kurt Fertig said he suggested that Garland contact Tremonton about the possibility of combining courts rather than sending their cases to the county.

“In the end, Tremonton’s costs remain essentially the same, and our revenues would actually increase a little bit,” Fertig said.

Any agreement would have to be approved by the councils of both cities.

In a related matter, the Tremonton council last week approved an interlocal agreement to solidify the unification of the Tremonton and Garland police departments. Both cities approved the move in February of this year under a memorandum of understanding, and Fertig said the arrangement has worked very well for everyone involved.

“We’ve achieved so much benefit through it,” he said. “Our investigations division has finally been able to investigate all the cases they have, our extra patrol staffing has been fantastic, and our schools are benefiting from a resource officer being in Tremonton.”

Under the agreement, either city could still end the agreement if it turns out not to be beneficial down the road, but Fertig said he doesn’t see that happening any time soon.

“I don’t think we’d ever want to back out of it, and I think Garland feels the same way,” he said.